Tyler Cameron's journey to find love isn't over yet.

Last week, fans watched Hannah Brown send the season 15 star home on The Bachelorette finale. The Alabama native accepted a proposal from Jed Wyatt but ended up calling off their engagement after learning he had dated another woman before coming on the show. After reuniting with Cameron on After the Final Rose, Brown asked the runner-up if he'd like to grab a drink. Of course, he said yes.

Later that week, a source told E! News Cameron spent the night at Brown's place. While it seemed like the reality stars were ready to give their relationship another go, that perception changed after Cameron was spotted hanging out with Gigi Hadid at New York's DUMBO House days later.

"Gigi is definitely interested in Tyler," a source told E! News, noting that the duo originally met through Instagram. "They met for drinks last night at Soho, and they got along really well. It was very casual, but they were laughing and had a very engaged conversation. Gigi thinks Tyler is really cute and nice and liked that he was a good listener. They have been texting for weeks and have plans to hangout again while Tyler is in NYC. They are both taking things slow but have both made it clear they are interested in each other."

This wasn't their only outing either. Yesterday, E! News exclusively revealed the two spent some time at New York's Frames Bowling Lounge.

As for Cameron's relationship with Brown, a second source said "it's probably not going to amount to much right now"—especially since Brown recently moved to Los Angeles and "it's geographically challenging."

"Tyler is single and is going to date around. He's definitely not tied to Hannah or picking up where they left off on the show," the insider says. "He's having fun and not taking anything seriously. He's getting a lot of attention right now and is just going to see what happens."

Hadid isn't the first celebrity to take an interest in a member of Bachelor Nation. To look back at other stars who've dated celebs from the franchise, check out the gallery below. 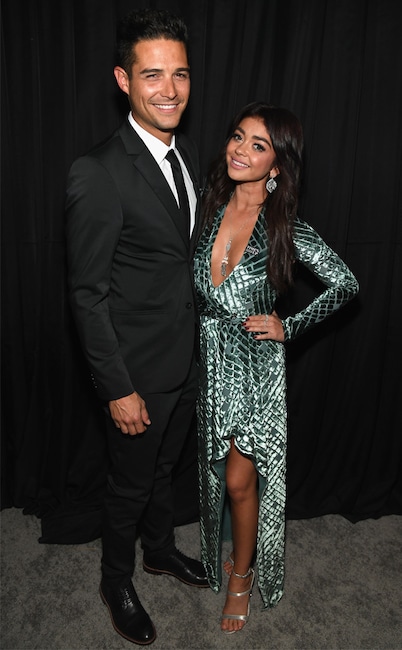 Back in the day, Wells Adams vied for JoJo Fletcher's affection on her season of The Bachelorette, but she sent him home during their one-on-one date. Adams and Hyland's love story all commenced on Twitter with many thanks to a Harry Potter reference that Adams made about fellow competitor Chad Johnson. Adams joined Bachelor in Paradise as the much-adored bartender (never forget his "scallop fingers" reenactment) and his relationship with Hyland went full-force after. Adams moved to Los Angeles from Nashville over the summer, and the two of them continue to be the some of the funniest and realest couples around. They also recently got engaged! 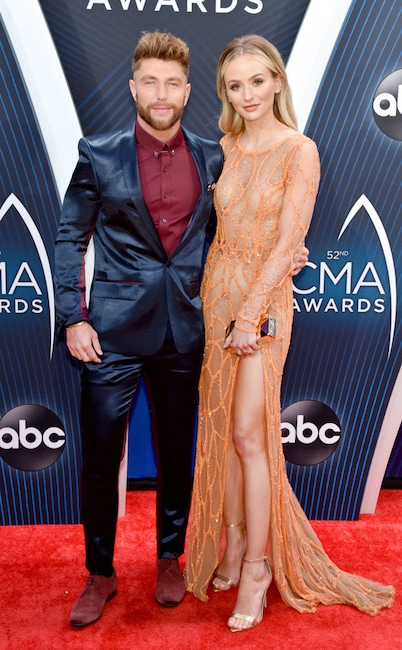 Lauren Bushnell won Ben Higgins' season of The Bachelor, but the couple parted ways in 2017 after about a year (his season aired in the beginning of 2016). After dating businessman Devin Antin, Bushnell has since started dating country music singer Chris Lane. The two of them posed on the red carpet together in November at the 66th Annual BMI Country Awards in Nashville. They then arrived at the 2018 Country Music Awards together and continue to post cute Instagram photos together. They also are getting ready to tie the knot. 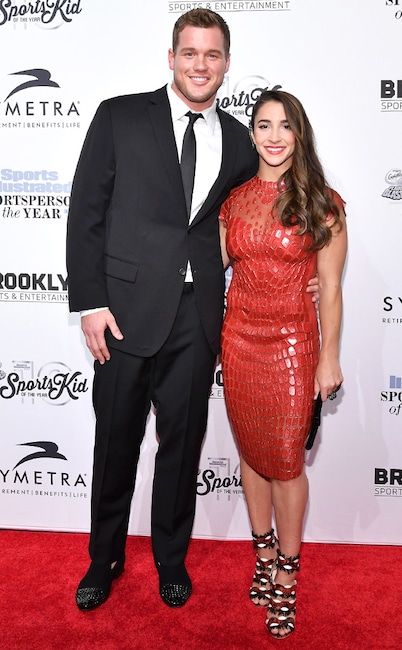 Before being the main man in Bachelor Mansion, Colton Underwood dated Olympic gymnast and advocate Aly Raisman. The former football pro asked her out in a cute video and then their Twitter flirting became the real thing. They hit the red carpet together in 2016 at the Sports Illustrated Sportsperson of the Year Ceremony a few months after the video. Raisman and Underwood split in 2017. 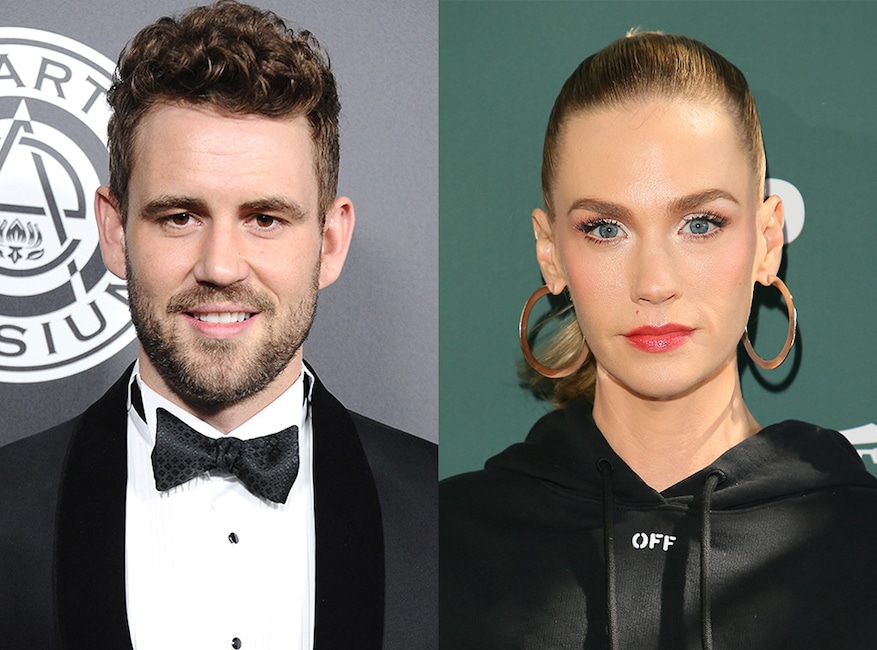 This duo's an example of hearsay. After flirting a bit on social media, the former Mad Men star told the world that she wasn't actually dating Viall. Jones called him a "friend of mine" and said that she was single. 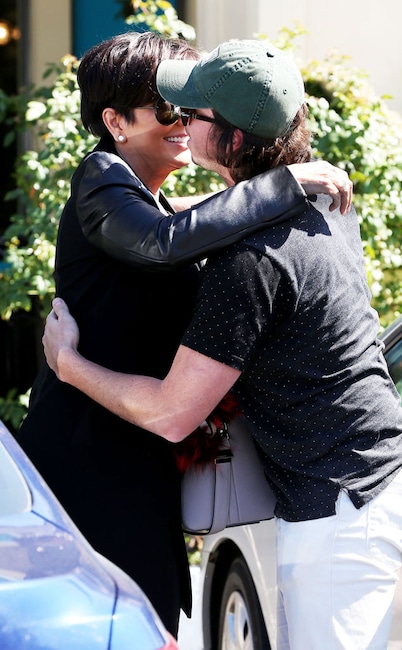 This one is merely a capital-R Rumor. After his season of The Bachelor, Ben Flajnik was seen hanging out with KarJenner matriarch Kris Jenner in 2013. Rumors of their romance began to swirl, but Kris quickly put the kibosh on it. "Ben and I are good friends," she said in an exclusive statement to E! News at the time. "I think he is a great guy but we aren't dating!" 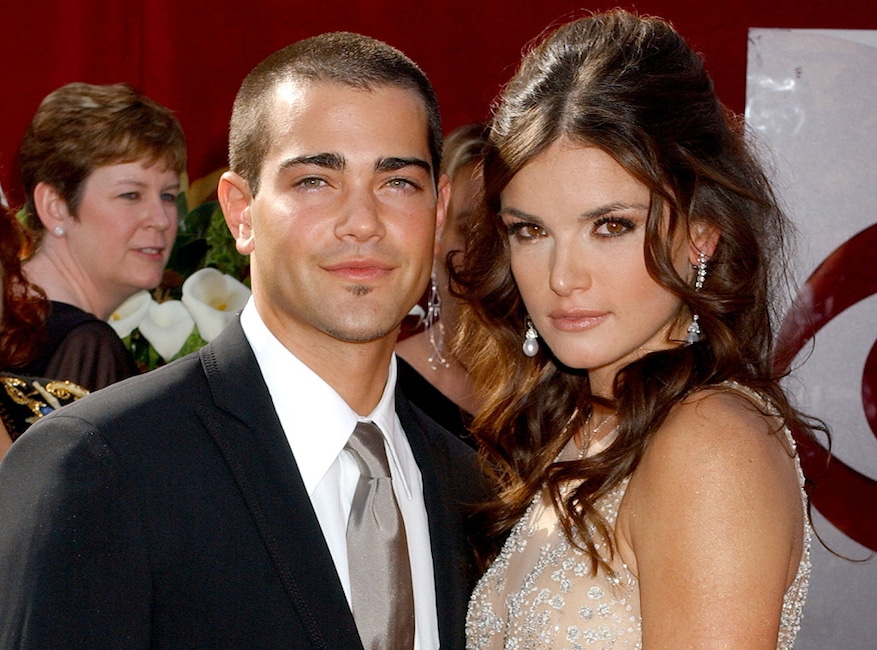 The John Tucker Must Die star had a bit of a fling with Ben Flajnik's ex-fiancée Courtney Robertson. They met in 2004 apparently and she wrote all about their romance in her book I Didn't Come Here to Make Friends: Confessions of a Reality Show Villain. This photo of them together was taken in 2005. While she provided some, uh, not PG-rated details in her book about her trysts (she was also apparently involved with Adrian Grenier and Gerard Butler), Metcalfe didn't really care to comment about their relationship. In 2014, he told Huffington Post, "I don't want to help her writing career more than I already have." 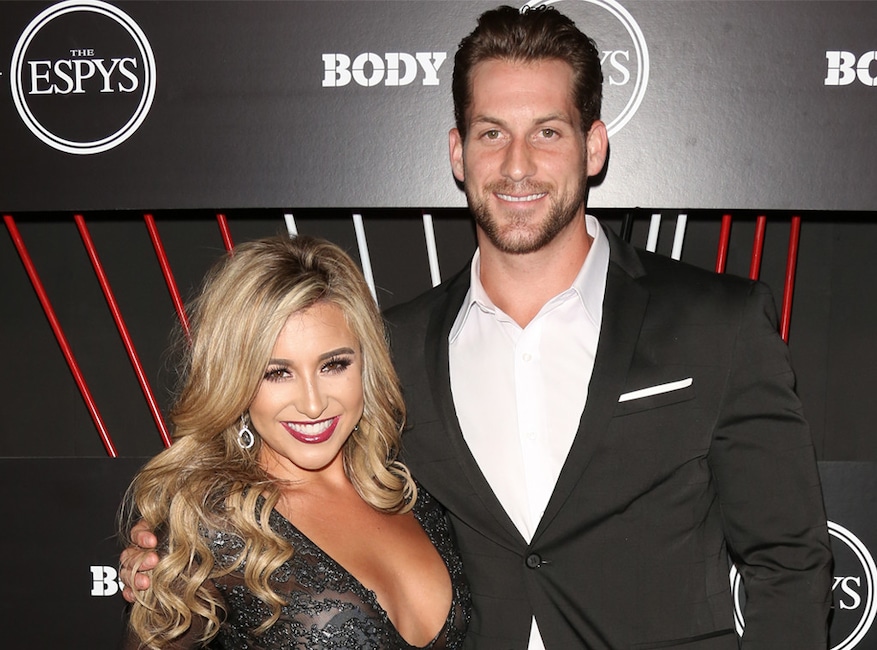 Chase McNary made it really far during JoJo Fletcher's season of The Bachelorette, but she sent him home and ended up engaged to Jordan Rodgers. Since departing The Bachelorette, McNary has appeared on other reality shows, including MTV's Ex on the Beach. He had a brief fling with pro golfer Chelsea Lynn Pezzola as well as conservative TV commentator Tomi Lahren. He told Us Weekly in January 2017 of Lahren, "We were talking for about two weeks, but we weren't in the same place, so we went our separate ways."

It looks like fans will just have to stay tuned to see how this Bachelor journey ends.

TAGS/ The Bachelorette , The Bachelor , VG , Gigi Hadid , Top Stories , Apple News
GET POP CULTURED!
*Email entered incorrectly. Please try again.
By subscribing to our newsletter you agree to the Privacy Policy and Terms of Use
Daily
Weekly