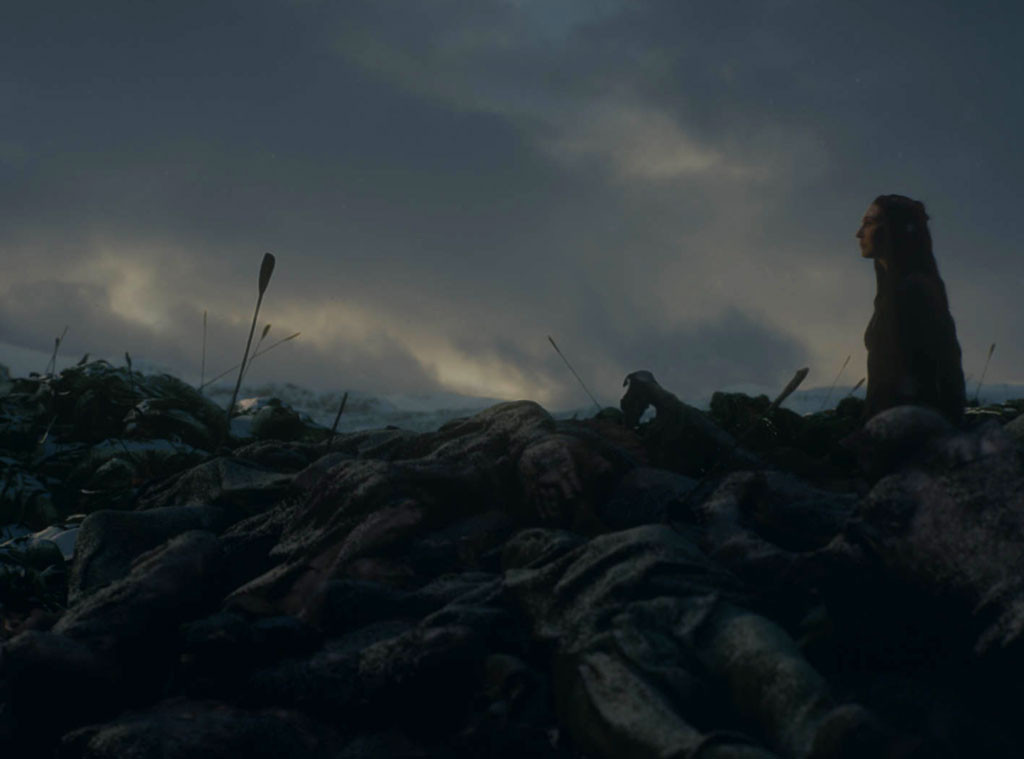 It's been over a month since we said goodbye to everybody's favorite love/hate show, but if you think we're done talking about it, you're wrong!

Today, we're talking about the nudity, a thing the show became famous for pretty early on and then never really shook, even as the nudity became a lot less frequent. It was particularly known for showing breasts, and of the main cast, Emilia Clarke's Daenerys Targaryen was most remembered for having to take off all her clothes—occasionally at the request of her brother.

Carice van Houten, who played Melisandre, also bared quite a bit of skin over the seasons, and in a new interview with Deadline, she talked about the experience of going nude in both Game of Thrones and the 2006 movie Black Book.

Game of Thrones Stars Reflect on Their Now-Iconic Characters

"Yes and no," she said when asked if she ever felt uncomfortable about the nudity. "It wasn't my favorite thing in the world at all. But yes, in Black Book, I experienced nudity on set. The Dutch are quite open-minded, we're a bit easier with that. but it's never comfortable being the only one undressed on set. It was before I had a child. I would be more uncomfortable now. The times have changed in many ways. Back then, it was all a little overwhelming. No one forced me into anything, but in hindsight, I might have been a little more cautious with it."

When asked about the #MeToo movement's affect on how much less nudity there was in later season of Game of Thrones, van Houten said, "It also showed that you don't need it."

Clarke made her feelings on the matter clear in a THR roundtable interview in May, where she opened up about how frustrating it is that she still gets asked about the nudity, despite not having done any in many seasons.

"But the last time that I was naked on camera on [Game of Thrones] was a long time ago, and yet it is the only question that I ever get asked because I am a woman," she said in reference to having famously not wanted to star in Fifty Shades of Grey. "And it's annoying as hell and I'm sick and tired of it because I did it for the character—I didn't do it so some guy could check out my tits, for God's sake." 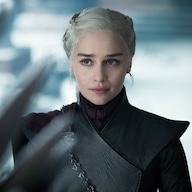 That doesn't mean Clarke wasn't proud of having said yes to baring it all for certain scenes, like when Daenerys emerged from a fire, with all her clothes burned away but her body completely unscathed.

"In drama, if a nude scene forwards a story or is shot in a way that adds insight into characters, I'm perfectly fine with it," she wrote on Instagram in 2015. "Sometimes explicit scenes are required and make sense for the characters/story, as they do in Westeros. If it's gratuitous for gratuitous sake, then I will discuss with a director on how to make it more subtle. In either case, like a good Mother of Dragons, I'm always in control."

While not every scene that involved nudity actually needed that nudity, the ones that actually did weren't important because of that nudity, so it makes sense that even if Clarke felt fully in control and proud of those scenes, it's not the nakedness she (or anybody) wants to be asked about.

Van Houten also opened up about a particular scene that involve no nudity, but has stuck in the minds of viewers for years. In season five, Melisandre convinced Stannis to sacrifice his own daughter to the Lord of Light, and then we watched Shireen burn at the stake. Van Houten says she would likely look at that scene very differently now.

"I wasn't a mother back then," she told Deadline. "I think I would have found it more troubling now. Of course it's fiction, but that was raw and gruesome. I remember first reading it and thinking, 'are we actually going to do this scene?'"

They did do the scene, and for that reason, no matter how helpful Melisandre became, we've still never forgiven her.

You can read her full interview on Deadline.

Game of Thrones aired on HBO.

TAGS/ Game Of Thrones , TV , Top Stories , Entertainment , Apple News
GET POP CULTURED!
*Email entered incorrectly. Please try again.
By subscribing to our newsletter you agree to the Privacy Policy and Terms of Use
Daily
Weekly