It's the feud the beauty community never saw coming: James Charles and Tati Westbrook are no longer friends.

After weeks of drama and speculation, Tati released a 43-minute video expressing the hurt and dismay she felt over James Charles' recent actions. Fans are in shock over the dramatic fallout since the gurus are two prominent members of the beauty community who frequently collaborated on videos and appeared to be close.

For those who are unaware of the ongoing drama, here's what you need to know: On April 22, James ignited backlash with his Instagram Story promoting Sugar Bear Hair Care vitamins, which is a competitor to Tati's hair supplement company, Halo Beauty. Tati, who James has heralded as his mentor, then shared on Instagram that she felt "betrayed" and "lost" amidst the controversy. She never specifically mentioned the individual who "used" her, but people were able to put two and two together.

James, who has over 16-million followers on YouTube, later apologized to Tati in a tearful Instagram video. "I want to publicly apologize to my close friend, Tati," the 19-year-old explained, according to Newsweek. "She has been like a mother to me since my first days in this industry and has given me more love, support, resources and advice than I could ever ask for."

He added, "This weekend I did an Instagram story for sleep vitamins that I've been taking because the brand helped me with security when the crowd around me at Coachella became unsafe. I did not accept any money from this post."

Charles went on to say that he didn't think of the consequences of his actions. In her video, Tati alleges James Charles is lying about the reasons behind his sponsored post.

James' tearful apology and Tati's subsequent silence on the topic was dramatic enough, but fellow YouTuber Gabriel Zamora took it up a notch by calling out Tati for her "fraudulent behavior." Gabriel said, "All these videos are being made where James is being made out to be this horrible human being and i'm just confused as to what happened." Zamora explained that he doesn't see any wrongdoing on James' behalf and Tati was making it a big deal in the name of self-promotion. 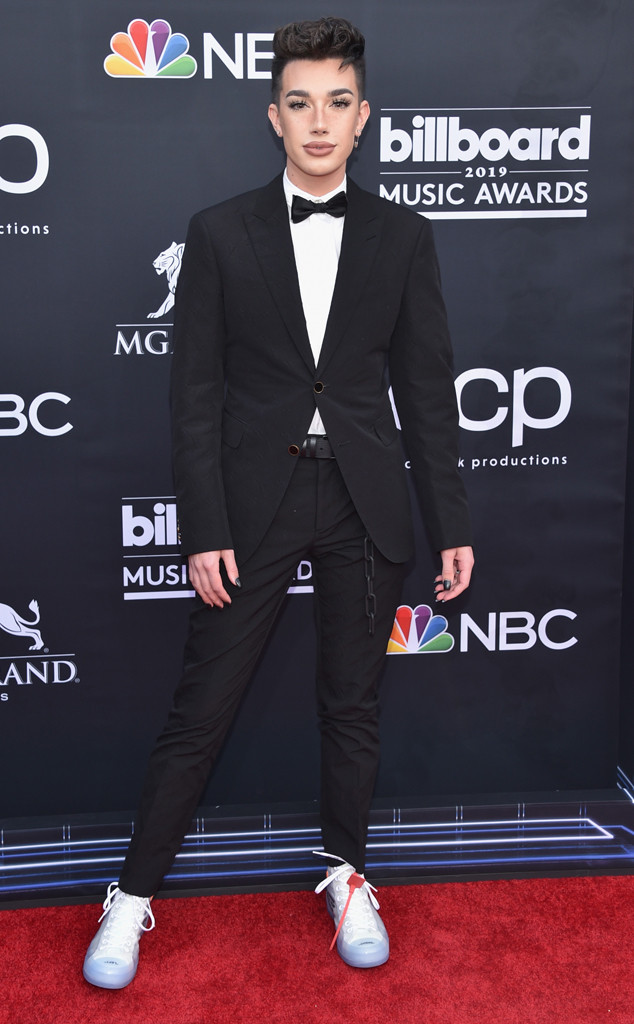 This seemed to be Tati's boiling point, because she is now sharing her side of the story in a video titled, "Bye Sister," on YouTube. "This is going to be intense, different and this is absolutely not a video I ever thought, in a million years that I would be making," she starts. "But I feel, after a lot of thought, that it's necessary for me to have a chat with you guys."

In summary, Tati explains that she has always supported and promoted James Charles without the expectation of anything in return. "My relationship with James Charles is not transactional. I have not asked him for a penny, I have never been on his Instagram," she says.

On the other hand, Tati claims to have arranged brand deals, contracts and various other opportunities for him because she wants "to see people grow and step into themselves." Her efforts were also aided by her husband James Westbrook, who she feels Charles also disrespected.

Among the many reasons that she is cutting ties with James is her belief that he is ungrateful for the opportunities he has been given and perceived unwillingness to help others. "How entitled do you have to be to think that you have it rough? You are a 19-year-old millionaire. You do not get to wake up and stress out about how unfair your job is. That is so ridiculous to me," she vents. "Get off your high horse and have some respect. You don't have any for the people who are in this industry and that's the sad fact."

She also seems to take issue with the fact that she would frequently have him as a guest on her channel, which boasts over six-million followers, but he rarely invited her to his.

So blessed to have this amazing soul in my life ❤️ @jamescharles Thank you for helping me feel so beautiful on such an important day ... your talent is out of this world, but you as a person are even more impressive & special. I'm keeping you close as a friend forever. Love you so much Sister 😘😘😘 Photo Credit: @kaua_wedding_photography

Moreover, she feels that James needs to be a better role model for his audience which is "made up of 12 and 14-year-olds dominantly." Tati says, "His behavior online is what they are seeing and emulating to be successful and adored by the masses. Everything is over sexualized and that's the huge under-layer to this that I've finally have had enough."

The final straw for Tati was James Charles' alleged decision to go to YouTube gossip bloggers with information that would shed a positive light on his actions. Tati says she was willing to bury the hatchet and keep her feelings to herself since she has a "forgiving heart," but upon hearing the news she decided she was fed up. "You sold out me, but you threw away our friendship. You lied to me, made up a story, you knew this would be embarrassing for me. No our relationship is not transactional. I have never asked you for anything in return,"she concludes.

James Charles later apologized in an 8-minute video of himself. The YouTube star took on a somber look with a bare face and black hoodie, as he stated, "I hate knowing that I disappointed not only [my fans], but two people that have been role models for me doing this."

"What sucks the most is that I know there's nothing I can say or do to ever earn that friendship or trust back but I don't blame them for it," the 19-year-old adds. "A lot of the time when I've had to address things in the past, I've acted out of impulse and I've gone off and tried to pull receipts or facts or screenshots and play the victim and I'm not doing that today, I'm not. That is all I have to say, I'm sorry."

James Charles is currently on a world-wide meet and greet tour, with tickets costing upwards of $500. However, is is unclear how the YouTube star will proceed in light of the controversy.