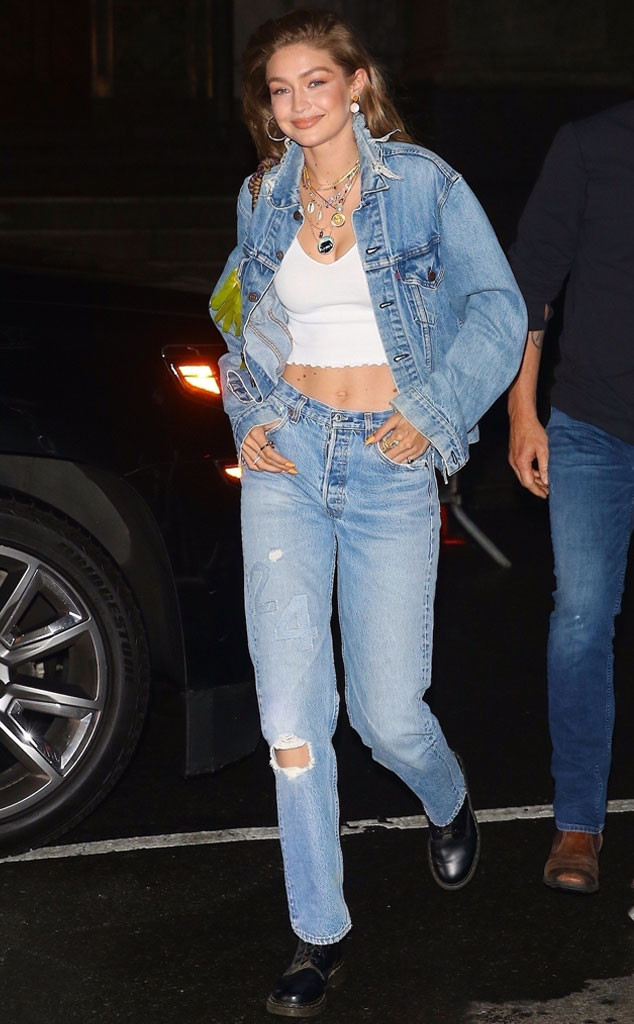 "Mohamed and Yolanda brought out a cake in the shape of a '24' for Gigi and the entire room sang happy birthday to her," a source tells E! News. "Everyone was drinking champagne and tequila and cheersed Gigi with birthday shots after she blew out her candles on the cake. Gigi had a huge smile on her face and looked so excited to be celebrating." 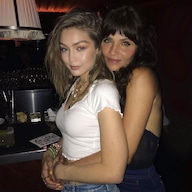 "Gigi and Bella were the life of the party," the insider shares. "They were having a great time and everyone was taking photos of them. They then pulled Yolanda to dance with them and were dancing with their mom. It was a really cute moment."

"At one point, everyone was dancing together circling around Gigi in the restaurant as the DJ was blaring music," the source adds. "Gigi and Bella were dancing to Drake and Rihanna most of the night and were having a blast together." 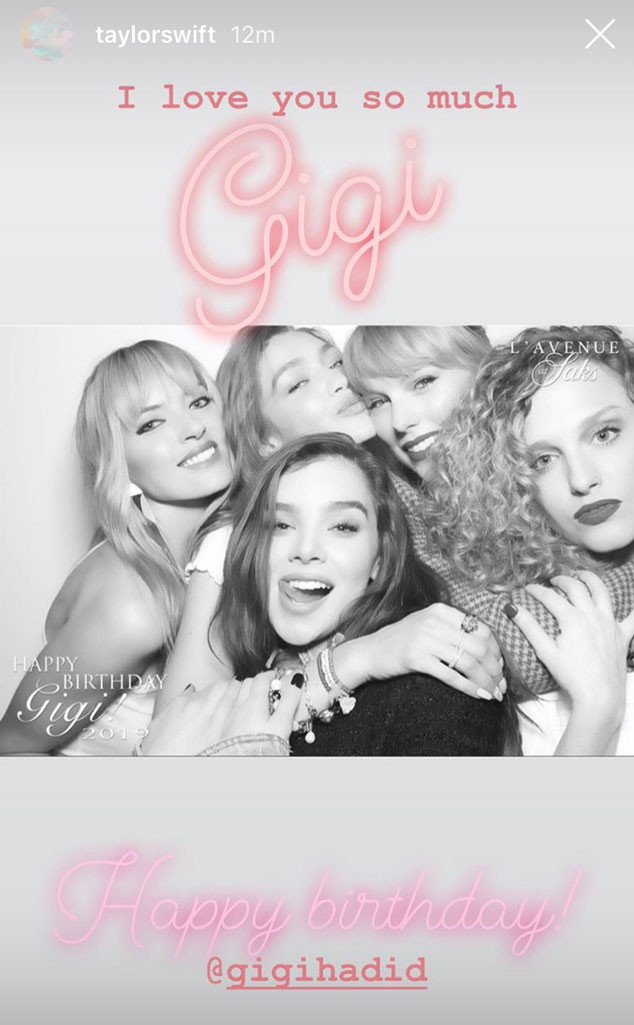 The birthday girl also got to spend time with her BFF T.Swift at the bash.

"They were both smiling and taking photos together on their phones," the source tells us. "Taylor looked really happy. She was very relaxed but looked happy to be there. She was bopping her head to the music, dancing a bit. Gigi was super excited to see Taylor and they gave each other a huge long hug."

While at the party, guests enjoyed appetizers of Gigi's favorite foods such as pasta, sliders, mac and cheese, as well as macaroons for dessert. Take a look at all of the party pics below! 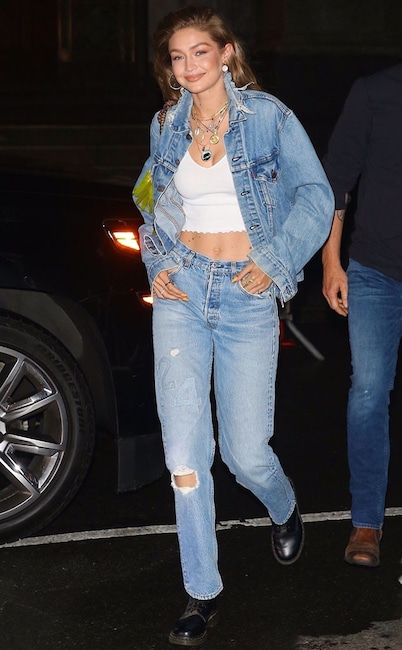 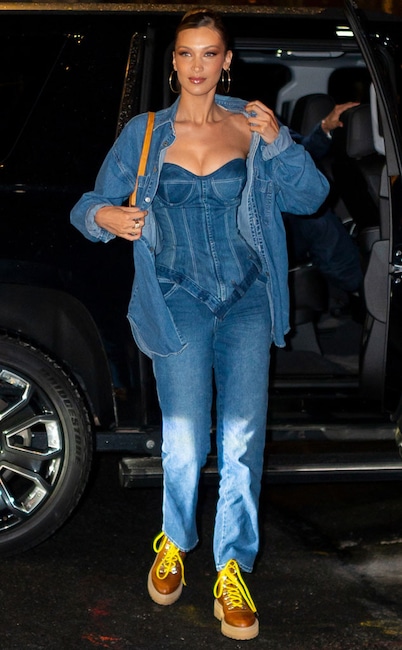 The supermodel wears a custom bustier by Denimcratic for her sister's bash. 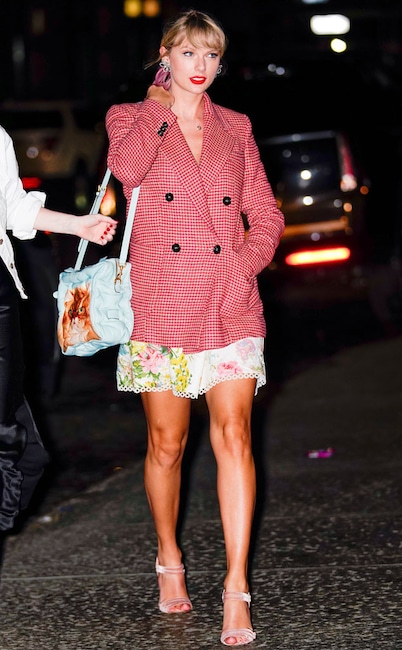 The superstar singer arrives in style to the party, wearing a floral dress by Zimmermann, a Mango houndstooth coat and an Anya Hindmarch purse (with a cat on it, of course!). 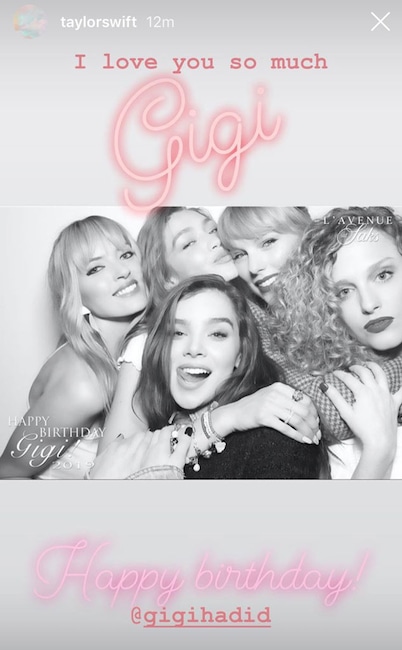 T.Swift shared this cute photo with Gigi, Martha Hunt, Hailee Steinfeld and bestie Abigail Anderson on her Instagram Stories. "I love you so much Gigi," the singer captioned the group pic. "Happy birthday!" 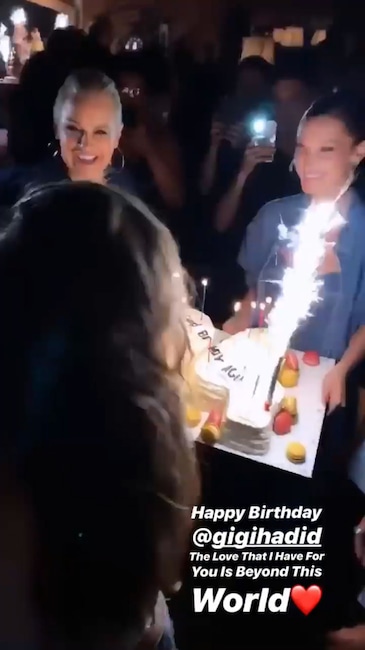 Makeup artist Patrick Ta posted a video of the birthday girl's cake at the bash. "Happy birthday @gigihadid," Patrick wrote on Instagram Stories. "The love that I have for you is beyond this world." 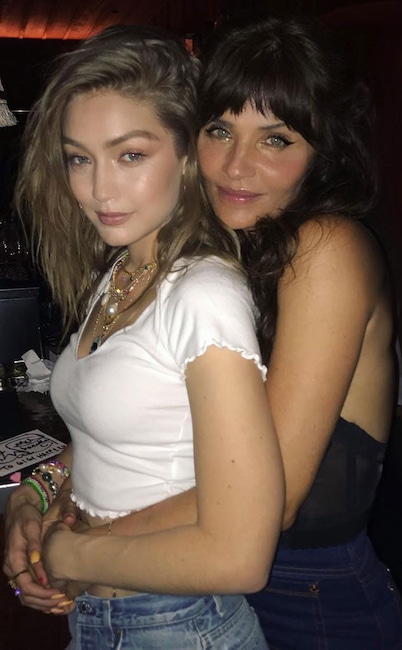 "They come around once in a blue moon, a unicorn girl lighting up the world in magical rainbow colors, sprinkling glitter all around leaving a trail of gold dust wherever she goes," supermodel Helena Christensen captioned a series of pictures from the bash on Instagram. "Happy birthday beautiful girl @gigihadid." 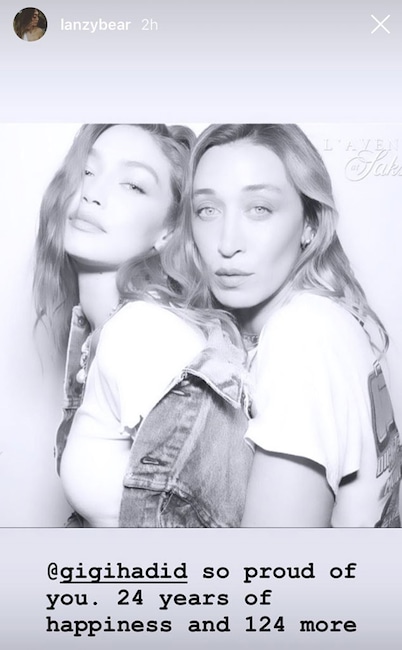 Alana Hadid posted this photo with her sister to social media, writing, "@gigihadid so proud of you. 24 years of happiness and 124 more." 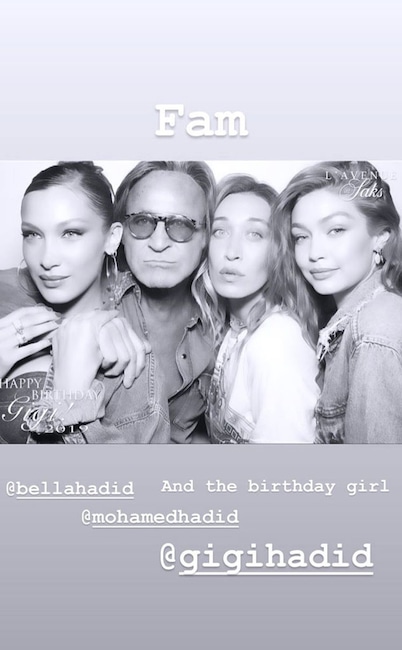 Bella, Mohamed, Alana and Gigi pose for a family pic in the photo booth. 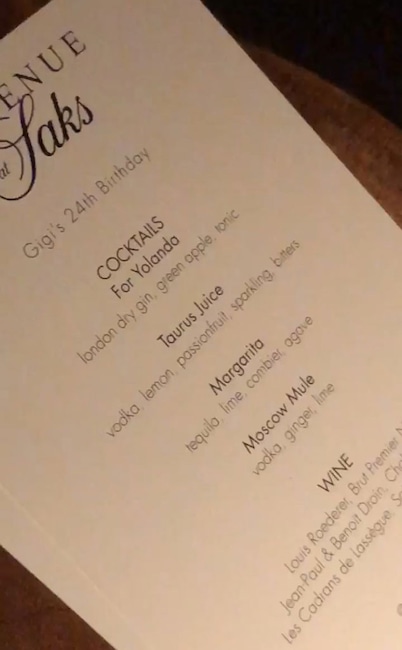 Cocktails available at the bash included the "For Yolanda" drink, as well as "Taurus Juice," a nod to Gigi's Taurus astrological sign. 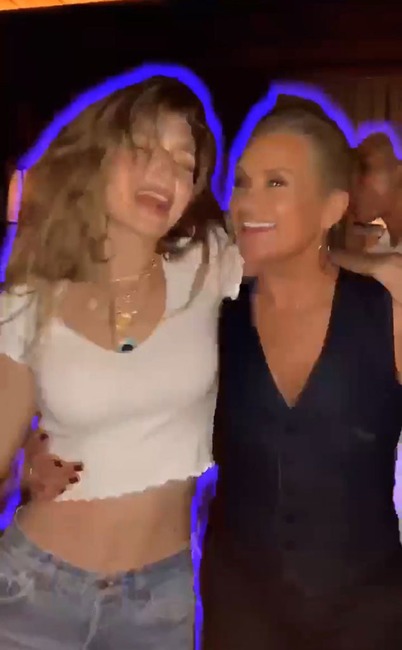 Gigi and Yolanda danced to Rihanna and Calvin Harris' hit song "We Found Love" at the party. 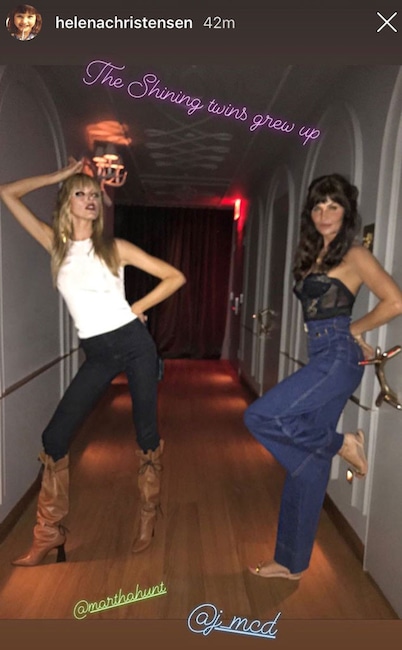 Strike a pose! The supermodels showed off their denim outfits on Instagram. 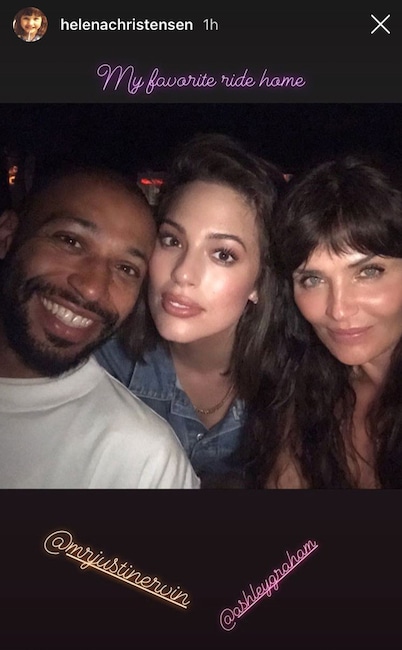 Helena shared a photo with supermodel Ashley Graham and her husband, Justin Ervin. 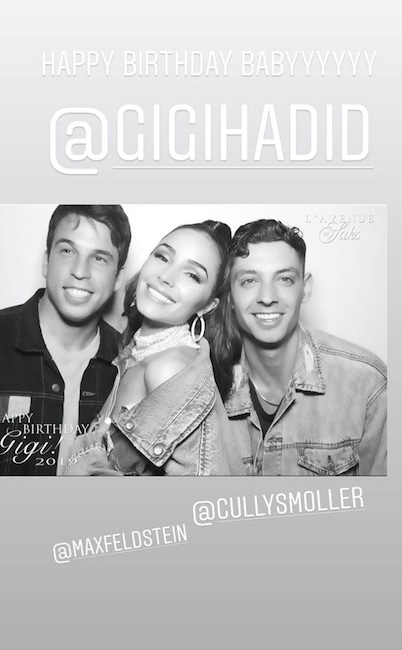 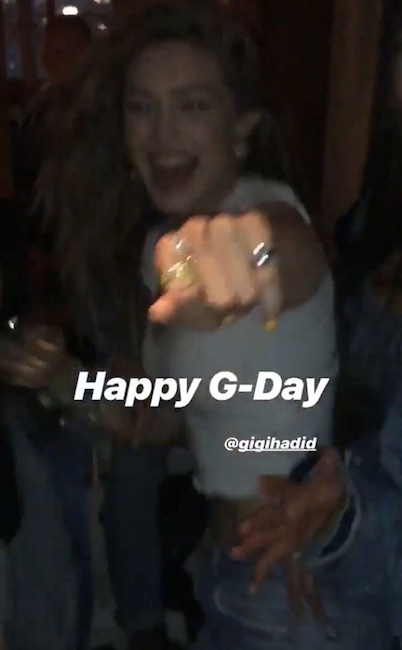