Step Up or Strip Down, Because It's Channing Tatum's Birthday! Celebrate With His Best Roles 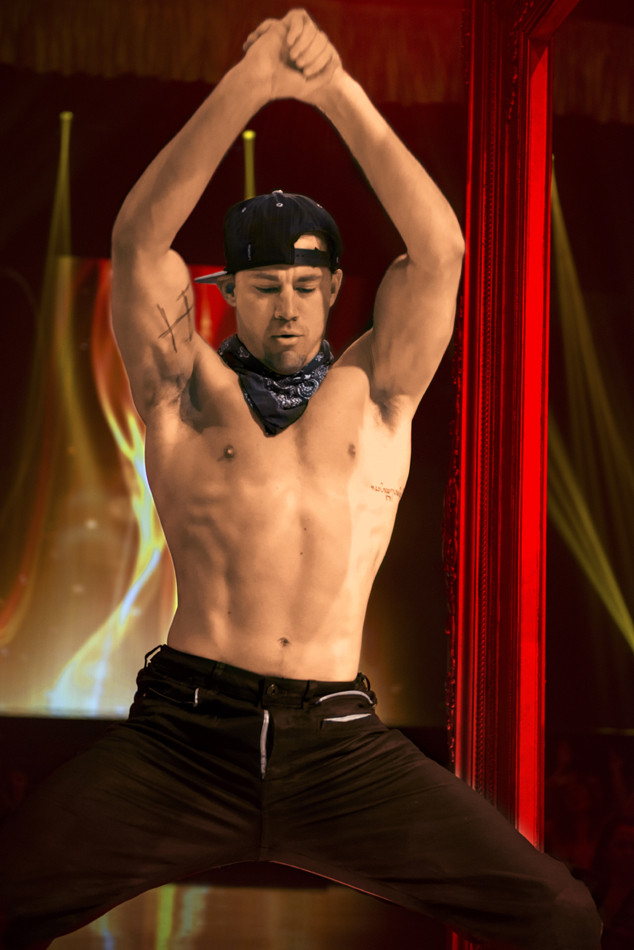 Step up your game and get ready to break out your best dance moves, because today is Channing Tatum's birthday.

The Alabama native turns 39 years old today and let's be honest, this guy just gets better with age.

When we go back to his first few film roles including Coach Carter and She's the Man, it's clear that Tatum was a dreamy star in the making, but throughout his career he's grown in more ways than one.

His acting has gotten better and better, his dance moves have continued to impress and his bod has become even more dreamy...you know we're not lying.

Whether you still watch Tatum as Tyler Gage in Step Up and imagine being his dance partner, or are a fan of his stripper work in Magic Mike and its sequel Magic Mike XXL, there is a lot to celebrate when talking about the birthday boy. 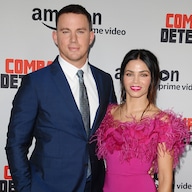 Tatum has come a long way since his early days as an actor and we cannot wait to see what he does next.

Ideally all of his roles will feature some sort of singing and dancing like the recent Hail, Caesar! film where he danced as a sailor, but really we'll take any Tatum movie these days.

While dancing is how he really got his foot in the door, over the years action movies have become one of his many go-to roles as well. There's been the 21 Jump Street movies, The Eagle and White House Down to name a few.

Plus, who can forget his romance films including The Vow and Dear John? He has so much range!

In honor of Tatum's birthday we want to know which of the actor's past roles is your favorite to watch? It's hard to choose, but we think you can do it. 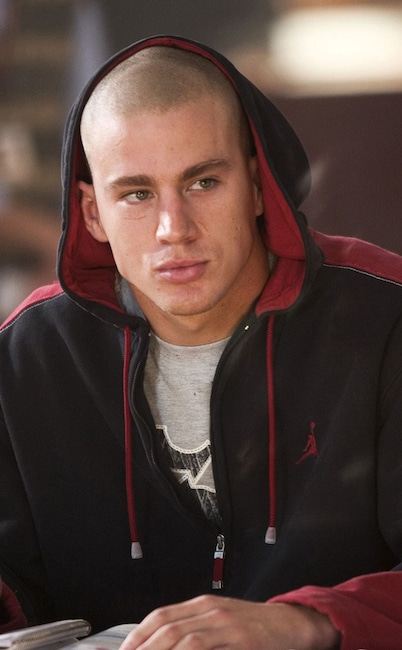 In 2005, Channing Tatum made his big screen debut as Jason Lyle, one of the basketball players on Coach Ken Carter's (Samuel L. Jackson) team, who were all benched after breaking their academic contracts with him. 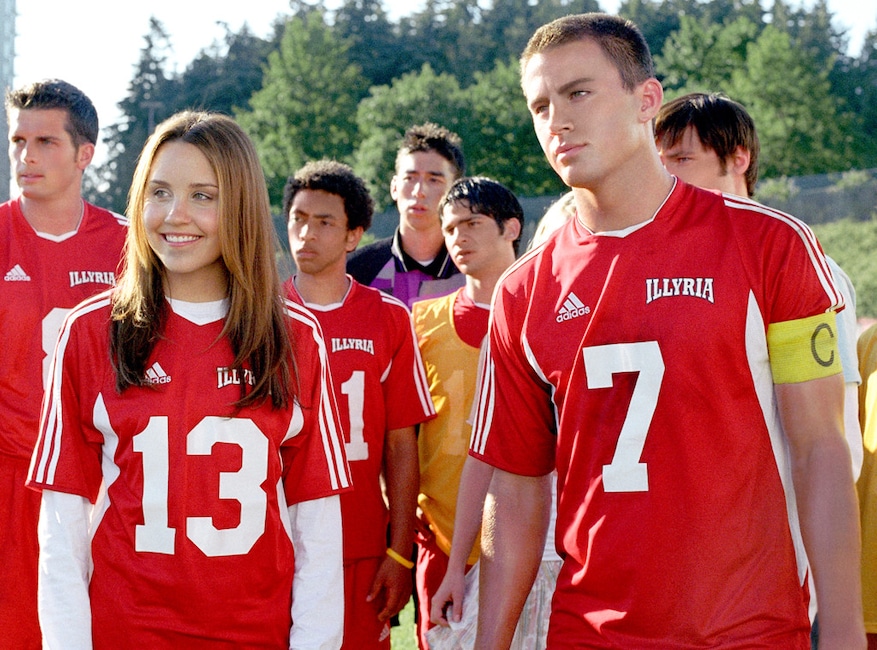 A year later, the Alabama native played Duke, the hot soccer player who Amanda Bynes' character Viola falls for while pretending to be her brother and playing soccer alongside him in She's the Man. 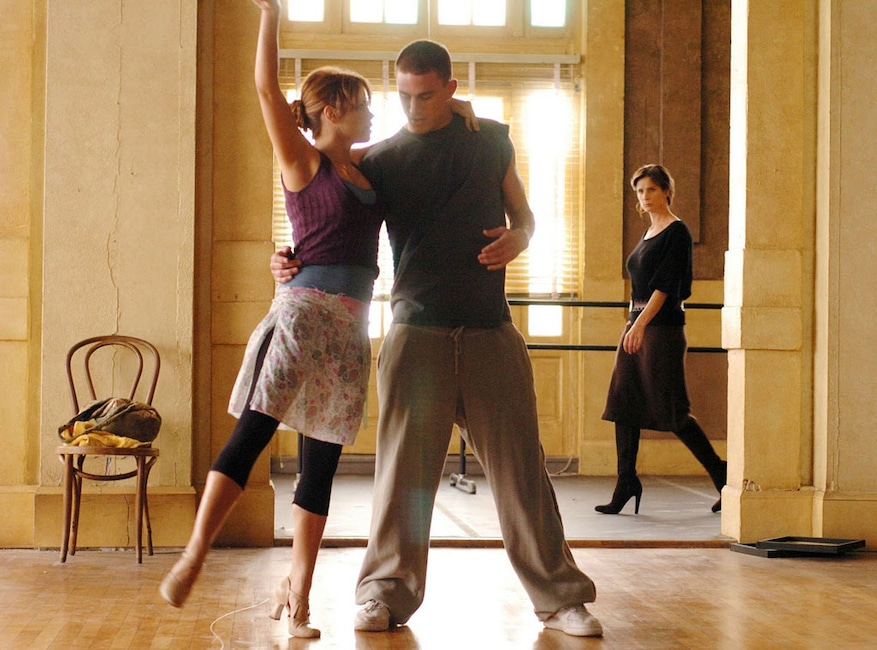 Tatum takes the lead in this romantic dance film as Tyler Gage, a teen from the streets who after being caught vandalizing the local performing arts school starts to dance there, with one of the best in the school, Nora (Jenna Dewan), in order to earn a scholarship and go there for real. 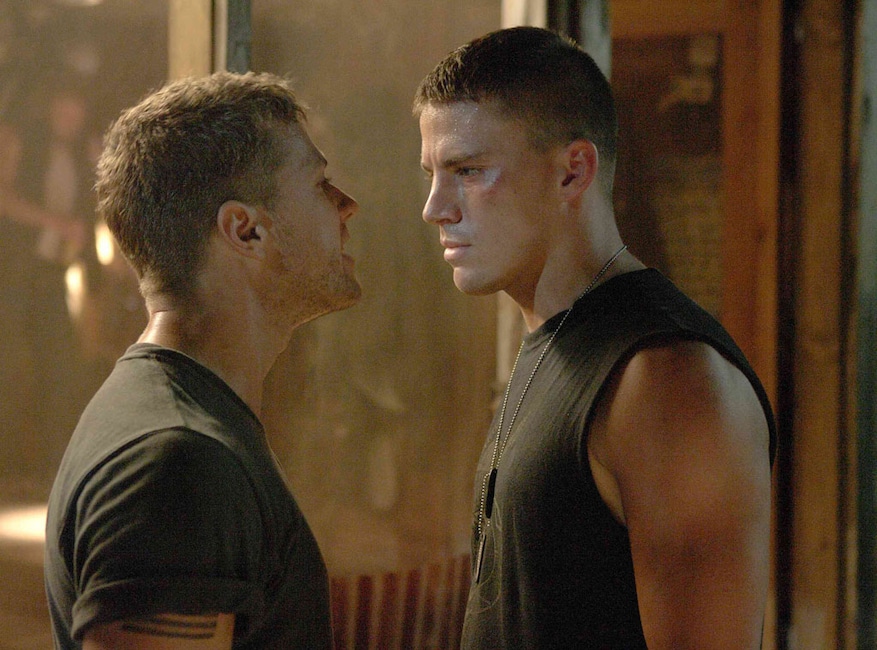 The 2008 war drama features Tatum acting as as a U.S. Army Sergeant during the Iraq War. The movie also stars Ryan Phillippe and Joseph Gordon-Levitt. 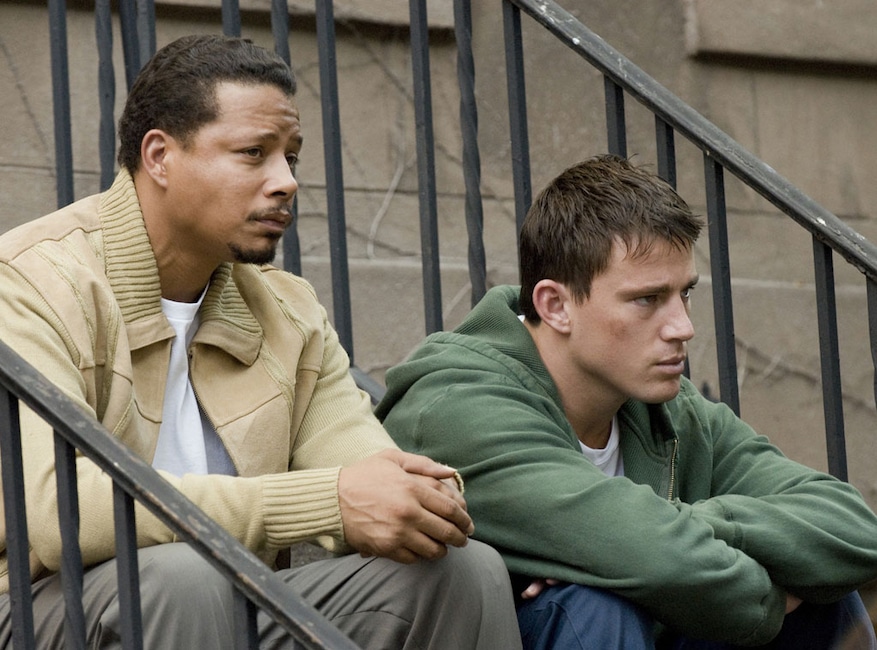 As a street hustler in New York City, the actor's character must redeem himself after a gang of young men force him to relocate to a new street corner. 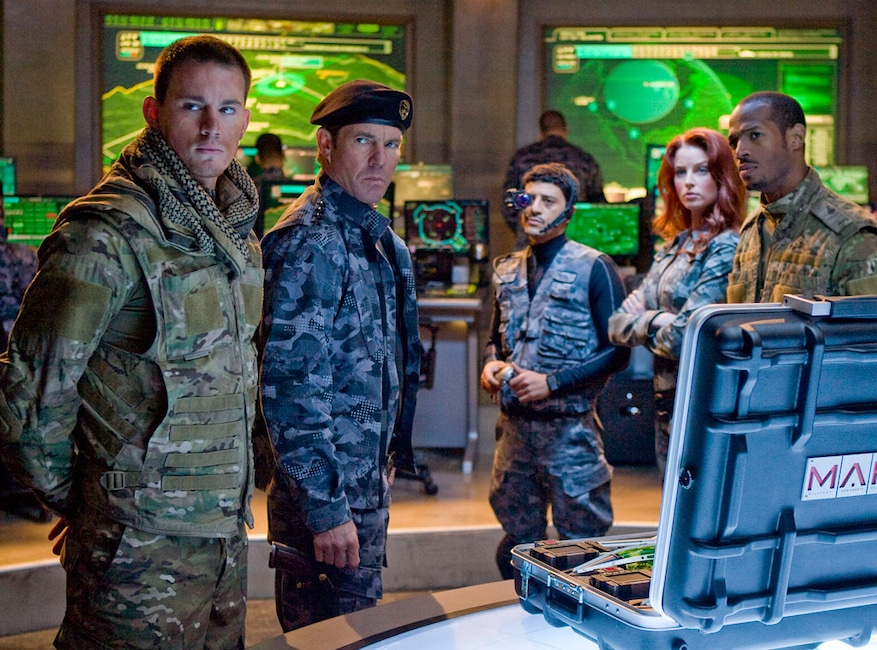 G.I. Joe: The Rise of Cobra

In the first installment of the live-action film series, Tatum acts as an American soldier leading NATO troops. The 2009 military-science fiction-action flick earned more than $300 million at the box office, over half of which was earned internationally. 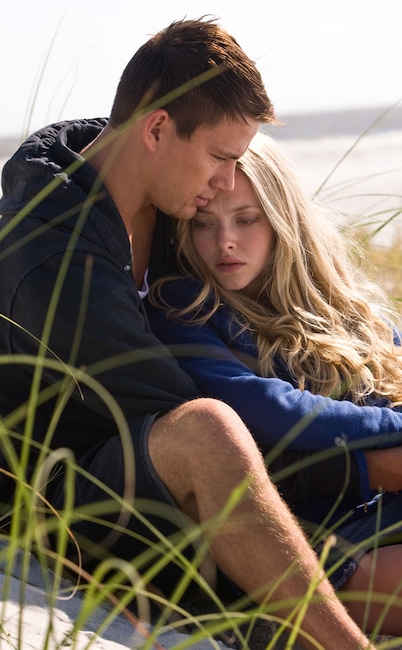 In this romantic drama-war film, the actor stars alongside Amanda Seyfried as they maintain a long-distance relationship through letters. 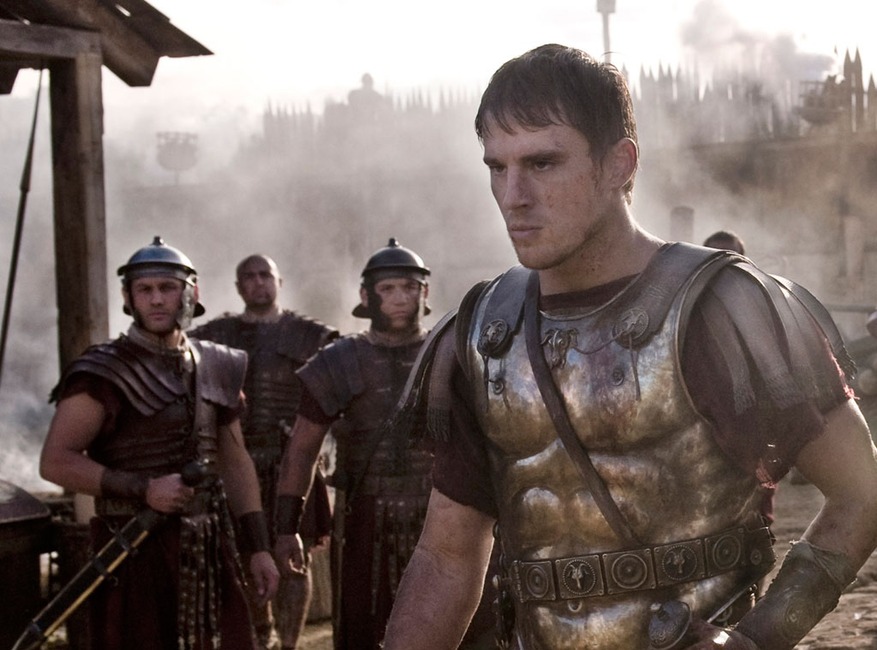 Alongside Jamie Bell and Donald Sutherland, Tatum stars in this epic historical drama as a young Roman officer who strives to recover a lost Roman eagle standard from his father's legion. 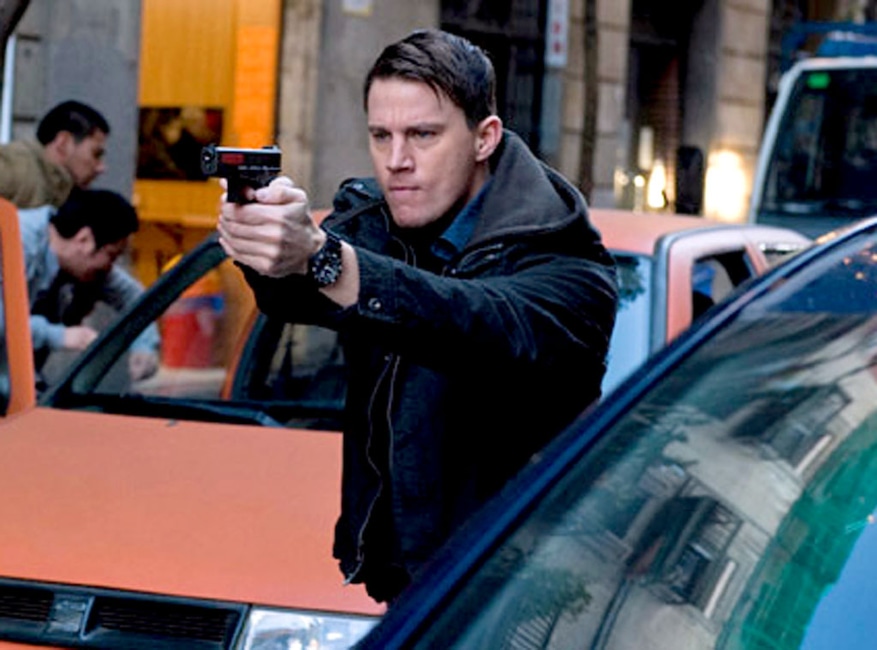 Praised as a well-executed spy thriller, this $32.4 million-grossing film features Tatum pursuing a member of a freelance special ops team on the run. 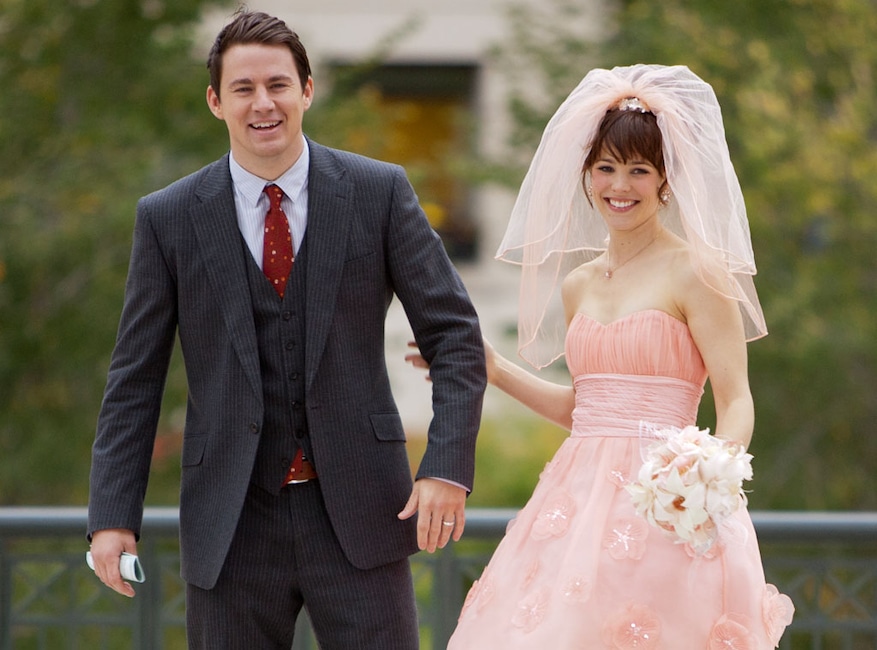 Tatum and Rachel McAdams star in this 2012 romantic drama, where Leo (Tatum) must try to win his wife Paige's (McAdams) heart again after she suffers severe memory loss following a terrible car accident and doesn't remember being married to him at all. 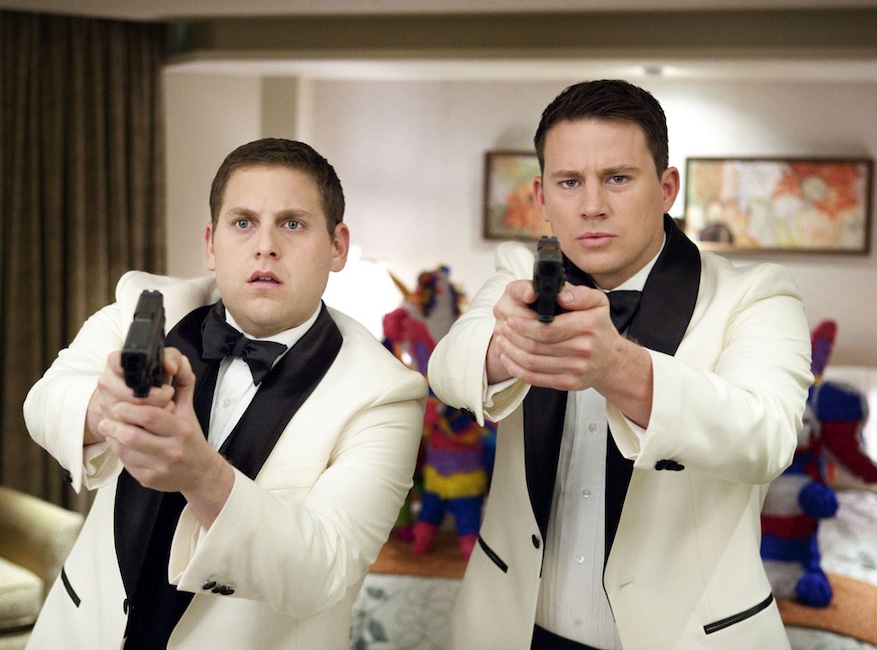 The 39-year-old actor plays an underachieving jock and later undercover cop who returns to high school to sniff out a drug dealer with former nerd and now best friend Schmidt (Jonah Hill). 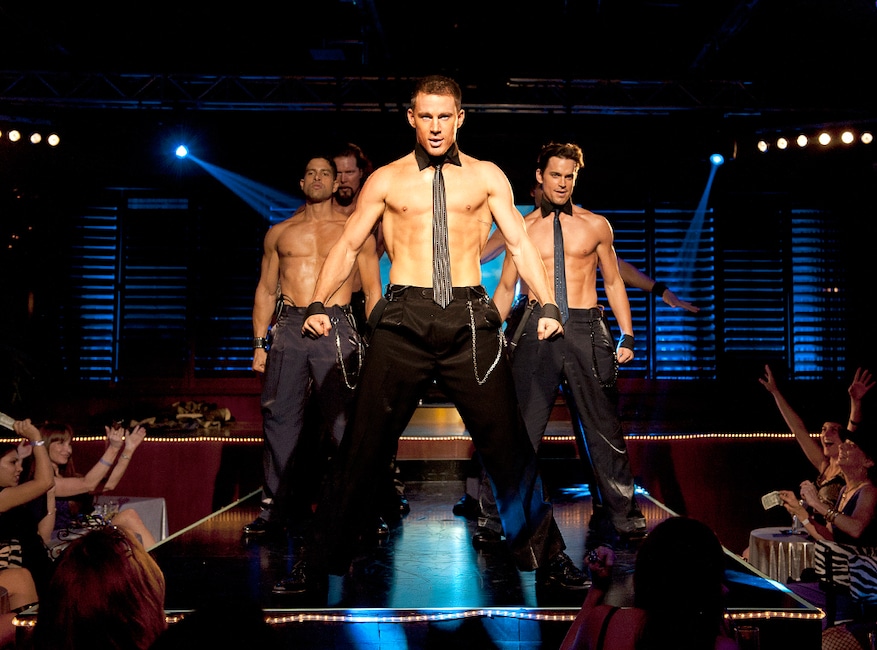 Alright, alright, alright! The actor plays the part of a conflicted male stripper in this 2012 comedy-drama that also stars Matthew McConaughey, Matt Bomer and Alex Pettyfer. In 2013, Tatum reprised his role as Duke as the G.I. Joes teamed back up to fight their mortal enemy Cobra once more while also dealing with threats from within the government that could change their lives forever. 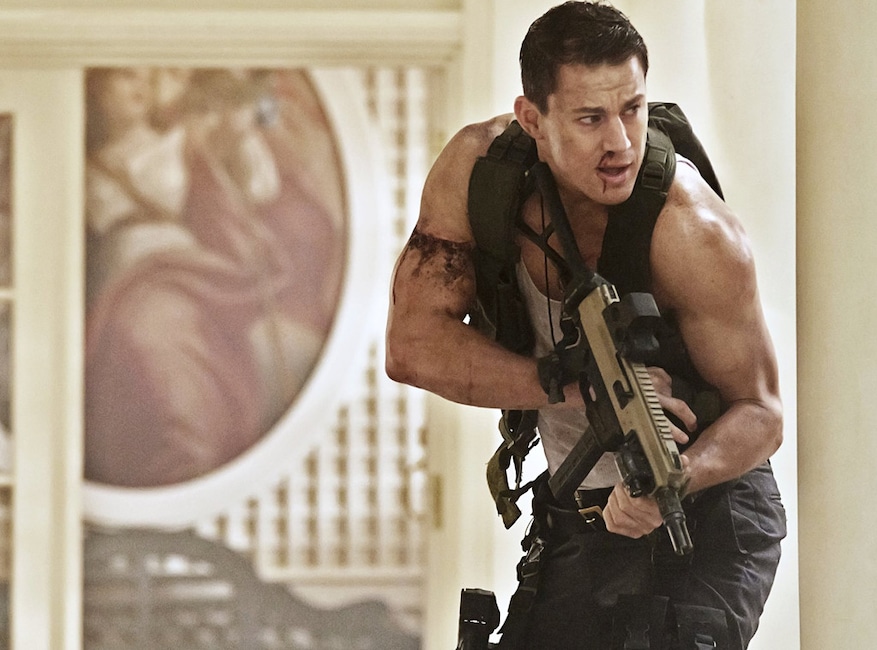 Acting as a divorced US Capitol Police officer, Tatum's character finds himself as the only man able to save President Sawyer (Jamie Foxx) after an attack happens on the White House while he is there interviewing for a job...that he doesn't get. 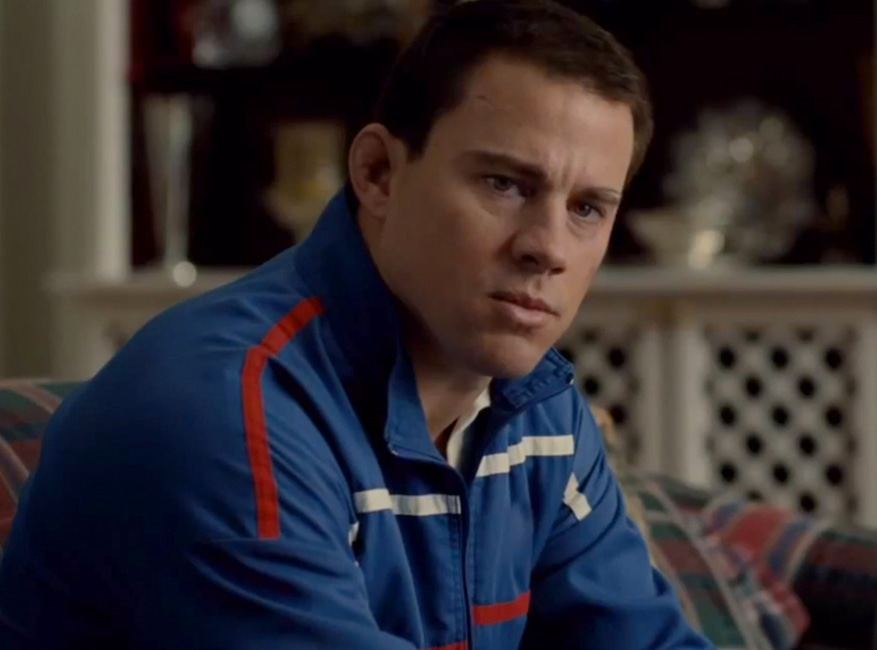 Based on a true story, Foxcatcher is about two wrestling champion brothers, Olympic Gold Medal winning wrestler Mark Schultz (Tatum) and Dave Schultz (Mark Ruffalo) who team up with wrestling enthusiast and eccentric multi-millionaire John du Pont (Steve Carell) to form a team to train for the 1988 Seoul Olympics. 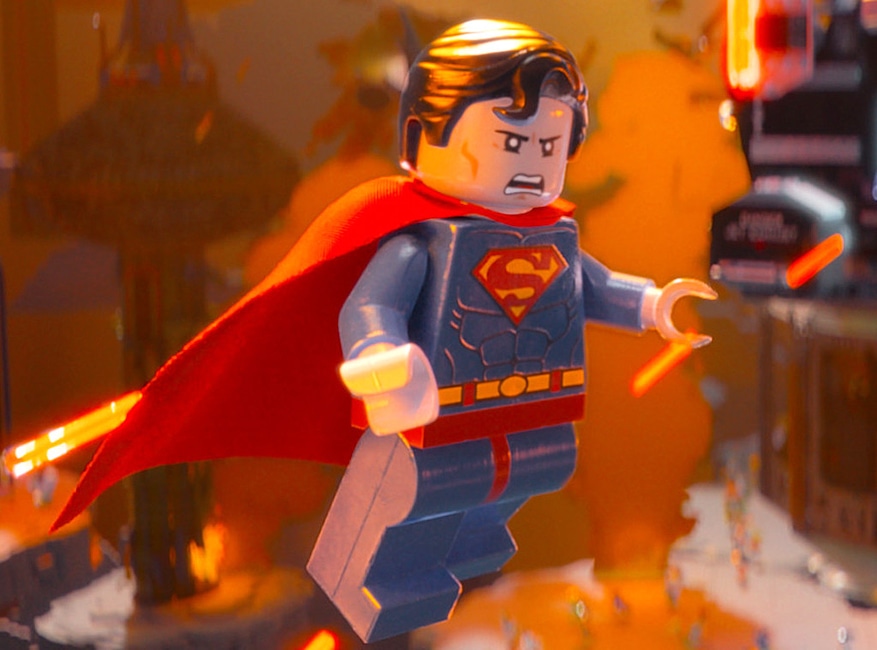 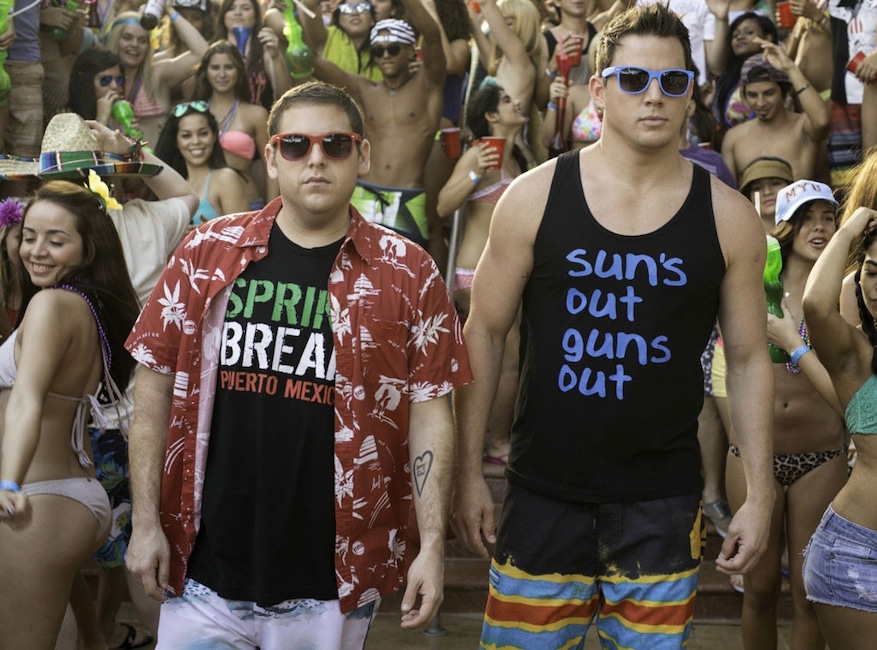 In 2014, officers Jenko (Tatum) and Schmidt (Hill) took on another undercover assignment...going to college! The roles were reversed when Jenko became popular as a football player and left behind Schmidt, who was trying to get to the bottom of who was dealing drugs on campus. 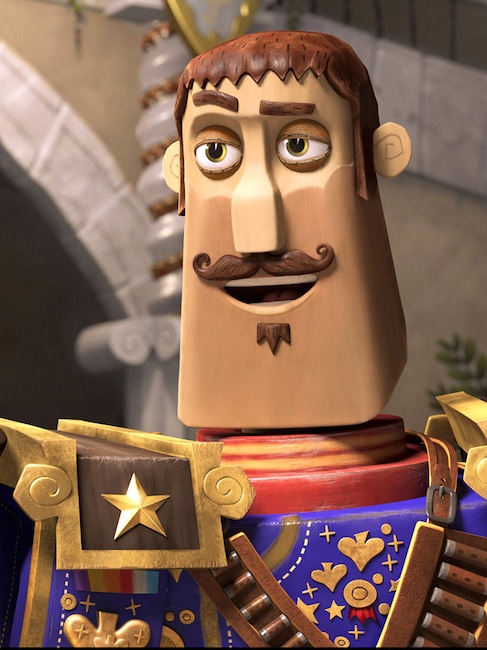 The Book of Life

In The Book of Life, Tatum voices Joaquin, the town hero who is vying for Maria's (Zoe Saldana) heart alongside Manolo (Diego Luna), who is a little more unsure of where his future lies. 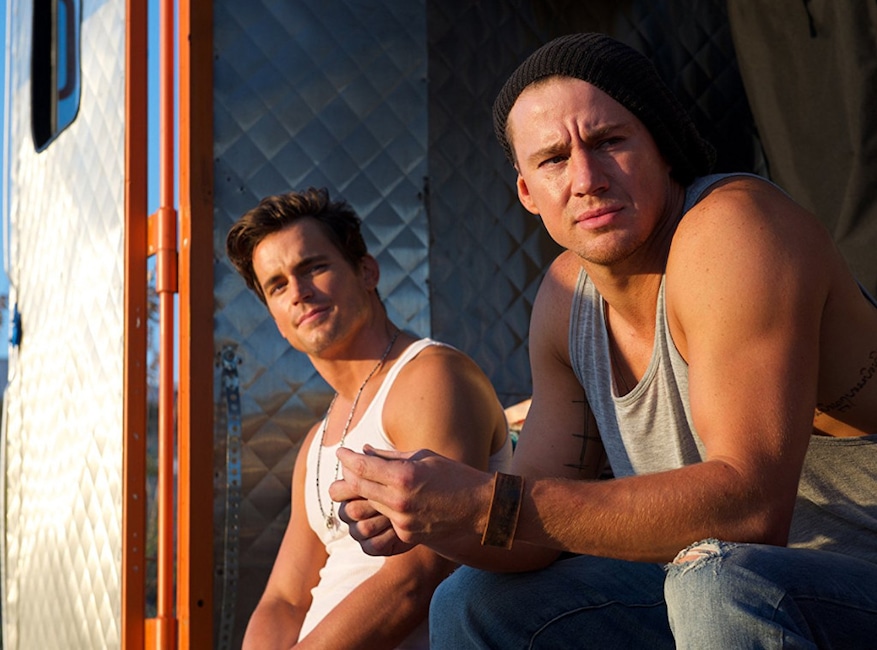 After giving up stripping to run his own furniture business, Tatum's bodybuilding character Mike decides to join his friends, the "Kings of Tampa," for a final stripper convention. 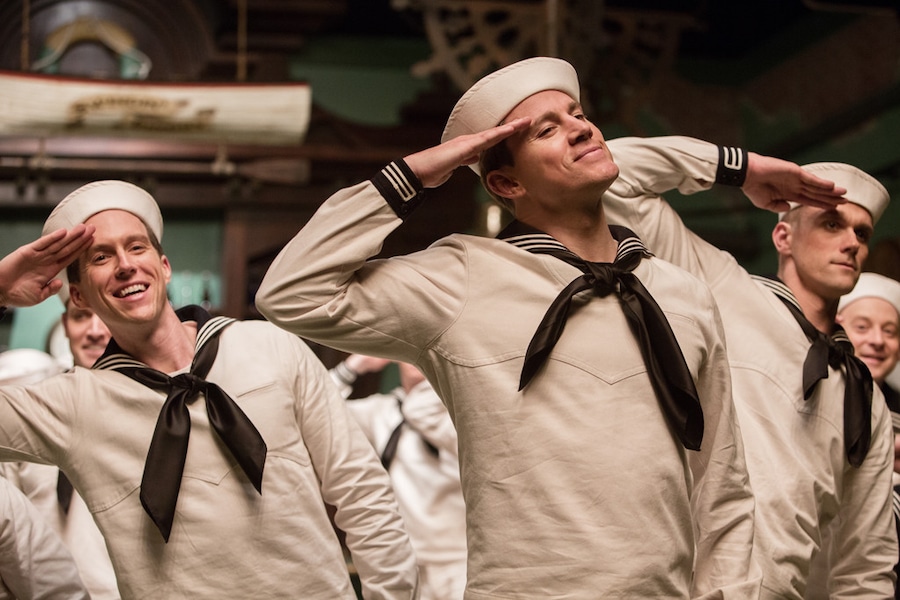 Hail Caesar! follows the day in the life of Eddie Mannix (Josh Brolin), a fixer for Capital Pictures in the 1950s. He solves big problems for big names in Hollywood, but bites off more than he can chew when the studio's star Baird Whitlock (George Clooney) gets taken. Tatum plays Burt Gurney in the film, who is one of the many actors singing, dancing and getting directed as the mystery continues. 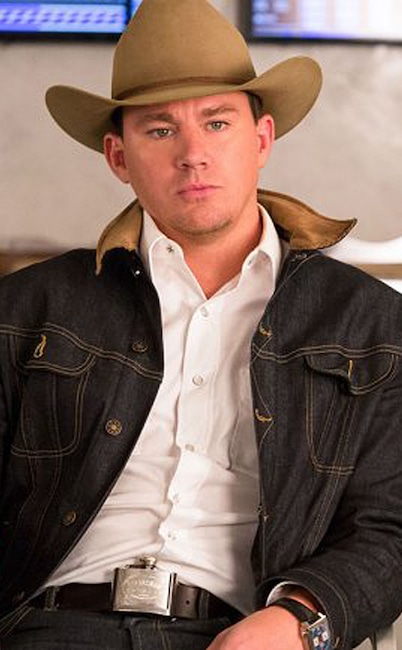 When their headquarters are destroyed and the world is in danger, the Kingsman's Eggsy (Taron Egerton) and Harry Hart (Colin Firth) head to the United States to join forces with their U.S. counterparts called the Statesman. This organization includes a few new faces, one of which is Tequila, played by Tatum. 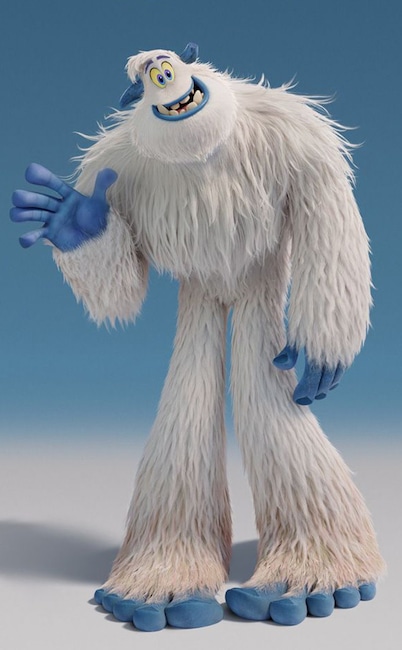 A Yeti named Migo (Tatum) goes on a big adventure to prove that humans or "Small Foot" creatures really do exist.