Pretty Little Liars: The Perfectionists Premieres: How Everything Fits Together 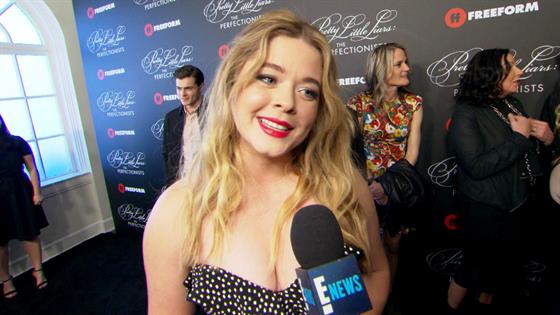 The Pretty Little Liars are back, in a way!

Alison Dilaurentis (Sasha Pieterse) has officially started her new job as an English TA at Beacon Heights University in The Perfectionists, and while she might have left the world of A behind, she's not some new worrisome kids to deal with.

She's also got some 'splaining to do about the state of her relationship with Emily (Shay Mitchell) and their twins, which she gave us within the first few minutes of tonight's premiere.

"Emily loves me, she just can't get past the past," she told Mona.

"I thought you guys were happy," Mona said.

We are, and then we're not," she explained. "It always comes back to trust. But I'm not giving up. I want to leave the mean girl I was in high school behind me." 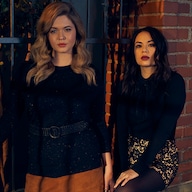 Pieterse elaborated a bit on this when we talked to her at the premiere.

"Alison is just trying to be the best wife," Pieterse said. "She's in Beacon Heights to get her degree and come back and be a professor at Hollis. Her end-all goal is to be a professor at Hollis and to be able to take care of Emily and her babies, so this is just a work in progress. She's faced some challenges, and being without A, the dust has settled, and she's trying to figure out what being an adult means, what being a mom means, what being a wife means, so this is all for the better, but darkness always follows Alison." 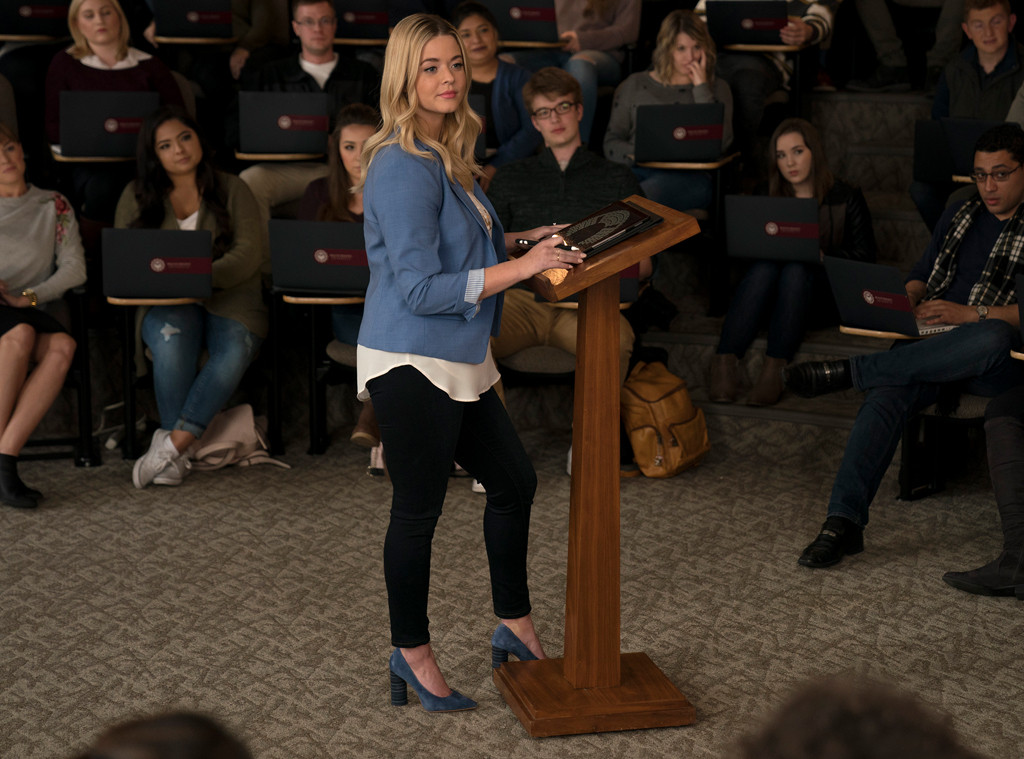 As for Mona, we last saw her in France.

"That was great for a while, but eventually the reasons I was there escaped me, so I came back to the states to devote my time to something that suited my talents and my passions—game design, for Hotchkiss," she said, referring to the family-run company that seems to run BHU. "Then 10 months ago, I was hired to help refine their student and faculty selection process."

That's also how Alison ended up at BHU, all thanks to Mona, though she's pretty sure there's something shadier going on, as she discovered she looks a whole lot like the girl who supposedly committed suicide the year before.

Mona is also wrapped up in and taking orders from the school's extensive security system, which seems to have cameras in every possible place (including behind mirrors in Alison's house), and which is run from an intense and busy control room somewhere mysterious.

Sofia Carson Gushes Over Her Role in The Perfectionists

The first episode spent most of its time untangling the web around Nolan Hotchkiss, the son of the university's rich founding family. It was his sister who had apparently killed herself, but we later learned that she was alive and hiding out in a cabin, which only Nolan knew. She's trying to take down the Hotchkiss company and figure out why they're spying on a "select group of students," but we don't yet fully know what that's about.

Nolan was blackmailing Caitlin (Sydney Park) into pretending to be his girlfriend, which she did because he had evidence her high-powered senator mother was cheating on her other mother. Nolan was blackmailing Dylan (Eli Brown) into doing his homework, because Dylan once cheated on his boyfriend with Nolan. And Nolan was actually dating Ava, the daughter of a white collar criminal, which is why his mother would not have approved. Even then, he was cheating on Ava with somebody else, though that was only because he found out she was being watched. 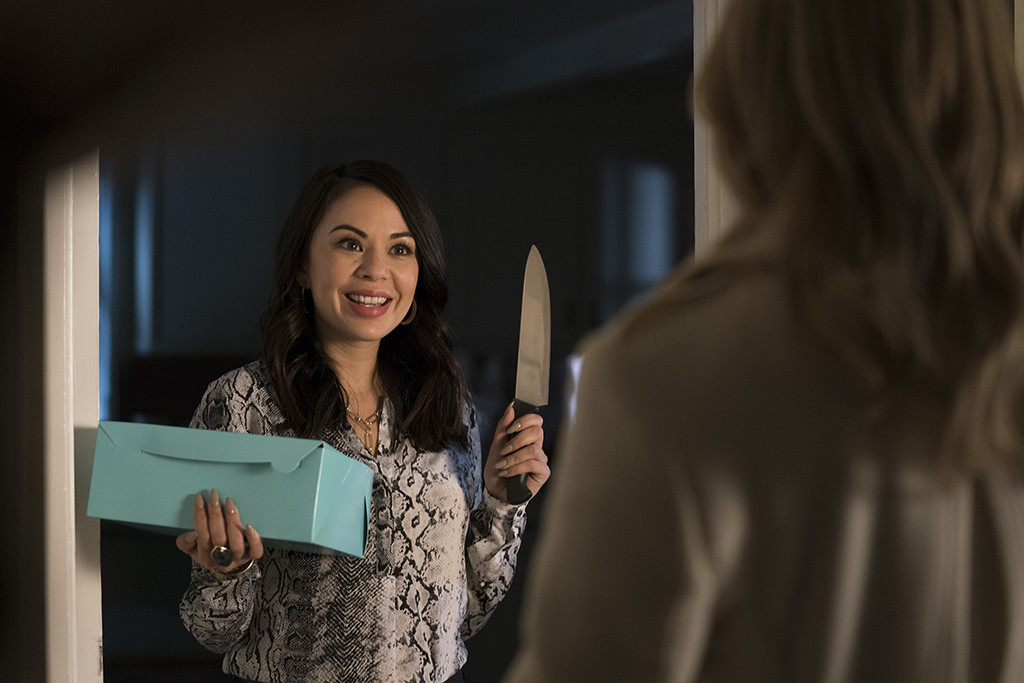 Caitlin, Dylan, and Ava were all fed up, and all got together to talk about taking him down, and to joke about killing the guy, only for him to then show up dead on a fence, most likely killed by a shadowy someone he had "been such an asshole" to, who didn't know Taylor was alive, and who he needed to meet. Meanwhile, Alison was pulling up wallpaper in her office to reveal a terrifying message: "They're watching."

Mona then yelled at a bathroom mirror, asking if this was "our" fault, while a woman with an earpiece told her to go to her safe place, whatever that means.

Who's they?! Who are the frantic people behind all those screens?! How does Mona always get involved in all of these things?!

It feels weirdly good to be back in this world asking endless potentially unanswerable questions, so we'll see you all next week.