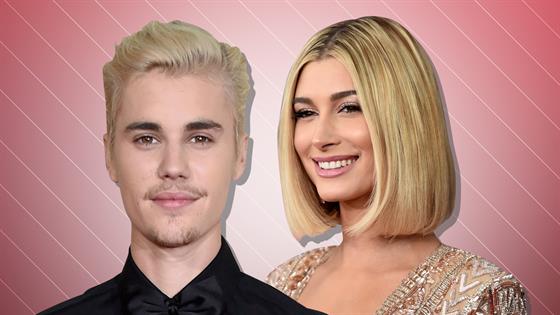 The pop star and supermodel exchanged vows during a second wedding ceremony in South Carolina, E! News has learned. Justin and Hailey gathered their nearest and dearest—including several celebrity pals and famous relatives—for an extravagant affair in the Somerset Chapel, which was planned by event designer to the stars Mindy Weiss. The event took place at the Montage Hotel's Palmetto Bluff location.

Hailey's sister Alaia Baldwin and cousin Ireland Baldwinboth served as bridesmaids. Her father, actor Stephen Baldwin was there to see the supermodel walk down the aisle. Representing the Bieber side of the family was the 25-year-old singer's mother, Pattie Mallette, and father Jeremy Bieber.

A source told E! News that "guests [were] cheering" after the lovebirds tied the knot. What's more? Trays of champagne awaited the attendees after the ceremony was over, according to the insider.

On Sunday, the celebrity power couple gathered their closest friends and family for an intimate rehearsal dinner.

"Guests arrived by boat to the rehearsal dinner on the Palmetto property. There were several water taxis that took guests over around 6:30 p.m.," a separate source shared with E! News. "The dinner was on the edge of the water. There were many string lights hanging and lit candles. The dècor was very chic and white."

The insider added, "Everyone cheered for them and they looked really happy to see everyone. Hailey and Justin both could not stop smiling." 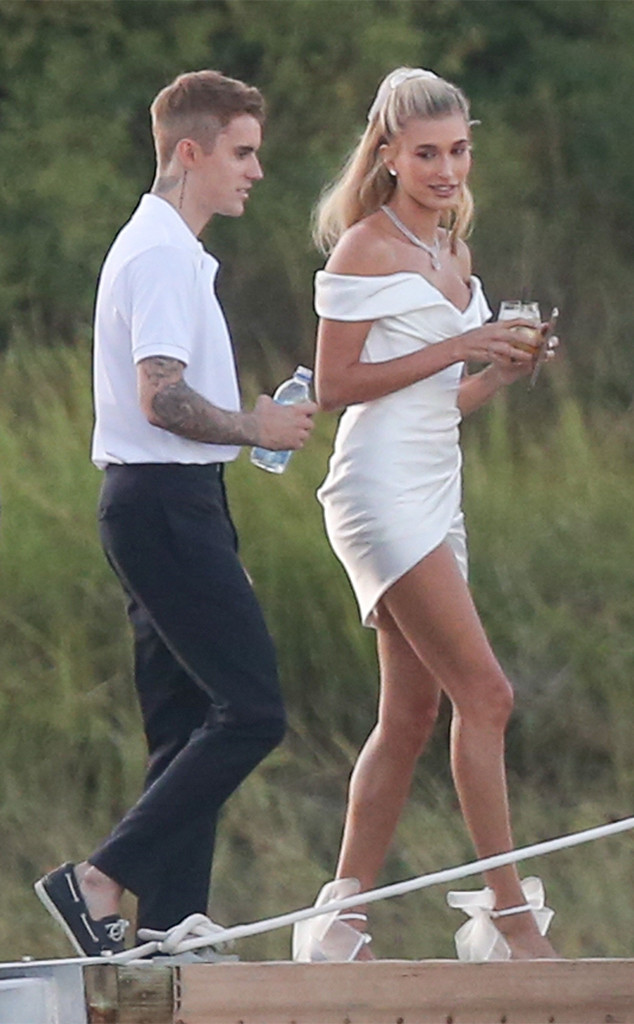 The supermodel also got into bridal mode and stunned in a custom made dress from Vivienne Westwood's couture collection. She paired her angelic look with Jimmy Choo heels and statement jewelry pieces. "Hailey and Justin wanted the party to be a casual get together to celebrate everyone together under one roof and celebrate their love," a separate source shared with E! News. "The attire was casual chic."

As E! News previously reported, the duo worked to incorporate their religious faith into the ceremony, which took place more than a year after Justin and Hailey first became husband and wife during a courthouse ceremony in Sept. 2018.

At the time, 22-year-old Hailey denied having married her beau, but one month later she trademarked "Hailey Bieber" with the intention of creating her own clothing line based around the moniker. Soon thereafter, the inseparable lovebirds began referring to each other as "husband" and "wife" publicly.

Ahead of today's festivities, an insider revealed to E! News that the blushing bride was "very involved" in the planning process and "working on details every day." Continued our source, "Justin wants her to have exactly what she wants. They are both very excited and looking forward to having everyone they care about with them to celebrate."

"Hailey has already expressed her ideas and vision for the wedding gown along with other outfits for the wedding festivities with her stylist and team," the source shared at the time. "They are starting to get the process rolling."

The ceremony, which had an initial Jan. 2018 date, was ultimately postponed as the couple settled into married life. Explained a source, "They bought a house and are trying to enjoy being newlyweds without the pressure of planning a big wedding. They want to do it at some point, but it's not the focus right now."

In a recent interview with Vogue Australia, Hailey remarked, "Look, marriage is always going to be hard and I think good relationships are the relationships that you put the work into... I had never lived with someone before. I never had to cohabit with somebody in that way, so I was learning how to share space with someone for the first time. We were trying to bend in each other's direction and learn what was comfortable." 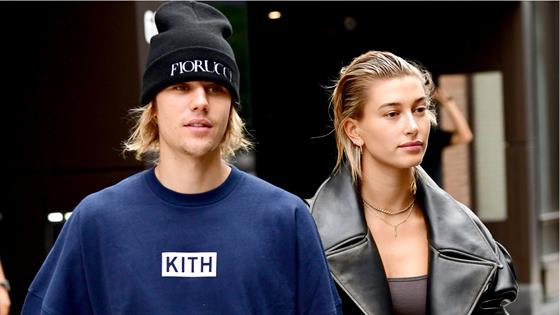 News of Hailey and Justin's sudden engagement broke in July 2018 while the couple was vacationing in the Bahamas.

The "Love Yourself" performer popped the question with an estimated $500,000 engagement ring, which an insider confirmed to E! News at the time took his bride by surprise. "Her face was in shock but you could tell they are both so in love," an eyewitness told us of the unforgettable moment.

"My heart is COMPLETELY and FULLY YOURS and I will ALWAYS put you first! You are the love of my life Hailey Baldwin and I wouldn't want to spend it with anybody else," Justin wrote on Instagram when first confirming his engagement. "You make me so much better and we complement each other so well!! Can't wait for the best season of life yet!"

Hailey added, "Not sure what I did in life to deserve such happiness but I am so utterly grateful to God for giving me such an incredible person to share my life with!"

It was more than three years ago that the newly minted husband and wife first sparked romance rumors. Following Bieber's most recent split from on-again, off-again girlfriend Selena Gomez, the two rekindled their relationship in June of last year.

"Ever since they reunited, they have been inseparable and Justin knows he can't live without Hailey," another source explained. "Justin and Hailey had talked about marriage before but Hailey didn't think it would happen so quickly. "

People was the first to report.