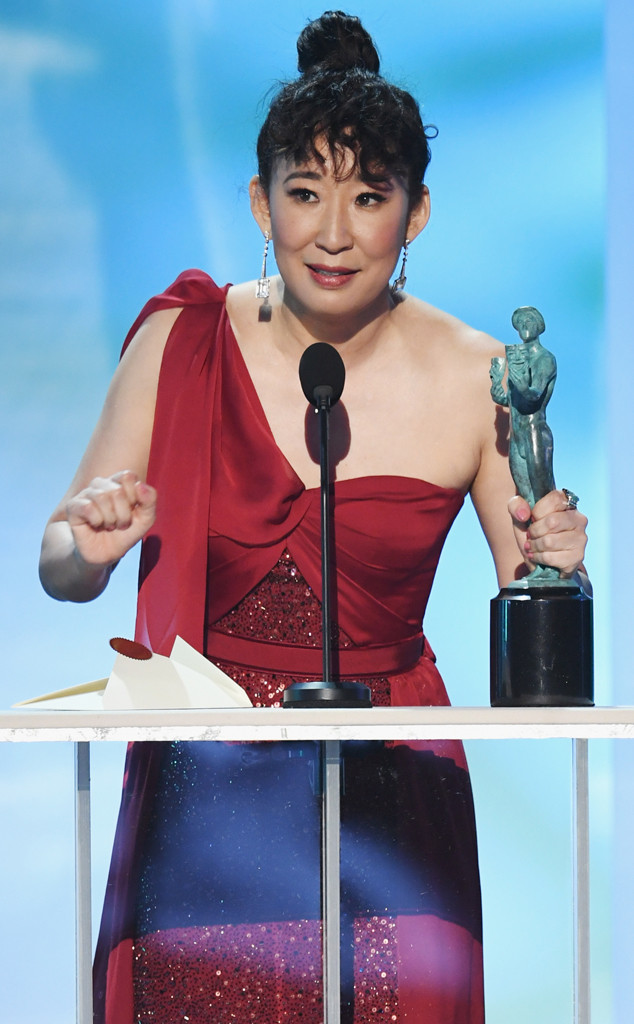 The 2019 Screen Actors Guild Awards featured some big reunions, a few shocking (and many predictable) wins, a shout out to Robert Mueller and one heck of a wholesome speech by Alan Alda.

These are the biggest jaw-dropping moments of the night.

The Marvelous Mrs. Maisel cast reigns supreme
The cast was a lock for the comedy ensemble win, but we didn't expect Tony Shalhoub to beat out Michael Douglas and Henry Winkler, previous winners at other awards shows, for the statue, but he did. Rachel Brosnahan also took home an individual win for her work as the title character and the ensemble cast also was honored. 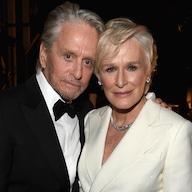 Emily Blunt's win
Blunt, who was nominated for A Quiet Place and Mary Poppins Returns, took home the award for her work in the spooky drama, not the colorful musical.

"My goodness. Guys, that truly has completely blown my slicked hair back. Thank you so, so, so much. I'm so moved and completely lost for words and unprepared. I am going to share this my husband, John Krasinski because the entire experience of doing this with you has completely pierced my heart directly. You are a stunning filmmaker. I am so lucky to be with you and to have done this film with you. Thank you for giving me the part. You would have been in major trouble if you hadn't. So, you didn't really didn't have an choice, but thank you," she said.

Blunt thanked her management team, the Screen Actors Guild and her daughters as well. 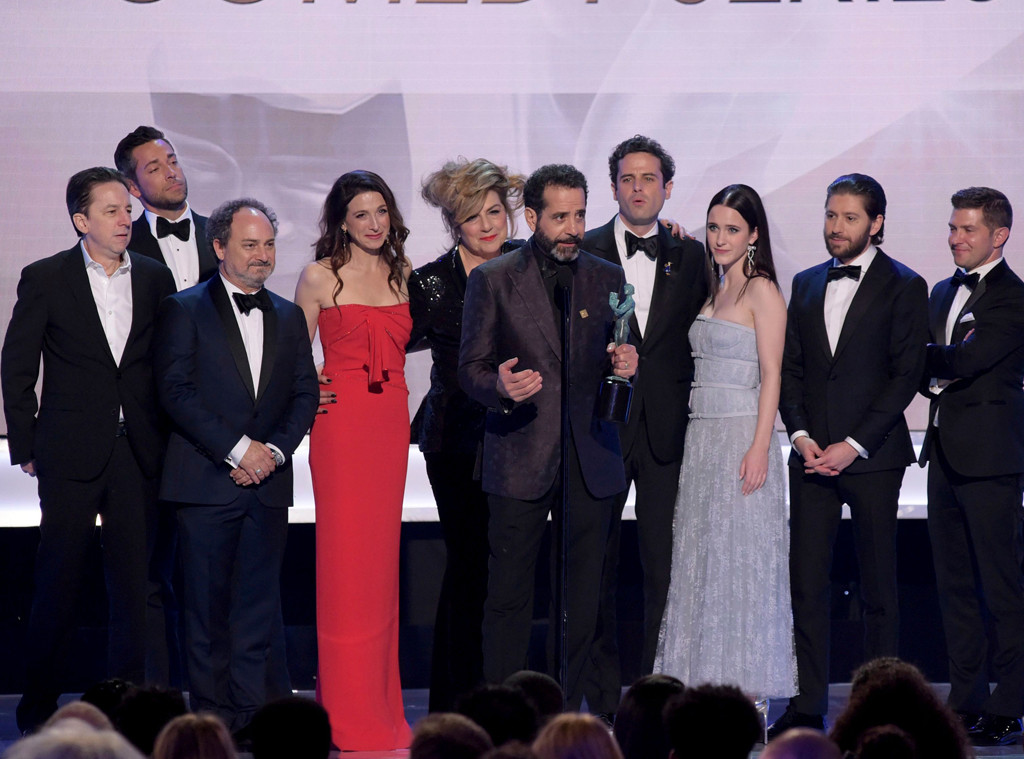 Actors love Ozark
Bateman, primarily known for his comedy roles, took home an award for his work in Netflix's drama Ozark. Ask an actor what show they're binging and they'll likely say Ozark.

Thank you, Robert Mueller
Patricia Arquette, who won for her work in Escape at Dannemora, urged actors to fight for their overtime pay. She also took the time to thank Robert Mueller.

"Thank you, Robert Mueller and everyone working to make sure that we have sovereignty for the United States of America," she said. 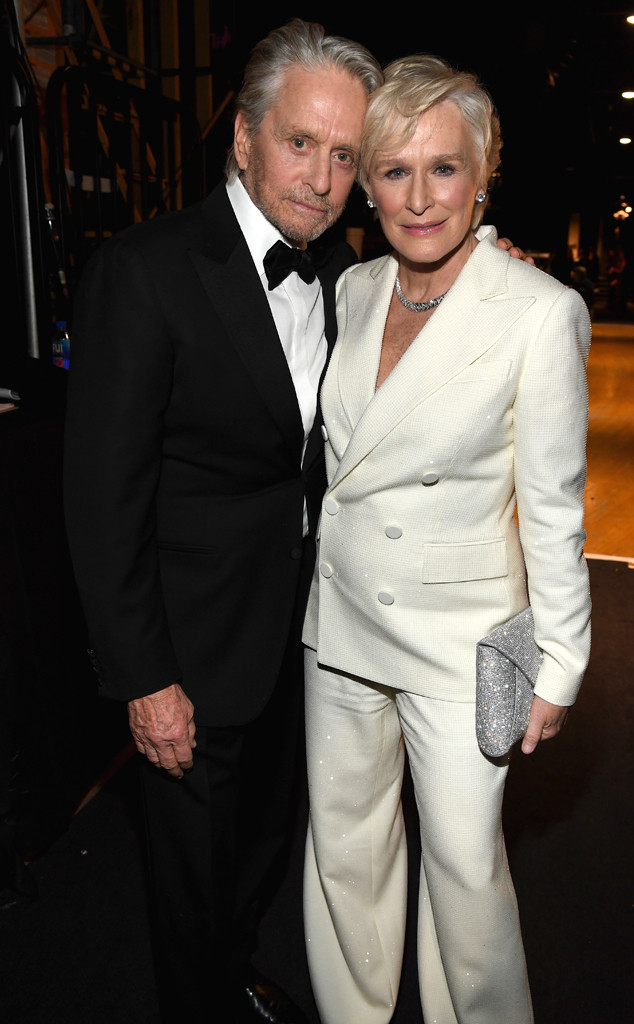 She will not be ignored
Glenn Close won for her work in The Wife, placing her on track to win the Oscar—it would be her first!—and the acclaimed actress reunited with her Fatal Attraction costar Michael Douglas to present an award. Fatal Attraction came out more than 30 years ago. 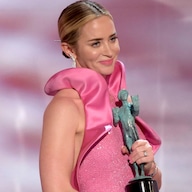 "Let's have fun"
Alan Alda was honored with the lifetime achievement award and reflected on an actor's job.

"When we get a chance to act, it's our job, at least in part, to get inside a character's head and to search, to search for a way to see life from that person's point of view, another person's vision of the world. And then to let an audience experience that. It may never have been more urgent to see the world through another person's eyes than when a culture is divided so sharply, actors can help at least a little just by doing what we do," he said. "And the nice part is it's fun to do it. So, my wish for all of us is, let's stay playful. Let's have fun. And let's keep searching. It can't solve everything, but it wouldn't hurt."

Wakanda forever!
The biggest surprise of the night was Black Panther's big win for film ensemble. Chadwick Boseman accepted the award and honored his cast.

"And this cast, this ensemble. You know, when I think of going to work every day and the passion and the intelligence, the resolve, the discipline that everybody showed, I also think of two questions that we all have received during the course of multiple publicity runs, and one is, did we know that this movie was going to receive this kind of response? Meaning was it going to make billions of dollars? Was it going to make a billion dollars? Was it going to still be around during this award season? And the second question is, has it changed the industry? Has it actually changed the way this industry works? How it sees us? And my answer to that is, to be young, gifted, and black. Because all of us up here know, and we include you, too, [Andy Serkis]," he said.