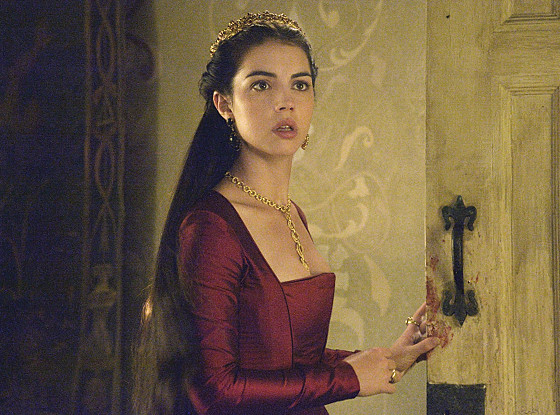 Controversy rained down on Reign on Thursday night.

The CW drama's most recent episode, Protestant soldiers took over the castle and "tried to diminish a King by degrading a Queen," as Catherine (Megan Follows) put it, raping Queen Mary (Adelaide Kane) after they were unable to find and assassinate Francis (Toby Regbo). It was brutal, extremely hard to watch and inspired major discussion within the fandom.

The sexual assault drew a massive response on social media from viewers during and after the episode, but also months before as the storyline was leaked. (A petition was even started, calling for Reign to not move forward with the storyline.)

We chatted with showrunner Laurie McCarthy about why she and the writers decided to move forward with the storyline after the leak, its impact on the character and series in the upcoming midseason finale and beyond, and star Adelaide Kane's reaction to the sexual assault...

E! Online: Obviously the episode and the rape storyline sparks a huge response and discussion online. Were you paying attention to the feedback on Twitter during and after the episode?
Laurie McCarthy: I don't do that while the show's on, just as a matter of course. I like to just watch it! [Laughs.] We'll tweet stuff out, but I just feel like it's kind of overwhelming to be navigating all those responses.

The storyline had actually leaked a few months ago, with a lot of fans speaking out against it. And I'm curious to know if you think the response to the storyline would've been different had it not leaked prior.
That's an interesting question. I don't know that the leak made a huge difference to audience. I'd be surprised if it did. What's always upsetting about the leak…what's good and bad about it is that nothing had leaked except for the fact that this was an event that would be coming or speculated to be in Mary's future. So it was incredibly out of context and I think people had a lot of anxiety as to how it was going to be portrayed and why it was going to be portrayed and what the consequences would be. There's no way to know that from a leak, you'd actually have to watch the show to see that.

PHOTOS: The best and worst new shows, according to you 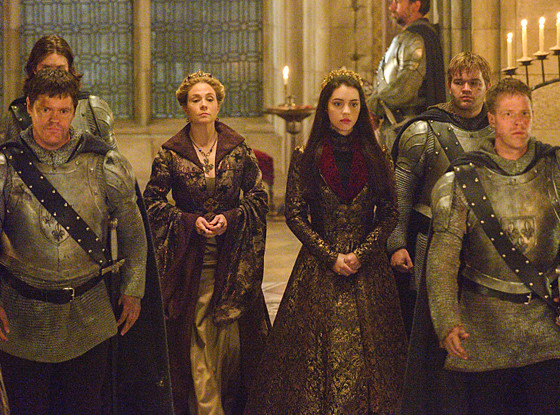 After the leak, what were the conversations like internally as to the response and whether or not to change the storyline.
There's always discussion of changing every storyline. We're constantly rejiggering things and looking at things and asking ourselves, "What is the best story to tell for these characters over the course of the season?" It didn't alter that. It didn't make us look at it any differently because we were constantly looking at it critically as to whether we should do it, how we should do it. The fact that it did spark discussion of portraying the rape of a lead character, I think is not surprising and I don't mind that that happened.

Did you guys discuss the storyline with Adelaide Kane and what was her reaction?
She was really thoughtful about it. She really wanted to make sure it was done well and she wanted to make sure it would be handled with compassion. The truth is she was really a good partner in this and she had a lot of thoughts about it. She had a lot of anxieties and concerns about it and she tackled it really bravely.

She was truly amazing.
I thought she was amazing...and she's amazing moving forward, too. It was very moving. It was moving to write, it was moving to talk to her about. It was hard to film. I was on the set for it and the cast and crew were really shaken by it. But everybody felt like we handled it with dignity, I think.

CLICK: Did Peter Pan Live! sink or soar in the ratings? 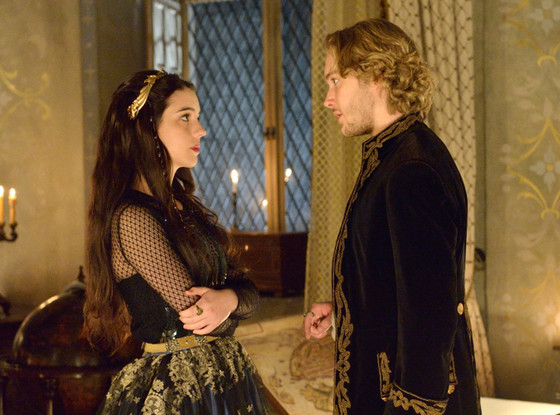 Why did you guys decide this was the right storyline to do with Mary?
This is something that happens. It happens to women in all stations and to see a woman of arguable power be attacked in this way, it felt political, it felt personal. It felt like it could be transformative for her. I've always perceived her as, really, a young warrior queen. In every writers' room there is discussion about what to do with characters and my feeling about a story of this size is that I wanted it to be a story for Mary and not some peripheral character. Rape happens. It happens all the time and it's something that women have dealt with for centuries. And my guess is it's something that happened more frequently in the 1500s even then now.

Can you talk a little bit about the short-term and long-term impact on Mary we'll see moving forward?
The short and long-term impact is that it's going to be hard for her to separate this night's events from the political turmoil that she feels Francis is somewhat responsible for and that is going to affect her marriage as deeply as her intimacy issues. It's really going to impact her already fragile security. And the truth is that these Royals aren't safe. They're not safe at all and they are far less safe than our current rules are. There were a lot of people who had access to them and that's how they lived their lives; that sense of fear is something that she is going to carry moving forward and it's something she's going to do battle with. I don't think she'll ever be the same, but I think she'll be stronger.

Francis was obviously devastated by what had happened and we see in the promo he's out for revenge and retribution. Can you preview what fans will see in the midseason finale?
He's going to have a very harsh reaction, a very impulsive reaction to it. He's deeply pained by it and desperate to make things right. The tolerance that he was privately feeling toward Protestants at this time….that tolerance is going to be washed away very abruptly and in a way that he may come to regret down the road. It will certainly cement how he's perceived as a ruler moving forward.

Check back with us on Monday for more scoop on the midseason finale and beyond from Laurie McCarthy.

Reign airs Thursdays at 9 p.m. on the CW.

CLICK: 15 TV shows that are way up or down in the ratings