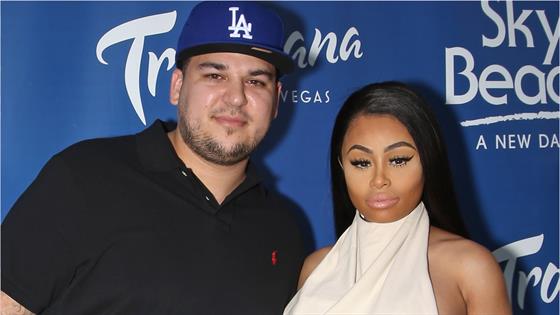 Rob Kardashian feared for his life throughout his relationship with Blac Chyna, he claimed in new court documents obtained by E! News.

As part of his ongoing assault lawsuit against Chyna, the former reality TV star submitted a declaration that included details of an alleged altercation that took place in Dec. 2016. According to Rob, Chyna, who he alleged was under the influence of cocaine and alcohol at the time of the incident, pointed a gun at his head and threatened him. Rob also claimed in the court documents that Chyna choked him with an iPhone charger and hit him with a metal rod.

Following their daughter Dream Kardashian's birth in Nov. 2016, Rob alleged that Chyna stopped breastfeeding the following month and began drinking "in excess" and using cocaine. "Her behavior became erratic, aggressive and violent," he wrote in the declaration.

The incident described by Rob took place on Dec. 14, 2016. He stated that Chyna was doing an "all-day photoshoot" at their home, where he observed her "snorting cocaine" with members of her entourage.

"When Chyna is drunk and high, she is very strong," Rob wrote. "As the night went on and she became more and more intoxicated, her behavior escalated and she became very violent and aggressive." 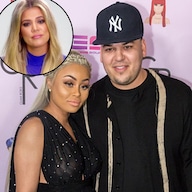 Rob went on to claim that Chyna approached him in the kitchen holding a bottle of champagne and a gun that is registered to him and is kept in the house. He stated that Chyna used his phone to FaceTime a friend, during which "Chyna pointed the gun at me and threatened me." Several minutes later, Rob alleged, Chyna FaceTimed another friend and pointed the gun to his head and threatened him.

"I went to the master bedroom to get away from her and locked the door," Rob wrote. 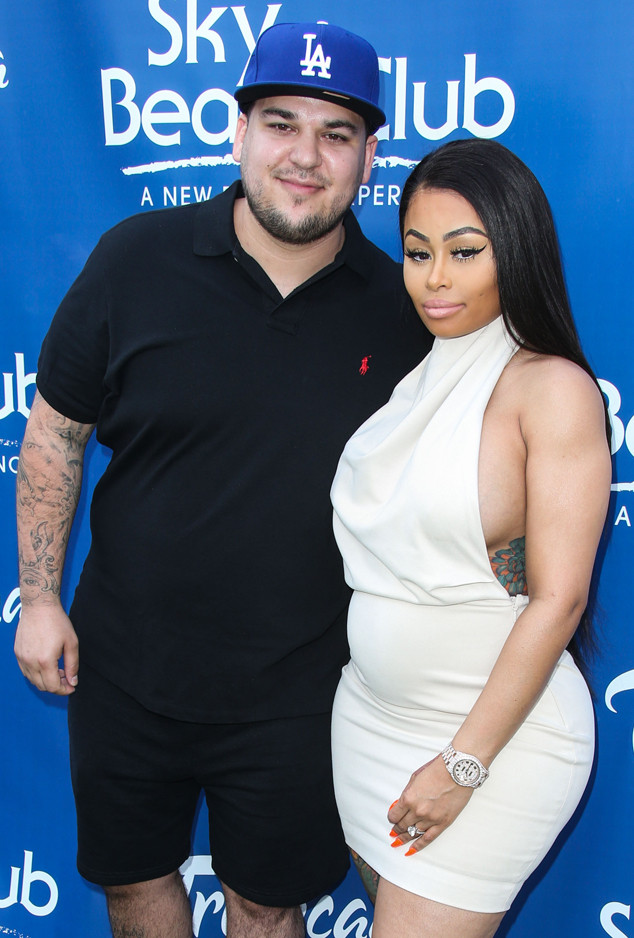 In the early morning hours of Dec. 15, Rob claimed that Chyna broke down the bedroom door, smashed the TV and hit him with a metal rod. Kris Jenner's boyfriend, Corey Gamble, then arrived to help him safely leave the home.

"Chyna's repeated physical attacks on my person, described above, caused me to suffer scratches, abrasions, bruising and emotional distress," he wrote in the declaration. "Moreover, when Chyna pointed a gun at me in our home, and when she said words to the effect that she would kill me, and when she threw a chair at me in my car as I was trying to leave, I believed that she intended to inflict severe injury to me and I feared for my life."

He also wrote, "I believed that she could kill me, intentionally or because she in such a drunken/high state that she could slip up and shoot me accidentally. Moreover, I am well-aware of Chyna's tendency to act violently toward me and others, especially when she is under the influence of drugs and alcohol, further causing me to fear for my life."

"Following the attack, I suffered ongoing fear and anxiety, and hired security and had all of the locks to the house changed because I was afraid Chyna would come back to harm me," Rob concluded.

Also included in the documents is a declaration from Gamble, who offered more details on the alleged altercation.

"I tried to separate Chyna and Rob so that I could help Rob leave the house and get away from Chyna," Gamble wrote. "Chyna did not stop attacking Rob even though I did my best to intervene. While I helped Rob walk out of the house, Chyna continued to lunge at him and punched him numerous times in the head and face, as well as his back. Rob did not fight back and simply tried to shield himself from Chyna's physical attack on him."

While making their exit, Gamble claimed he witnessed Chyna "pick up a chair and hurl it at Rob's car as he was trying to leave."

Chyna's attorney, Lynne Ciani, says in a statement to E! News that there was "no violent attack" against Rob.

"Instead," the attorney remarks in part, "the evidence shows that Rob and Chyna, a very happily engaged couple at the time, had a raucous and flirty time together on December 14, 2016 to celebrate" the second season of their former reality TV Show.