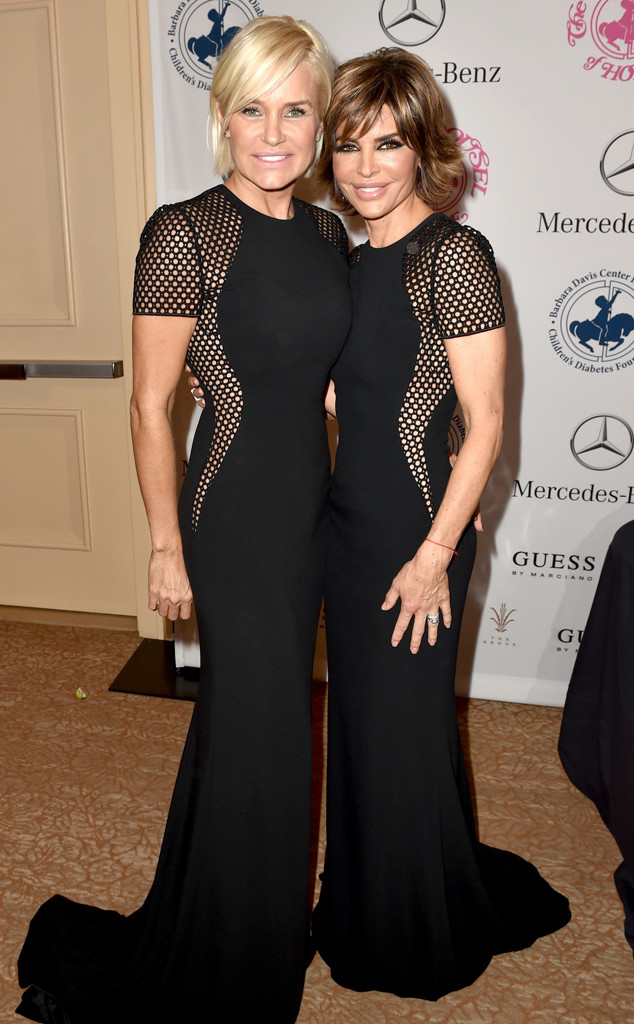 Yolanda Hadid is not letting a certain Real Housewives of Beverly Hills star's comments about her health get to her.

The reality star and mother of models Gigi Hadid and Bella Hadid has been battling chronic Lyme disease for years. On Tuesday's episode of the Bravo series, co-star Lisa Rinna appeared to question the validity of her ailment when she read to cast members Kyle Richards and Lisa Vanderpump a definition of Munchausen syndrome, a mental disorder in people "feign disease, illness, or psychological trauma to draw attention, sympathy, or reassurance to themselves."

Yolanda responded to Rinna's remarks on her Bravo blog.

"I don't blame Rinna, Kyle or LVDP—I understand it and feel sorry to see my battle be such a point of weakness for them," she said. "If I let fear of what others say about me creep into my mind, I probably would not be where I am today."

"I am inspired by my life on a day to day basis and consciously avoid stressful situations by walking away and letting go of remarks from people like the women in this group, but it seems in today's world your word isn't good enough anymore so even though I should not have to prove my case, I'm not afraid to do so," she said. "I will move on from the absurd Munchausen comment that is an insult to my integrity and that of my two children who battle this disease on a daily basis."

"My talents and creativity as a healthy human being when starting my journey as a housewife would have gotten me way further in life then lying in bed, debilitated, forced to find a cure for this lame disease as I watched life from the side lines these past four years," she continued. "This is not just about me; this is about bringing awareness and ensuring a healthy life for my two children and millions of others that are affected by this invisible chronic disease."

She then threw in a bit of shade.

"I'm probably the only Housewife in the entire franchise that uses this platform to bring awareness in the world rather than just money in my pocket," Yolanda added.

Rinna told Bravo's The Daily Dish that she "felt bad" she engaged in the conversation with her co-stars and that she is "supportive" of Yolanda.

"And I do believe that she is suffering from Lyme," she added. "And, I think that it's complicated."

Rinna also took to her own blog to talk about her comments on The Real Housewives of Beverly Hills.

"The word 'Munchausen' was brought to me by my friend that these girls do not personally know, and I felt this was a safe place to bring it up," she wrote. "There I said it. I did. I own it. I don't feel good about it and I was very upset that I engaged in these conversations with others that are as naive as I am about Lyme Disease, but I did and I shared it with these women. I now know I need to tell Yolanda, as Eileen said, you need to talk to Yolanda about it, and I believe that to be true. So there you have it!" 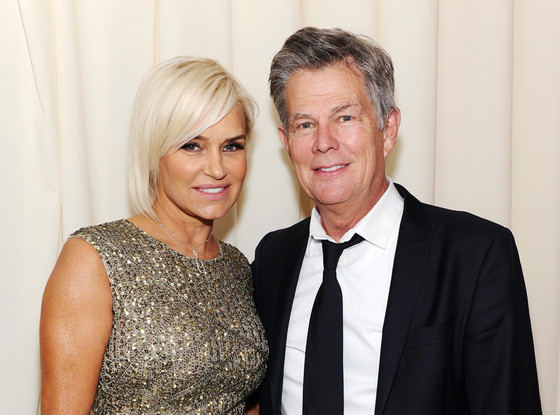 In her blog post, Yolanda also addressed rumors about her and soon-to-be husband David Foster with regard to his attitude towards her ailment.

"There has been a lot of speculation and claims about David and I that are simply untrue," she said. "David has been one of the guiding lights in my journey and even though we ran out of steam I will never allow anyone to discredit his persistence and commitment to my healthcare—I am eternally grateful."

David had said in a statement to E! News that he is "incredibly proud of Yolanda's determination and mission to find a cure" for Lyme disease and "how brave and open she has been by sharing her story in the hopes of changing the future for others."

(E! and Bravo are part of the NBCUniversal family.)