Why A Christmas Story Is the Greatest Holiday Movie Ever 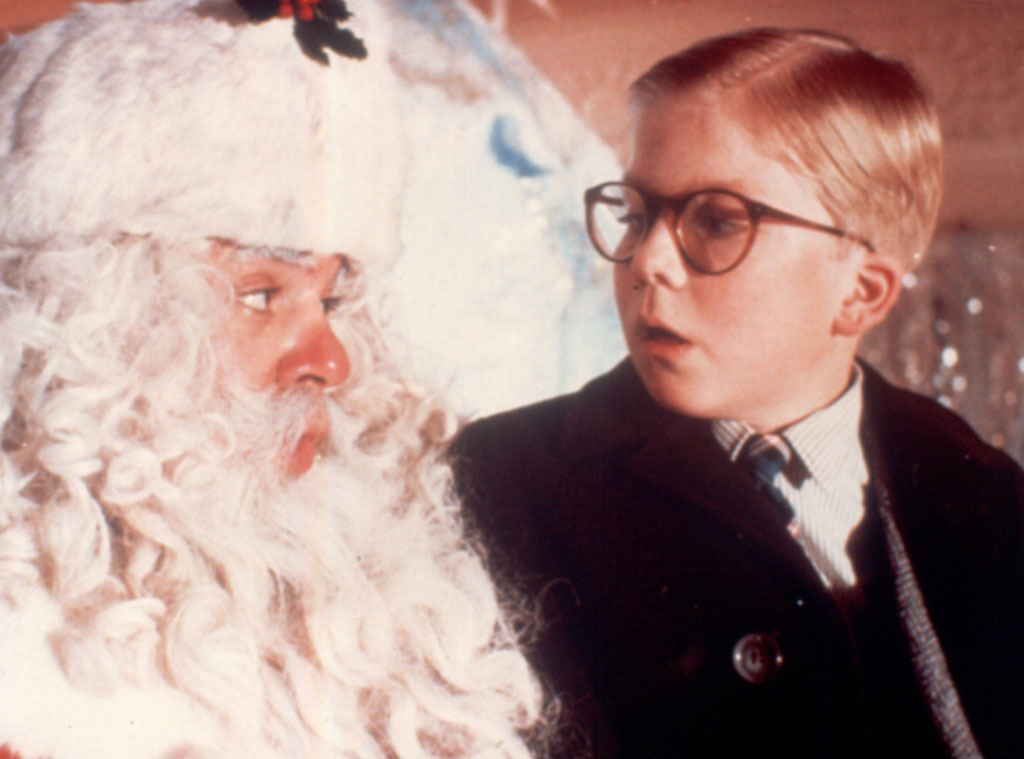 There's a reason A Christmas Story is one of the most-marathoned holiday movies.

It is so perfectly honest in its depiction of a family Christmas. Childhood bullies, wanting that one special gift, turkey dinner fails: this seasonal classic doesn't sugarcoat the season or breeze over what it means to be a kid.

Sometimes you have to wear a pink bunny onesie in life. There are ups and downs to being a child at Christmas.

Though we love a good romcom where everything's wrapped up neatly in a bow, it's a movie like A Christmas Story that reminds us what the holidays are really about: managing expectations seeing the positive side of things.

We triple-dog-dare you to tell us this isn't the best holiday movie.

This is why it still speaks to us after all these years...

Ralphie knows the one thing he wants, and he won't give up until he gets it. He tells his parents, his teacher, Santa Claus... everyone has had that dream present they remember from childhood.

Before the "I like turtles" kid was a YouTube sensation, there was the "I like the Tin Man" kid from A Christmas Story. Ralphie has no time for this kid in line while he's on a mission to see Santa.

A Christmas Story shows a more accurate side to what it's like meeting Santa in a mall. It's crowded. He's trying to go on break. And they keep things moving. Sorry, Raphie. You had your turn... next!

Another relatable moment: When Ralphie learns a lesson about the dirty world of advertising after using his Little Orphan Annie decoder ring, just to find out they're trying to sell Ovaltine. Welcome to life, kid. Everyone's trying to sell you something.

When Ralphie drops an F-bomb in front of his father for the first time, a.k.a. "the queen-mother of dirty words," time nearly stands still. In that moment the F-word ends up standing for "fear," because we all remember the first time we let something slip in front of our family. It usually doesn't end well.

As for where Ralphie heard that foul language? From his old man, of course. But he blames a pal, and we get to witness his mom make the dreaded phone call to his friend's mom while Ralphie's getting the soap-in-mouth treatment. You're not supposed to snitch, Ralphie.

The saga of Ralphie's dad and his "major award," which turns out to be a leg lamp, is one of our favorite moments from A Christmas Story. The dad gets to indulge his mini-midlife situation until the lamp accidentally breaks, and he has to bury it next to the garage. We all knew that lamp wasn't going to last.

Ralphie's little brother gets bundled up like he's in a Discovery Channel documentary about the Arctic Circle, just to walk to school. His mom's response to the fact that he can barely move? "Well... put your arms down when you get to school." It's handled.

Ralphie's run-ins with neighborhood bully Scut Farkus feel so real. A lot of people had their own Scut Farkus growing up, a bully who seemed larger than life. That is, until you finally fight back and make him cry. (Disclaimer: But like, use your words, if possible. Scut Farkus' aren't worth it.)

When Schwartz challenges Flick to stick his tongue to a frozen pole, he can't back down. It's a triple-dog-dare! Something about childhood contests are set in stone and respected. The rules make no sense, but when you're a kid, if someone dares you to do something: you just have to do it. Unfortunately for Flick, the tongue does stick.

And we've all had that one day when we totally break down in front of our friends, right?

Ralphie's bunny onesie, which makes him look like a "pink nightmare," may be the extreme, but who hasn't gotten at least one awful outfit we've been forced to wear? You better believe your mom's going to get you into it, no matter what. Look at it this way: it makes for a fun #ThrowbackThursday now.

The movie shows what happens when parents don't communicate. No one wanted to let Ralphie have a gun? Well, his dad bought him one anyway. Sorry, Ma. Look who the favorite parent is now.

Is it terrible to include a kid hurting himself on the list? The fact that Ralphie nearly shoots his eye out (spoiler alert) is just want we want from this movie. Everyone told him it would happen, so it has to happen. The world is right sometimes, Ralphie. There's a reason no one wanted you to have this gift. Lesson learned.

Not the most politically correct moment from this film, which is set in the late 1930s or early 1940s, but watching the family's Christmas compromise at a Chinese restaurant, after their turkey dinner is ruined, shows that sometimes you just have to make a situation work. The spontaneous moments are usually the more memorable ones—and seeing Ralphie's mom lose it over the duck head is hilarious.