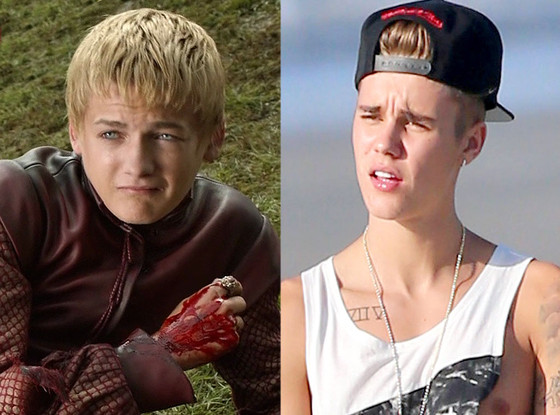 Seriously, he just keeps doing things that make him beyond salvageable as a human being. We haven't been this annoyed and flat-out disgusted with an individual since Joffrey (Jack Gleeson) from Game of Thrones.

Which got us thinking: Justin Bieber is basically Joffrey Baratheon in terms of being bratty and having no redeemable qualities (as of late). And since Game of Thrones' fourth season is right around the corner (April 6!), and because anyone who has read the books knows what's coming up for dear little Joffrey, that twerp king has been on our minds recently.

This isn't the first time the Joffrey-Justin Bieber comparison has been made. In fact, there is an entire Tumblr dedicated to mashing up Justin and Joffrey. Just take a look at some of the brilliant Photoshops that stemmed from that site: 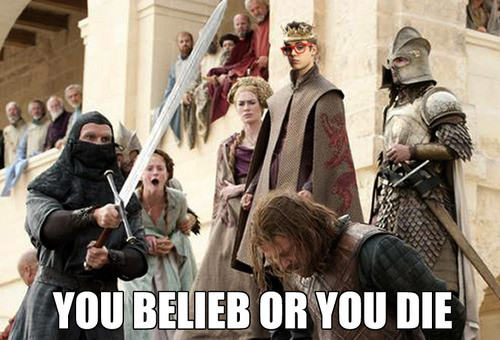 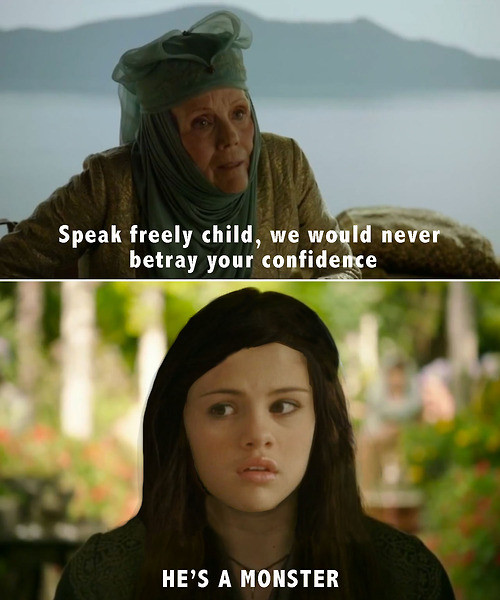 We especially like the one where Tyrion (Peter Dinklage) is smacking the crap out of him.

So in a far-fetched and fictional kind of way, Justin Bieber is the Joffrey of the entertainment world. And here are 11 reasons why.

1. Running Scared: Joffrey talked a big game before the Battle of Blackwater, but then ran away like a scared little boy with his lion's tail tucked between his gold-plated cod piece.

Justin Bieber loved to speed through his neighborhood like the "baller" he is, but when former NFL star Keyshawn Johnson went to his house to confront the singer about his reckless driving, Bieber allegedly ran inside and stayed hidden within the walls of his mansion.

PHOTOS: Justin Bieber shows off all his tattoos in jail—check them out

2. Air Strikes: Joffrey got hit with a cow pie while walking through town, and he was so butthurt that he ordered hundreds of peasants be killed.

When Justin was hit with a water bottle while onstage in Brazil in 2013, he yelled at the crowd and was so butthurt that he stormed off in the middle of the concert. 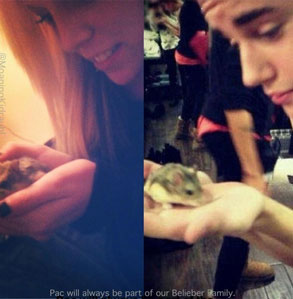 3. Animal Issues: Joffrey got Sansa's precious direwolf, Lady, killed and we are still not over that! We will probably never be over that.

Justin gave away a hamster to a fan, and it died soon after. Plus there was that whole abandoned monkey thing.

4. Send in the Goons: Joffrey sent his men into King's Landing to kill all of his father's illegitimate children.

Justin allegedly ordered his bodyguards to beat up some paparazzi.

READ: Game of Thrones will end after season 7?


We all know how Joffrey dabbles in prostitution. It involved crossbows.

6. Free Sansa and Selena: We desperately wish that someday, Sansa Stark will be truly free from Joffrey's reign.

We desperately wish that someday, Selena Gomez will be truly free from Justin's reign. 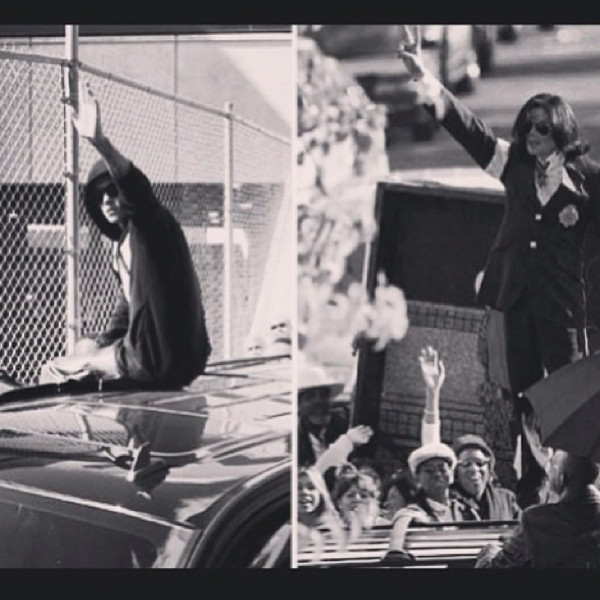 Justin Bieber metaphorically beheaded Michael Jackson by comparing himself to the King of Pop after his arrest.

8-11. Speed Round: They are both smug and arrogant:

Their haircuts (used to be) eerily similar:

They both think they are untouchable:

Finally, we're sure they will both soon get what's coming to them. Let's just hope Justin learns his lesson before it's too late.

PHOTOS: In case you need pictures of Justin Bieber shirtless, we got a bunch of them!