On the Scene: Here's What's Hot in Hollywood 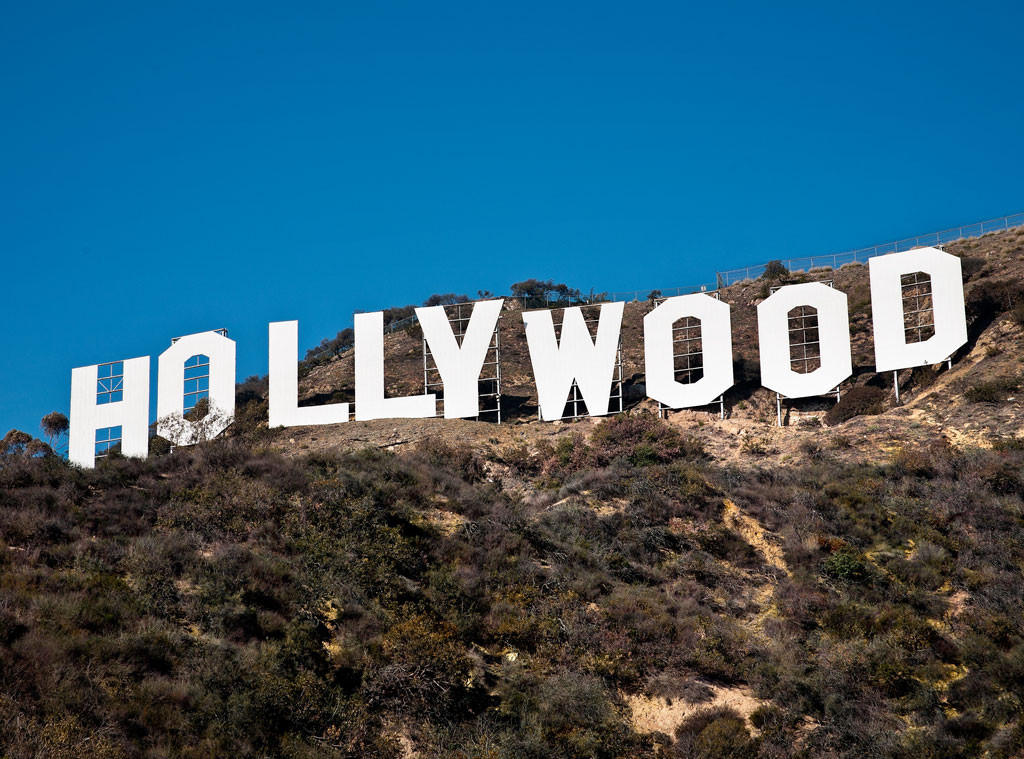 Keeping up with what's hot and what's not in Hollywood is certainly no easy feat.

Whether you want all of the details on the buzziest new restaurant that has quickly become an A-List hive, to a celebrity must-have beauty product, to the trendiest new workout that all of the who's who in Tinsletown are trying, we're here to keep you in-the-know.

So sit back, relax, and take a peek at the must know people, places and things to help you stay ahead of the curve and completely on the pulse of what's going on: 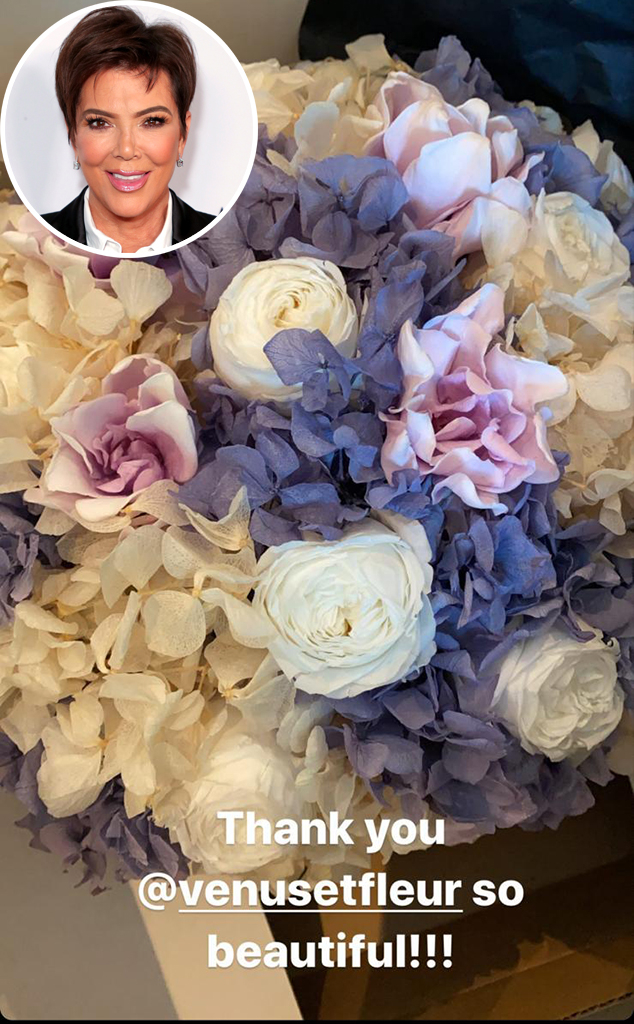 Kardashian-Jenner matriarch Kris Jenner showed off an early Mother's Day gift on her Instagram story and we're here to remind you that there's always time to stop and smell the roses, especially these long lasting roses from Venus ET Fleur. An arrangement from Venus ET Fleur featuring their staple Eternity Rose is a celeb-approved way to celebrate loved ones on any occasion, even in the era of Coronavirus while we practice social distancing. The in-demand floral brand will also be launching various other types of Eternity flowers soon, so stay tuned!

The Bachelor's Nick Viall knows a thing or two about sex and dating. Now, he's doling out advice on his new podcast, The Viall Files. And don't worry Bachelor fans, he'll be sprinkling out the dish from time to time, too. On his first episode with co-host Ashley Grace, he spilled the tea on the secret messages and meet-ups you didn't see when he was a contestant on Kaitlyn Bristowe's season of The Bachelorette. 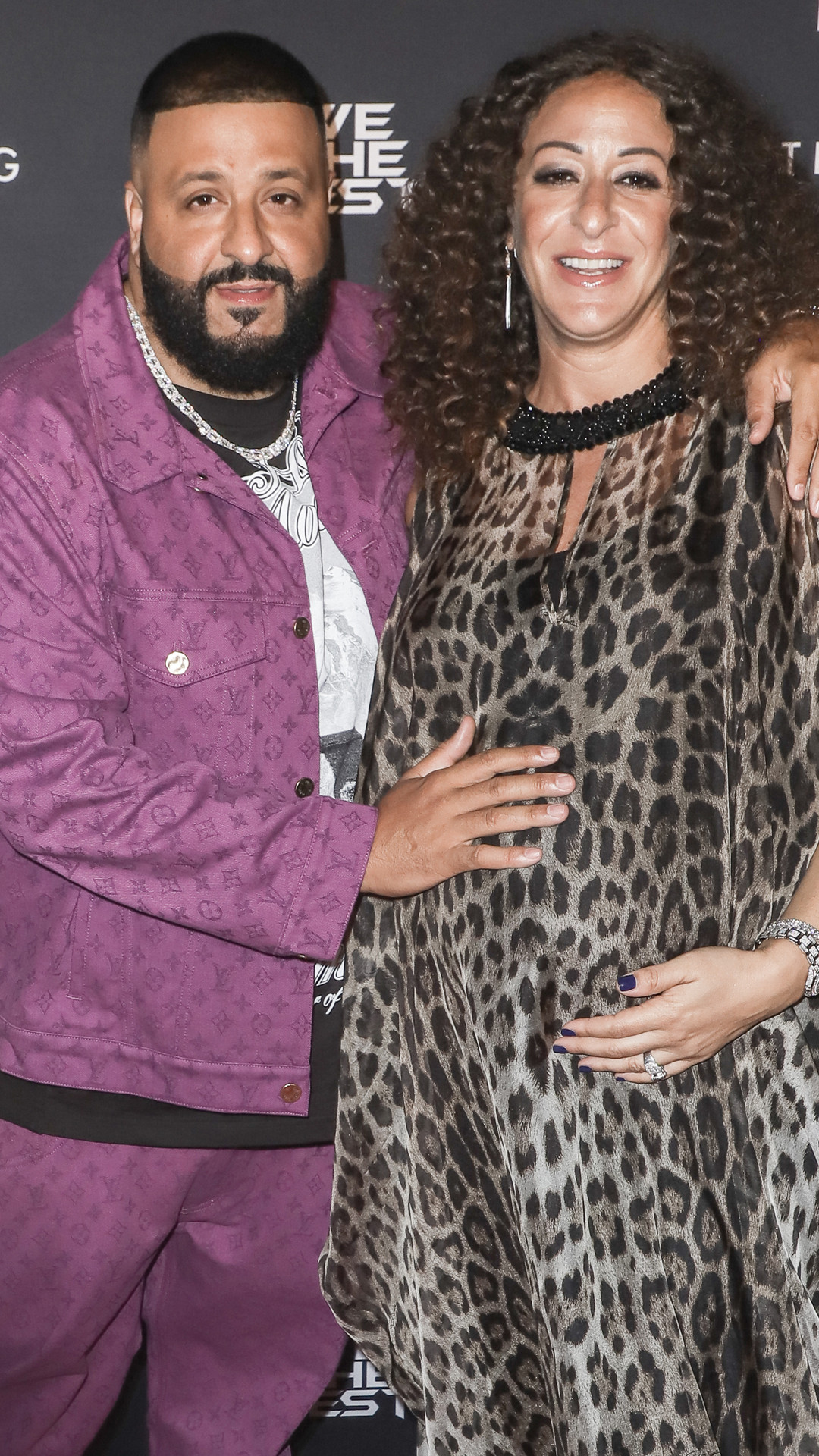 On Sunday, December 8, the We The Best Foundation and Haute Living celebrated both DJ Khaled and his wife Nicole's birthdays with an epic event at Perez Art Museum in Miami. The Evening was hosted by Lenny S and Haute Living. Guests including Future, Fat Joe, Ray J, Bryson Tiller, Tyson Beckford, Teyana Taylor, Busta Rhymes and Younes Bendjima enjoyed passed appetizers throughout the night and cocktails by Ciroc as they celebrated. DJ Khaled was presented with discrete briefcase in which he opened up in front of the entire crowd to unveil a gifted $40K golden lion figurine. 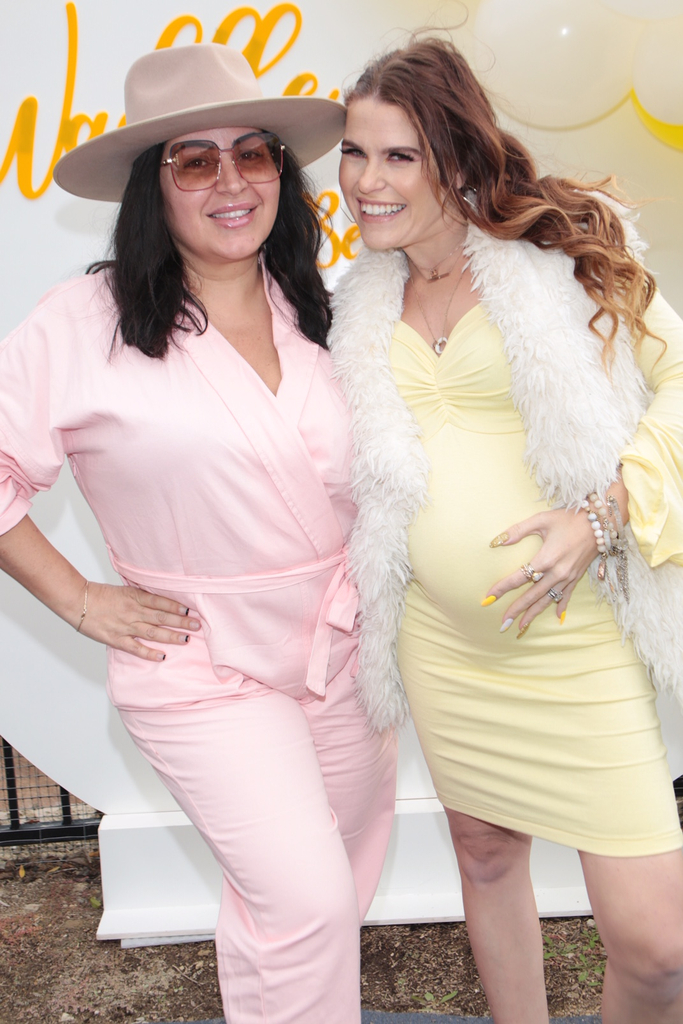 Shah's of Sunset star Mercedes Javid came out to support friend and fellow Bravolebrity Ali Levine at her gender reveal party in Los Angeles. This will be Levine's second child. Spoiler alert: it's a girl! 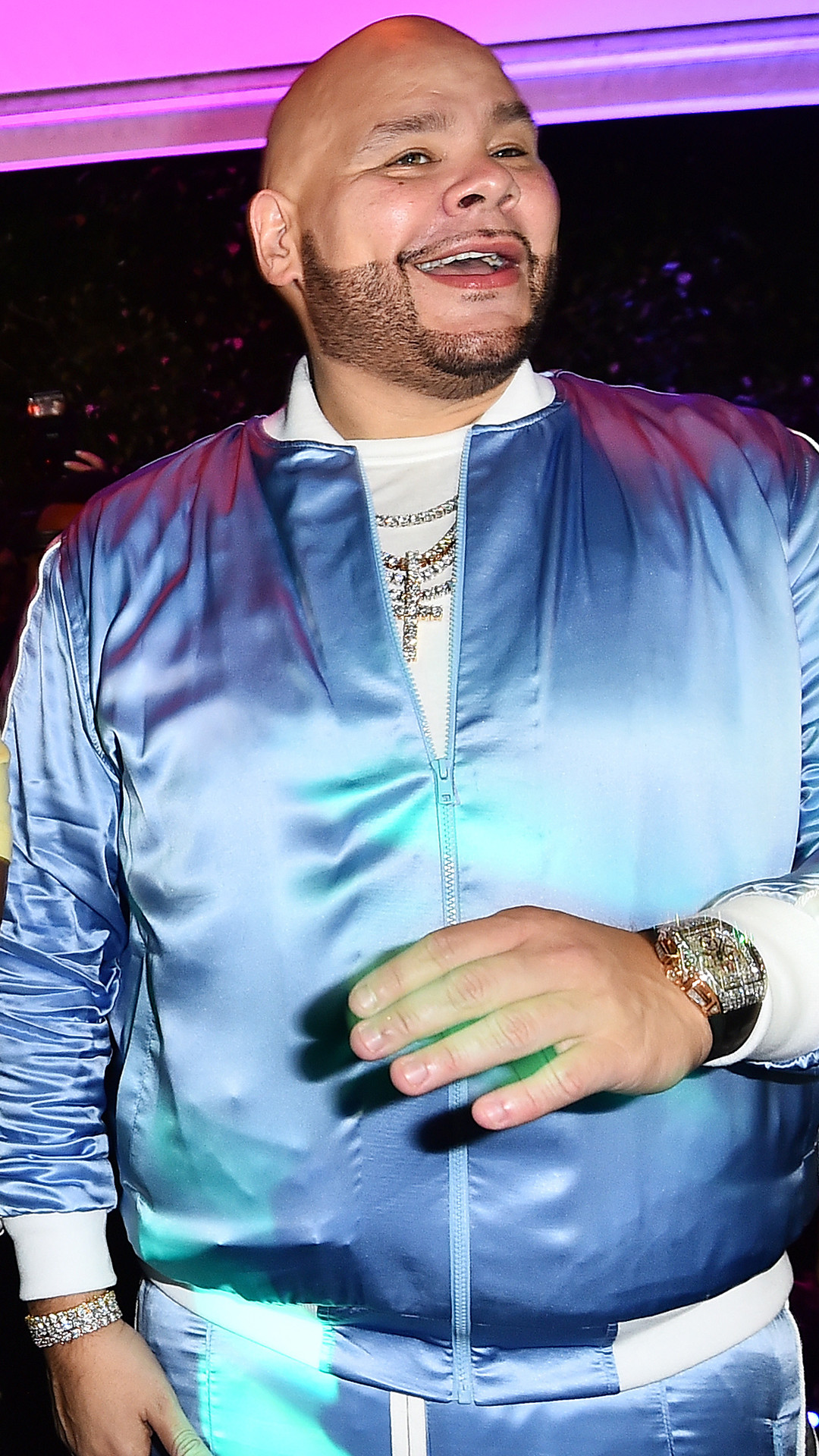 On Saturday, December 7, Market America | Shop.com's co-founders, JR and Loren Ridinger, along with Haute Living, honored one of their own -- Market America | Shop.com's President of Urban and Latino Development, Joseph Cartagena aka Fat Joe. Fat Joe's 11th studio album and final album release, "Family Ties," which is a joint album with Dre of Cool & Dre was held at the Ridinger's sprawling estate, Casa de Suenos. Celebrities such as DJ Khaled, Winnie Harlow, Jeezy, Swizz Beatz and Food God were all in attendance. 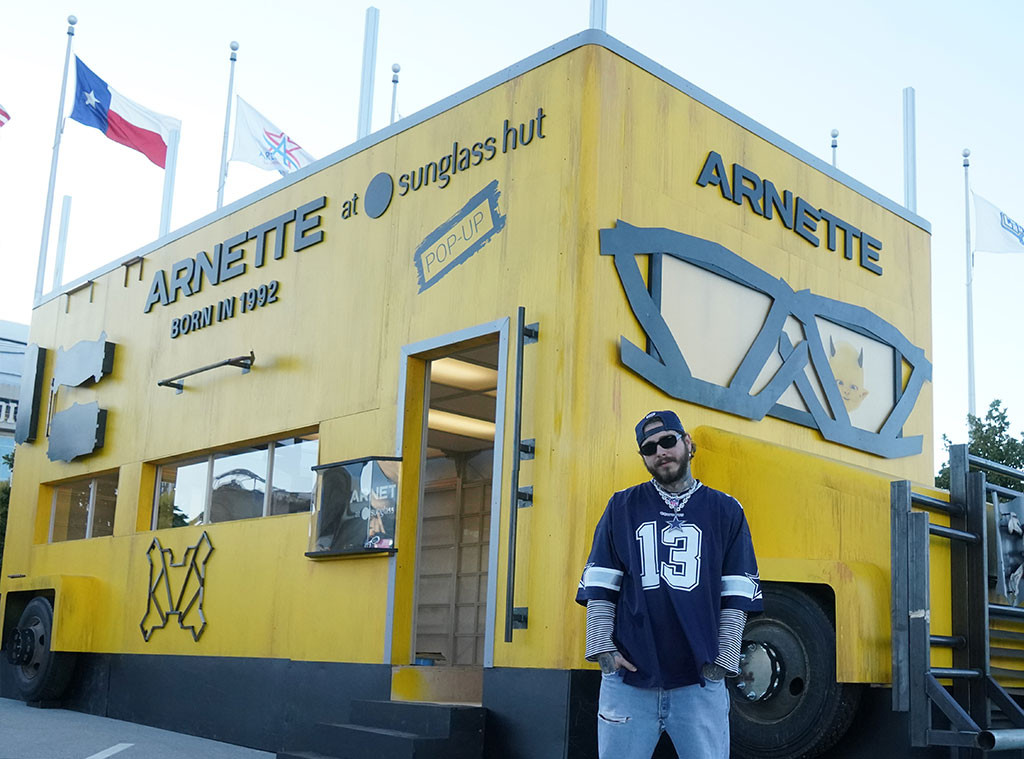 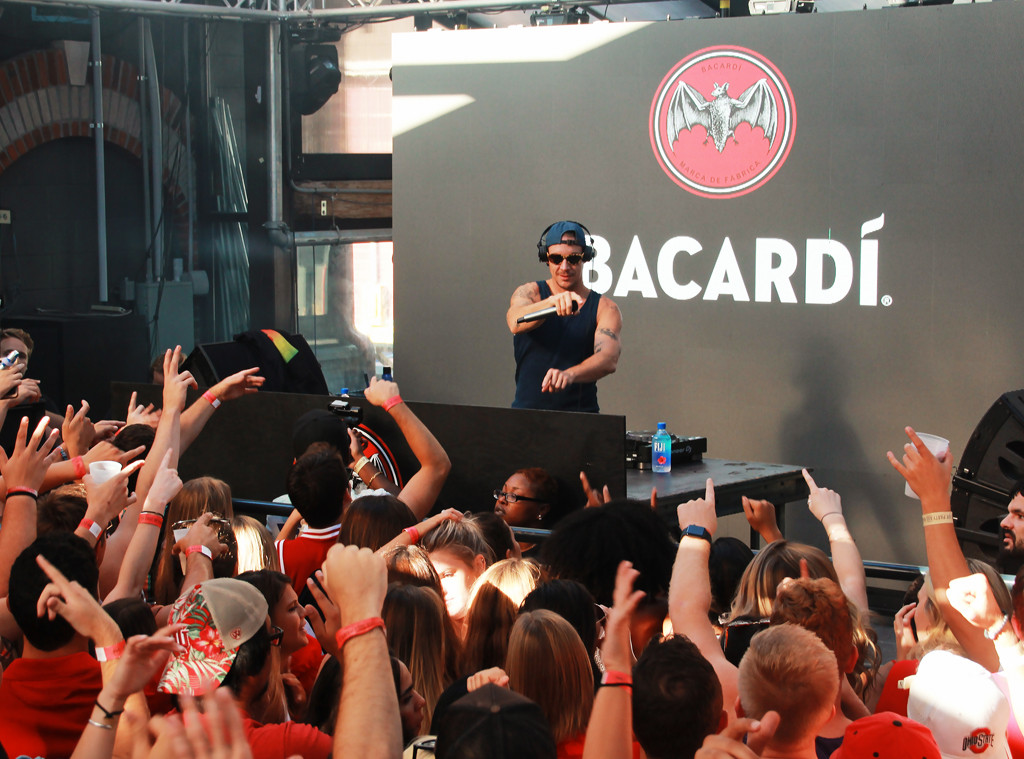 DJ and Producer Diplo teamed up with Bacardi Rum to hype up football fans in downtown Bloomington, Indiana ahead of the big Hoosiers vs. Buckeyes game for a sold-out game day performance. The DJ wore a Bacardi inspired cowboy hat for his set, which included crowd favorites such as "Revolution," "Express Yourself" and Major Lazer classics "Believer" and "Lean On." 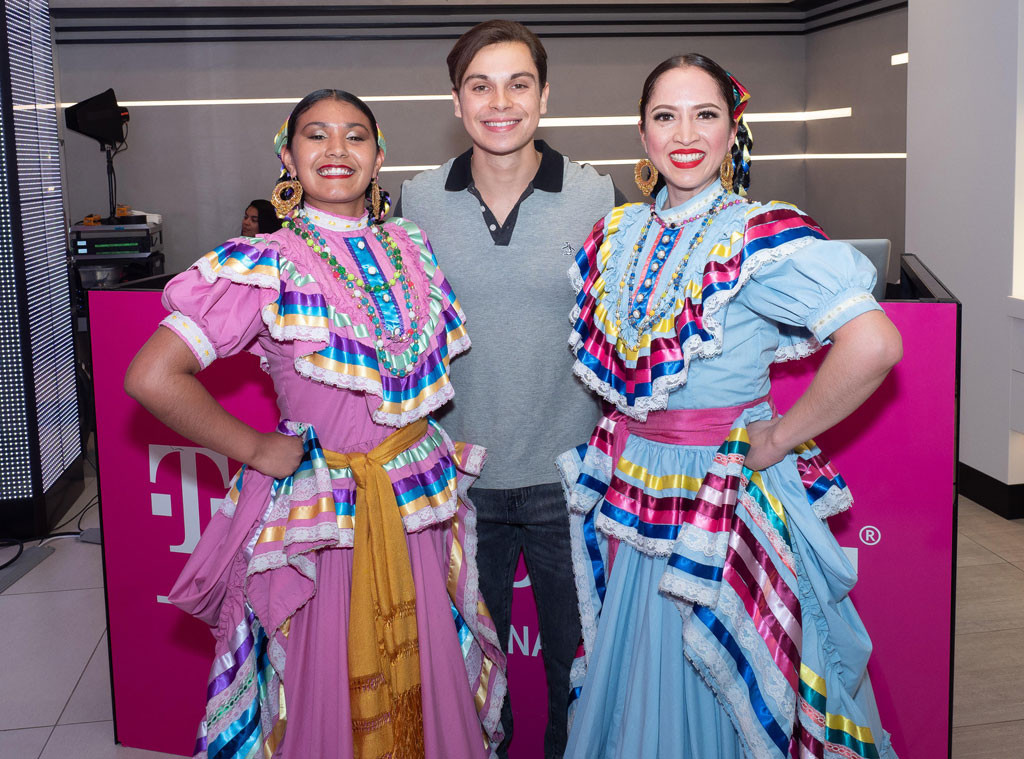 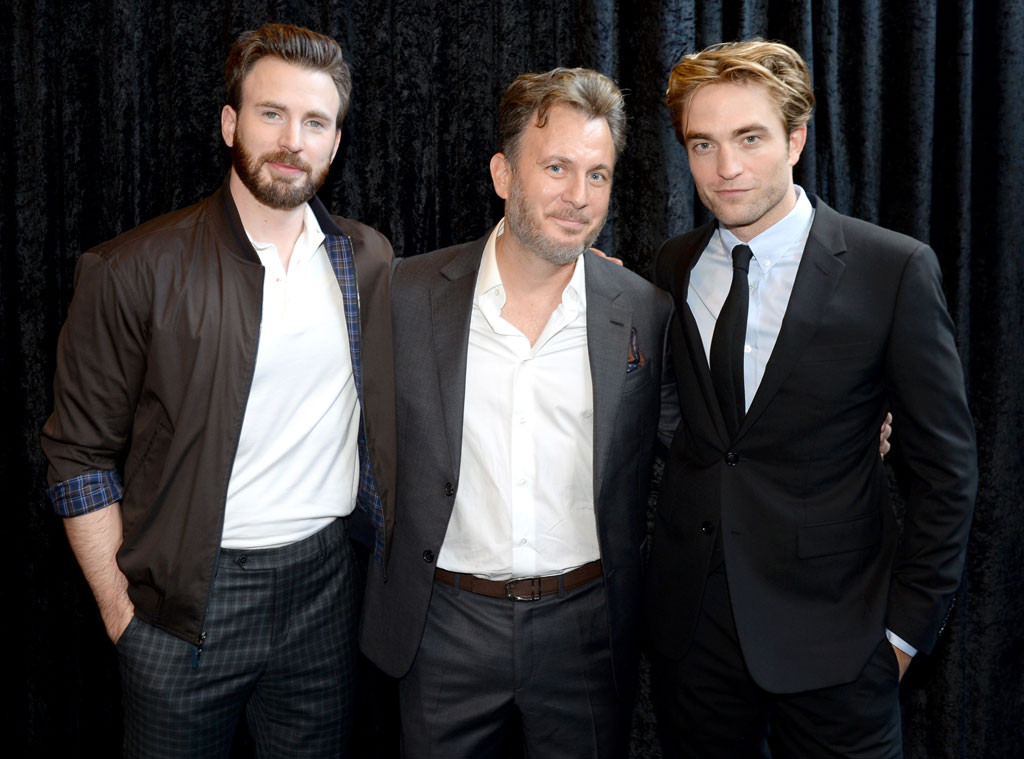 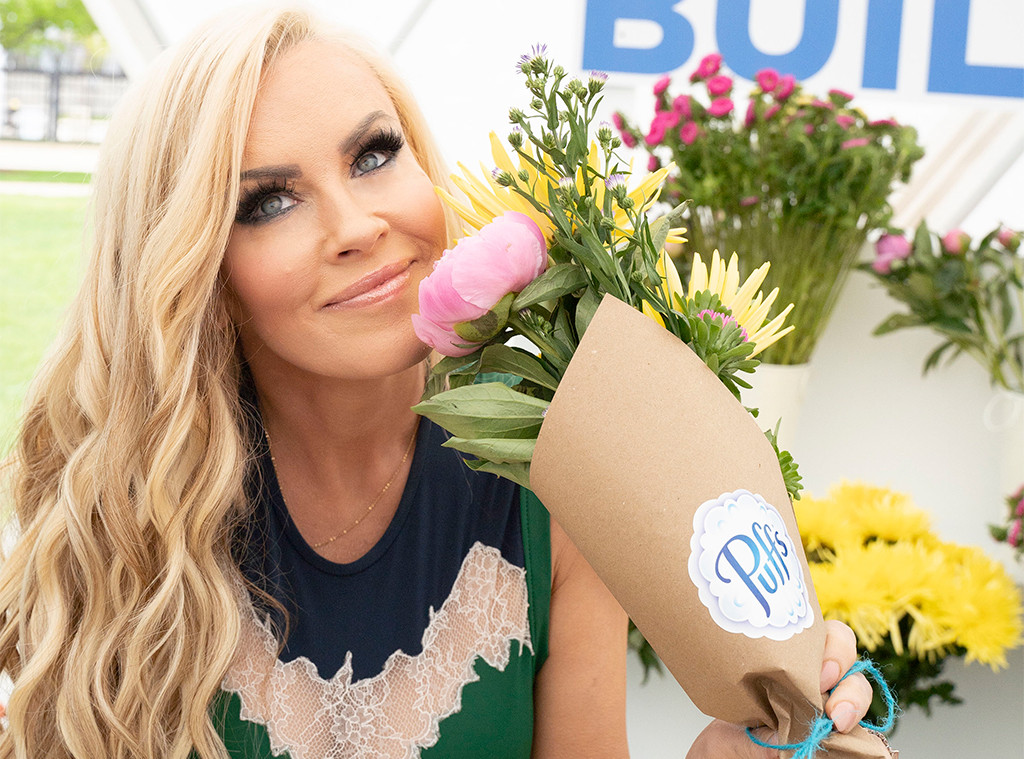 Jenny McCarthy celebrated National Asthma and Allergy Awareness Month with Amazon's Treasure Truck and P&G Puffs on Saturday, May 18 at The Puffs Magic Garden at Navy Pier in Chicago.

Ava Phillippe is growing up so fast! The daughter of Reese Witherspoon and Ryan Phillippe is heading into her sophomore year of college and collaborated with Amazon Home to decorate her dorm room. "Because the moving process at my university happens so quickly, I only had a few days to get moved in and settled. I was able to purchase all of my dorm and school essentials from Amazon's Off to College storefront and get my items delivered fast with my Prime Student membership," says Phillippe. 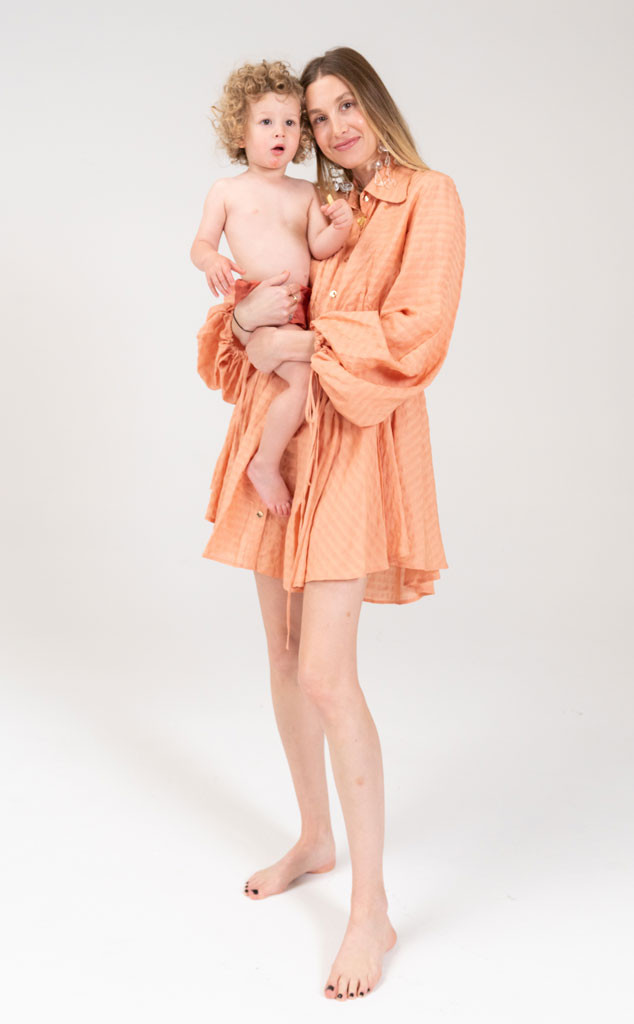 Whitney Port stunned in Cult Gaia from head to toe to support Gult Gaia's partnership with Every Mother Counts, a non-profit dedicated to making pregnancy and childbirth safe for every mother everywhere. 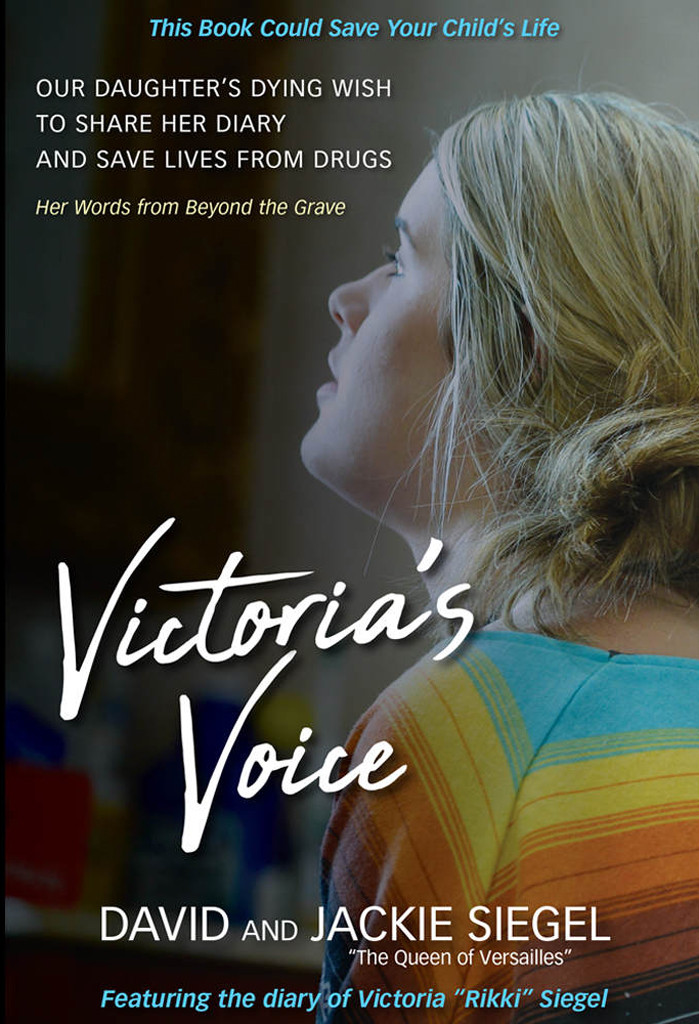 Since losing her 18 year-old daughter Victoria to a drug overdose, Jackie Siegel, star of the Queen of Versailles documentary, has published Victoria's Voice, a book intended to help families recognize and react to addiction before tragedy occurs. "It's a lot of information," Jackie tells E! News. "Information that we wish we had known before she passes away. We hope it will save lives." Gwyneth Paltrowstopped by ExpoWest in Anaheim, Calif. on March 7 to check out the new grocery store augmented reality technology that Flow Alkaline Spring Water unveiled at the expo. Flow Water also celebrated the news of their brand partnership with Paltrow's Goop website and will be served at goop Labs in New York City, Los Angeles and London in addition to the In Goop Health conferences held annually. 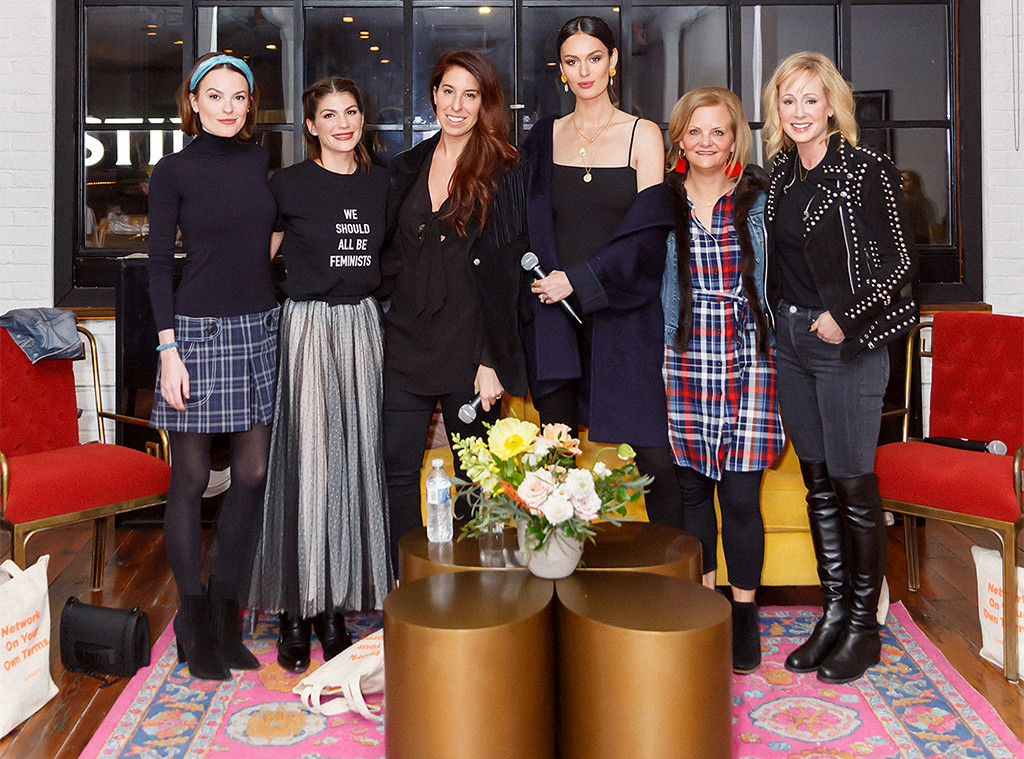 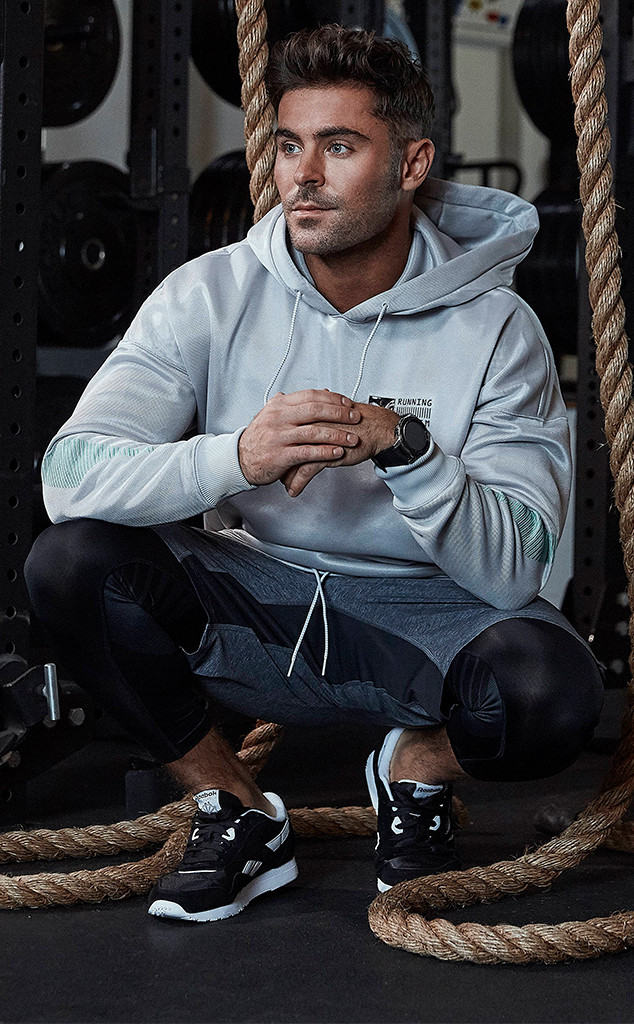 Zac Efron is starting off 2019 on a healthy note by teaming up with Amazon Sports to curate his own list of his favorite fitness essentials ranging from apparel, supplements, equipment and gear, and he is sharing it with the world. Zac's Amazon Sports shop includes items he travels with like kettlebells, medicine balls and adjustable dumbbells so he can maintain that toned physique wherever he goes. Adriana Lima and James Harden also curated lists of their favorite fitness essentials with Amazon Sports.

Hilary Duff was spotted at the Moroccan Lounge in downtown Los Angeles on Wednesday, Jan. 16 with her mom and friends to support Matthew Koma who performed with his band the Winnetka Bowling League. Onlookers tell E! News that the new parents to daughter Banks gathered in the lounge after the show with a big group to congratulate the musician. 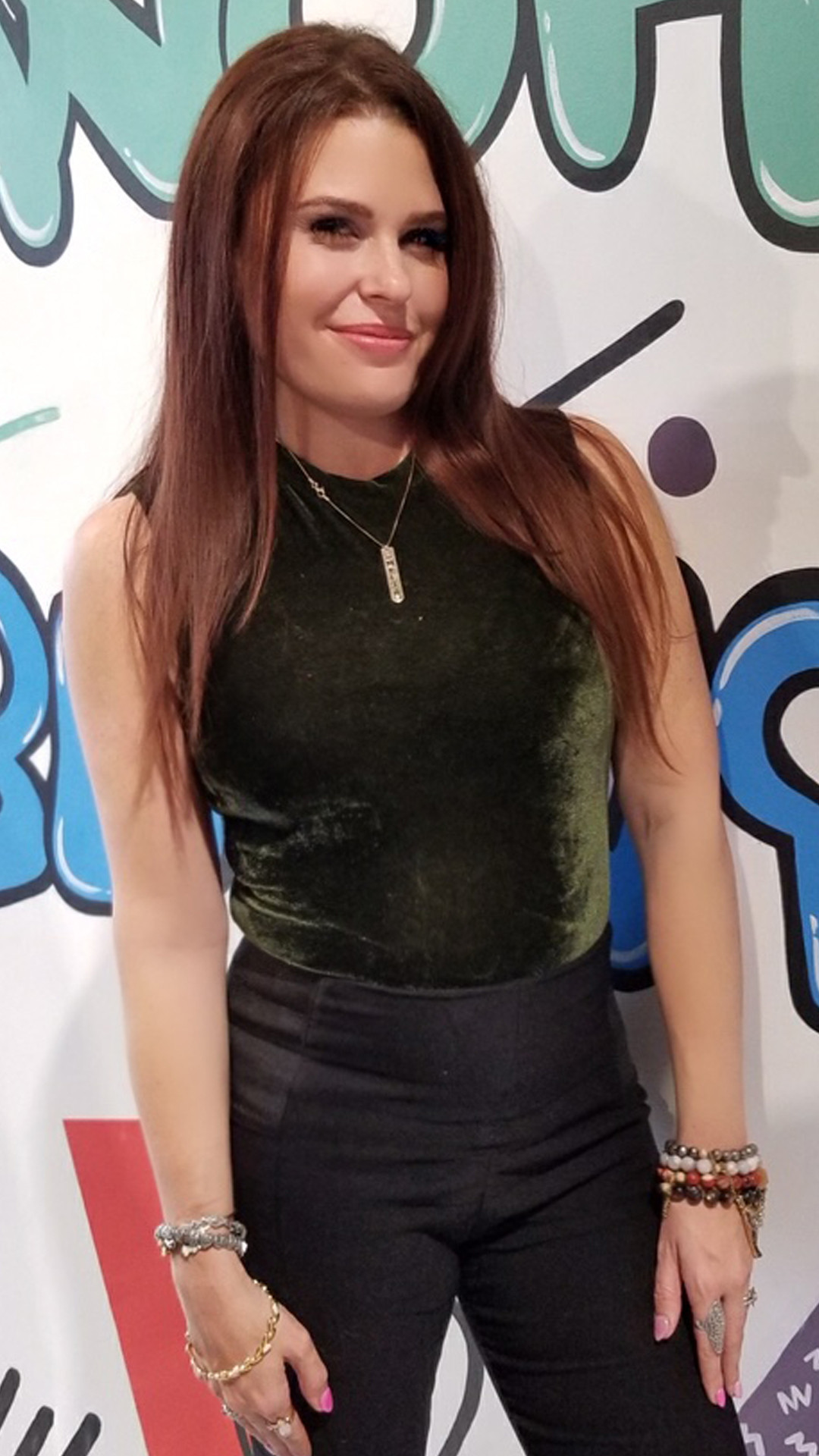 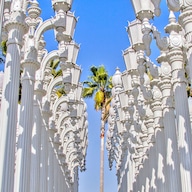 House of Harlow 1960 x REVOLVE is the ready-to-wear extension of Nicole Richie's successful jewelry & accessories brand. As one of REVOLVE's top 5 best selling brands, the line has expanded to now include shoes, handbags, swimwear, and sunglasses launching in January 2019. 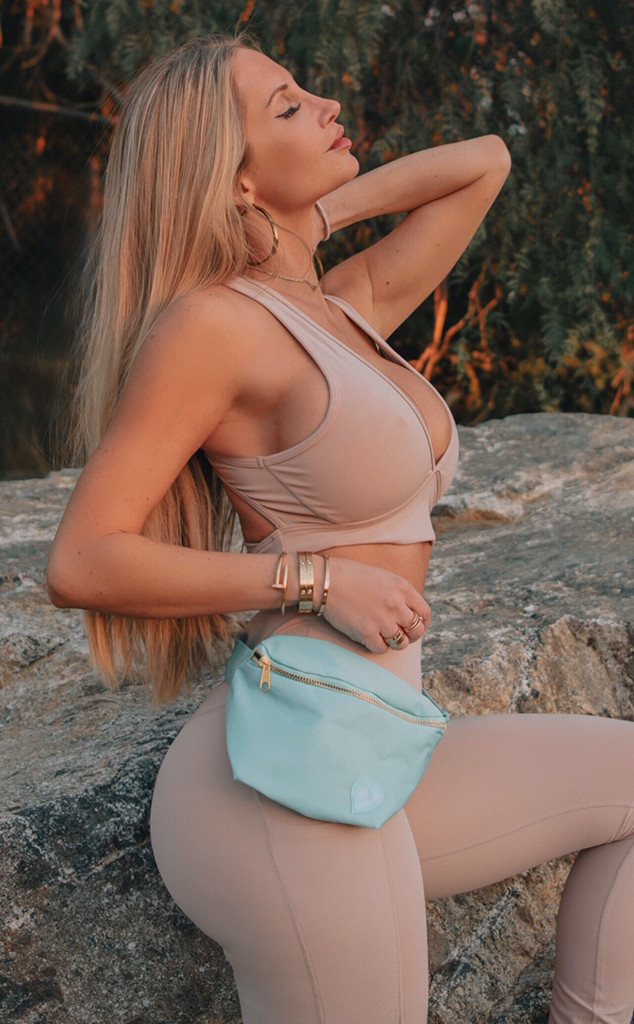 Kim and Kourtney Kardahsian's favorite gym accessory is now available in a multitude of the most perfect pastel colors! Amanda Lee, personal trainer to the sisters who help sculpt the famous Kardashian bottom, created these fanny packs designed so you can be hands free during your workout. Finished with an adjustable buckled strap you can throw around your waist for a stress-free gym session.

The late David Cassidy's son, Beau Cassidy, is opening an extended-stay apartment complex in WeHo, the El Pasadero Inn features history Spanish architecture and is expected to be a successful addition to the Cassidy family portfolio.

After his father's passing, Beau Cassidy continued to pursue his love for music and acting (even performing in shows in Las Vegas). With a hunger for something more, Beau turned to real estate and tirelessly worked on flipping El Pasadero residency beautifully into what it is today. 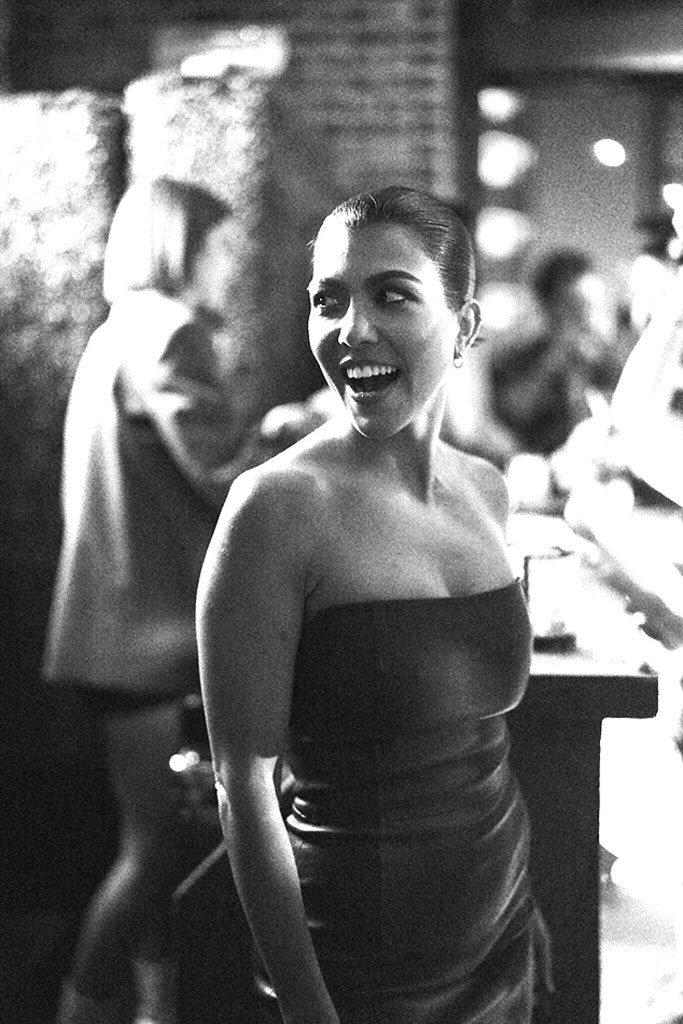 Celebs such as Kim Kardashianand Jessica Alba have all received La Fleur Bouquets celebrating the birth of their respective little ones this year. The best part? The real flowers last well over a year! Now that's a gift that keeps on giving.

Believe it or not, there was a Teen Wolf reunion at Jalapeno Pete's in Studio City, Calif. Sources tell E! News former Teen Wolf co-stars Tyler Posey and Dylan O'Brien were spotted on a double date at the low-key eatery enjoying happy hour on the patio on July 26.

On the East Coast, Ariana Grande was spotted grocery shopping at Wegmans in Fayetteville, New York with Machine Gun Kelly, according to an eyewitness. The pop star was in the area visiting fiancé Pete Davidson while he films a movie.

On the West Coast, sources tell E! News that John Cena was recently spotted stocking up on three thousand dollars-worth of wine at a Vons near the San Diego, Calif. mansion he bought for his ex-fiancée Nikki Bella.

Anna Faris brought along beau Michael Barrett to San Diego Comic-Con on Saturday, July 21 where the Mom star was busy recording her Unqualified podcast. The duo stopped by the Warner Bros. boat where they enjoyed Casamigos Tequila cocktails and according to a source, Barrett was a perfect gentleman doting on Anna by ordering and holding her drinks while she socialized. Now that's love, you guys.

It's no secret that Justin Bieber loves to stay in tip-top shape, so it should come as no surprise that the Biebs was spotted by fans refueling at Earth Bar in Santa Monica, Calif. On July 25
Eyewitnesses tell E! News Brooklyn Beckham was spotted getting pretty cozy with a mystery woman while out to lunch with friends and younger brother Cruz Beckham at Tocaya in West Hollywood, Calif. On Jul 21. 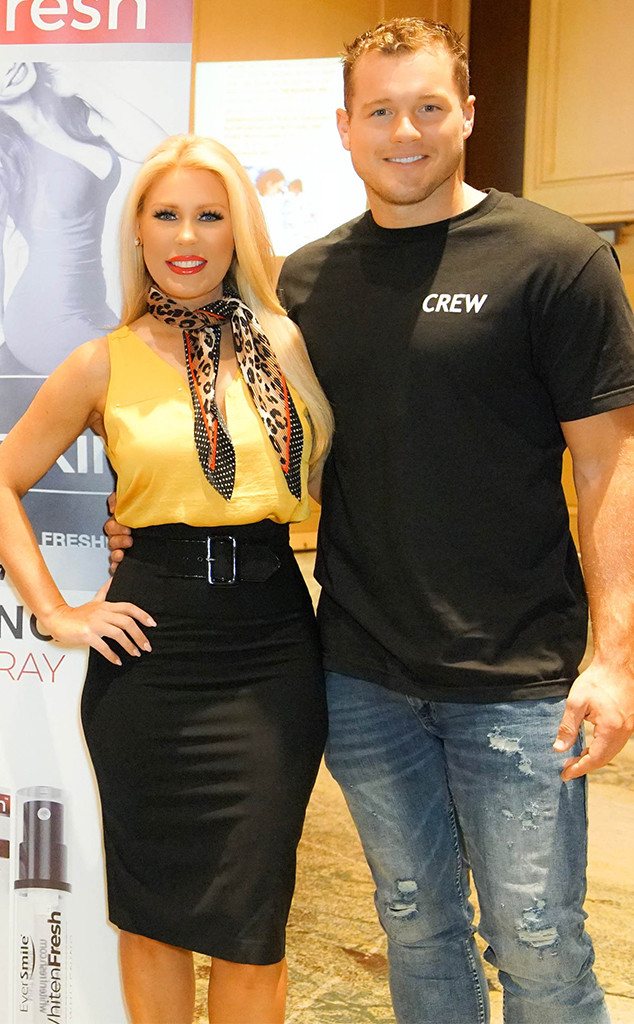 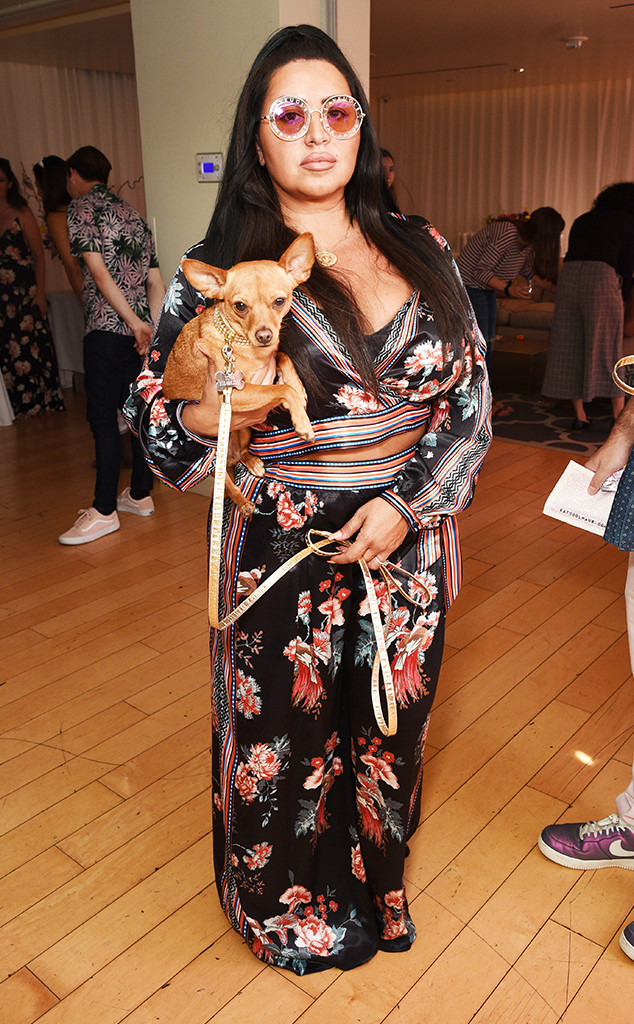 Shahs of Sunset star Mercedes Javid stopped by the Mondrian Los Angeles to celebrate the launch of Vanderpupcation—the new Vanderpump Pets featured room package collaboration with a give back to the Vanderpump Dogs Foundation. 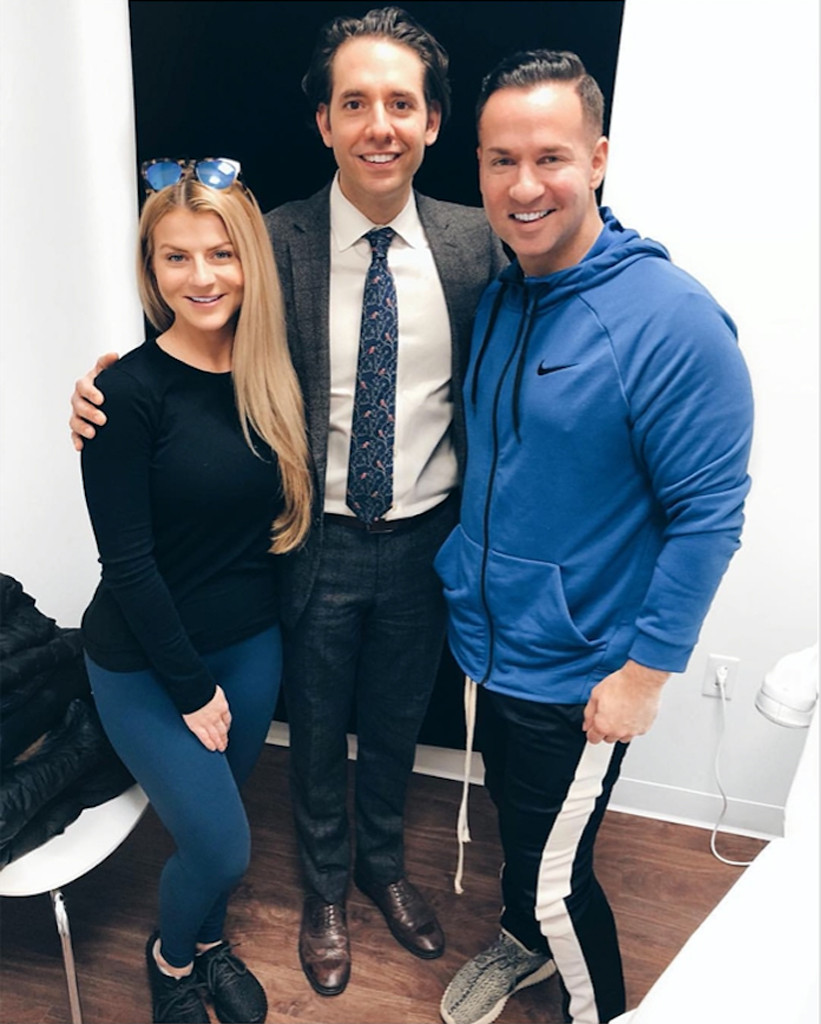 Lauren Pesce's got her something new for her Nov. 1 wedding to Jersey Shore's Mike Sorrentino: a slimmed down nose! She recently underwent rhinoplasty under the care of Dr. John Paul Tutela, who sees many brides for cosmetic treatments before their big day. "I am absolutely thrilled with her results," he tells E! News. Pesce couldn't be happier, telling us Dr. Tutela "is the only surgeon I felt comfortable with. Mike loves it!" 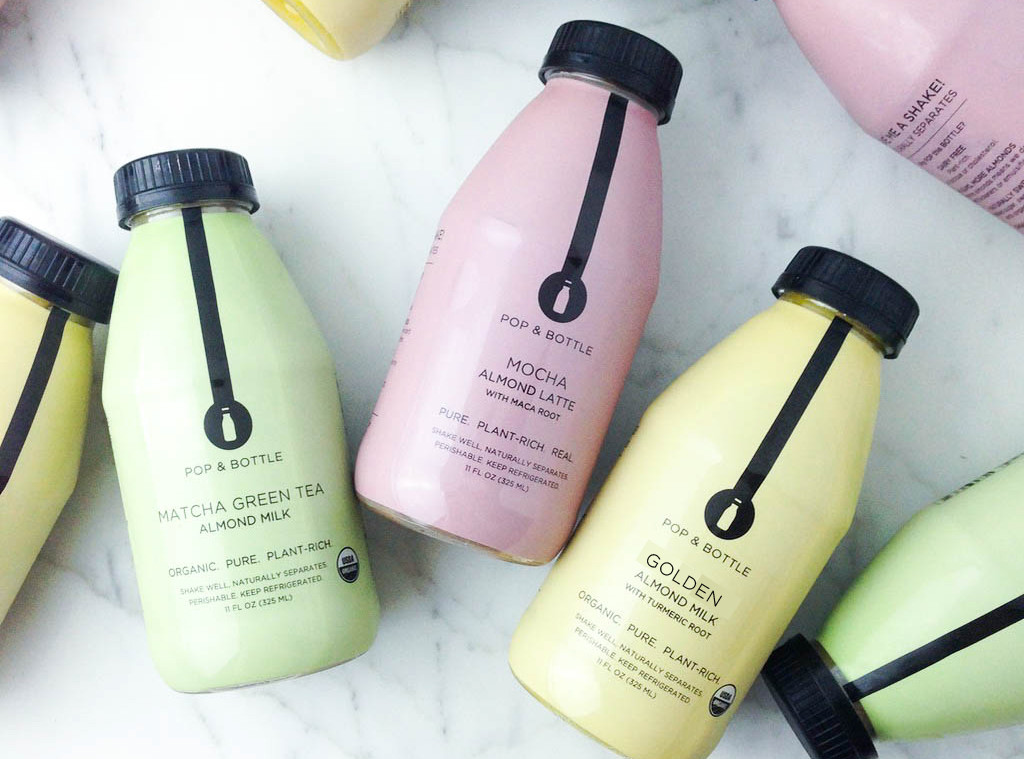 Pop & Bottle's superfood almond lattes are the latest popular trend in plant-based, organic food and drink options among Hollywood insiders. Priyanka Chopra's manager, Anjula Acharia, loves Pop & Bottle so much that she invested in the company. DJ Steve Aoki also loves Pop & Bottle, and Savan Kotecha, a songwriter that works with Ariana Grande who has invested in the brand, keeps a variety of flavors in his studio for his health-conscious artists.