E!'s Moms in the Moment: Laura Prepon Reveals Why Motherhood Completely Threw Her For a Loop 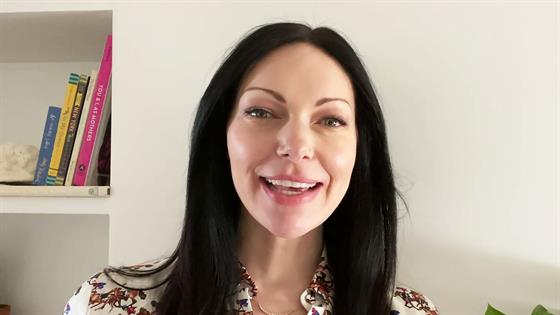 Had she been pressed on the subject, Laura Prepon most certainly would have predicted she'd be all alright following the birth of her eldest in 2017.

Having worked as a model and actress for more than two decades. the 40-year-old New Jersey native is "usually the rock that people come to. I'm the one that gets things done," she tells E! News. "People always come to me to handle the thing, whatever it is. I think that's why I am so comfortable when I'm directing because I do well in those high pressure situations."

And yet as her now 2-year-old daughter Ella flung her into the messy, exhausting indescribable world of parenting, the normally cool, collected star found herself riddled with anxieties. "I was so surprised when I first became a mother at how thrown I was, and how it was this seismic shift of my life," she explains. 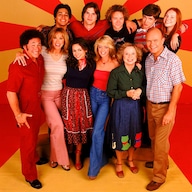 Sure, she'd been prepared for life to look completely different. She even knew to be cognizant of the signs of postpartum depression. But this wasn't that, she says, so much as an almost paralyzing fear that she could no longer shield her daughter from danger in the same way she had for nine long months.

"It was this Mama Bear times ten," she describes. "I felt like I couldn't protect my child from whatever—a fire engine driving up the street I felt like was an attack on my family. I was so riddled with anxiety which is so not me. It was stress, it was loss of control because now your baby is outside of your body so it's like your heart is outside of your body. I didn't know how to deal with it and I was really struggling with all of it." 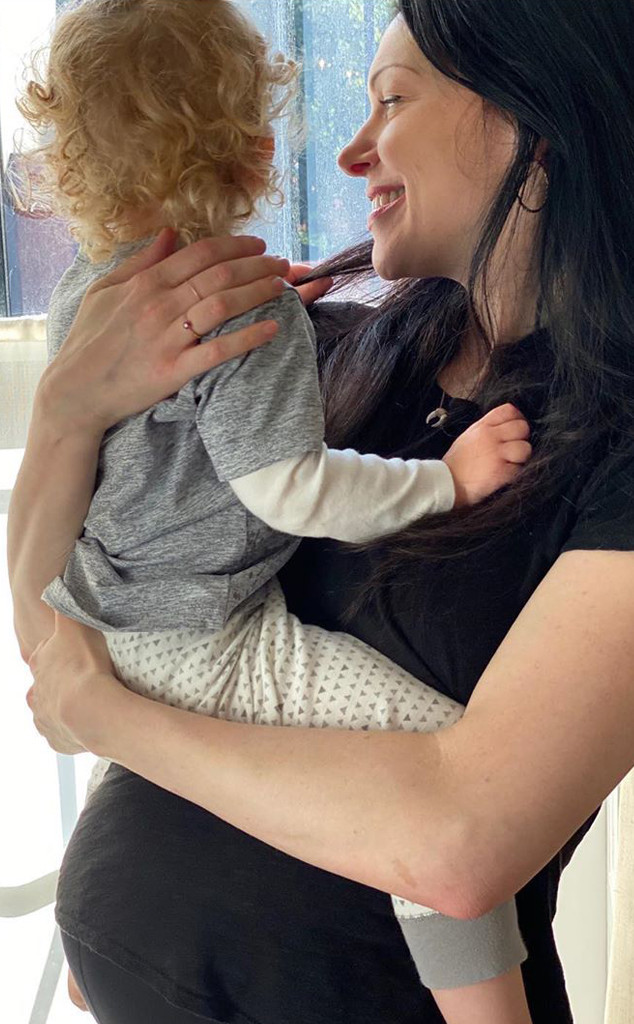 A conversation with now-husband Ben Foster was the initial breakthrough. She recalls of the 39-year-old actor, "He's like, 'You can't be the only one dealing with this.'"

Which of course she wasn't, every mom friend she rang up—from an L.A. pal raising an 18-year-old to That '70s Show costar Mila Kunis—confirming that stress and concern was just a part of the parenting package. "I realized we're all dealing with similar things," she shares. "From how we were mothered and how it affects us, to stress and loss of control, self-care, mom guilt, there are all of these things that we're all dealing with to some degree."

The chats became the cornerstone of You and I, as Mothers: A Raw and Honest Guide to Motherhood, Prepon's new book that sees her weaving the experiences of her friends with those of her own. Explains the Orange Is the New Black alum, who expanded her family with her son's late February arrival, "There are all these different viewpoints so that any reader can have something to take away."

She packages up a few for us.

Wash hands and hold the ones you love.

Find your squad.
There's a reason this tops many a mom blogger's lists of advice. For the actress, who sings the praises of her "eclectic, wonderful group of women", just realizing her new worries were a shared experience helped. Even friends with kids much older than hers could relate: "There are all of these things that we're dealing with at different degrees, even though we're at different areas of our life."

Connecting with other parents in your life just might lessen a bit of a load and it can certainly deepen your connection. Years after they worked together on That '70s Show, she and Kunis, now mom to daughter Wyatt, 5, and son Dimitri, 3, with husband Ashton Kutcher, remain close. "Because we both have such an understanding of what each other has gone through, you can't help but have that relationship be deeper and more understanding," she says.

Prepon has even reached a new level with her three sisters: "We're all moms now and our relationship has shifted in a way that's so much deeper because of it." 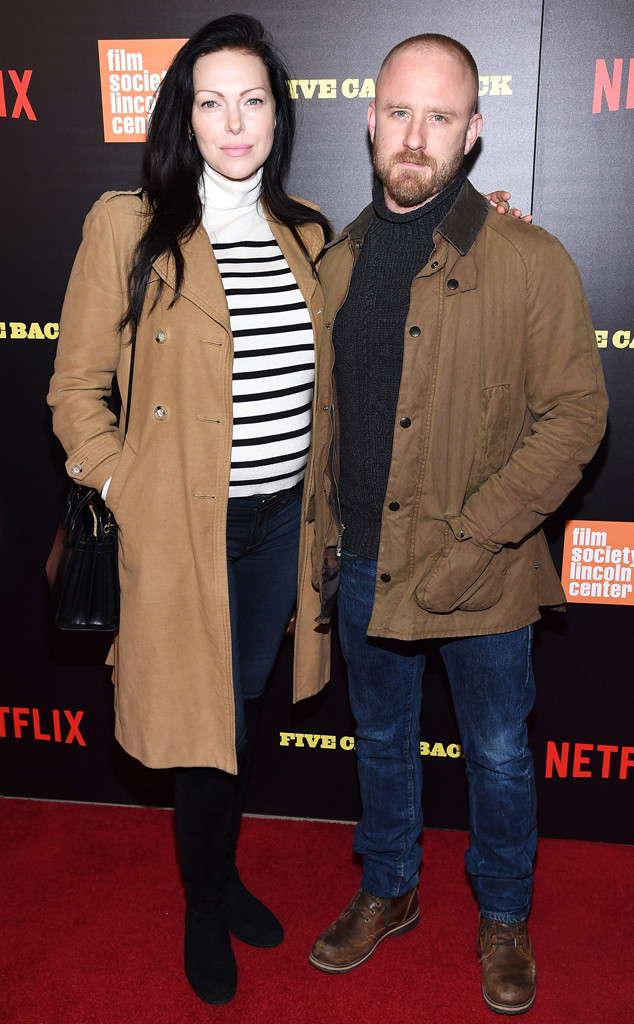 Teamwork? Yeah, it makes the dream work.
That's how Prepon feels about parenting with her husband of two years. "If you are raising your kids with a partner, that partner refuels you and you lean on each other and you ask for help," she says. "That needs to stay strong."

The oft-repeated date night recommendation is important. "If you aren't able to have someone to watch your kids, figure out a way to do that at home," she suggests. These past few weeks have certainly proven how possible that is. "After you put your kids down," she says, "make dinner, hang out, bond, have some wine. It's just about making that time."

She and Foster's other signature moves include "sticking a little Post-it on the bathroom on the mirror that says, 'I love you,'" or simply giving props for handling that middle-of-the-night wake-up. "Even just saying thank you, being appreciative, making the other person feel seen and heard," she says. "Little things like that go such a long way and we're really good at that and it's something that's really important. I feel like a lot of couples don't know that even those little simple things make such a big difference." 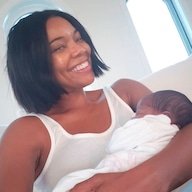 Stars Celebrating Their First Mother's Day as Moms in 2019

Take a second for yourself.
Ideally, a few minutes. "Every mother I interviewed for my book, and myself, we all have some form of meditation," reveals Prepon, who practices Transcendental Meditation with her husband.

Even if she can't squeeze in a full session, "whenever I have a few minutes whether I am acting or directing, or doing my virtual book tour, I find a moment in the day to just sit and close my eyes and just try to focus on my breath," she shares. "Of course, you're going to be thinking about work and all these things are going to come into your head, or, 'Oh, I have to get this thing ready for my kid,' or whatever, but if I have those few minutes I really just try to slow down my breathing and rest a little bit while I can."

Do the prep work.
Though Prepon has said she finds cooking to be meditative, it's less relaxing when she's scrambling around trying to throw nourishing meals together. With less time on her hands, The Stash Plan author found herself coming up with a few kitchen hacks. Since smoothies are a big part of her diet, she says, "I freeze a lot of greens like kale and spinach so then I just grab a handful and throw it in."

The move ensures that both she and her family are getting their servings of vegetables and it works with larger dishes as well. Rather than start from scratch each time, she'll make big batches of meals to have on hand and she makes it a point to "have a protein that's prepped in my fridge, like a chicken breast or rice and potatoes and some kind of vegetable so I can quickly throw together a lunch," she shares. "I try to prepare food in advance any time I can because it just makes everything so much easier." 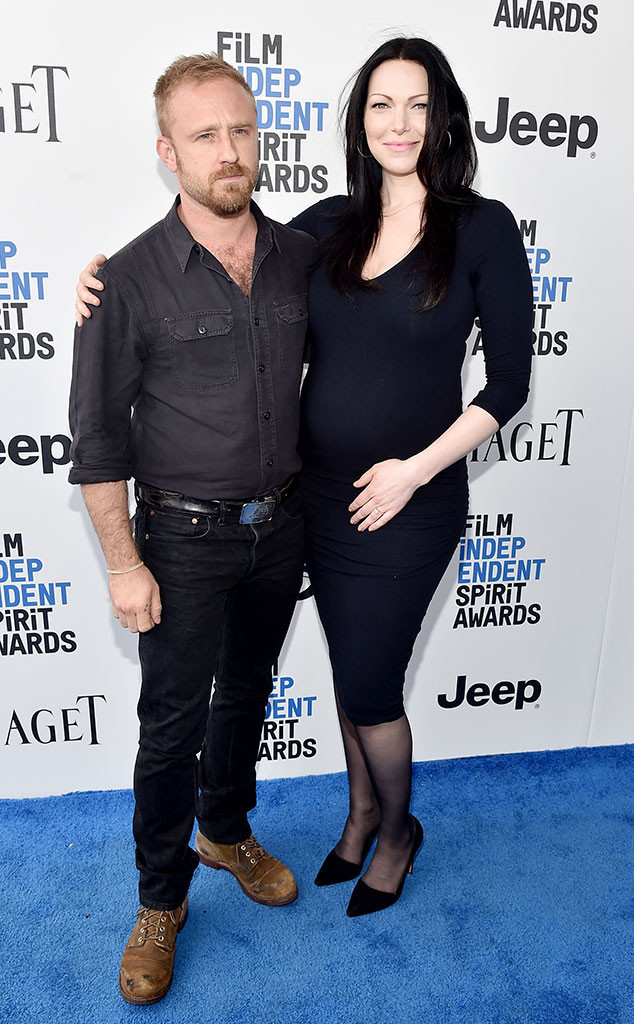 When possible, find the funny.
In Prepon's home, that's general Foster's gig. The veteran film and TV actor has been working to keep things lighthearted as his brood social distances at home. "Kids pick up so many thing energetically, they have like a little antenna, they just perceive energy so my husband and I try to stay informed but make sure that our children don't feel any of that stress or fear about what's going on," says Prepon. "We really just try to stay upbeat and find levity where we can." Though, as she admits, "It helps that my husband is the funniest person I've ever known."

Aside from relishing in his comedic timing and funny online clips, they're trying to focus on the extra time with their recently expanded family, the chance to bond with their kids an instant mood-booster. "Having our newborn, we're really just trying to embrace this time and not let it be surrounded by the scariness that's going on," she says. "We've been doing a good job at it, I think. I'm proud at how we're able to handle it."

Looking to get a handle your own quarantine situation? Borrow these ideas from Molly Sims and Kelly Rowland.