Where Are the Original Party of Five Stars Now?

It's been 20 years since we said goodbye to the Salingers.

Two decades before Freeform teamed up with creators Amy Lippman and Christopher Keyser and introduced viewers to the Acosta children—Emilio, Lucia, Beto, Valentina and baby Rafa—in a timely, but ultimately short-lived update on their classic series, which followed their struggles to survive daily life as a family unit after their parents are suddenly deported back to Mexico, Fox was laying the blueprint with the beloved Party of Five.

Premiering on Fox on September 12, 1994 and running for six seasons and 142 episodes until its series finale on May 3, 2000, Party of Five may not ever have been as splashy or over-the-top as network neighbors Beverly Hills 90210 or Melrose Place, but it did make household names out of Matthew Fox, Scott Wolf, Neve Campbell, Lacey Chabert and more, even earning a short-lived spinoff of its own at one point. 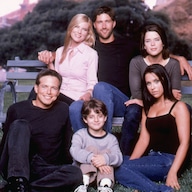 To see what the OG cast has done since the show wrapped 20 years ago, read on! 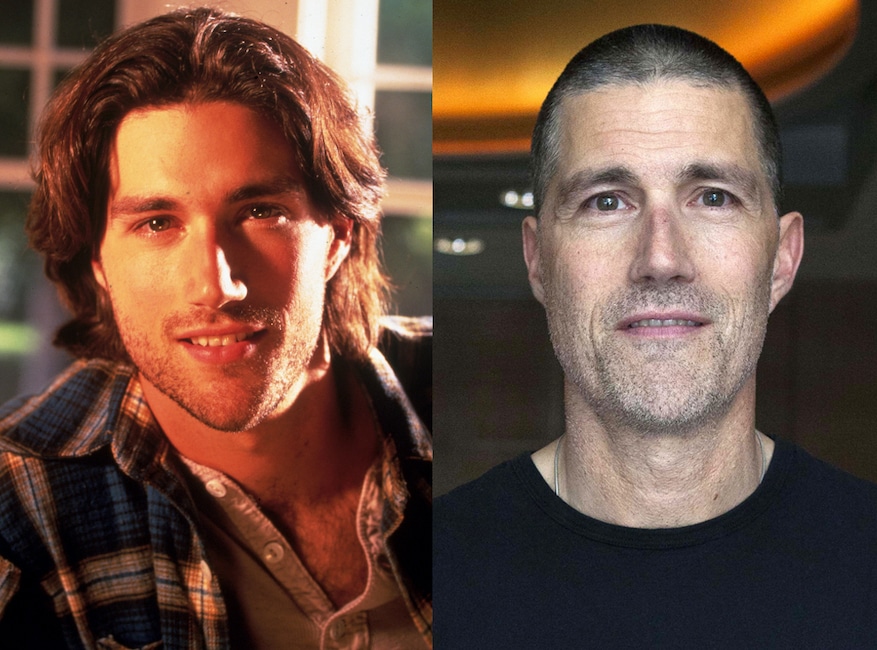 After breaking through as eldest sibling Charlie Salinger, Matthew Fox found even greater success playing Jack Shephard in a little show called Lost. Ever heard of it? When the cultural juggernaut wrapped up after six seasons in 2010, the actor jumped to film, appearing in movies Alex Cross, Emperor and World War Z. He was last seen in the 2015 films Bone Tomahawk and Extinction. 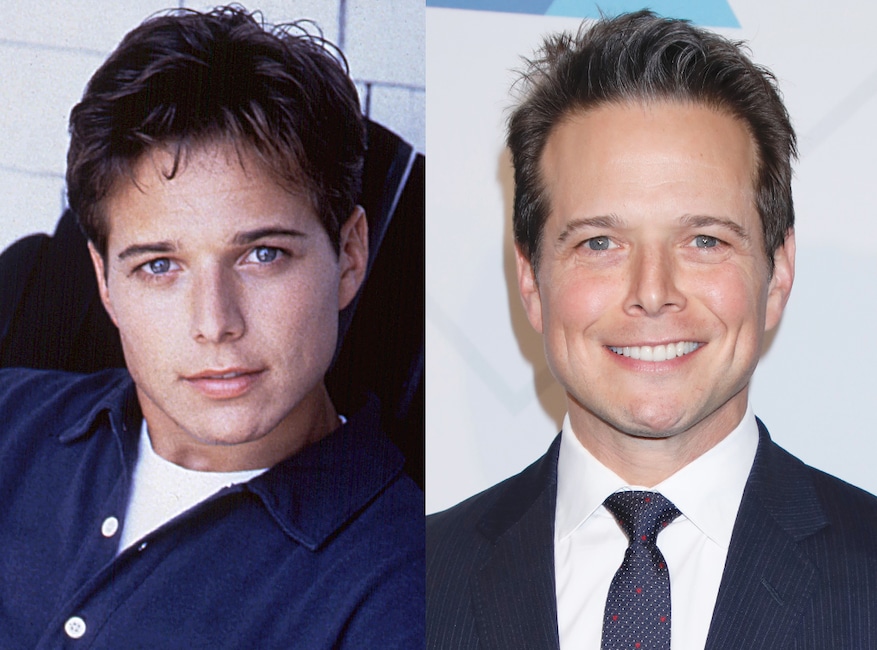 After playing second-born sibling Bailey Salinger, the rebellious teen-turned responsible caretaker who battled alcoholism in season three, Scott Wolf mostly stuck with television. He joined the cast of Everwood in 2004, playing Dr. Jake Hartman for 36 episodes, starred in the short-lived ABC series The Nine and V, then joined the casts of TNT's Perception and NBC's The Night Shift until finding himself starring in The CW's just-renewed Nancy Drew as the titular sleuth's dad Carson Drew. 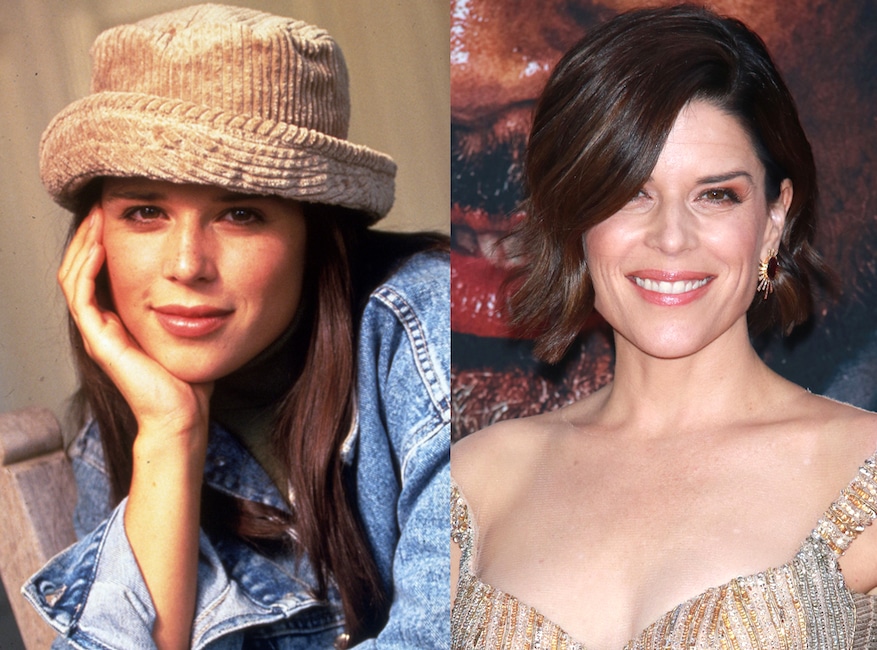 After breaking through as middle sibling Julia Salinger, Neve Campbell became a household name thanks to starring roles in films like The Craft, Wild Things and the iconic Scream franchise, all of which were produced during her run on the Fox drama. Since the show wrapped, she's appeared in several indie films, acted on the West End, returned to her iconic role of Sidney Prescott for 2011's Scream 4, guest-starred on TV shows like Medium, Grey's Anatomy and Mad Men, starred as political consultant LeAnn Harvey in seasons four and five of House of Cards and starred opposite Dwayne "The Rock" Johnson in the 2018 action film Skyscraper. 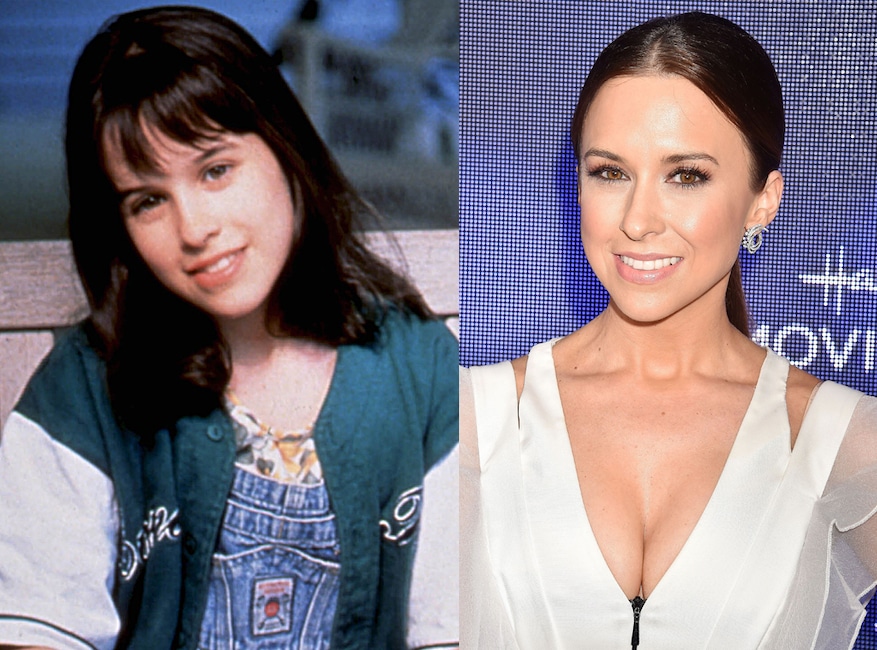 Lacey Chabert was just 12 years old when she began playing gifted violinist Claudia Salinger. As Party of Five was coming to an end, she famously performed the original voice of Meg Griffin in Family Guy, which debuted on Fox a year before the drama wrapped. She was, of course, eventually replaced by Mila Kunis. Don't feel too bad for her, though. Not only did she star as Gretchen Wieners in the 2004 smash hit Mean Girls, but she's become one of the go-to names for Hallmark's wildly popular Countdown to Christmas programming, starring in eight films for the network as of 2019. 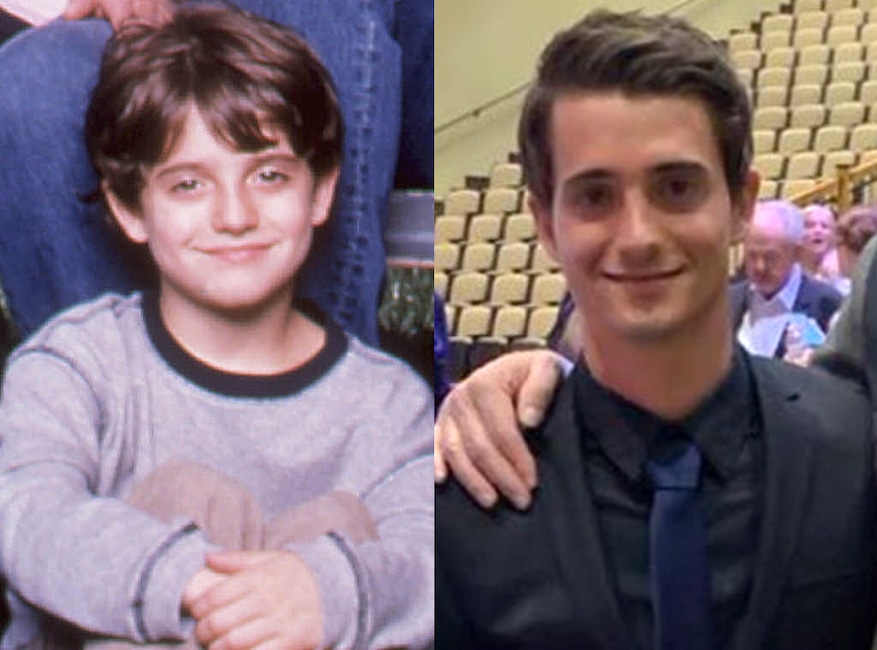 Youngest Salinger sibling Owen, who was an infant when the show began, was played by several actors over the course of the show's run. By the time he had stories of his own, he was played by child actor Jacob Smith. After the show wrapped, he appeared in the 2000 DCOM Phantom of the Megaplex and starred as Jake Baker in the 2003 family comedy Cheaper by the Dozen and its 2005 sequel Cheaper by the Dozen 2. He seemingly retired from acting soon thereafter and has maintained a low profile. According to his locked Twitter profile, he currently resides in Florissant, CO. 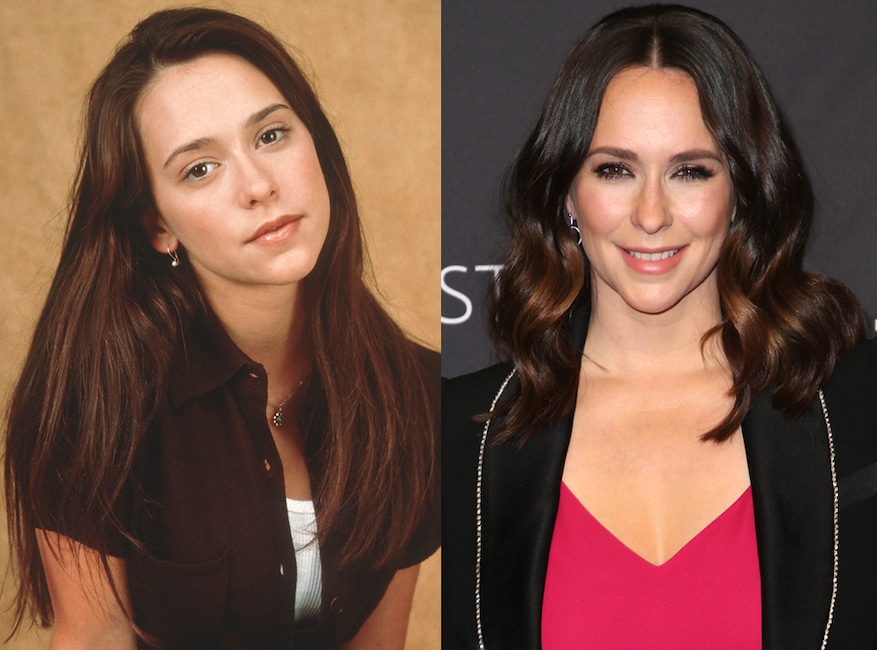 After breaking through as Bailey's on-off high school girlfriend Sarah Reeves Merrin, Jennifer Love Hewitt earned her own spinoff, Time of Your Life, in 1999. It was canceled after just one season. By then, she'd already become a household name thanks to starring roles in the successful I Know What You Did Last Summer franchise. She went on to star in films like Heartbreakers and Garfield: The Movie before landing the starring role in Ghost Whisperer in 2005, a sueprnatural drama that ran for five seasons on CBS. She followed that show up with The Client List and Criminal Minds before joining 9-1-1 in season two as 911 operator Maddie Buckley Kendall, replacing Connie Britton. 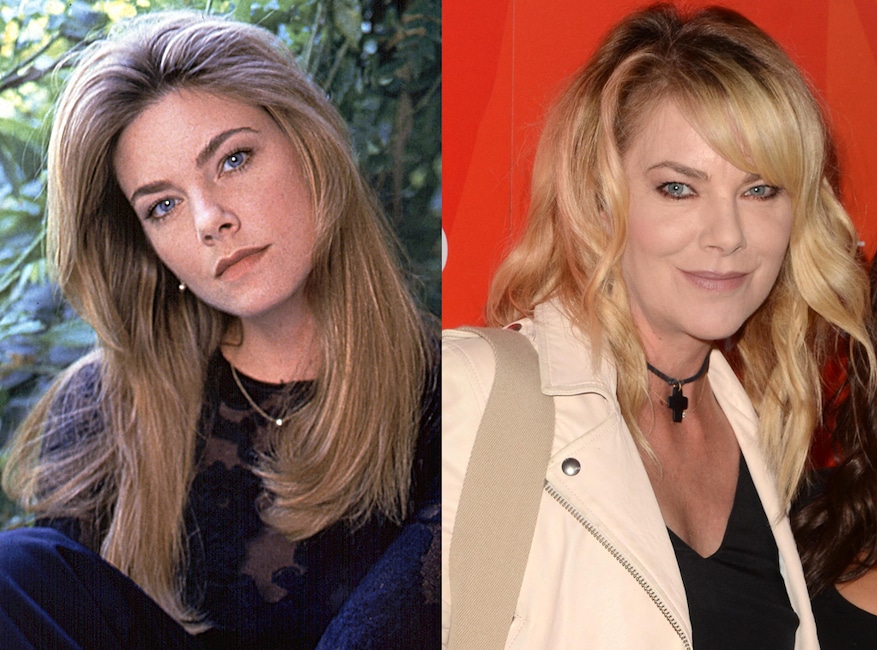 Starring as Owen's nanny-turned Charlie's on-off love interest and eventual wife by the show's end, Paula Devicq never landed a role quite as successful Kirsten Bennett. She starred in short-lived legal drama 100 Centre Street in 2001, had a recurring on FX's Rescue Me from 2004-05, and appeared in the 2011 Richard Gere film Arbitrage. Her most recent credit is the 2019 indie film Finding Julia. 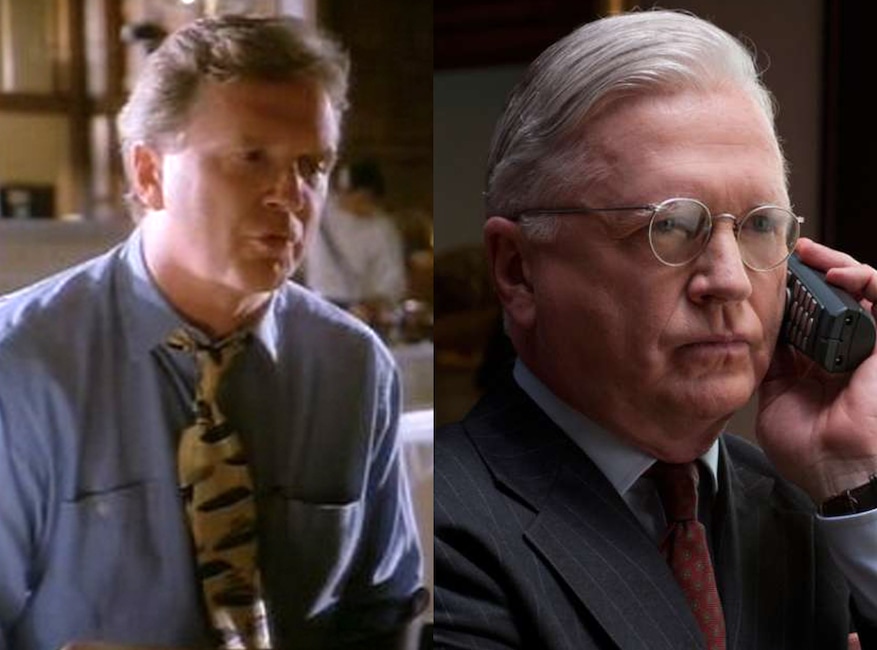 While he was never made a series regular, Tom Mason appeared in 55 episodes throughout the show's run as Joe Magnus, the co-owner of family restaurant Salinger's who grew up with the brood's dad Nick in an orphanage and became something of a father figure to them in the wake of their parents' death. Since the show wrapped, he's appeared in shows like Law & Order, The Sopranos, and Blue Bloods and the 2006 Clint Eastwood film Flags of Our Fathers, while portraying AIG chairman and CEO Bob Willumstad in the 2011 HBO movie Too Big to Fail. After starring as Bailey's best friend from high school Will McCorckle in seasons one, two, and six (while only recurring in three through five), Scott Grimes went on to star as Dr. Acrhie Morris in ER and Sergeant 1st Class Donald Malarkey in Band of Brothers, as well as voice Steve in American Dad. He also played Will Scarlet in Ridley Scott's 2010 adaptation of Robin Hood with Russell Crowe in the titular role. He can currently be seen starring in Seth MacFarlane's The Orville, which will move from Fox to Hulu for its third season in late 2020.

After starring as Griffin Chase Holbrook from season two onward, Jeremy London joined 7th Heaven for its seventh and eighth seasons. In 2010, he joined the cast of VH1's Celebrity Rehab in its fourth season to seek treatment for addiction from Dr. Drew Pinsky. His most recent credit is a 2016 episode of MacGyver on CBS. 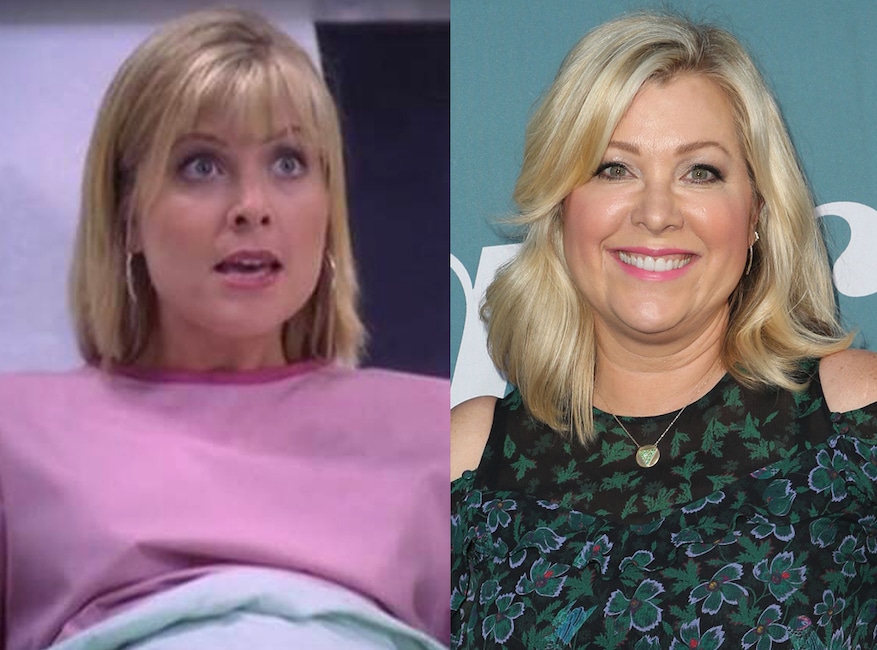 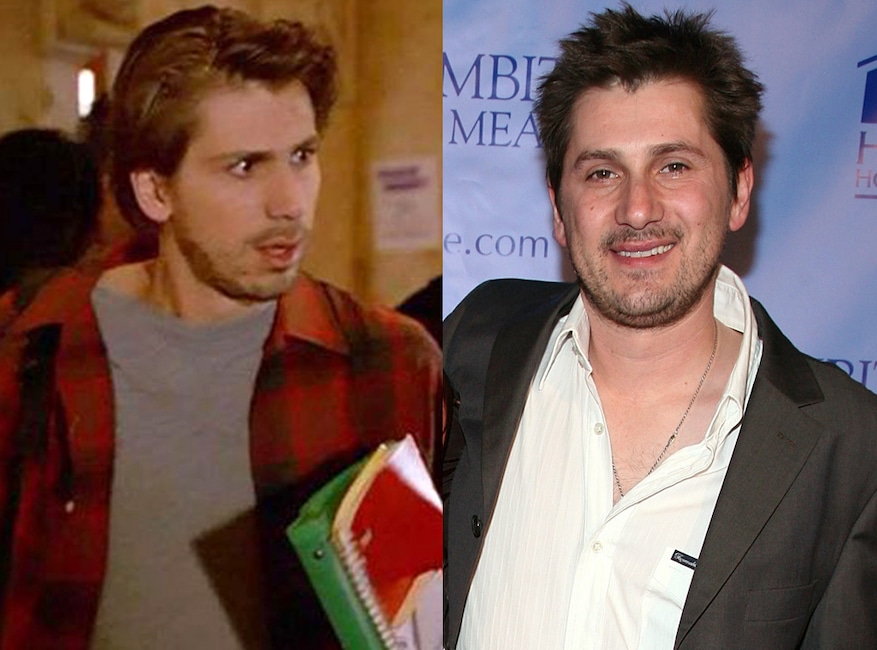 Appearing as Julia's love interest Justin Thompson throughout the series, Michael Goorjian has guest-starred in shows as varied as Alias, Monk, CSI: Miami and, in 2016, Lucifer. He also appeared in HBO's 2017 film The Wizard of Lies, starring Robert De Niro as Bernie Madoff. He's also worked behind the camera, directing and co-writing the 2004 film Illusion, which featured Kirk Douglas in his last film role. In 2016, he also published his debut novel What Lies Beyond the Stars.