Here's What You Missed: Inside the Real Life Loves of Glee's Big Stars 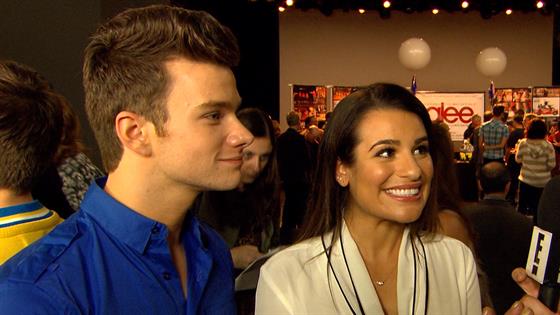 Here's what you missed the last five years on Glee.

Okay, not so much on Fox's smash hit, but in the lives of the theater kids it elevated to instant stardom with it's 2009 premiere. Because, FYI, for those who haven't been paying attention the last half-decade, Quinn and Kitty traded their cheerleader uniforms for wedding gowns and business attire, each actress taking charge of the trajectory of their career with ventures into directing and podcasting. Rachel Berry is about to be a mom and, no, not as a surrogate to Kurt and Blaine's baby as the 2015 finale foretold.

Also, Tina and Artie truly aren't a couple, though real-life pals Jenna Ushkowitz and Kevin McHale (both in separate, longterm relationships) fielded that question enough to have the idea serve as a basis for their new podcast, Showmance. 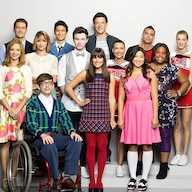 As for the rest of the graduates and faculty of Lima, Ohio's McKinley High, for as much loss befell Ryan Murphy's creation, with the tragic deaths of Cory Monteith and Mark Salling, they've been blessed with a fair amount of love as well.

Save for a few exceptions (who may just be avoiding making any couplings Instagram-official), the majority of the main cast members have locked in a duet partner and have even begun creating their own mini show choirs. Sign us up for whatever Broadway show stars Lea's future offspring and Matthew's son Revel!

So fill up you slushie cup, scroll through our gallery and help us decide who's worth of Class Couple status. 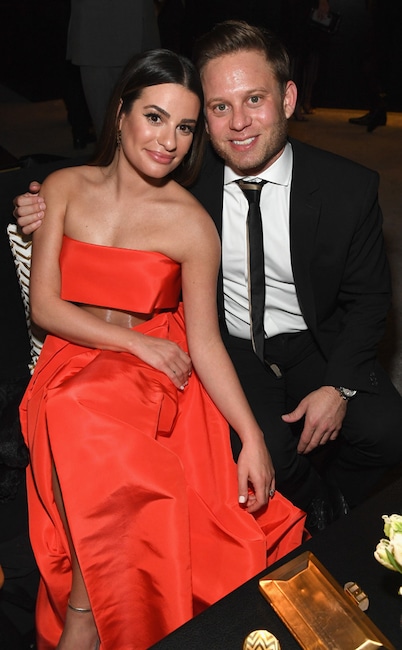 Much like her driven alter ego Rachel Berry, Michele is living out her happy ending. Though a Tony is still in the offing (will she accept a SAG and a handful of People's Choice Awards for now?), she found her partner in clothing brand owner Zandy Reich and now they're ready to make their duet a trio. A little more than a year after their March 2019 Napa vows (attended by fellow Gleeks Darren Criss and Becca Tobin), the triple threat, 33, is expecting their first child. As a source tells People, "They've always wanted to be parents." 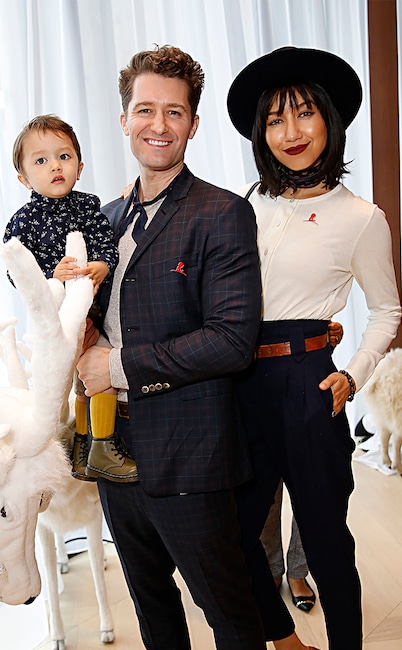 Two-and-a-half years in, the actor is still, uh, reveling in life with son Revel James Makai Morrison and model wife Renee Puente. "You know I have a lot of love for a lot of people but I never experienced the love I have for my son," the Disney Dreamin' with Matthew Morrison artist, 41, told E! News earlier this year. "It's one of a kind and it's tested constantly but it's enduring and it's so strong and the bond we have is so special and I'm absolutely loving this journey." With any luck, their group will soon be a quartet, which might necessitate another reunion like the one arranged to meet Mr. Schue's then-newborn in early 2018. "What a beautiful night hangin with my old kids & new kid!" he shared. 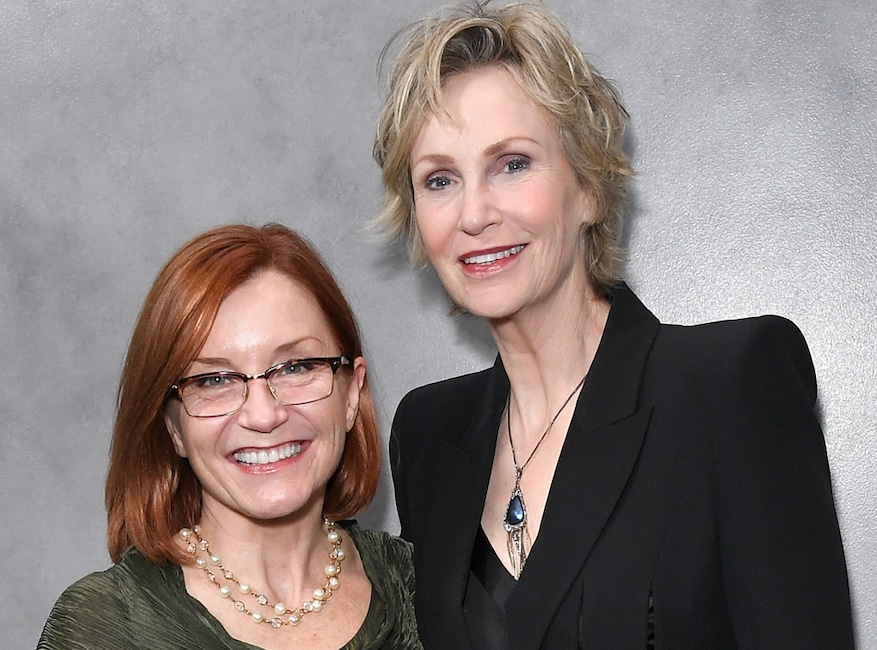 "Finding love in my 50s has been a blessing," the five-time Emmy winner told Parade in 2019 of reuniting with partner Jennifer Cheyne a few years earlier. Together in the early 2000s—before she donned Coach Sue Sylvester's track suits and enjoyed a brief marriage to psychologist Lara Embry—"We broke up and then reconnected a decade later and just fell back together so easily and lovingly," the 59-year-old said of life with the Cheyne and their three rescue dogs. "We're very different people now—we don't have the same insecurities we used to have. We live very peacefully. We have our own routines and separate spaces to retreat to within our home, but then we'll have coffee together in the morning and meet for a meal." 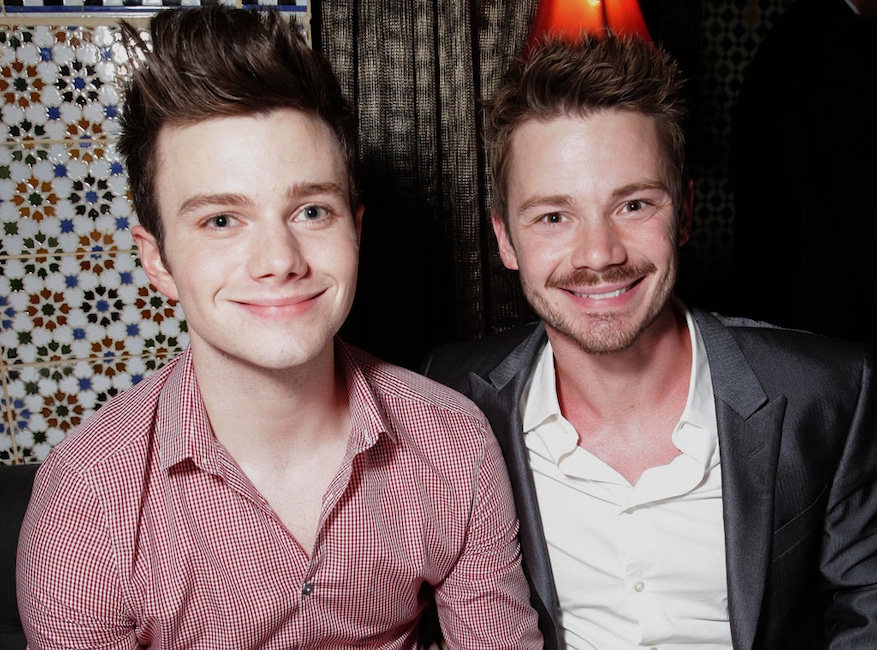 Now an accomplished author, having published some 15 books, the 29-year-old has kept his personal love story largely to himself. First spotted with actor-producer Will Sherrod at the 2013 Screen Actors Guild Awards, the actor—his latest roles have included Netflix's Julie's Greenroom and Absolutely Fabulous: The Movie—confirmed he did, in fact, have a boyfriend during an appearance on Watch What Happens Live the following year. And, as with any other longtime couplings, Sherrod makes the occasional cameo on his partner's Instagram. 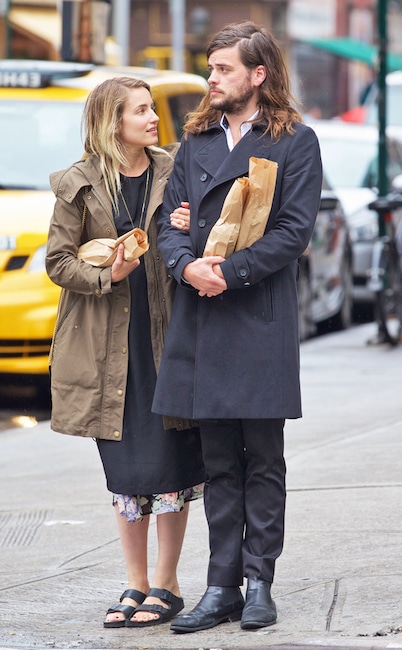 Though the bulk of her social media feed is dedicated to her still-thriving career (she was set to showcase her dark comedy Shiva Baby at SXSW this year) and varied round-the-world travels, she's been happily ensconced with Mumford & Sons banjoist and guitarist Winston Marshall since their 2016 wedding at Morocco's Beldi Country Club. Spotted last year everywhere from New York City to Italy's Lake Como, "He is the nicest guy and treats her like a princess," a source told Us Weekly. 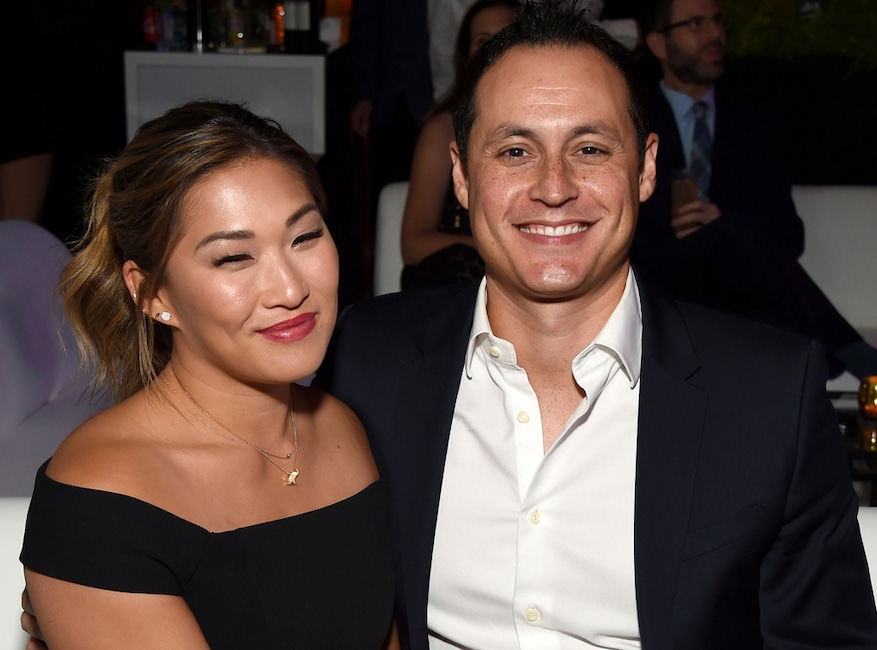 Michael Kovac/Getty Images for Adopt Together

Together since meeting through a dating app in June 2018 (their successful first date lasted nearly seven hours), the 34-year-old brought her likely future husband David Stanley to be a guest on her and Kevin McHale's Showmance podcast in late 2019. "He's not your fiancé?" McHale teased of the California native, who works in politics and non-profits, pointing out their trip to Italy's Amalfi Coast as an ideal proposal spot. "Not yet, babe." But with his praising Instagram captions ("I am beyond grateful for my partner and teammate. You keep my tank and my heart full," he wrote last November), it seems to be in the offing. 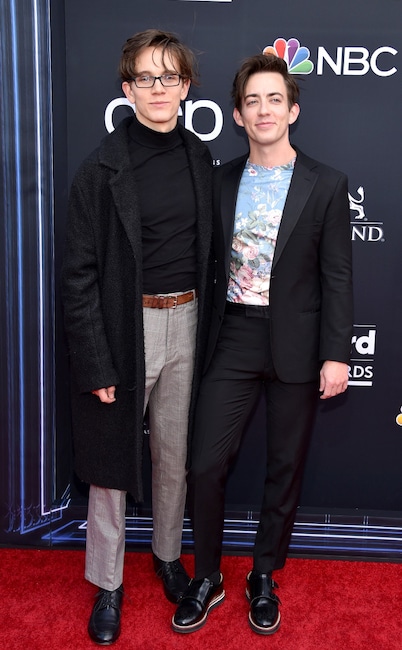 Having officially come out in April 2018, the actor and podcaster insists he was never really hiding his sexuality. "If somebody was a big fan and following everything I was doing [on social media], like the people I interact with on Twitter on a daily basis, I think there was zero surprise. People knew," he told Marc Malkin. His three-year romance with actor Austin P. McKenzie, however, "I wanted to protect." (The two met while filming the 2017 miniseries When We Rise, a careful friendship eventually developing into more.) Still, it can be hard to hide their obvious affection both on Showmance and social media. As the 31-year-old captioned a PDA 'gram: "We're gross." 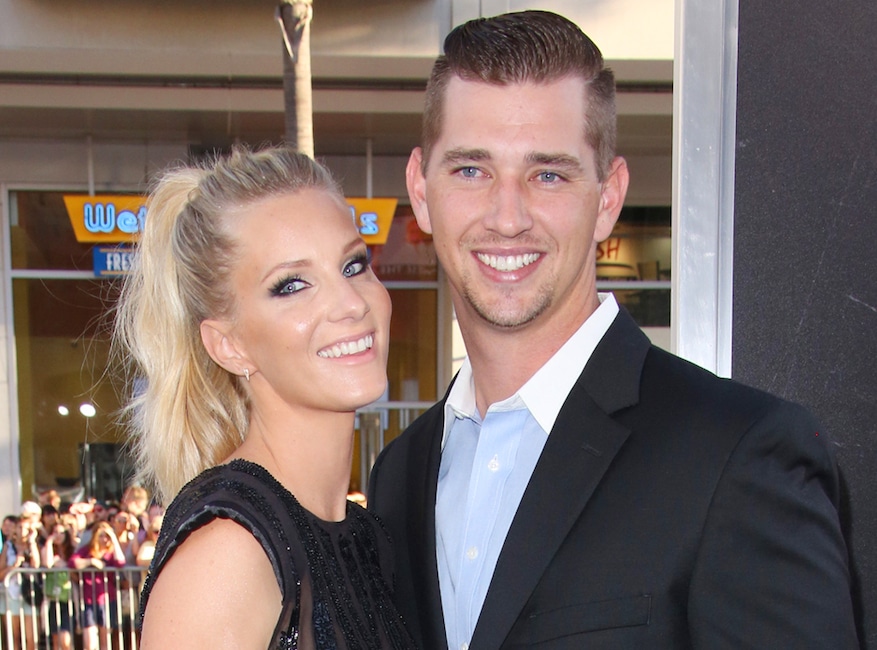 At the height of her fame as dancer Brittany S. Pierce in 2011, the 33-year-old made a shocking confession to Fitness about University of Louisiana at Lafayette baseball player Taylor Hubbell: "I want to marry him so bad. That's what I really care about. I want to marry Taylor and have kids with him. I love acting, but if it affects my relationship, then I won't continue doing it." Nearly a decade on, she's sacrificed neither, continuing to book gigs and raising sons Elijah, 6, and Owen, 4, with now-husband Hubbell. 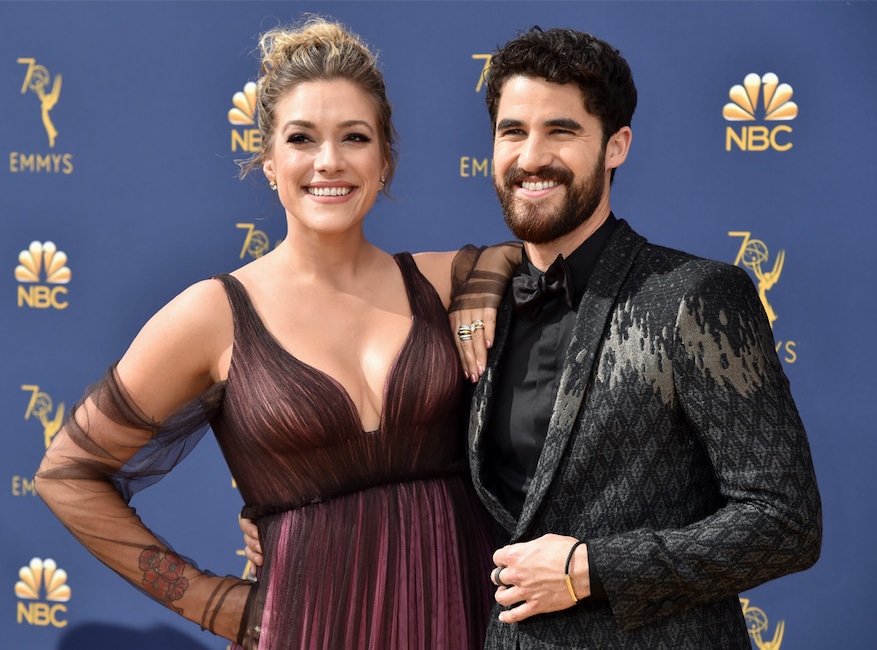 "I will say this: I dragged my feet," the Golden Globe winner, 33, recently confessed to People about finally marrying partner of a decade, writer-producer Mia Swier last year. "But, we were together for a long time before. By that point in our lives, it was a validation and sharing of our life and existence. In many ways, it's not been a change at all." The biggest shift has been his view on weddings. Unconvinced their New Orleans vows would be the best day of his life—"I was like, really? Because I've had some really good nights—and days, okay?"—he now says the "magical experience," er, took the cake: "If I could, I'd get married every year for the rest of my life." 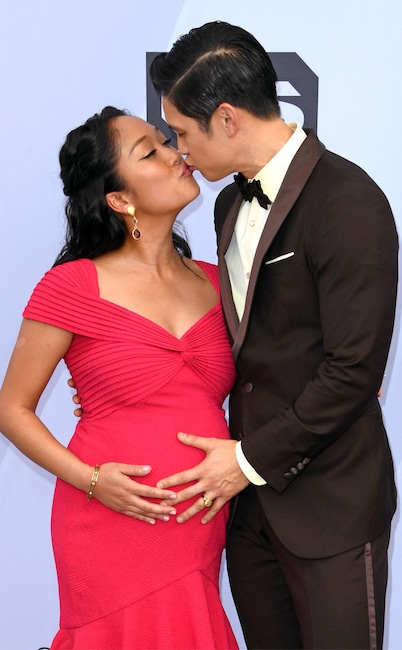 A little more than three years after he married actress Shelby Rabara, a sometimes Glee guest star, in Costa Rica (fellow show alum McHale, Ushkowitz and Amber Riley were on hand), the star of Freeform's Shadowhunters became a dad to daughter Xia in March 2019. And while he told E! News months earlier he was thrilled for every part of fatherhood, one step in particularly excited him: "I can't wait to dress her up. I always see those cool shoes. These shoes are so little and they're so small. They're so light. It's weird, I look at those shoes and I'm like, please everyone give me all the shoes so I can give her these cool shoes to have." 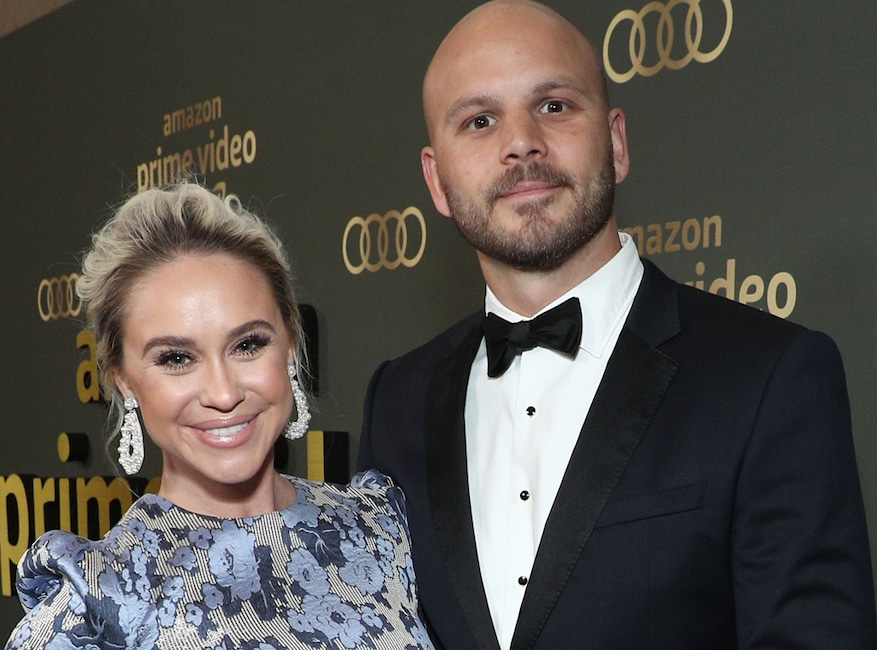 "You'll never, ever see a post where I say, 'I'm so lucky to marry my best friend'—any of that garbage. It makes my stomach turn," the straight-shooter (i.e. cheerleader Kitty Wilde) told Lady Gang cohosts Keltie Knight and Jac Vanek ahead of her Jackson Hole wedding to entrepreneur Zach Martin in December 2016. (Lynch officiated the affair attended by Michele, Ushkowitz and McHale.) But filming herself shooting a dessert-themed fetish video for him? The 34-year-old Act Like a Lady author was all in. 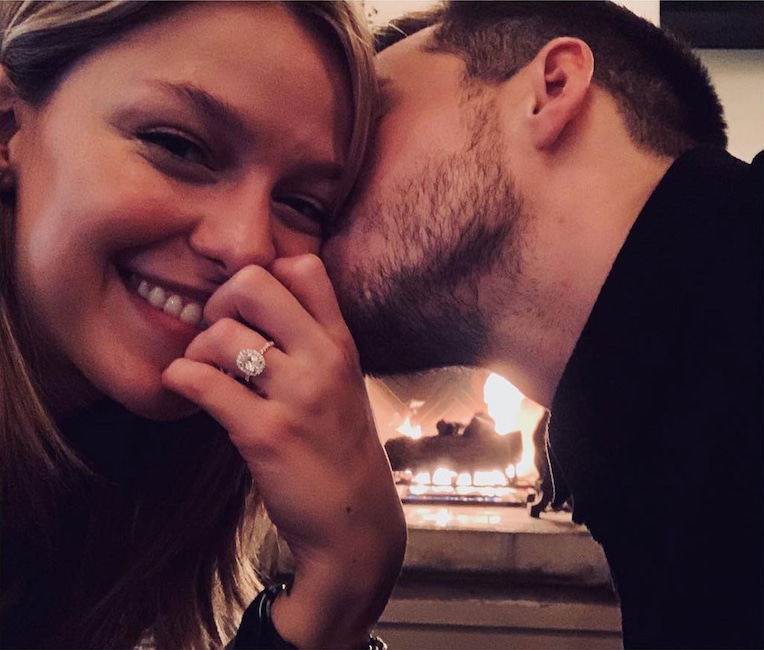 Hopeful Marley Rose seems to have gotten her storybook ending. Following a brief marriage to fellow Glee alum Blake Jenner, the 31-year-old wed Supergirl costar Chris Wood at a Sept. 2019 ceremony in Ojai, Calif. Six months later, there was even more happy news to celebrate for the star, who shared in November her terrifying experience with domestic violence in a prior relationship (she did not name an alleged abuser.) "A non-canine child is coming to our family very soon!!!" Benoist told her Instagram followers. "@christophrwood has always been an old dad by nature but now he's going to be a real one." 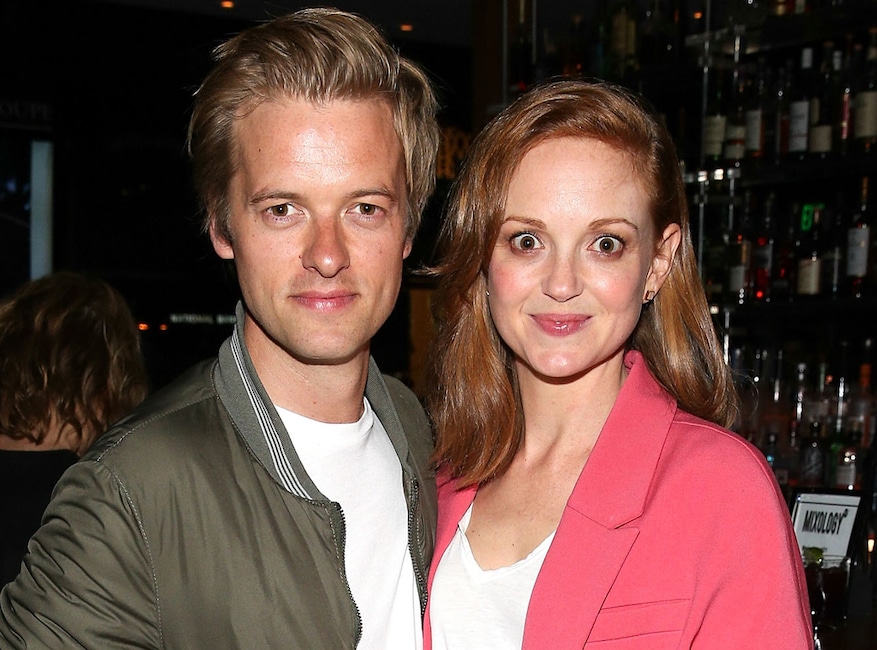 Every bit as dedicated as guidance counselor Emma Pillsbury, the actress returned to work (filming the crime-documentary spoof show Trial & Error) just two weeks after having son Jude Jones with husband Adam Campbell in August 2016. With both she and the British actor committed to jobs, "The first month for me was absolutely nuts," the 40-year-old shared with People. "Our parents, both sets, graciously came out and stayed with us for about six to eight weeks to get us on our feet before we had extra help come in. But it was nuts." 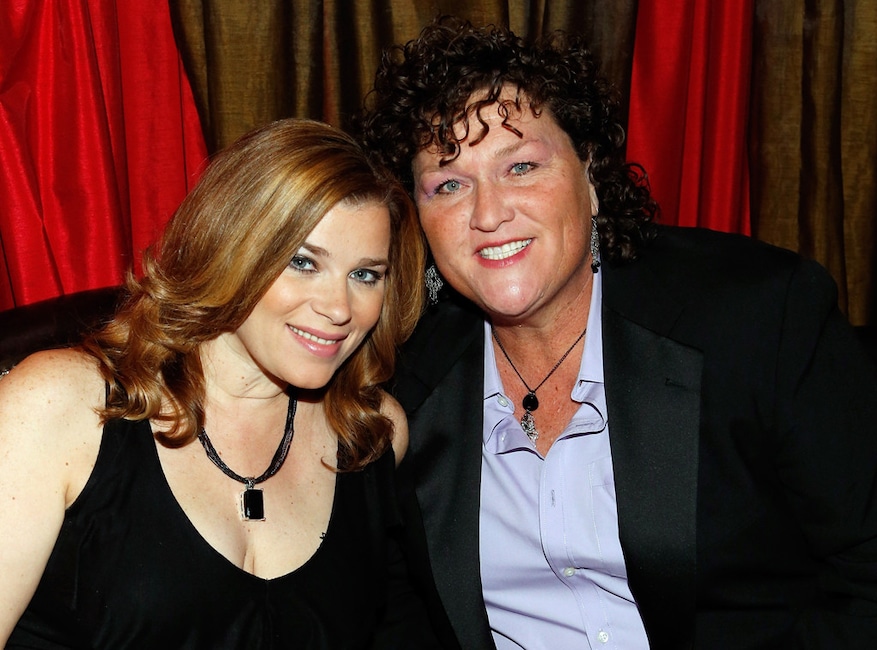 While still appearing as McKinley High's beloved Coach Beiste, the 56-year-old actress put on a show of her own in December 2013. Inviting friends and loved ones to their L.A. home for a holiday party, she and girlfriend Bridgett Casteen (engaged two months earlier at Disneyland) surprised guests with news they were actually attending a wedding. More than six years on, the retired athlete and actress is still Jones' forever crush. As she posted on Instagram Apr. 29, "I LOVE YOU WHOLE HEARTEDLY BABE."