The Masked Singer Unmasks the Banana 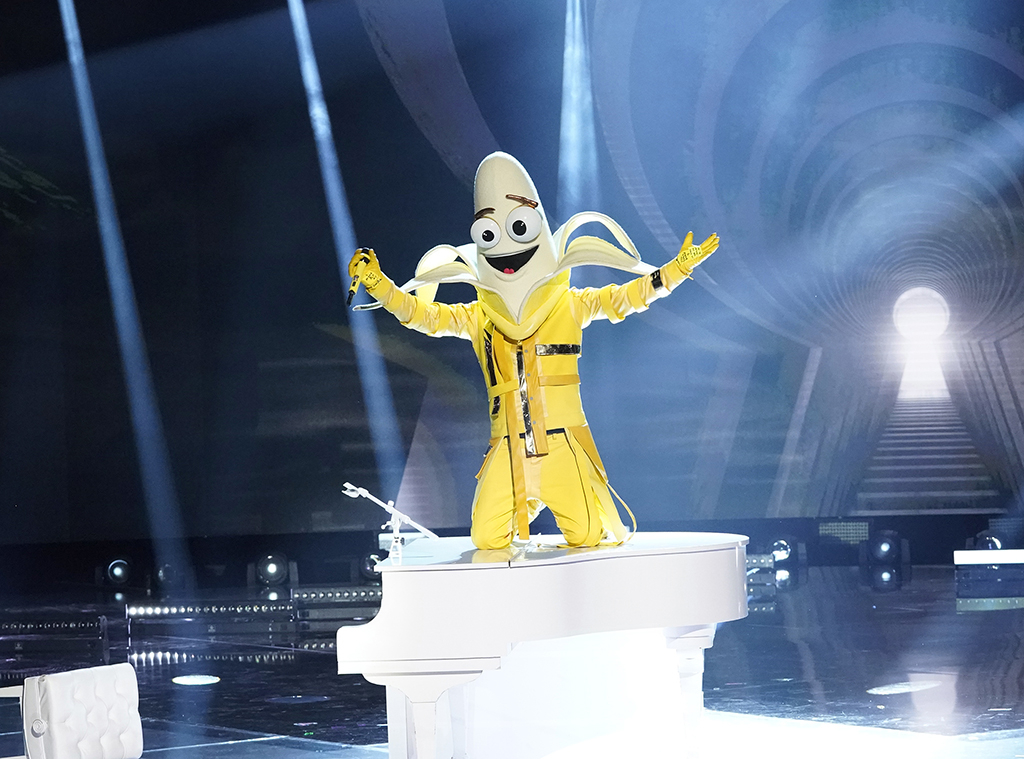 The Banana has lost his peel.

The Masked Singer just said goodbye to another contestant after an episode of final face offs, and it was the Banana who bid adieu and removed his own head. While his first few appearances had some people convinced he was a comedian, the guesses soon turned to rockstar Bret Michaels, which is exactly who he turned out to be. And he was psyched to be on this show.

"I gotta tell you, I would have done anything to get here," he said. "This is the most awesome show. I've never had such a great time."

"Bret, did you choose to be a banana?" guest panelist Sharon Osbourne asked.

"Nobody would think of a rock god to be in a banana costume," Robin Thicke pointed out. True, though Sharon Osbourne figured it out and managed to convince the entire panel that it was him, aside from Ken, unsurprisingly.

Bret/Banana lost to the Rhino and then to Kitty, who lost in her showdown against the Frog. Now Rhino, Kitty, and Frog get to join the other three remaining singers—Turtle, Night Angel, and Astronaut—as the final six compete next week.

But tonight's episode didn't end with Banana's reveal. Fox debuted After the Mask, its new aftershow. Nick Cannon hosts in studio, but all guests and even the audience are on video chat. And it doesn't sound like that would work, but it really does. Who knew it wouldn't feel weird to have an audience cheering and laughing from their own homes? We couldn't have guessed, honestly.

Keep track of all the remaining contestants (and all the reveals so far) below!