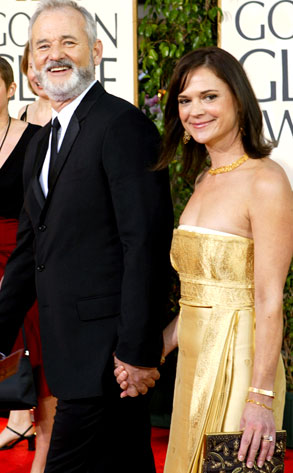 Something about Bill Murray's marriage clearly got lost in translation.

According to court documents obtained by the Charleston Post and Courier, the former Saturday Night Live star is accused of "adultery, addiction to marijuana and alcohol, abusive behavior, physical abuse, sexual addictions and frequent abandonment."

Murray, who may now regret his decision to work without a publicist or agent, has yet to comment on the filing.

However, his attorney, John McDougall, said Murray "is deeply saddened by the breakup of his marriage."

"He and his wife made loving parents, and they are committed to the best interests of their children."

The Murrays married July 4, 1997, and have four children.

Jennifer alleged in her May 12 complaint that Murray "would often leave the state or country without telling" her or his children and was unfaithful to her on several occasions, writing that he "travels overseas where he engaged in public and private altercations and sexual liaisons."

And the accusations don't stop there.

In the complaint, Jennifer said she and her kids were forced to move into a separate home in South Carolina in 2006 as a result of the star's increasingly physical behavior, which allegedly didn't stop despite the new distance between them.

In November 2007 Murray came to visit the new home on South Carolina's Sullivan Island. It was during this trip, the court documents allege, that he "hit her in the face and then told her she was 'lucky he didn't kill her.' "

The divorce complaint also alleges that Murray "left threatening voice messages on the home telephone which the minor children have heard."

As a result, the papers seek a divorce "on the grounds of adultery, physical cruelty, habitual addiction to drugs, and one year separation."

She is also requesting sole custody of the duo's four sons, 15-year-old Caleb, 12-year-old Jackson, 11-year-old Cooper and Darius, who turns 7 tomorrow. She is also seeking child support from Murray as well as a restraining order against the actor and any potential paramour of the star, as well as any associates of Murray's who may expose the boys to illegal drugs.

In addition, Jennifer is seeking to retain the family home and ban Murray from entering it on account of his "physical abuse...his abandonment, his emotional instability, his refusal to seek treatment for the same, and his adultery."

Jennifer's most unusual request, however, is for the court to determine whether the couple's prenup remains valid and enforceable in light of Murray's alleged breach in behavior. In the document, also obtained by the Post and Courier, both sides agreed to waive their right to alimony or support, but Murray would still be required to pay $7 million to his now estranged wife.