Grab a Pint, Make a Toast & Vote for Your Favorite Orlando Bloom Role for His Birthday 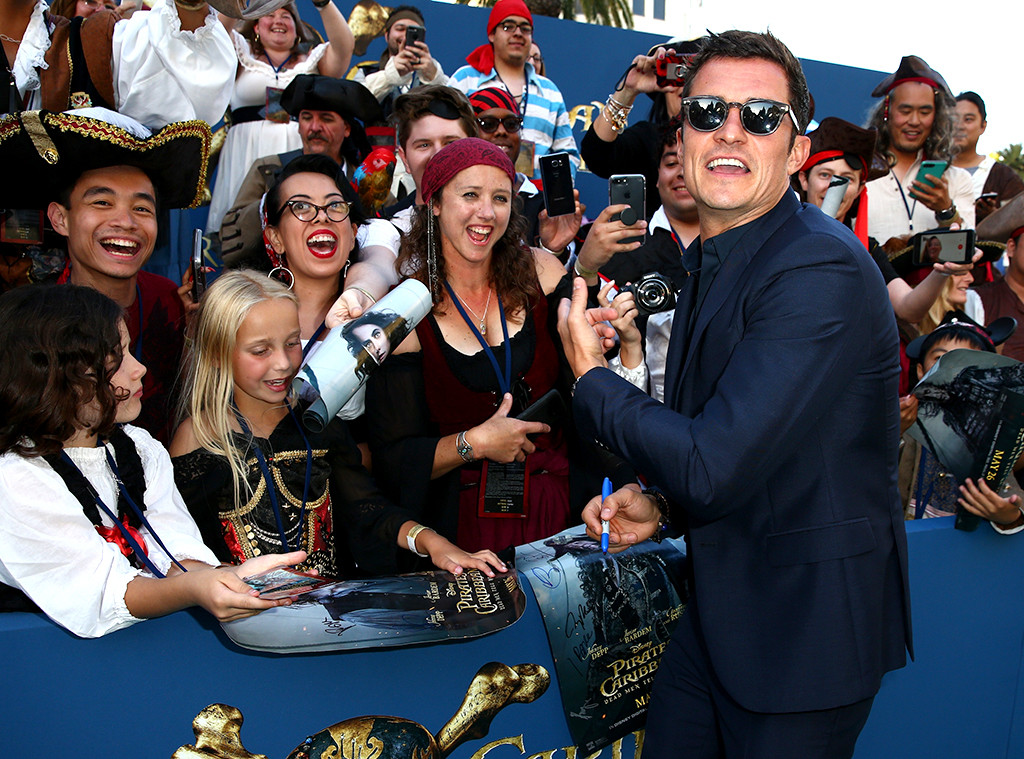 Today the British actor turns 42 years old, and seriously where does the time go? We remember the first time we saw Bloom on screen as Legolas in The Lord of the Rings: The Fellowship of the Ring back in 2001 and now he's turning 42? That's just insane.

The England native has won over hearts, and slayed the screen, with his amazing acting skills over the years and he's nowhere near being done...thank goodness.

As we wait for the birthday boy to crossover to the TV realm with his upcoming role on the new thriller series Carnival Row this year, we're taking a look back at his best and most iconic film roles to date.

Throughout his career, which began in 1994 with a few uncredited TV spots, Bloom has earned his title of movie star with memorable role after memorable role for nearly two decades now. 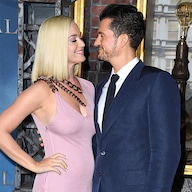 Beginning with his character Legolas in The Lord of the Rings franchise—he was a dreamy archer elf that made long blond hair on men very attractive—to his sexy role as Will Turner AKA the blacksmith turned pirate in the Pirates of the Caribbean franchise, Bloom has continued to impress fans with his work.

Along the way he has starred in numerous other films, all of which you should watch, that prove he's not a one trick pony. Although, if we're being honest it's his fantasy and franchise work that is truly the most impressive.

That being said, we don't want to sway you into choosing our favorite Bloom role of all time. Instead, we'd like you to vote for your favorite character and movie by the birthday boy below...after you relive all of his epic roles, obviously.

Last, but not least, we'd like to say happy birthday to Orlando, everyone's favorite elf/pirate. You can shoot arrows to our hearts any day! 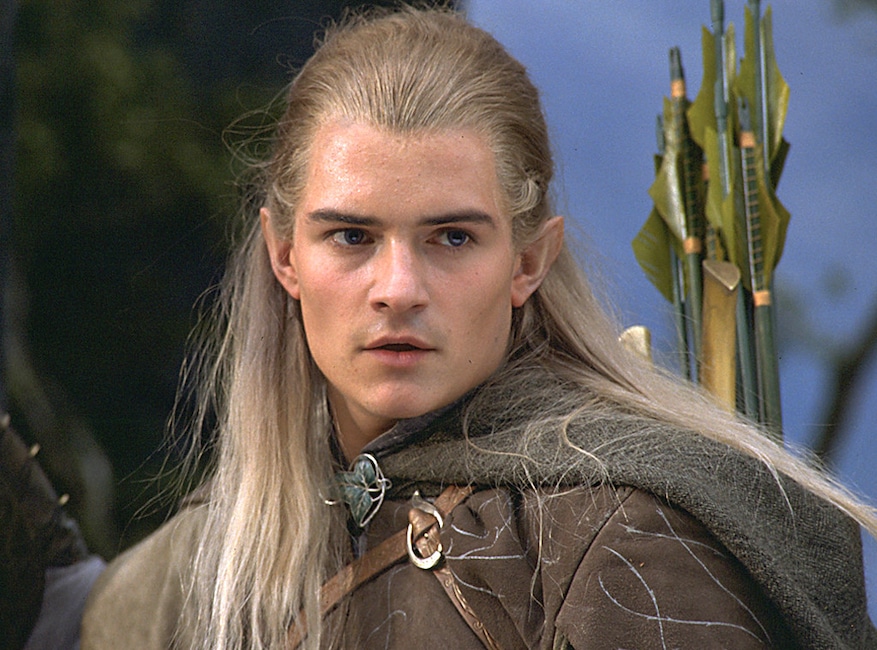 In 2001, Orlando Bloom rose to fame when the first film in The Lord of the Rings franchise hit theaters. He played Legolas, one of the nine members of the Fellowship of the Ring and friend to Frodo (Elijah Wood), who sets out to destroy One Ring and save Middle-earth from the Dark Lord Sauron. 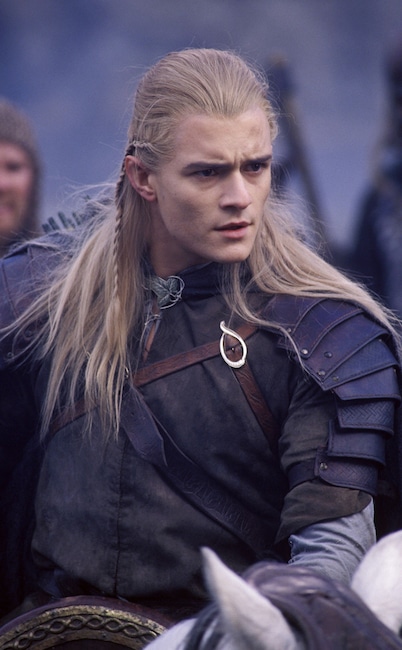 The Lord of the Rings: The Two Towers

The second film based on the J.R.R. Tolkien novels featured Bloom reprising his role as Legolas, everyone's favorite archer elf. As the quest to destroy the One Ring continues, the group encounters a besieged Rohan kingdom, once ruled by King Theoden, but now under a deadly spell and must assist in taking it back. 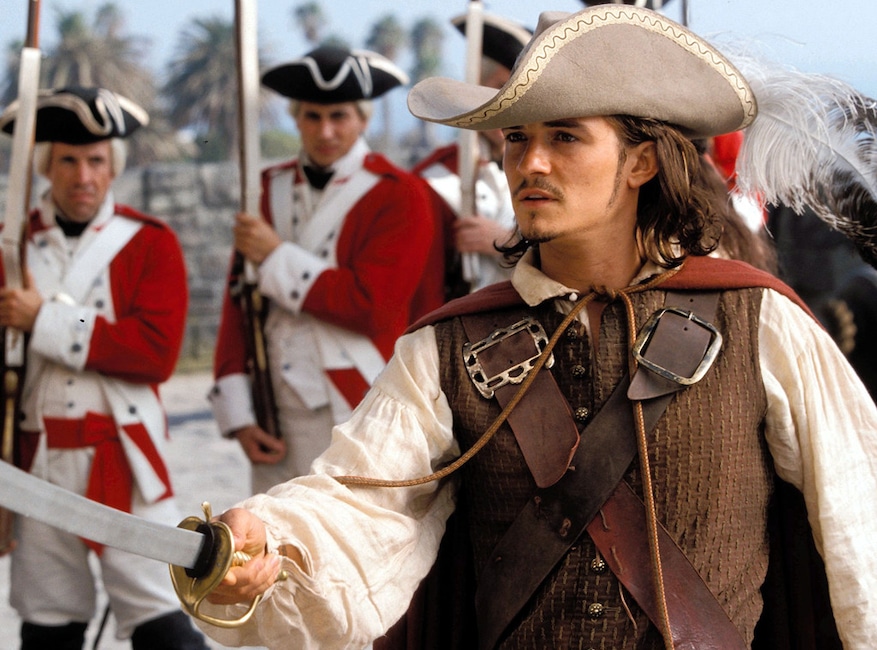 Pirates of the Caribbean: The Curse of the Black Pearl

In 2003, the British actor stepped into one of his more memorable roles as Will Turner in Pirates of the Caribbean: The Curse of the Black Pearl. After Elizabeth Swann (Keira Knightley) is kidnapped by pirates, Will teams up with a savvy pirate named Captain Jack Sparrow (Johnny Depp) to get her back. Little do they know the pirates who took Elizabeth are cursed by stolen treasure and need a blood sacrifice to end their suffering. 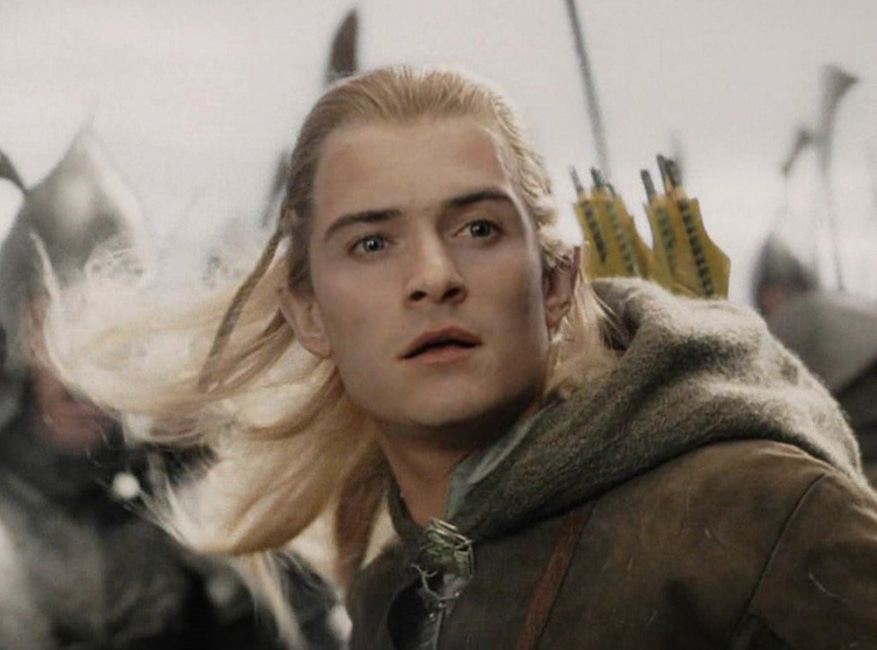 The Lord of the Rings: The Return of the King

The same year the 42-year-old actor started his journey with Pirates, he also came back as Legolas for the third Lord of the Rings film. The heroes continue their journey to save Middle-earth in this movie as Frodo and Sam (Sean Astin) approach Mount Doom with the One Ring in hand. 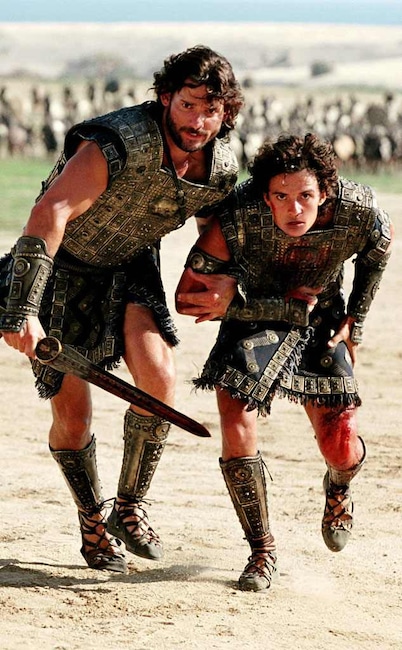 After Paris (Bloom) falls in love with Helen (Diane Kruger) and takes her from her kingdom in Greece, her people want her back, which leads to one of the biggest battles the men of Troy have ever faced. Warriors from both side, played by Brad Pitt and Eric Bana must rise up to not only save Paris' love but save their people from a bloody demise. 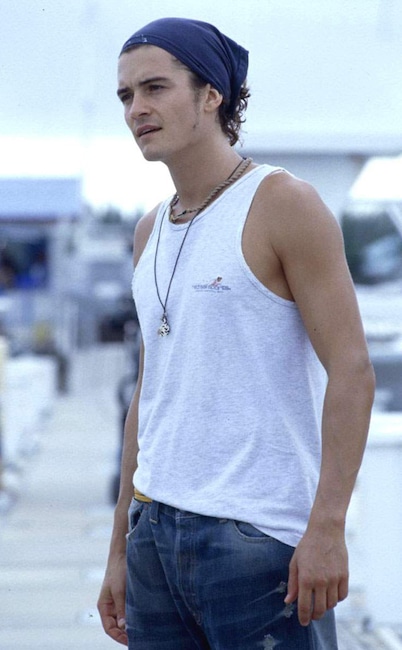 Shy (Bloom) falls in love with Andrea (Zoe Saldana), but after her parents catch them together, he must deal with the wrath of her powerful father and crazy brother, who throws acid on his face and tells him to leave her alone. Meanwhile, a dirty businessman fleas to the Cayman Islands with his daughter, who falls for a local thief who owes a drug dealer a lot of money. All of their worlds collide on Friday the 13th and tragedy follows. 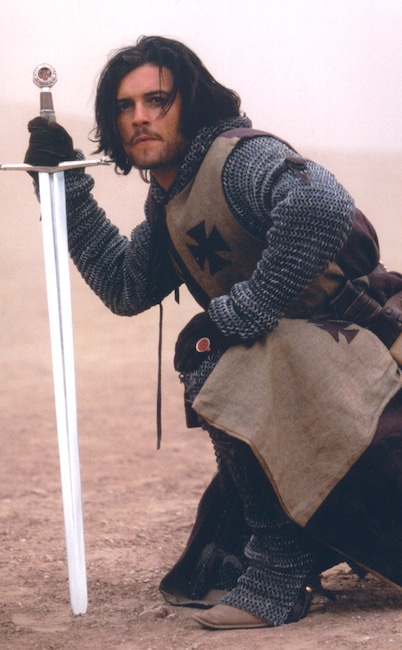 During the Crusades of the Middle Ages, Balian of Ibelin (Bloom), a blacksmith, is drawn to Jerusalem. Once there he falls in love, becomes a knight and ultimately uses everything he has to defend the city against the impending doom of the holy war. 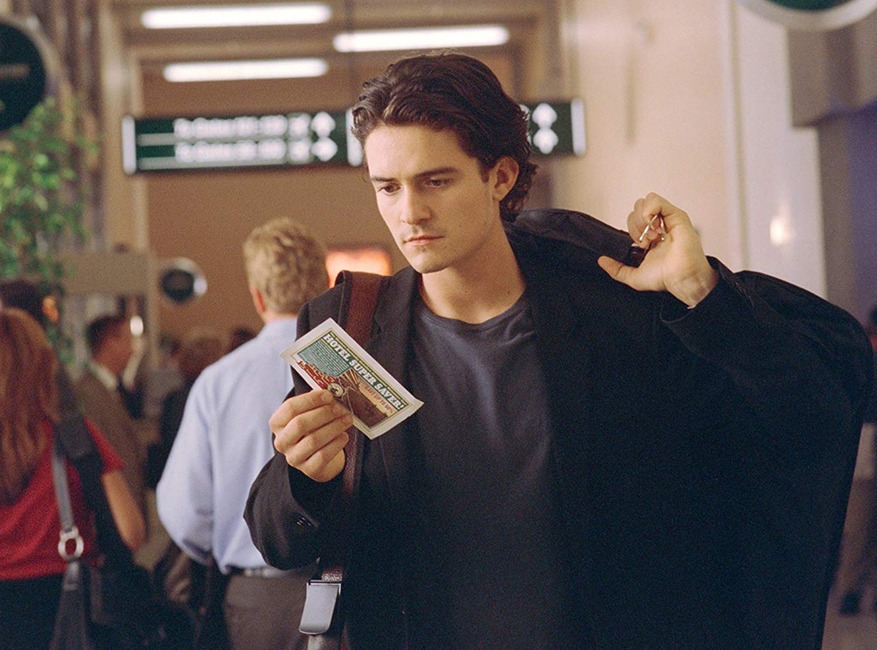 Drew Baylor's (Bloom) life couldn't be any worse...then he gets a call that his dad has died and is sent to Elizabethtown, Kentucky to retrieve his body, get it cremated and deal with his father's side of the family. On his flight there he meets a perky flight attendant named Claire Colburn (Kirsten Dunst) who changes his life forever. In 2006, Will Turner (Bloom) teamed back up with Captain Jack Sparrow (Depp) for another pirate-filled adventure. This time Jack has a debt to pay to Davy Jones while Will is trying to save his neck (literally) and that of his lady love, Elizabeth (Knightley), before they are set to be hanged. 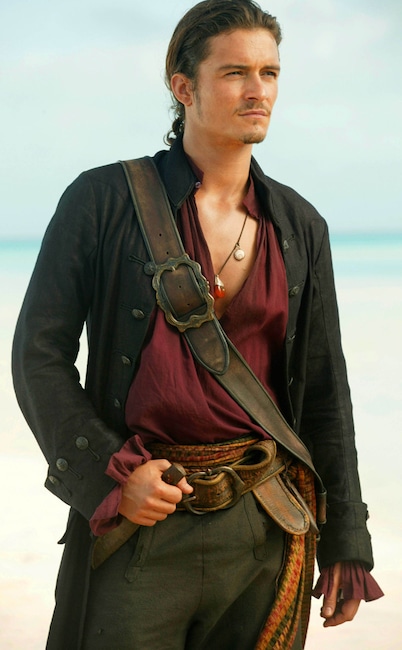 Pirates of the Caribbean: At World's End

After Jack Sparrow (Depp) goes down with the Kraken in Dead Man's Chest, Captain Barbossa (Geoffrey Rush) finds himself helping Will (Bloom) and Elizabeth (Knightley) sail to the edge of the map in hopes of finding their old friend before one last big battle together. 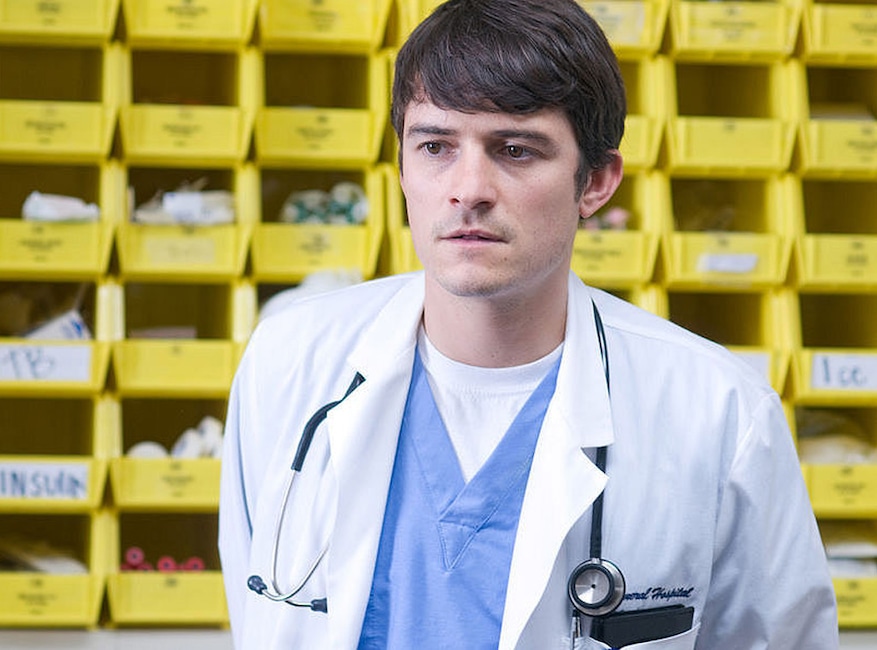 This 2011 drama follows the life of a young doctor played by Bloom, who goes to unthinkable extremes to keep a female patient with a kidney disorder that he likes in the hospital under his care. It also stars Riley Keough, Taraji P. Henson, Rob Morrow and Michael Peña. 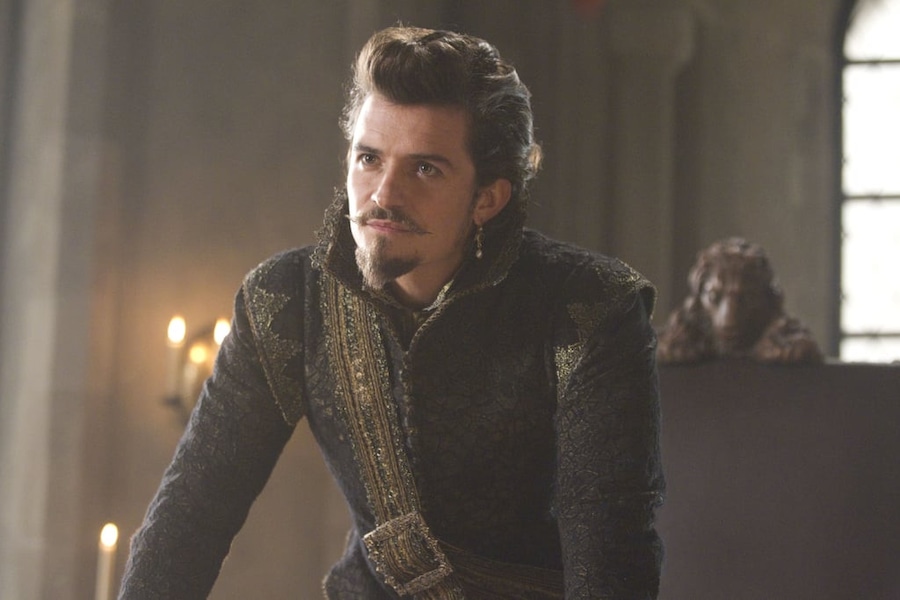 In this movie, the Three Muskateers and one young wanabee Muskateer (Logan Lerman) must unite to stop the Duke of Buckingham (Bloom), Milady de Winter (Mila Jovovich) and Cardinal Richelieu (Christoph Waltz) from seizing the French throne and starting a horrible European war. 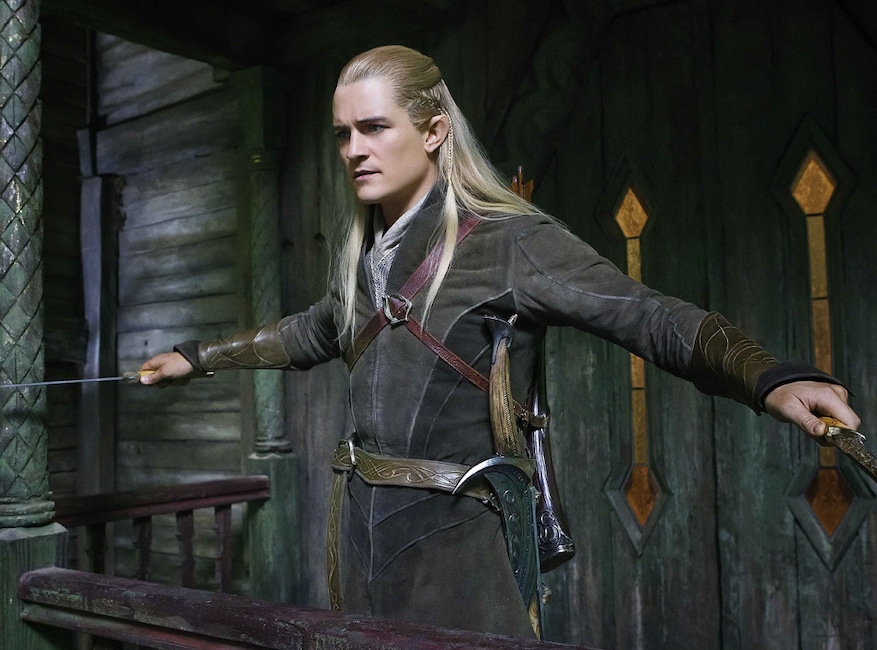 The Hobbit: The Desolation of Smaug

Even though Legolas (Bloom) doesn't appear in the novel The Hobbit, he does star in this film from The Hobbit franchise. As the son of the Elven king Thrandiul, Legolas teams up with his fellow Lord of the Rings trilogy partners and helps to rescue the Dwarves and aid them in their quest to reclaim Erebor, their homeland. 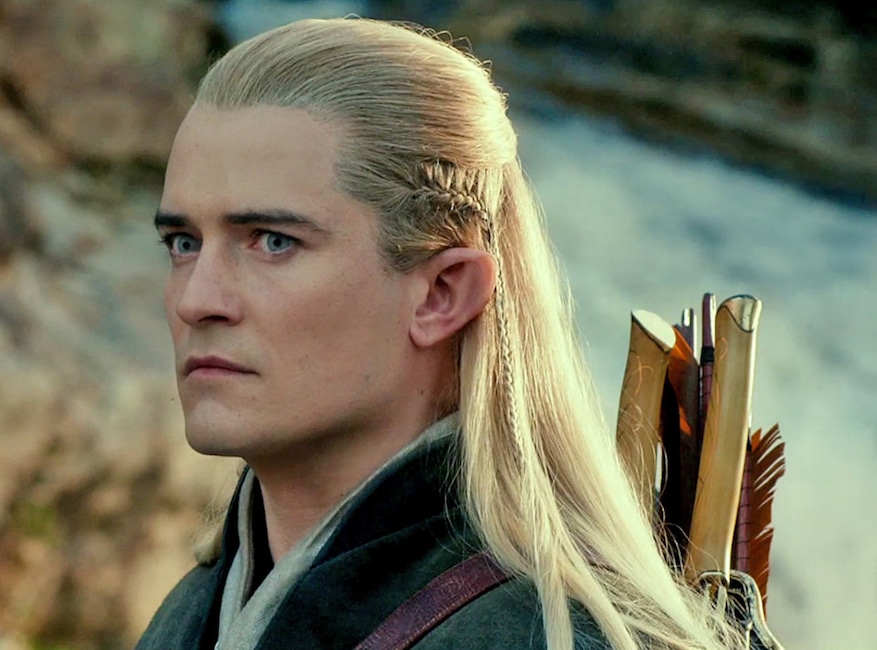 The Hobbit: The Battle of Five Armies

When Bilbo (Martin Freeman) and company find themselves in a war against different foes, in order to keep the Lonely Mountain from falling into the wrong hands, Legolas (Bloom) is one of the elves that rises to the occasion to help save everyone during the war. In the process he finds himself and proves he can be victorious with or without his father's guidance and support. 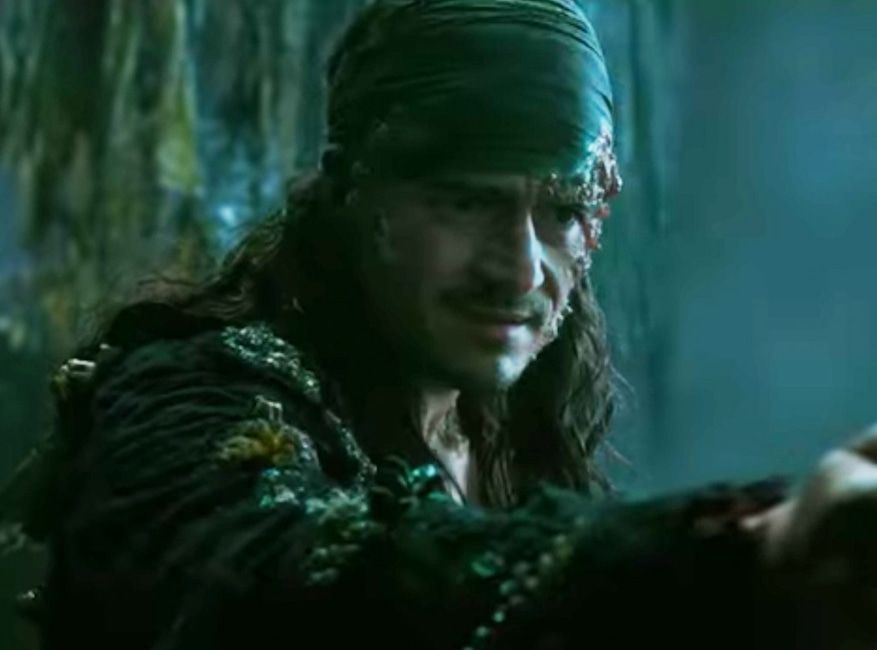 Pirates of the Caribbean: Dead Men Tell No Tales

After being left out of the fourth Pirates film, Bloom's Will Turner makes a cameo in the fifth and final movie in the franchise. When his son sets out to find him—he's cursed and now the captain of Flying Dutchman—he warns him not to team up with Jack Sparrow (Depp), but he doesn't listen. Instead, Henry (Brenton Thwaites) and Jack try to find the trident of Poseidon, which would end Will's curse all while Jack is being hunted by an undead sea captain named Salazar (Javier Bardem).