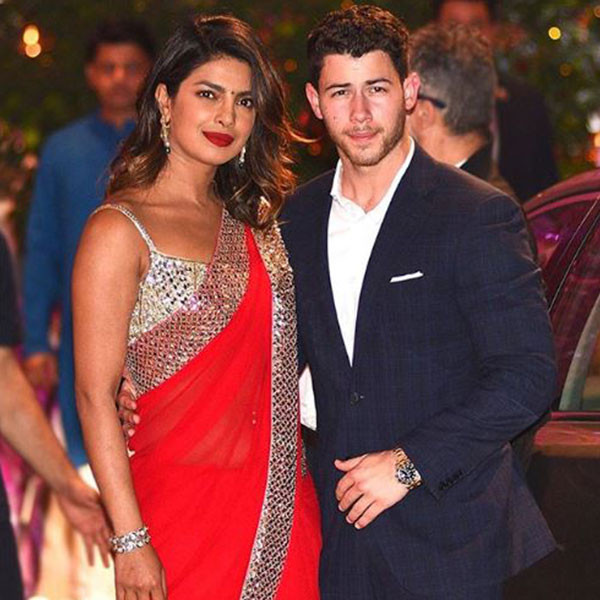 Priyanka Chopra would prefer to keep her relationship as private as possible.

The actress' engagement to Nick Jonas was hinted at Monday during an interactive session at Dehli's Taj Palace Hotel Dhaula Kuan titled "Challenging the Status Quo and Forging New Paths," organized by FICCI Ladies Organization and Yes Bank. The Q&A, moderated by Vir Sanghvi and Pinky Redd, was meant to focus on her professional endeavors. "My entire life—my personal life—is not for public consumption," she said. "Ninety percent of my life is for public consumption, but 10 percent is for me. I'm a girl; I have the right to keep that to myself."

"My family, my friendships and my relationships are things I don't think I need to defend or explain to anyone. I am not running for office, so I don't think I need to give explanations," she added. The interest in her love life can be exhausting. "Sometimes I laugh, sometimes I get annoyed," she said. "Mostly, I tell my publicists, 'Let it be. Today's news is tomorrow's trash.'"

Chopra, who looked elegant in emerald, did not appear to be wearing her engagement ring during the panel discussion; paparazzi caught her removing her ring and placing it in her pocket once she arrived in India. The night before the panel discussion, she supported her fiancé at his MTV Spotlight concert in Singapore. "It was an awesome night and Nick's performance was amazing!" a fan told E! News. "He was humble enough to take pics with almost everyone who came to him." Not wanting to draw attention to herself, Chopra was "low-key the whole time." 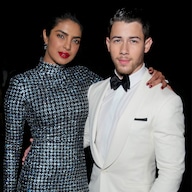 During her panel interview, Chopra also fielded questions about playing special agent Alex Parrish on ABC's Quantico, challenging Sanghvi after he criticized her character for having sex with a man she just met in the first episode. "[The camera is] making believe that you see so much, but you see the car from outside. You hear a sound and then you come inside to [a shot of] my face, and I sit down on the side and start having a conversation with him. So, technically, I've done nothing," she said. "Are you saying that in Indian movies we don't show people having sex?" Furthermore, she argued, "I'm not an Indian girl in this character. And actually, I love that scene, because Alex, to me, is an unapologetic, modern female who lives her life on her terms. She's extremely flawed. She's not perfect. She's a loner. She doesn't like people. She just uses people. She's basically playing a man—which is awesome, because girls don't get to play that."

According to local media, Chopra argued women have had lesser opportunities than men, and as a result, they "tend to pull each other down." So, she has made a conscious effort to be more supportive of her peers. "When I entered the entertainment industry, I came in through a beauty pageant. I was also thinking that only I should get the job." But, after she spent a few years working in the industry, she realized, "If I wear my confidence well, I don't need to elbow anyone out." Now, Chopra aspires to "be the person who actually pushes the other person up."