Beyoncé Opens Up to Vogue About Learning to Love Her Body, Forgiving Jay-Z and Raising Empowered Children 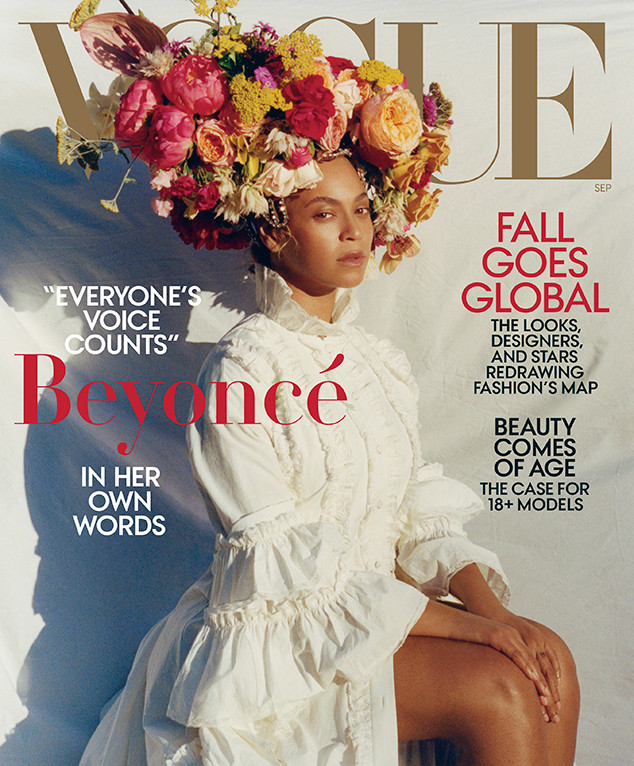 Make no mistake: Beyoncé is always in control of her own narrative.

The 36-year-old superstar was given unprecedented control over Vogue's September issue—with editor in chief Anna Wintour's blessing, of course. From selecting 23-year-old Tyler Mitchell to be the first black man to shoot the magazine's cover, to writing personal essays detailing her personal and professional failures and triumphs, she left no stone unturned.

In one essay about learning to love the skin she's in, Beyoncé wrote, "After the birth of my first child [Blue Ivy Carter], I believed in the things society said about how my body should look. I put pressure on myself to lose all the baby weight in three months and scheduled a small tour to assure I would do it. Looking back, that was crazy." So, after giving birth to twins Rumi Carter and Sir Carter last year, Beyoncé "approached things very differently." For one thing, "I was 218 pounds the day I gave birth to Rumi and Sir. I was swollen from toxemia and had been on bed rest for over a month. My health and my babies' health were in danger, so I had an emergency C-section. We spent many weeks in the NICU. My husband [Jay-Z] was a soldier and such a strong support system for me. I am proud to have been a witness to his strength and evolution as a man, a best friend and a father. I was in survival mode and did not grasp it all until months later. Today I have a connection to any parent who has been through such an experience." The twins' complicated delivery didn't just change her emotionally—it also changed her physically. 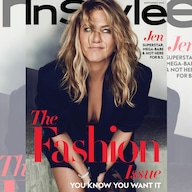 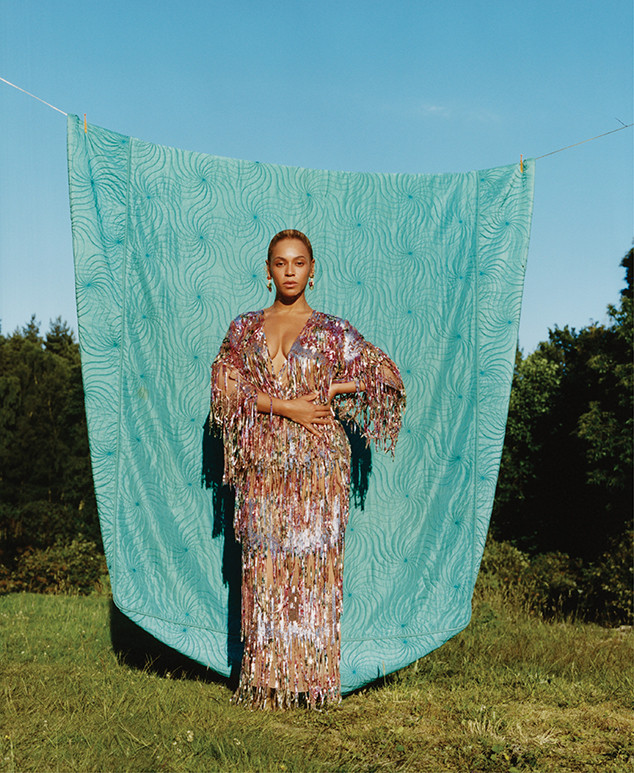 Beyoncé recalled that her core "felt different" after her C-section. "It had been major surgery. Some of your organs are shifted temporarily, and in rare cases, removed temporarily during delivery. I am not sure everyone understands that. I needed time to heal, to recover. During my recovery, I gave myself self-love and self-care, and I embraced being curvier. I accepted what my body wanted to be. After six months, I started preparing for Coachella. I became vegan temporarily, gave up coffee, alcohol and all fruit drinks. But I was patient with myself and enjoyed my fuller curves. My kids and husband did, too," she wrote. "I think it's important for women and men to see and appreciate the beauty in their natural bodies...To this day my arms, shoulders, breasts and thighs are fuller. I have a little mommy pouch, and I'm in no rush to get rid of it. I think it's real. Whenever I'm ready to get a six-pack, I will go into beast zone and work my ass off until I have it. But right now, my little FUPA and I feel like we are meant to be." 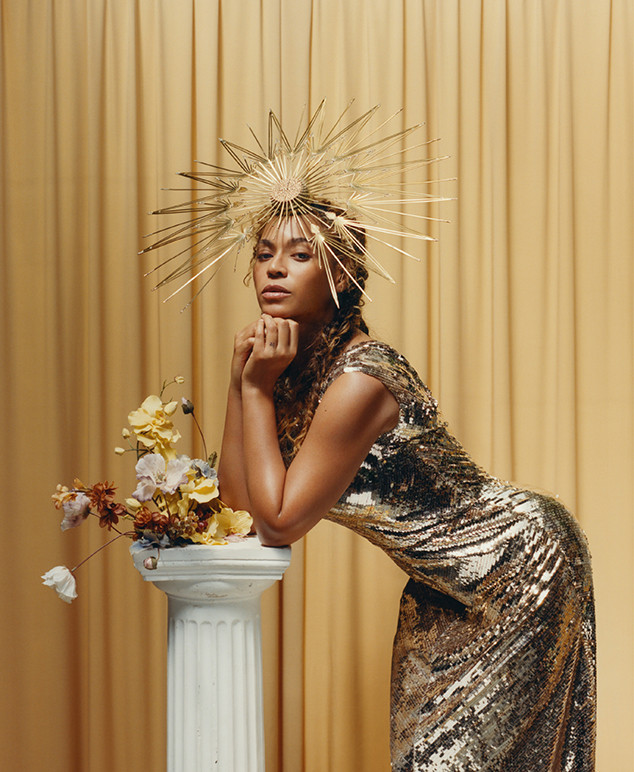 In another essay, the singer reflected on her ancestry and how it impacted her relationships. "I come from a lineage of broken male-female relationships, abuse of power and mistrust. Only when I saw that clearly was I able to resolve those conflicts in my own relationship," Beyoncé wrote. "Connecting to the past and knowing our history makes us both bruised and beautiful."

Without getting specific, she added, "There are many shades on every journey. Nothing is black or white. I've been through hell and back, and I'm grateful for every scar. I have experienced betrayals and heartbreaks in many forms. I have had disappointments in business partnerships as well as personal ones, and they all left me feeling neglected, lost and vulnerable. Through it all I have learned to laugh and cry and grow. I look at the woman I was in my 20s and I see a young lady growing into confidence but intent on pleasing everyone around her. I now feel so much more beautiful, so much sexier, so much more interesting. And so much more powerful." 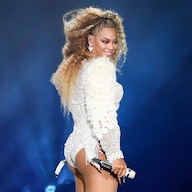 Beyoncé's On the Run Tour II Fashion Is Lit

As such, Beyoncé is deliberate about how she presents herself to the world. "My mother [Tina Knowles] taught me the importance not just of being seen but of seeing myself. As the mother of two girls, it's important to me that they see themselves too—in books, films and on runways. It's important to me that they see themselves as CEOs, as bosses, and that they know they can write the script for their own lives—that they can speak their minds and they have no ceiling," she said. "They don't have to be a certain type or fit into a specific category. They don't have to be politically correct, as long as they're authentic, respectful, compassionate and empathetic."

Beyoncé wants to give her daughters the freedom to "explore any religion, fall in love with any race and love who they want to love," adding, "I want the same things for my son. I want him to know that he can be strong and brave but that he can also be sensitive and kind. I want my son to have a high emotional IQ where he is free to be caring, truthful and honest." She also hopes to "create better representations for him so he is allowed to reach his full potential as a man."

Feeling grateful, Beyoncé added, "I am accepting of who I am. I will continue to explore every inch of my soul and every part of my artistry. I want to learn more, teach more and live in full."

For more from Beyoncé, pick up Vogue's September 2018 issue, available for preorder on Amazon Aug. 6, and on newsstands in L.A./New York City Aug. 14, and nationwide Aug. 21. 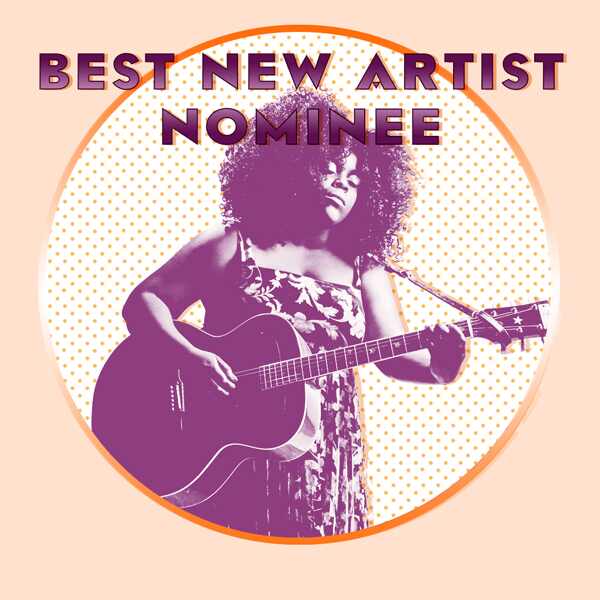 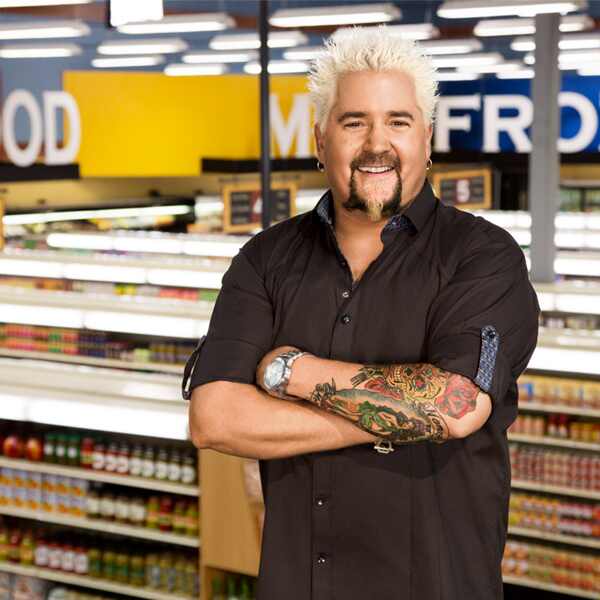 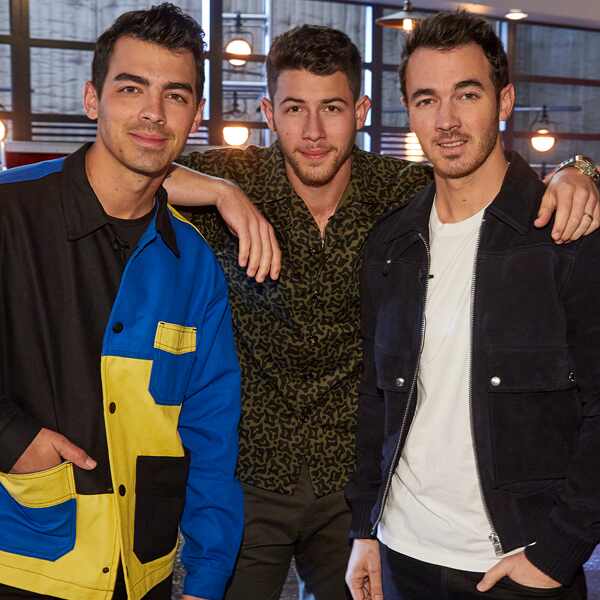 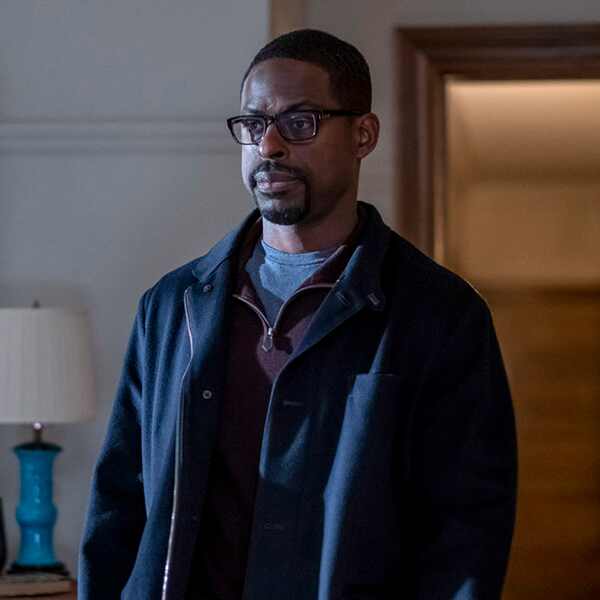