Real Housewives of Orange County: Where Are Your Favorite Cast Members Now? 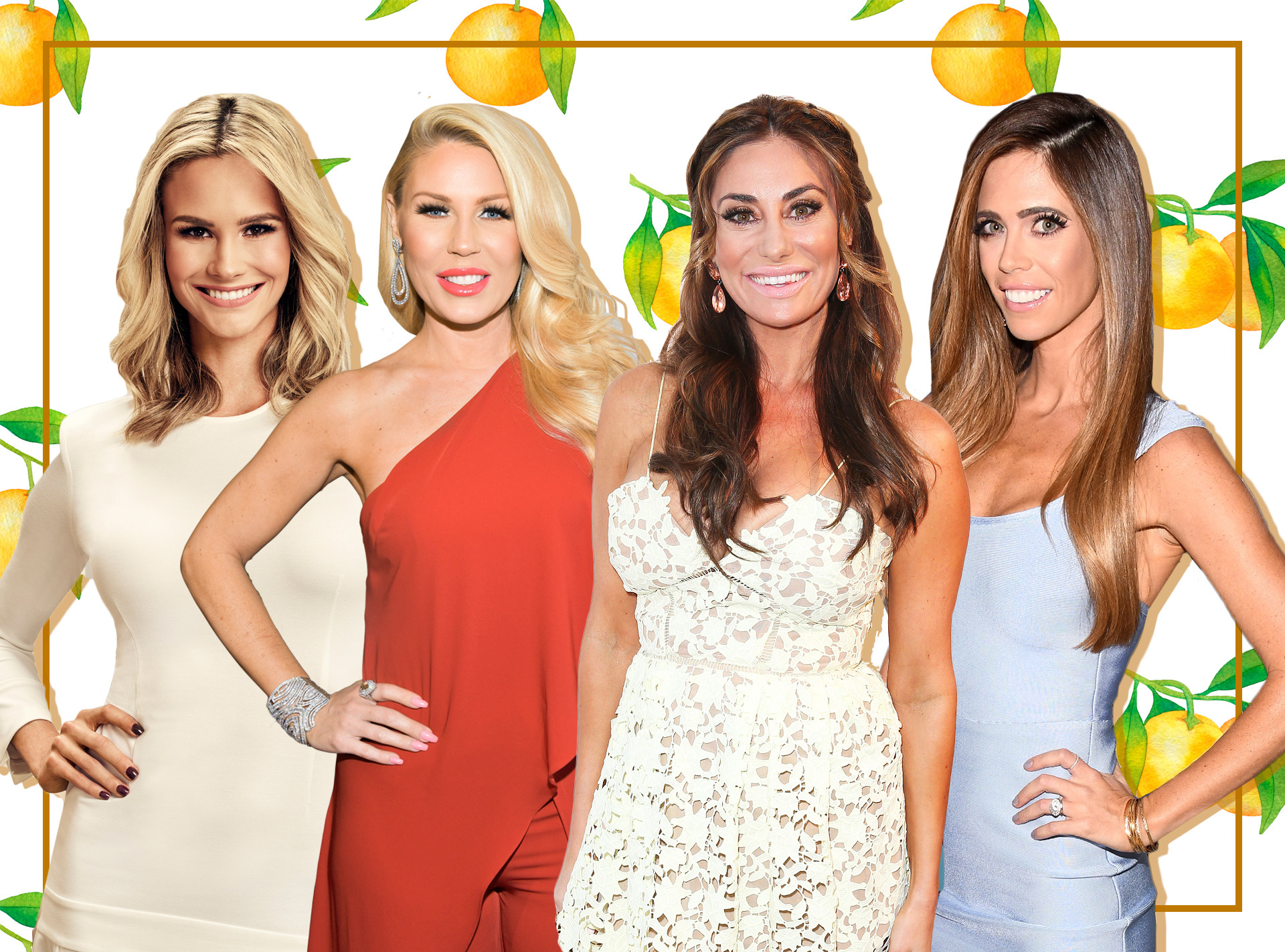 Oranges come and go, but being a Real Housewife is forever.

It's hard to believe that 2006 was the special year pop culture fans were first introduced to the Real Housewives of Orange County. But thanks to the bravery and openness of Vicki Gunvalson, Jo De La Rosa, Jeana Keough, Lauri Peterson and Kimberly Bryant, a new reality TV franchise was born with no signs of slowing down.

Tonight, season 14 kicks off with both familiar and fresh faces—welcome to the fun Braunwyn Windham-Burke. And as you likely could have guessed, fans are excited for a season that includes an engagement, lots of tears and plenty of drama.

In celebration of premiere night, we decided to check in with some of our favorite former cast members to see what they've been up to since leaving the show. While many are focused on family life and a variety of businesses, they can't help but reflect on their time on the Bravo series.

"I loved bonding with the girls and everyone would watch the show at my house," Jeana recalled to E! News. "About the third season, everyone started to get upset with each other's interview comments."

Does Andy Cohen's Son Have a Favorite Real Housewives Star?

Many former cast members also get stopped during errands about their time on the show. One of the biggest questions asked is whether or not they would ever return. 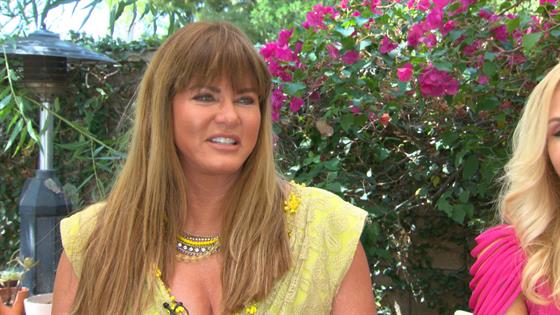 "I always say, 'Never say never.' But honestly, it's not something I think about ever," Lizzie Rovsek shared with E! News. "It's a stressful show and I have been going through some really hard and exciting times in the last couple of years and I think it would be really hard to focus on my kids and family while filming."

Lydia McLaughlin added, "The drama is real and that's why I don't think I would ever go back. As grateful as I am for the experience, I'm genuinely happier not on the show."

Before a new season kicks off, we're taking a trip down memory lane and going behind the gates and inside the lives of some of our longtime favorites in the gallery below. 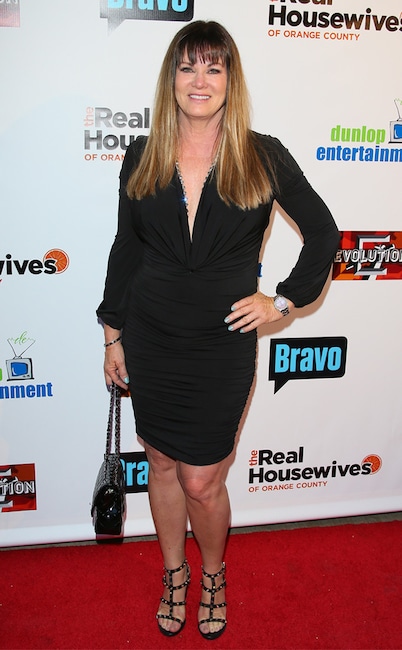 As one of the original members, Jeana is credited with helping make the show the hit it remains today. While she stepped away from her full-time spot after season five, the successful Coldwell Banker realtor delivered some exciting life updates with E! News. Shane is planning to wed former Miss Nevada Brittany McGowan in 2020. Kara remains happily married to NFL vet Kyle Bosworth. And yes, their adorable daughter Decker is on her way to elementary school. As for Colton, he has followed in his mom's footsteps at Coldwell Banker. As for Jeana, she's single and enjoys trips to both Las Vegas and Florida.

Goodbye OC and hello Los Angeles. The season one alumna recently moved to Santa Monica with a special someone. "I'm now in a relationship with an incredible man and I'm happier than I've ever been," Jo gushed to E! News. "I decided to pursue a lifelong dream of starting my own lifestyle brand called Style Glam Glow, an online fashion and beauty editorial destination [launching winter 2019] that is focused on helping women create the life of their dreams." To this day, one of Jo's favorite memories from the show is all the talented hair and makeup people behind the scenes and the cast of four other ladies "that ended up being my TV family." 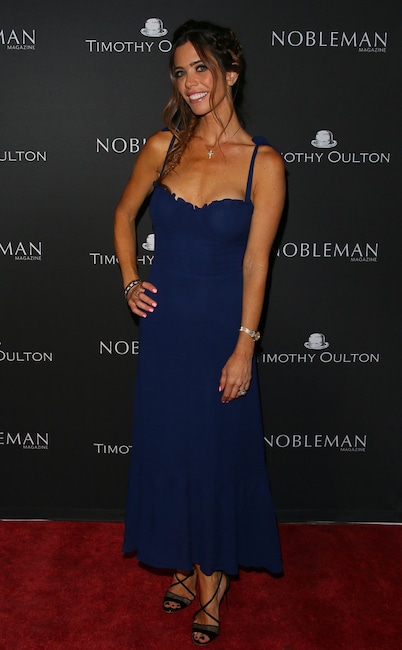 After leaving the Bravo show in season 12 after two seasons, the mother of three continues to grow NOBLEMAN magazine alongside her husband Doug McLaughlin. They celebrated their 10th issue, opened an event space and the publication is now national. For those who loved Lydia's mom Judy, the duo is filming an online show that is expected to be released in the coming months. And for those who still want to connect with Lydia on faith, fitness, family and more, she tries to address it all regularly through her blog. 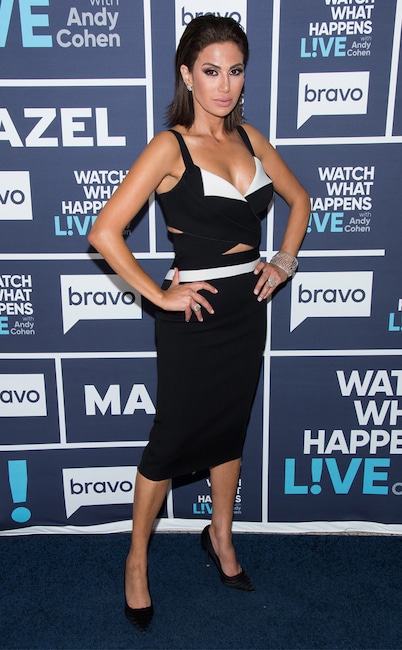 Bravo's 100th Housewife remains busier than ever while working with Alkali Beauty on the Tease hairspray line, growing Giovanna Wheels and focusing on her health. "I believe that women must be proactive in all aspects of their lives and all women are beautiful," she shared with E! News. "With that, I regularly encourage women to be proactive and vigilant about their health at my speaking engagements." Peggy is grateful that during season 12, she was able to share her culture and heritage with the world. 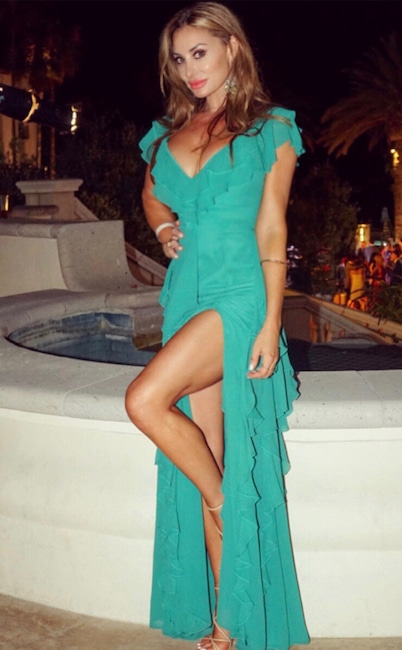 Since leaving the Bravo series, the O.C. resident has been developing a new collection for Sun Kitten Swimwear that involves a collaboration with current Housewife Emily Simpson. "It's a suit for real women with real curves—a sexy suit for the voluptuous woman," Lizzie shared with E! News. "Women are going to love it!" In addition, the single mom launched a new talk show with Cayla Craft called Upgrade Your Life. And as she prepares to relaunch her blog and website, Lizzie's main focus still remains on her boys. "Christian and I are really good at co-parenting," the proud mom shared with E! News. "Preston and Kingston are truly the lights of my life." 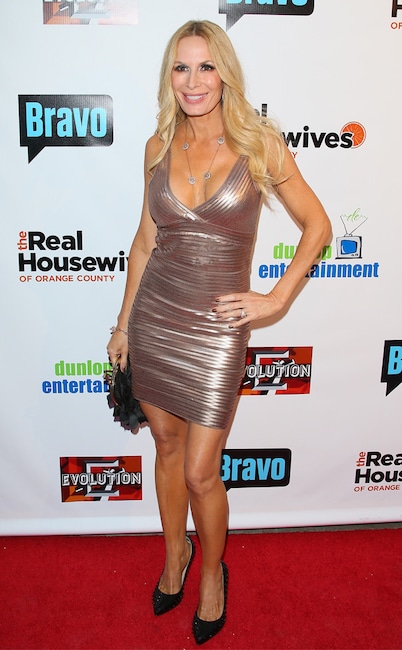 In addition to releasing her fitness DVD, Peggy remains focused on hosting and "working on a few shows that are geared for networks like Travel Channel, HGTV and even Netflix!" She recently celebrated her 14-year wedding anniversary with Micah and her youngest daughter Capri is already 10 years old. When asked to share her favorite memory from the Bravo franchise, Peggy had to give thanks to the viewers. "I would say all the interaction with the fans was one of my fondest memories from the show," she told E! News. "I also loved opening up my home and life to viewers." You can keep up with her on Instagram. 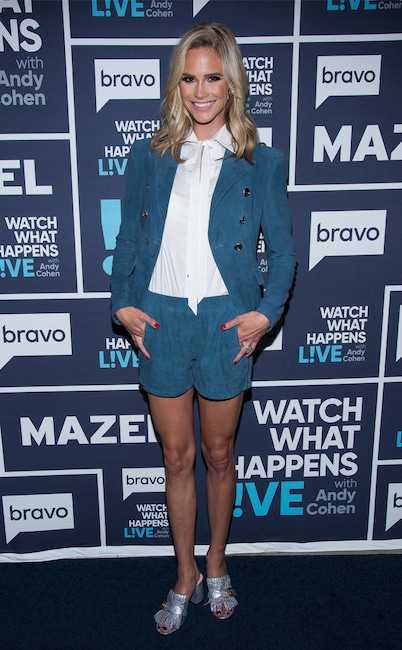 It's been a year to remember for the Bravo star who has kept fans up to date on her life through her personal blog posts. As she moves on without soon to be ex-husband Jim Edmonds after a public controversy, the proud mom is focused on raising her three kids including son Hart who has irreversible brain damage. "I think Hart's diagnosis really put everything into perspective," she shared on E!'s Daily Pop. "I'm trying to do everything I can [for him]." 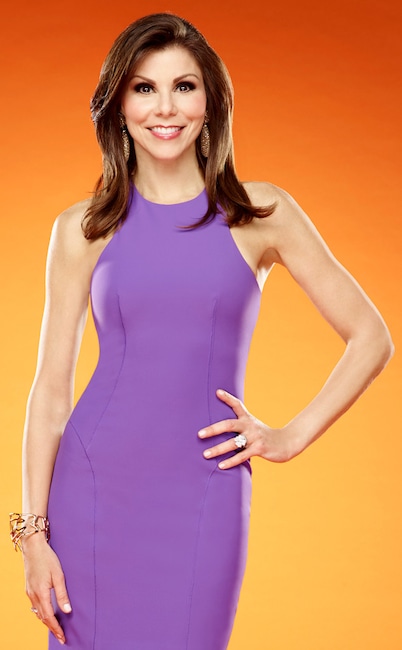 Life has never been busier for the fan-favorite who has a PodcastOne podcast, skincare line seen on Evine and a YouTube series. Would Dr. Terry Dubrow's leading lady ever return to the Bravo series? "Well, I always say 'never say never,' because, you know, if in two years I was back on the show I don't want to be like, 'Well, they're going in a different direction and I really like the way it's going,'" Heather recently told Entertainment Tonight. "You never know what life is gonna bring you, but I feel like I'm in a good spot [off the show]."

Away from the cameras, the former Bravo star has been working hard on her Lynne Curtin Designs. In fact, she hopes to expand into bikini and equestrian accessories soon. As for her two daughters, Lynne shared that Alexa has a boyfriend while Raquel is a mom. "She has a son named Carter. He's just so much fun. He looks like a mini Heath Ledger," she told E! News in 2018. "He's so full of energy. It's been fun. Carter calls me Gia. I don't want to be called a grandma." And for those curious about Lynne's relationship status, she is happily single. "I'm just happy with my life now. Life is good," she told us. 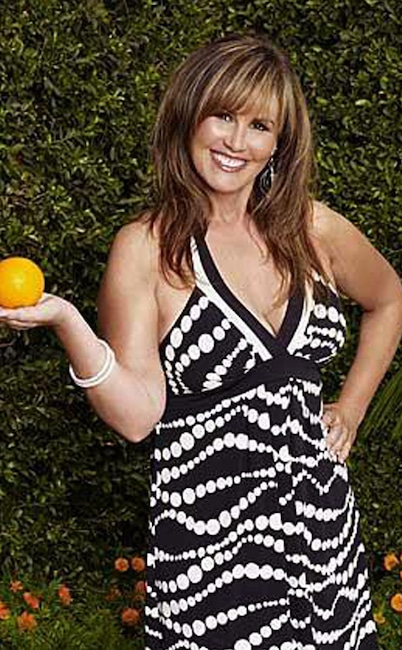 Back in season three, Quinn made her debut on the Bravo series. Since leaving the show, the OC housewife moved to Northern California to be close to her daughter and her four grandchildren. "I bought this fabulous piece of land and have been working hard making this a home...but the seclusion is getting to me," Quinn admitted to E! News in the summer of 2018. "I wouldn't change the time I spent on Bravo for the world. It was fun, stressful, exciting and filled with lots of drama. How many can say they were ever on a reality show let alone one that started the whole Housewives craze?" 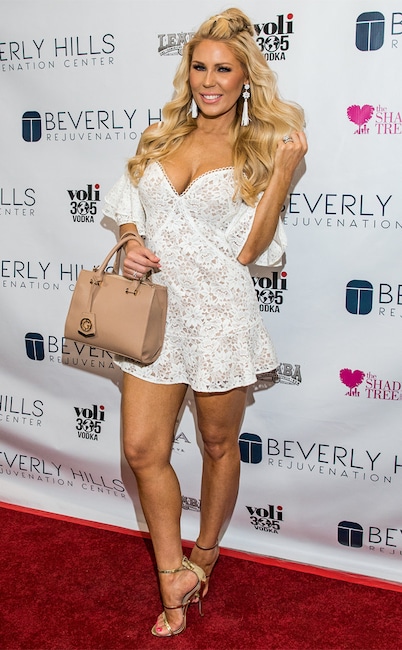 Happily engaged to Slade Smiley, this Bravo alumna recently welcomed a baby girl named Skylar Gray. "I just couldn't imagine doing this with anyone else but you my love! You are seriously the best Daddy ever and Sky is already so in love with you,'" the Gretchen Christine businesswoman shared on Instagram when praising her fiancé. "We are still adjusting to our new normal and are beyond exhausted, frustrated at times, and just trying to keep our heads above water, but special moments like these make all the struggles and tears worth it." 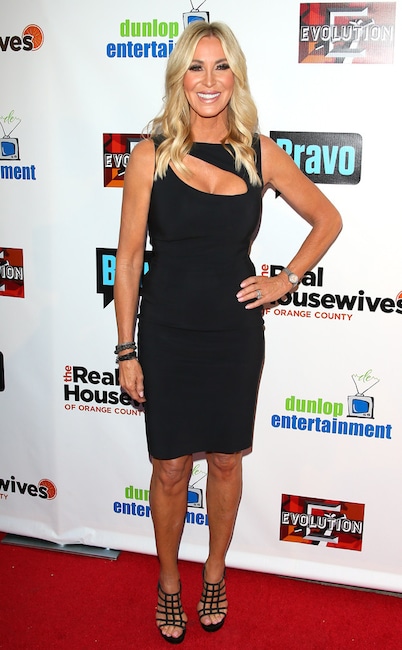 One of the OC's original cast members married her real-life prince charming George on camera. After all these years later, several cast members say their bond couldn't be stronger. "Laurie is so happy," Lizzie shared with E! News back in 2018. Jeana added, "They're just great." Daughter Ashley Zarlin is a model and founder of Cheeky Minx. And while Josh Waring is in legal trouble, Lauri has adopted his daughter and assures fans he has been falsely accused.

Since leaving the show, Alexis has been focused on her family and businesses including her various Sky Zone trampoline parks. In August 2018, news broke that her divorce from Jim Bellino had been finalized. She has since moved on with boyfriend Andy Bohn. "Thank you for loving all of me, for letting me be my quirky self, for showing me things in life I never saw before, for filling my heart with so much love and for making me laugh so dang hard all the time," she previously shared on Instagram. 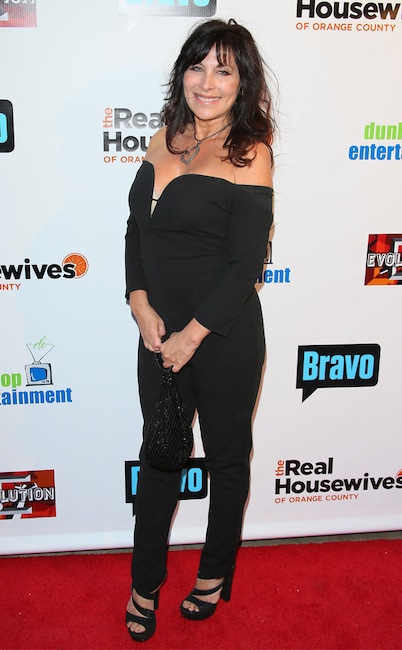 After appearing on season two and three, Tammy chose to keep a low-profile in and around Orange County. While she has stayed in touch with some cast members including Jeana Keough, the former Bravo star rarely posts on social media. 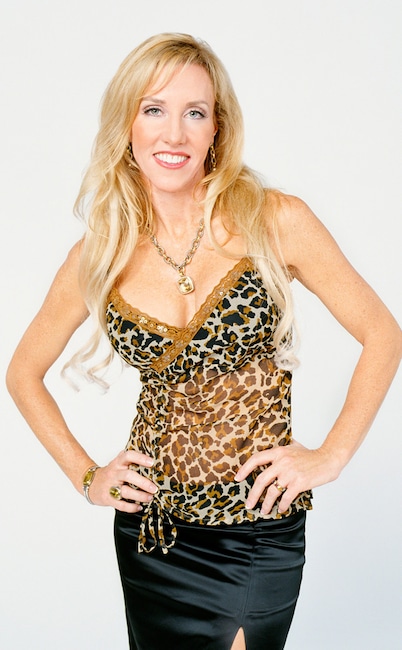 After season one concluded in 2006, the original cast member moved her family to the Midwest in part to get away from the glaring rays of the Southern California sun. She is not active on social media and did not attend the 10-Year celebration in 2016.

The Real Housewives of Orange County airs Tuesday nights at 9 p.m. only on Bravo.

Lance Armstrong Documentary: See the Biggest Bombshells From ESPN's 30 for 30 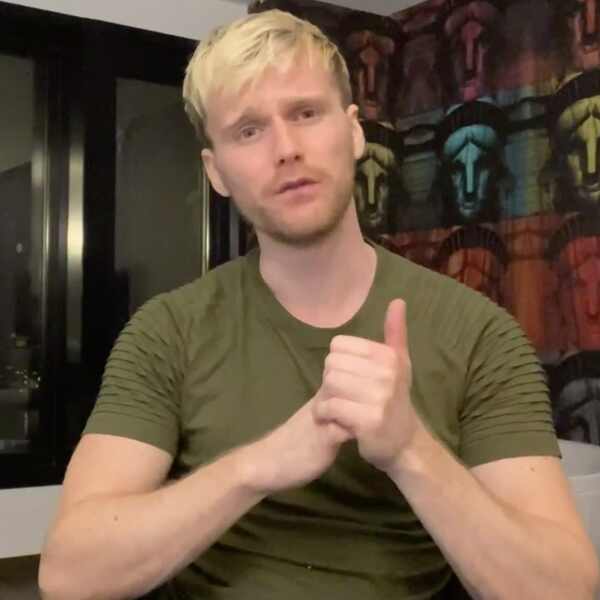