From Mama June to Taylor Swift: The Biggest Transformations of 2017 A new year poses infinite possibilities for change. For these stars, 2017 certainly held a lot of it.

From launching a brand new career phase to shedding multiple dress sizes, stars from Taylor Swift to Mama June embraced the chance to make the year their own. For Aaron Carter, that meant sharing his sexuality with the world. For Kim Kardashian, the past 12 months was a chance to take life back on her own terms after a life-threatening end to 2016.

In the world of Janet Jackson, first-time motherhood became a central focus as she parted ways with her husband and prepared to resume a life on stage. Meanwhile, Selena Gomezprivately faced a health battle and overcame it with the help of a beloved best friend.

In anticipation of the year ahead of us, here's a look back at the stars who transformed before our eyes this year. In the words of Miley Cyrus, "Change is a thing you can count on." 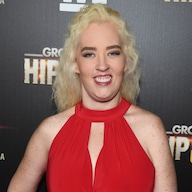 The musical icon had quite an eventful year packed with major milestones. She kicked off 2017 by giving birth for the first time in early January. A few months after the arrival of her first child, son Eissa Al Manna, the triple threat separated from her husband of five years, Wissam Al Mana. After living a highly private life with her ex, the star emerged in the spotlight by the fall as she resumed her previously postponed world tour in September. A source told E! News at the time that the performer had shed close to 100 pounds. "Janet is happy about how her body is looking," a second source said, adding that Jackson worked with a trainer and nutritionist to get into top shape. "She feels very confident." As another insider put it, "It's a new beginning for Janet." The 25-year-old songstress faced an array of changes this year, from her hair color to her health. While she released several singles into the spring and summer, the star kept a notably low public profile. Then, in September, she revealed the reason for her noticeable absence from the spotlight—Gomez had underwent a life-saving kidney transplant. "I'm very aware some of my fans had noticed I was laying low for part of the summer and questioning why I wasn't promoting my new music, which I was extremely proud of," she explained on social media at the time. "So I found out I needed to get a kidney transplant due to my Lupus and was recovering." Gomez finished out the year by calling it quits with her musical beau The Weeknd, rekindling her romance with former love Justin Bieber, debuting new music and returning to the American Music Awards stage with newly bleached blond hair. "I am very, very lucky and I feel really good," the "Bad Liar" singer assured E!'s Sibley Scoles in December. "I feel great. It's a whole other part of me, but I'm just, I'm happy and I'm healthy and that's—I think that's what matters." 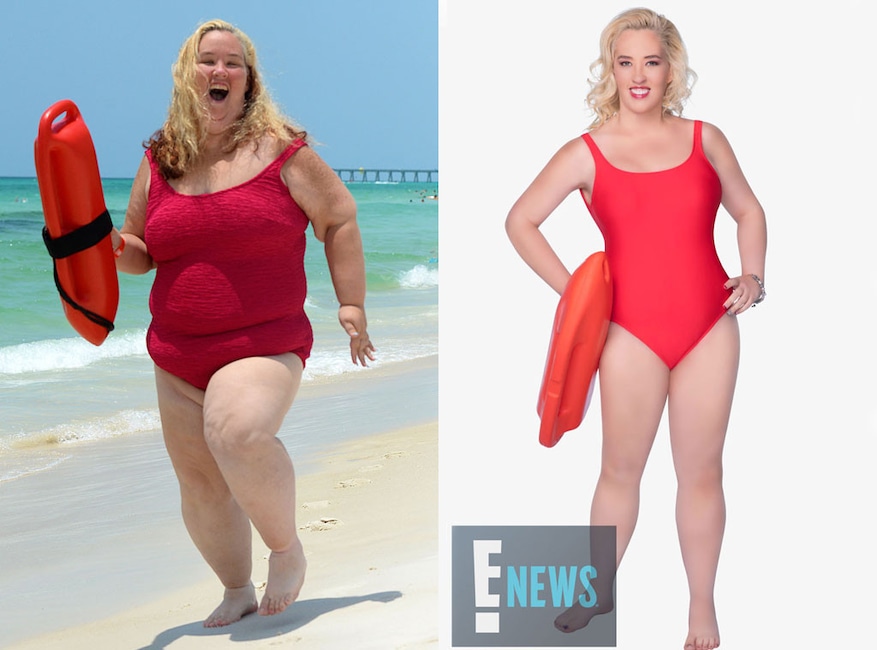 The reality star stunned all of her loyal fans when she slimmed down to a size four this year. After chronicling the weight-loss process, packed with painful surgeries and personal adjustment, on the WE tv series, Mama June: From Not to Hot, the mother of four unveiled the highly anticipated results during the show's the season finale in late March. By the end of the year, June had maintained her weight loss and was posing proudly. As she said during a TV confessional session, "I feel like [I'm] becoming the person on the outside that I always felt like [I was] on the inside." The child star had a year filled with personal revelations, run-ins with the law and physical change. A month after being arrested and charged with DUI, possession of less than one ounce of marijuana and possession of drug-related objects in July, the singer came out as bisexual in an open letter to his fans. Soon after, he and his girlfriend of a year, Madison Parker, called it quits. He checked into a facility in late September, telling fans, "My loved ones, I would like to tell all of you that I will be disappearing for a while to work on myself." After a week outside of the facility in October to handle legal and personal matters, Carter resumed his life in rehab. Since his exit, the 30-year-old has gained more than 40 pounds and remained focused on his music. "I feel amazing," he gushed to fans on social media. "2018 I'm ready for you!!" While the Oscar nominee remained largely off the silver screen this year, his work behind the scenes did not go unnoticed. The star recently stepped out on the streets of New York City and fans couldn't help but notice the actor looked noticeably fit. The actor has been spotted boxing as of late, a sign that he's been kicking his workouts into high gear. With a few highly anticipated projects in store for the new year, Hill is heading into 2018 strong and busy. 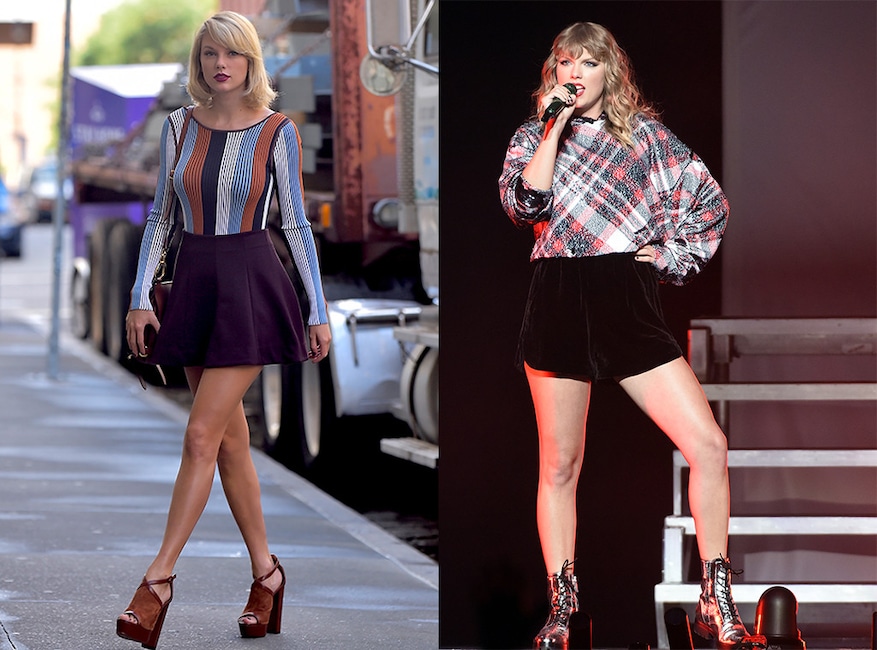 As the superstar declared herself, "the older Taylor can't come to the phone right now...'cause she's dead." While the star is very much alive, she has undertaken quite the transformation since emerging in the spotlight to release her highly anticipated sixth studio album, reputation. After spending most of the year deeply out of the limelight, Swift took fans by surprise when she wiped her social media accounts clean and took on a new aesthetic just in time to let her new music do all the talking. With a curly shag, casually edgy motif and new romance with British beau Joe Alwyn, Taylor was back and renewed. Only time will tell what 2018 has in store for this star—but it's clear she's just getting started. 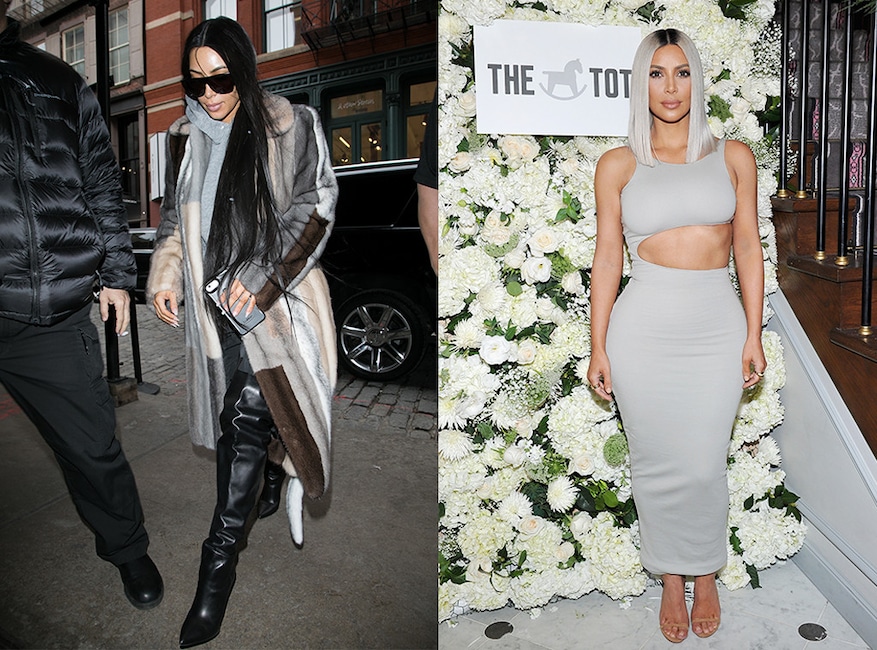 On the heels of her traumatic robbery in Paris in early October 2016, the reality star stepped away from the spotlight and social media as she put the pieces of her personal life back together. Then, in January, the mogul and mother of two emerged online with a noticeably new aesthetic. Since then, she's adopted more of a frills-free approach to fashion, sunk her entrepreneurial teeth into the makeup game with a line of her own contouring cosmetics, kicked off a new fitness regimen, went icy blond and adopted a new mantra: "something had to change just of how I live my life." Ahead of the release of her first album in two years, the former child star shed some of her outlandish old ways and embraced a more polished and mature sound and look—though still authentically her own. While she acknowledged an evolution occurring, the 25-year-old was careful not to dismiss her younger self. As she sang on her album's title track, "Younger Now," "No one stays the same."

Which is your favorite transformation? Share with us in the comments below! Which of 90 Day Fiancé's 40 Couples Are Still Together?