Leave it as a comment, so we know it's real.

Jennifer Lopez and Alex Rodriguez could just be one of our favorite couples of 2017. The two started quietly dating sometime in February and before we knew it, "J-Rod" was here.

Although they were very private about their relationship at first, the two began showing more and more PDA. Our favorite J-Rod moments? Their Instagram comments to each other. We kind of can't get enough of them.

From heart eyes emojis to "Hurry home," we've seen it all, and we're so here for all of it!

Through their not-so-secret comments, we've been able to catch a glimpse of what a fun couple they are.

Their love story started last winter when Lopez made the first move and approached the former Yankee at the Beverly Hills Hotel. After that, they went on their first date and the 48-year-old superstar revealed that things weren't what she expected.

"He was sitting there in his white shirt, very confident and manly, but then he was just so talkative! I think he thought I was going to be this loud person, but I'm not. I just listen," Lopez told Vanity Fair. "So he's talking, talking about his plans, about how he had just retired from baseball, about how he saw himself getting married again, all these things you wouldn't normally talk about on a first date."

Rodriguez confessed he "didn't know" if it was a date.

Eventually, Lopez clued him into the fact that they were, indeed, on a date.

"She told me around the third or fourth inning that she was single. I had to get up and go re-adjust my thoughts. I went to the bathroom and got enough courage to send her a text," Rodriguez says. It read, "You look sexy AF." They both laugh. "And then it took a turn," Lopez recalls. "The fire alarm went off, and we had to evacuate. No, really! The fire alarm went off!"

The rest is history, and despite their hectic schedules, these two have been completely inseparable since March.

Check out some of their biggest PDA comments on Instagram: 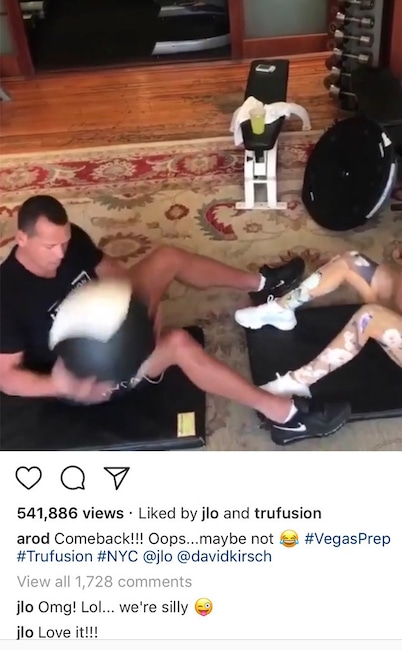 The "Amor Amor Amor" singer might think they're "silly," but these two mean business when it comes to their workouts. 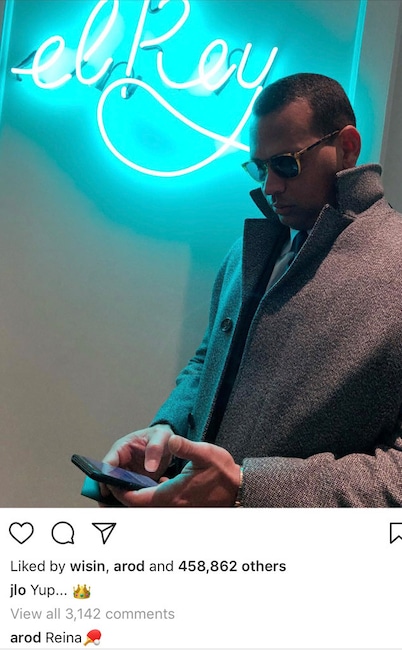 J.Lo took this snap of the former Yankee, and the sign behind him reads "king" in Spanish. He then commented back and called her a queen. 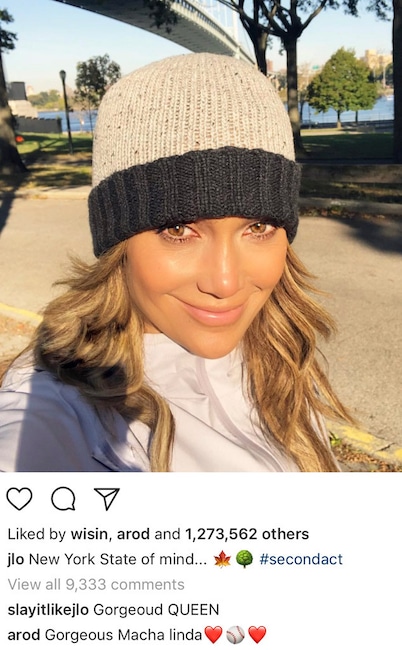 He can't stop admiring her beauty

They've got their pet names for each other, and here it seems A-Rod was overwhelmed by J.Lo's beauty when he wrote this caption. 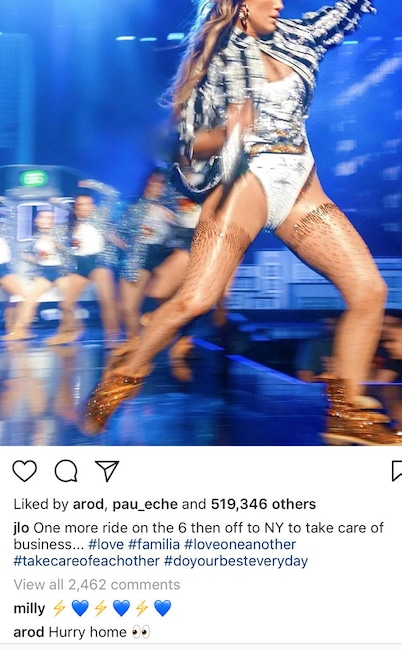 Someone wants her home

Here's the baseball stud's not-so-subtle way of saying he misses J.Lo. We see you, A-Rod! 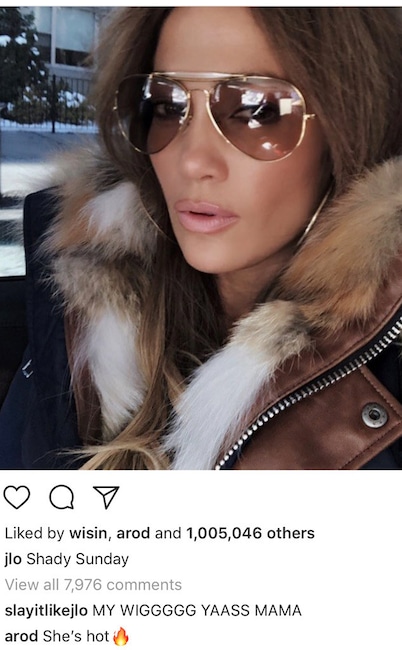 Well, nobody can argue with that! 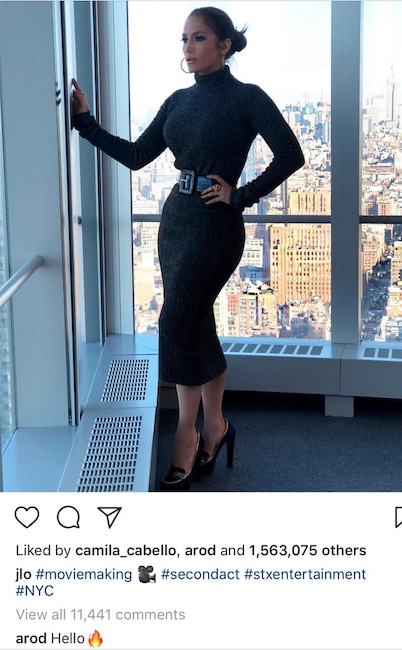 Ms. Lopez will see you now

We get total Christian Grey vibes here, and maybe so did A-Rod when he commented those fire emojis. 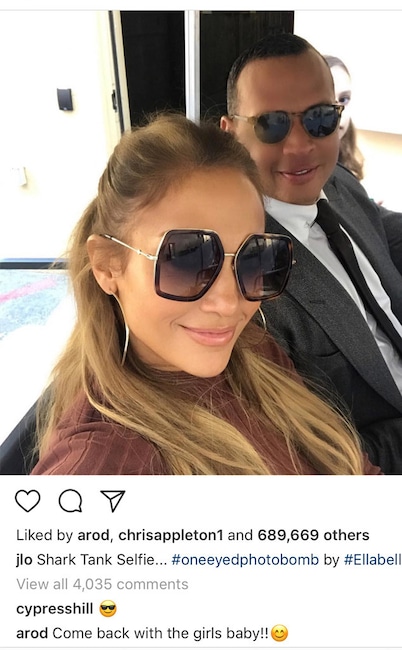 You can count on these two to show love for each other's projects. On this day J.Lo, along with A-Rod's youngest daughter, visited the Shark Tank star. 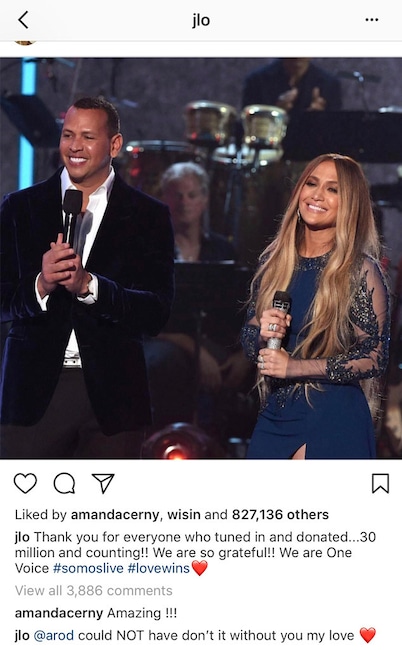 The couple worked together on creating One Voice: Somos Live! They really couldn't have done it without each other, because before the telethon, this power couple raised $26 million through corporate donations from the business, sports and entertainment world. 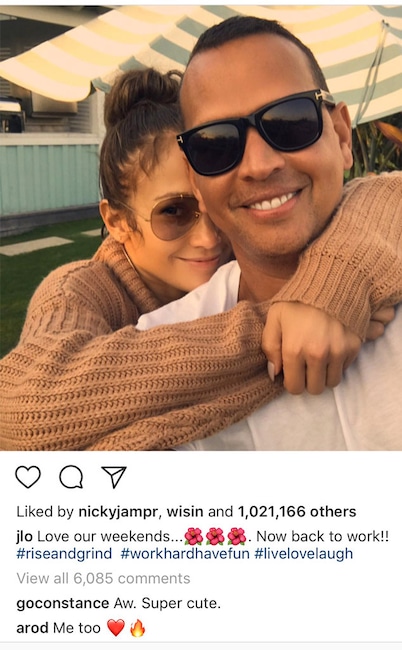 They love their weekends

These two love their quality time together especially on the weekends with their kids. 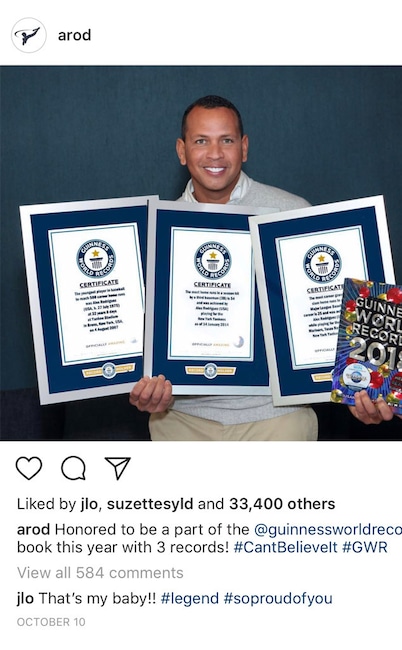 He's breaking records, and she couldn't be more in awe of him. 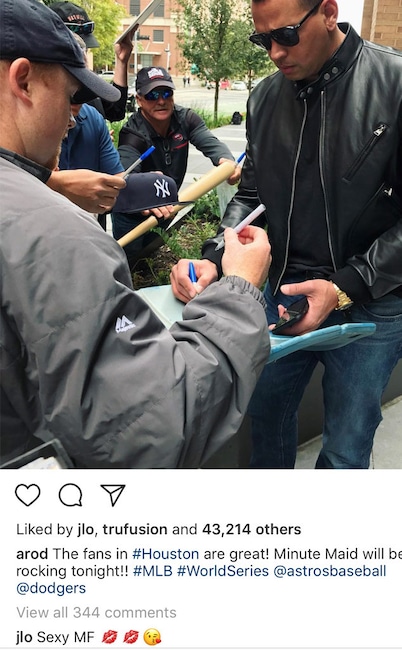 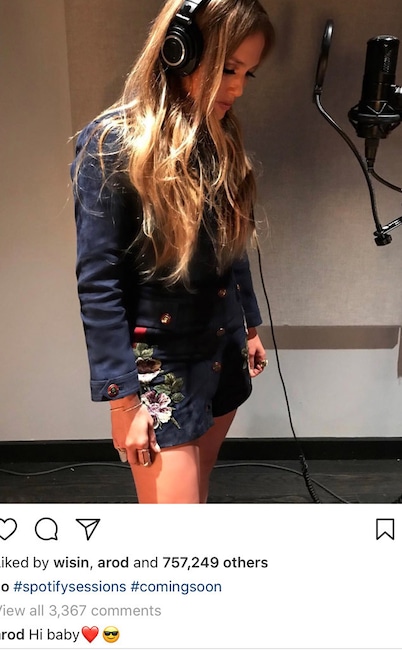 These two are as cool as that emoji. 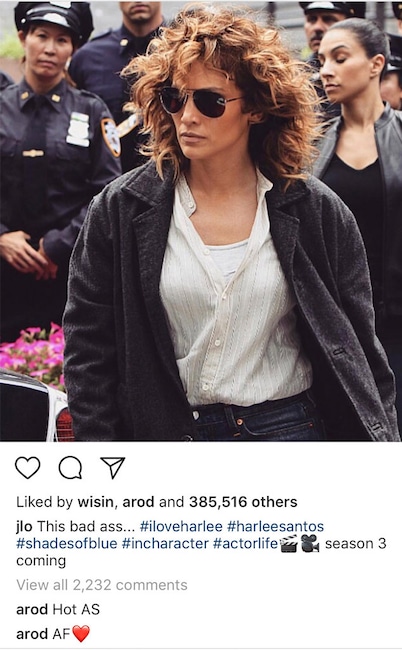 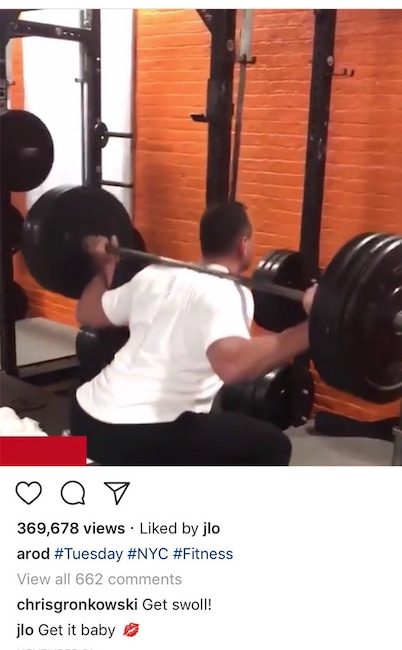 She Likes to see him sweat

The star is his biggest fan, especially when it comes to his workouts. 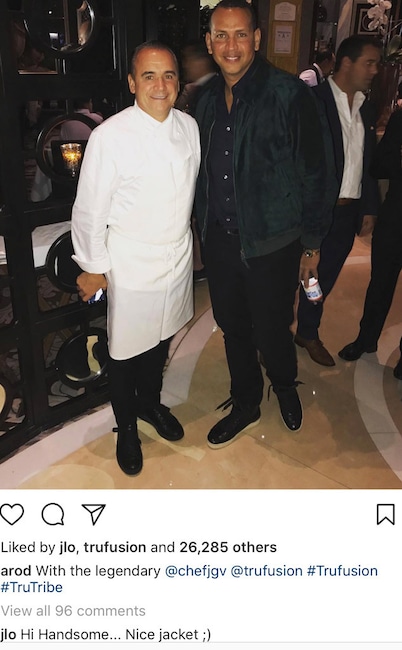 Handsome with the jacket 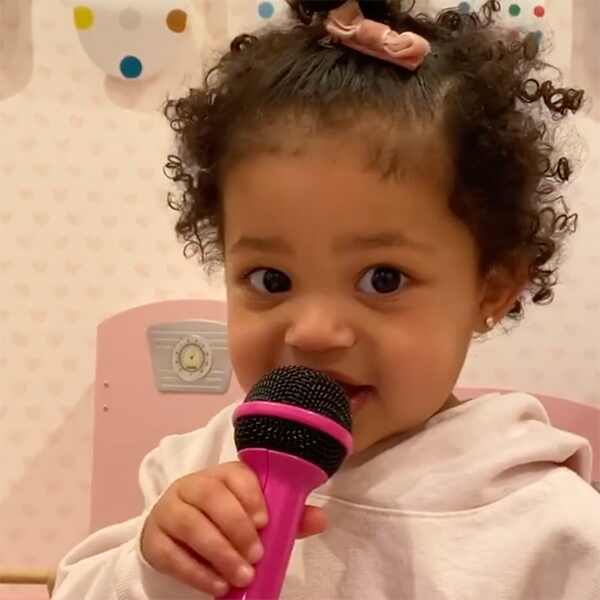 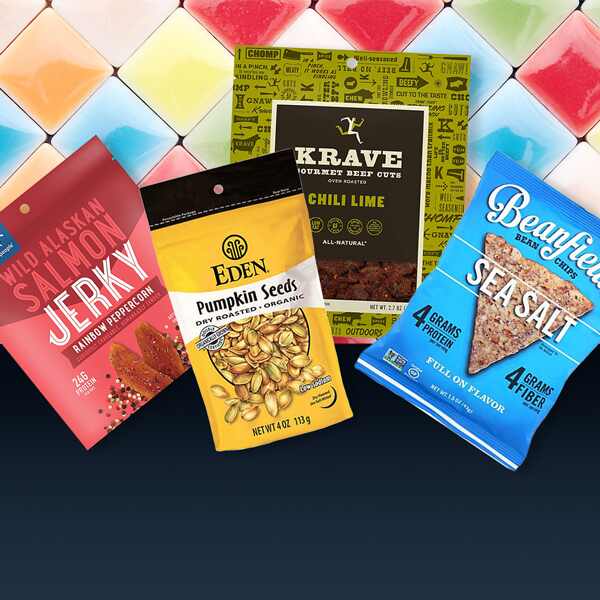 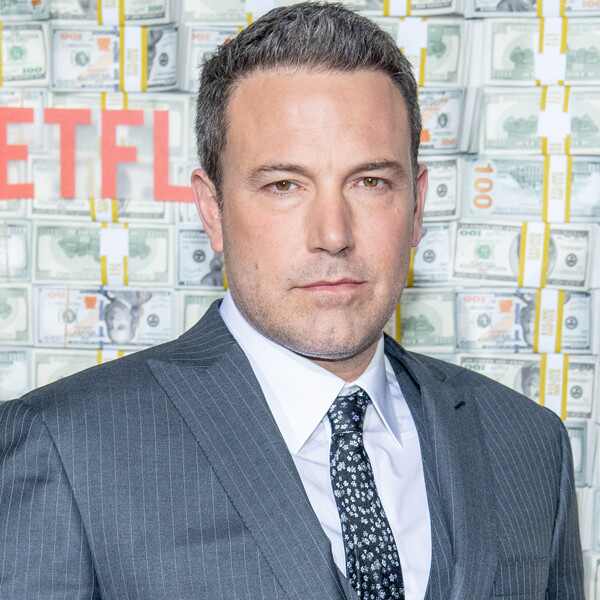 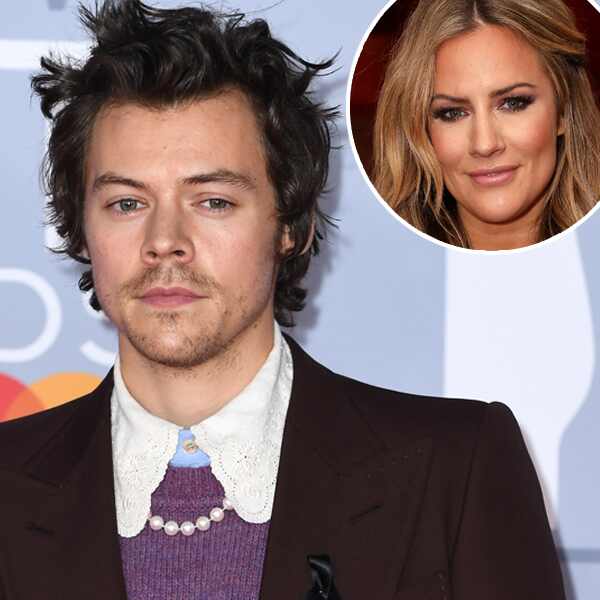 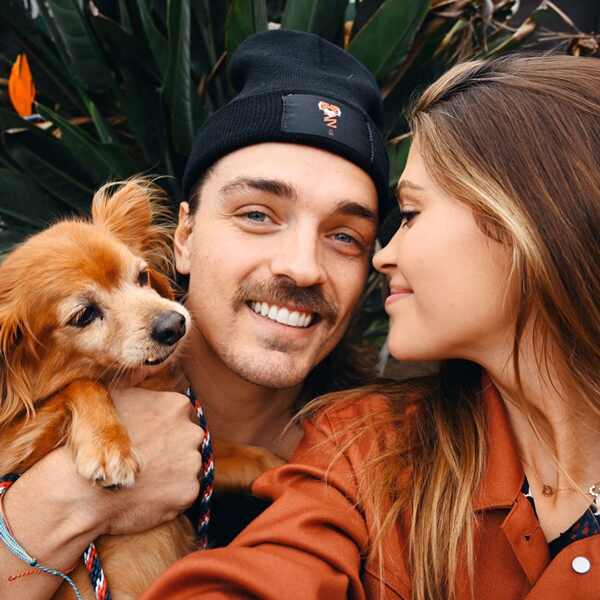 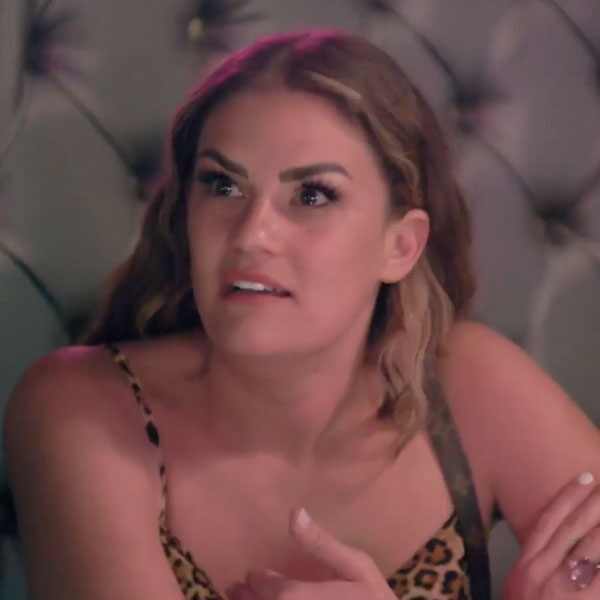 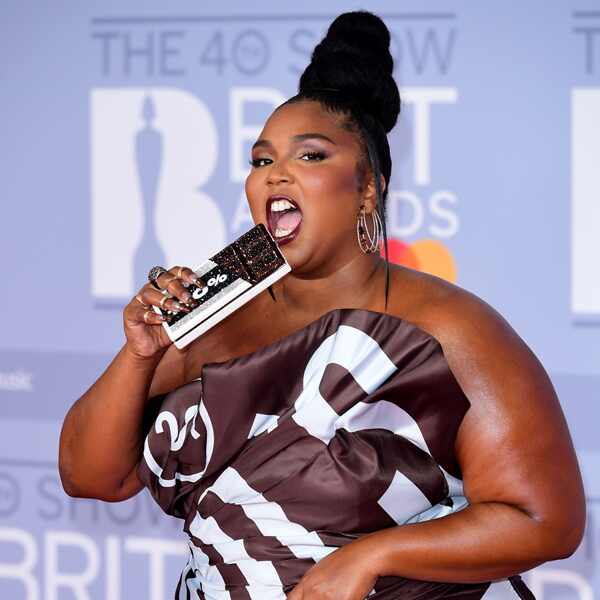