For the first time in years, Kylie Jenner is not the queen of the Halloween scene.

While most celebs are flocking to social media to flaunt their barely there ensembles and their festive imagination this weekend, Ky is taking some time to relax sans sexy costumes—in fact the celeb is covering up this Halloween season.

Amid reports that the Keeping Up With the Kardashians star is pregnant with boyfriend Travis Scott's baby, the 20-year-old has been laying low and not going out this holiday weekend.

Today, the makeup mogul took to Snapchat and instead of posting party pics of herself wearing revealing costumes as she has done in years past, she's sharing Snaps of herself in comfy clothes hanging out at home. Noticeably absent were any images of her midsection.

Sunday's images show her having some fun with mom Kris Jenner (who needs a costume when you have a puppy filter?), snacking on "puppy chow" that her mom brought her from Colorado, showing off some flashy pants in her tricked out Rolls Royce and generally taking it easy.

Kylie has yet to comment on the reports but has been staying out of the public eye since the news broke last month. 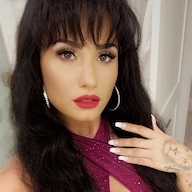 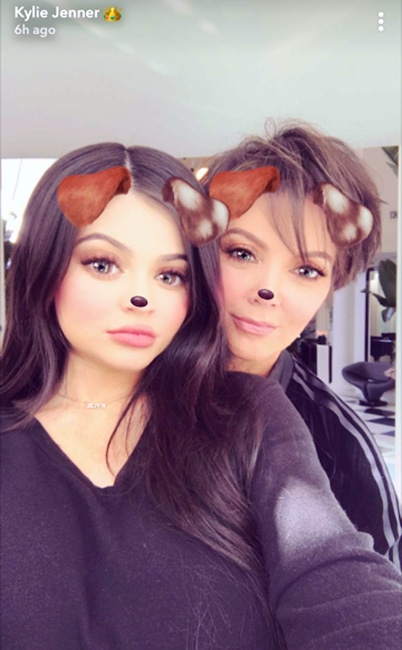 Kylie and Kris play with the puppy Snapchat filter. 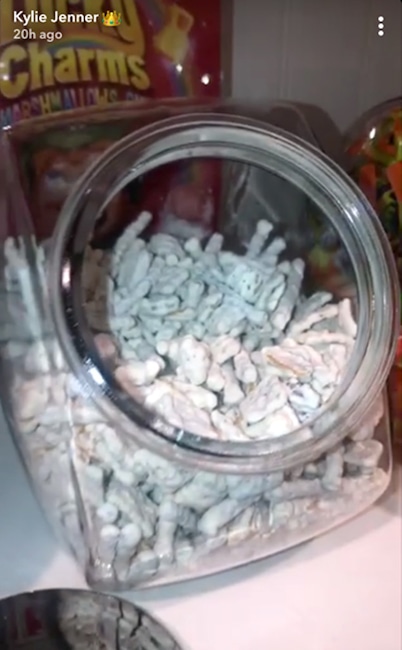 Kylie mentioned she had a new favorite snack, which her mom brought her from a recent trip. 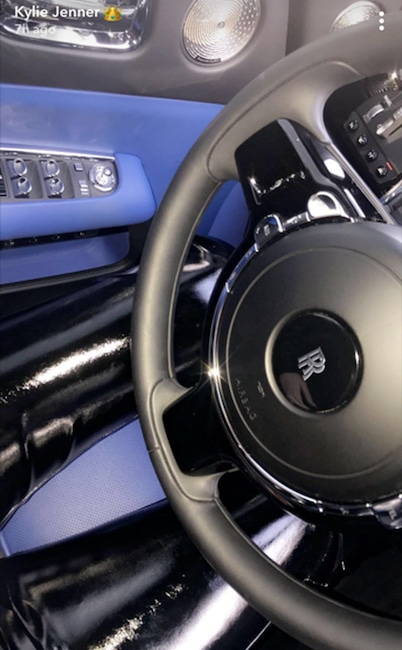 She may have avoided showing her midriff, but the star highlighted a pair of leather pants while in her Rolls Royce. 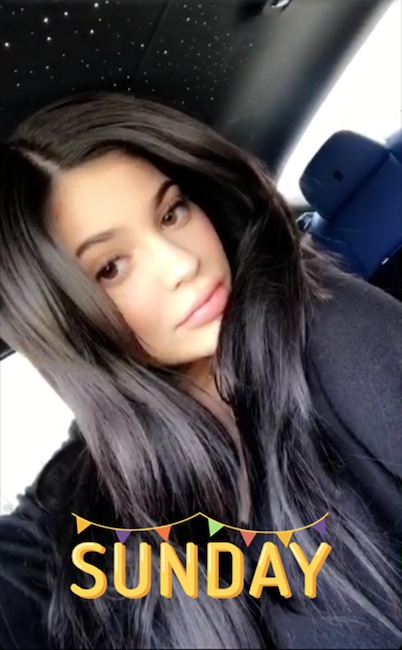 The KUWTK star was all about chilling in her expensive car on Sunday. 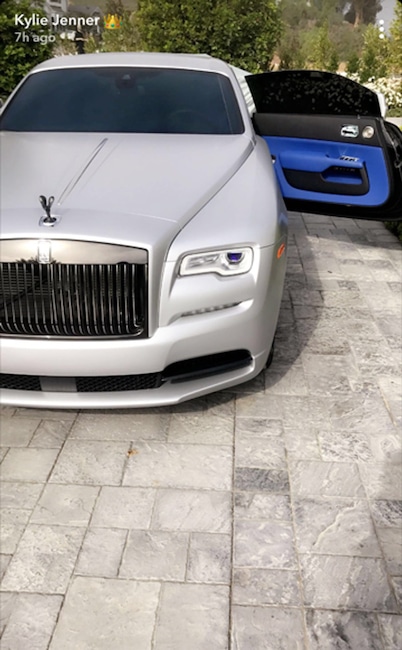 Kylie posted the Snap of her sweet Rolls. 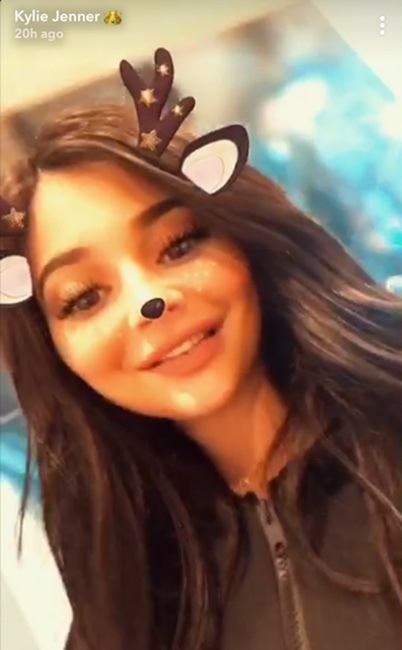 The 20-year-old had some fun making herself a magical creature.

From an ode to Christina Aguilera's Dirrty past last year to her icy-hot snow princess get-up and bad-ass ninja babe in 2015 and many more, the youngest Kardashian/Jenner has made Halloween her time to shine—until now.

Check out Ky's skin-baring Halloween costumes from years past... 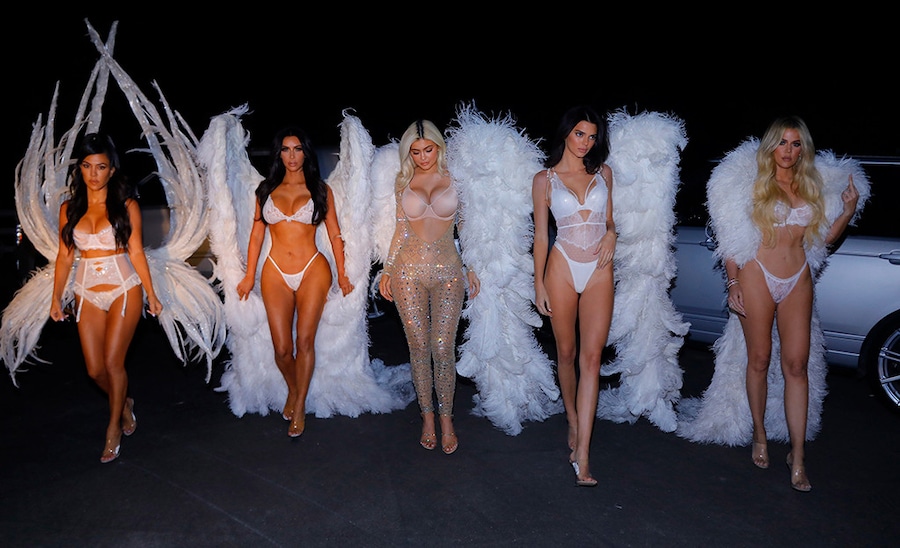 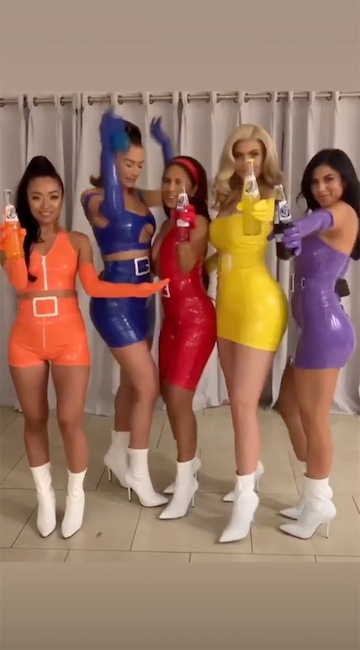 Pictured here in 2018, Jenner gathers her girl squad for a group costume inspired by the Fantanas. 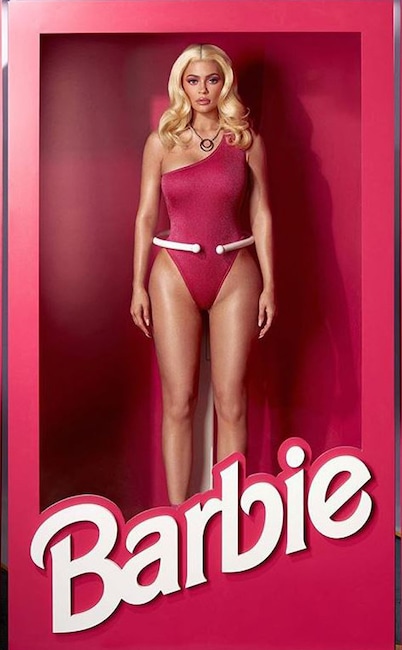 The Kylie Cosmetics mogul looks stunning as Barbie in 2018. 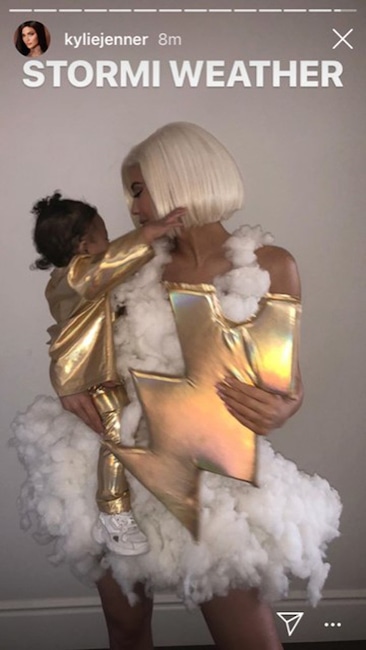 Kylie and her daughter Stormi Webster dress up as Stormy Weather for her baby's first Halloween. 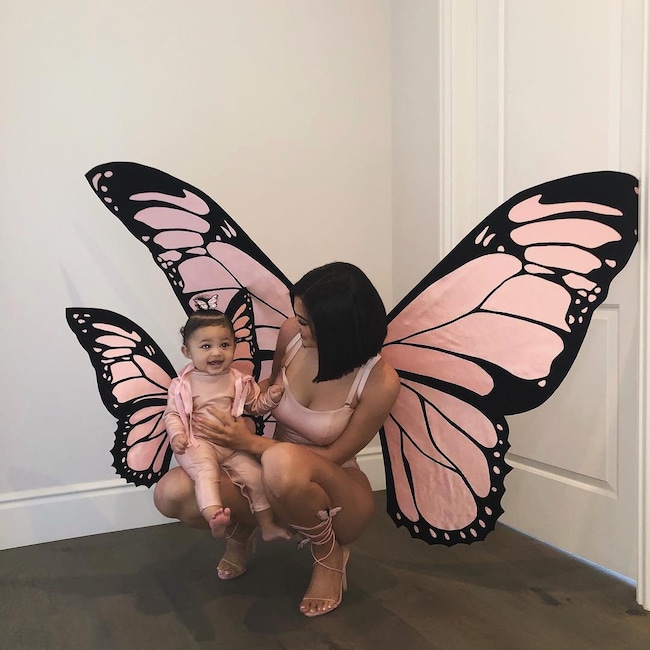 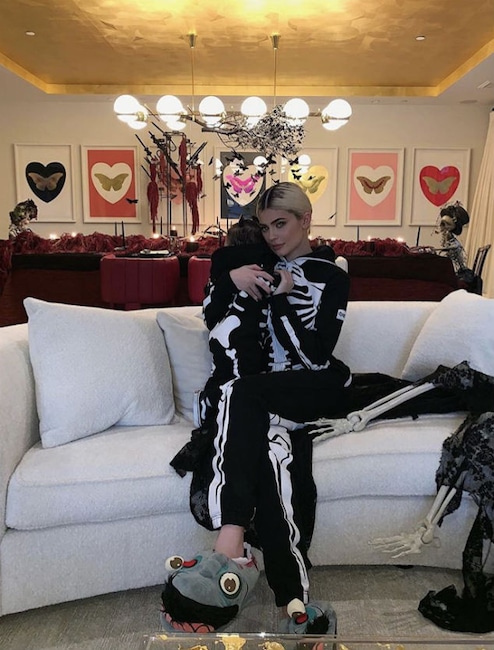 For her annual Halloween dinner party in 2018, Kylie and Stormi match in skeleton onesies. 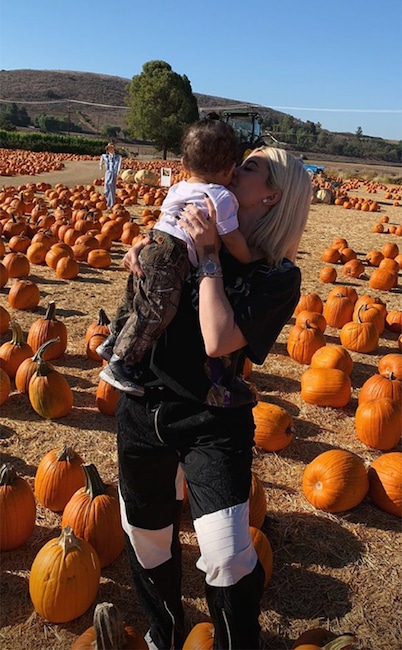 The mother-daughter pair forgo traditional spooky costumes for more laid back looks during a trip to the pumpkin patch in 2018. 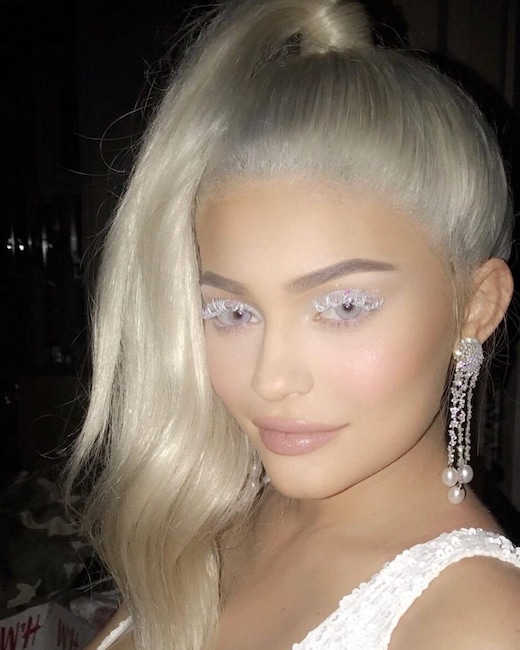 With bestie Jordyn Woods by her side in a fire-inspired costume, Kylie resembles "ice" with a platinum blonde ponytail and eyelashes to match during Halloween 2017. 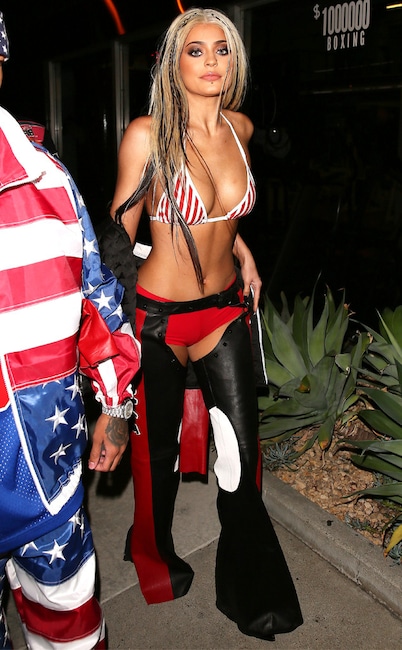 Dressed as the "Dirrty" girl herself Christina Aguilera, the E! star hits up a Halloween bash in Hollywood in 2016. 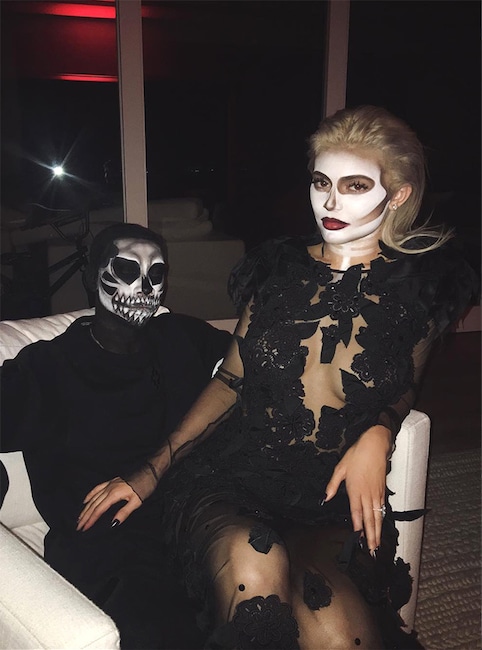 Kylie makes for one sexy skeleton while celebrating Halloween 2016 with ex-boyfriend Tyga. 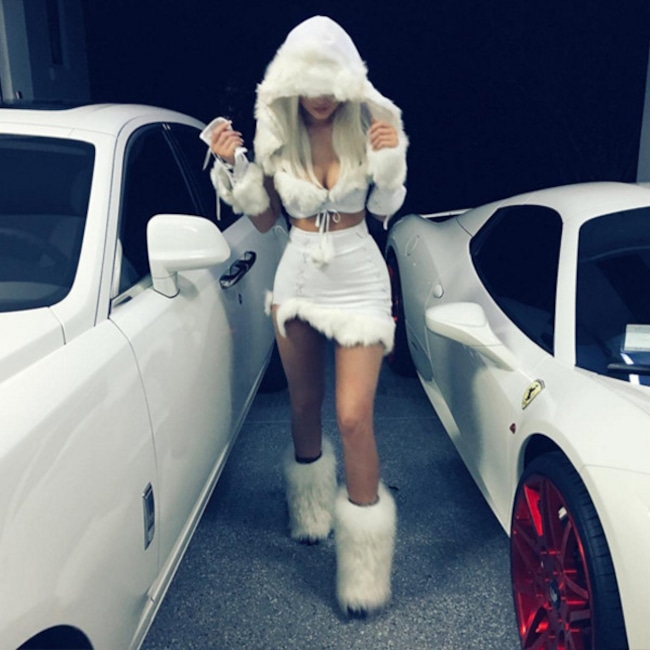 In 2015, Jenner channels her inner snow princess in a sexy white two-piece and furry boots. 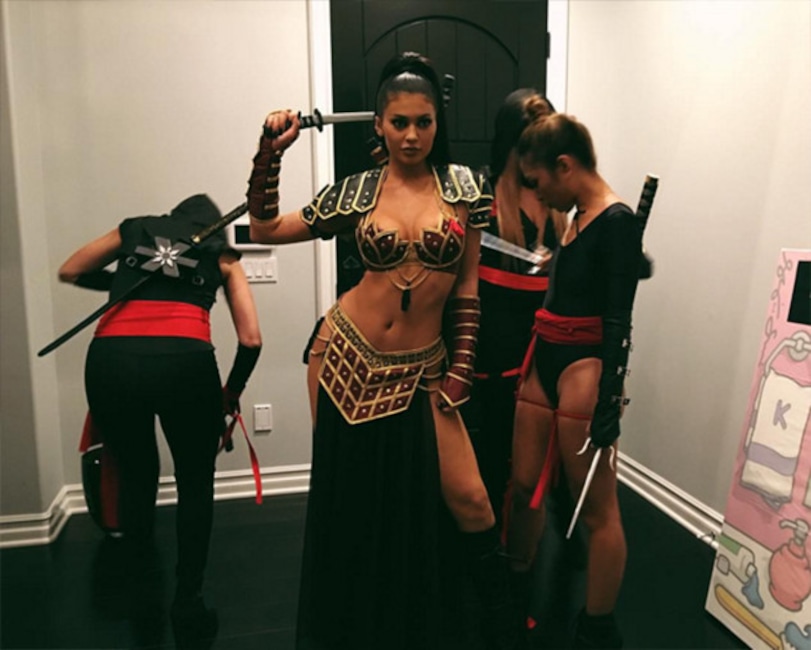 The youngest member of the Kar-Jenner clan flaunts her enviable abs as she dressed up as a ninja warrior in 2015. 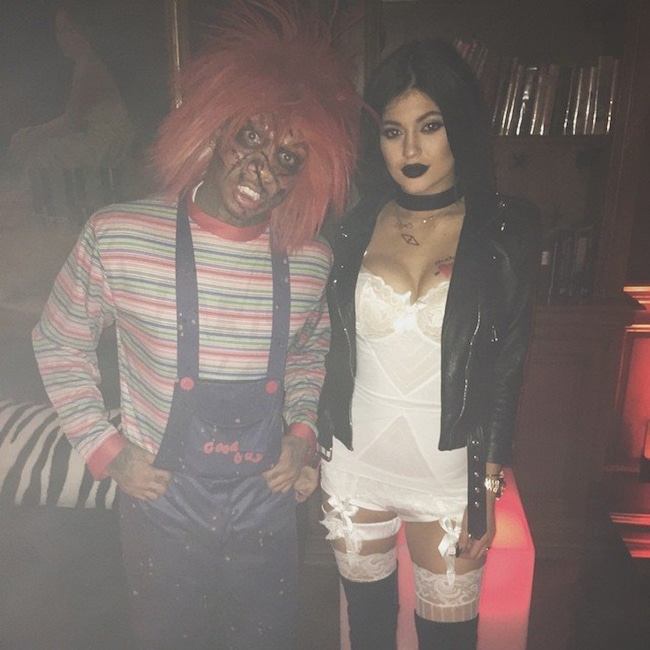 Till Death Do Us Part

In 2014, Kylie and her former beau went as the terrifying duo from Bride of Chucky. 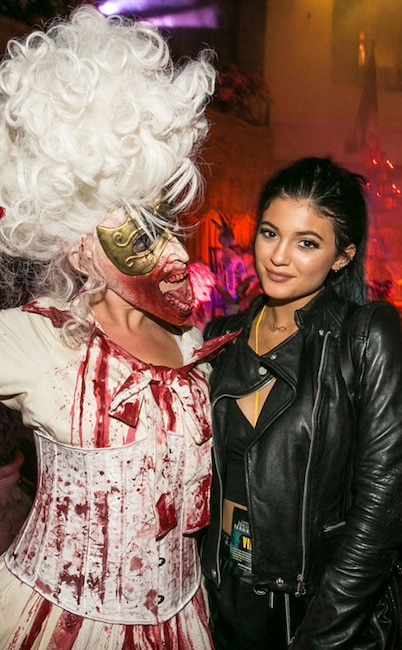 Time to Get Spooky 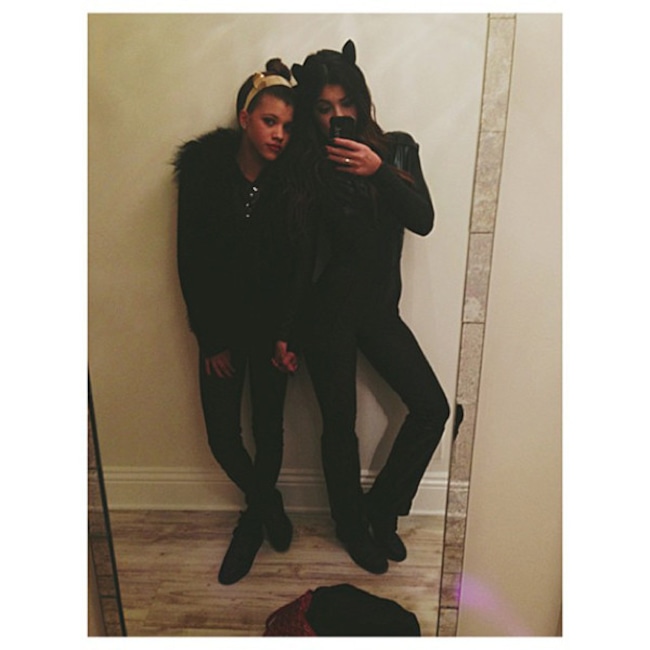 Oh, how times have changed! Pictured here in 2013, Kylie and Sofia Richie dress up as kitty cats. 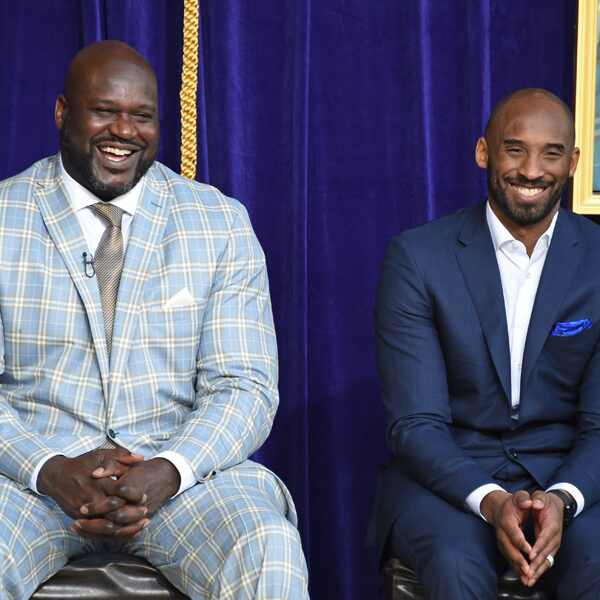 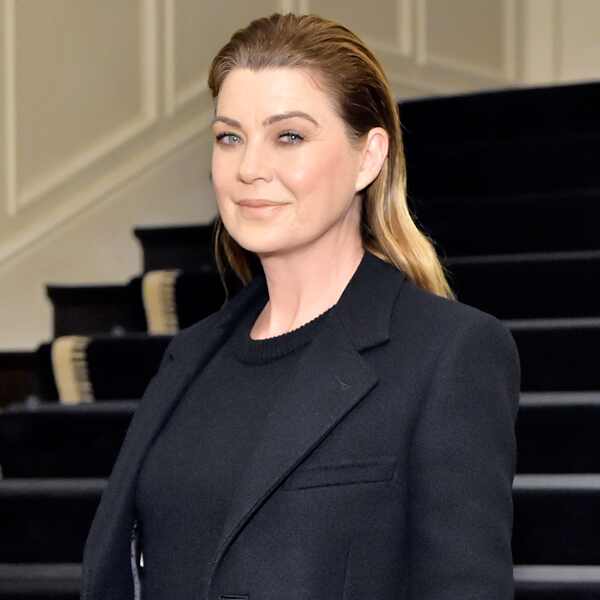 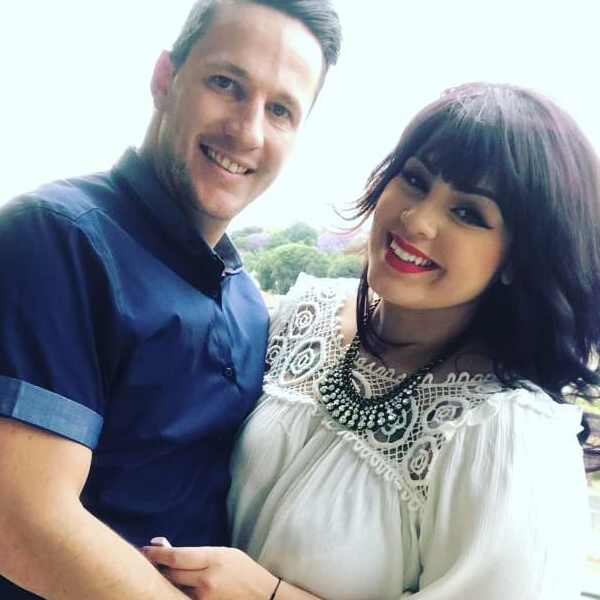 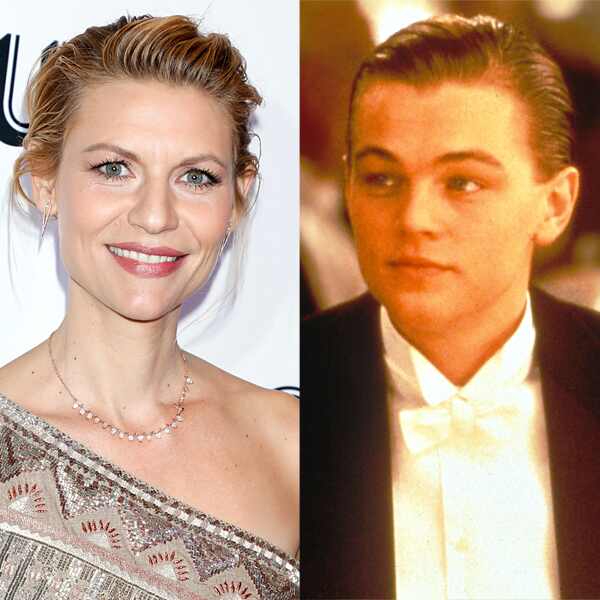 Why Claire Danes Decided Not to Do Titanic With Leonardo DiCaprio 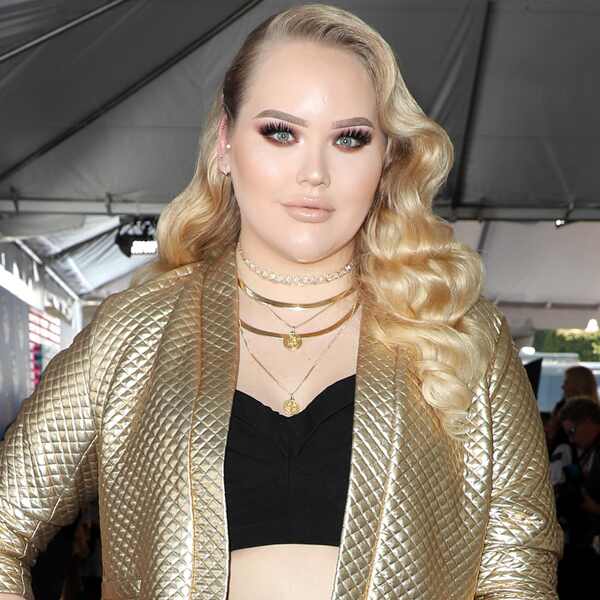 Why YouTube Star NikkieTutorials Doesn't Want to Name Her Blackmailer 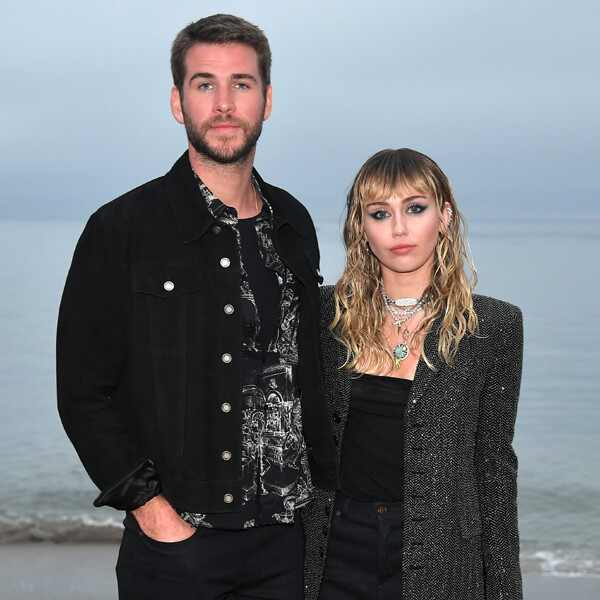 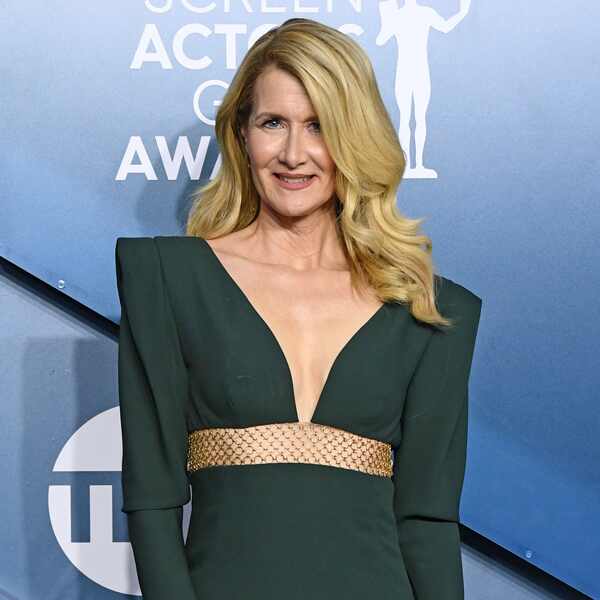