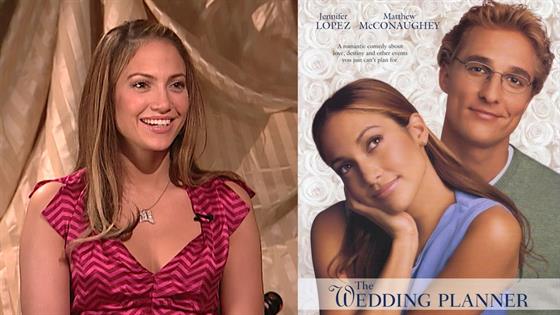 We could all use a little more love and laughter these days. So why not watch a romantic comedy?

With social distancing keeping many people at home, now is a great time to revisit some of the classics. Who could forget Billy Crystal and Meg Ryan in When Harry Met Sally… or Julia Roberts and Cameron Diaz in My Best Friend's Wedding? There are also fan favorites like How to Lose a Guy in 10 Days, Bridget Jones's Diary and 10 Things I Hate About You. Now the only question is: How do you pick the one?

Luckily, you don't have to. Viewers can watch all the rom-coms their hearts desire via streaming services. You don't even need to leave your couch to fall head over heels in love with these stories all over again.

So, pop some popcorn, grab a blanket and settle in. Need a little help deciding where to start? 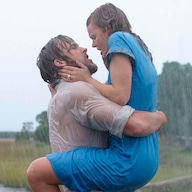 See 20 of the best romantic comedies below. 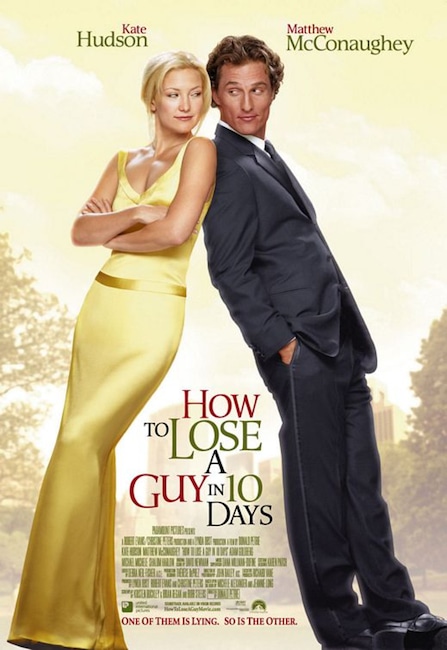 The fondness for this film will certainly outlive any love fern. Magazine writer Andie Anderson (Kate Hudson) has to reel in a guy for an article on—you guessed it—how to lose a guy in 10 days. Meanwhile, advertiser Benjamin Barry (Matthew McConaughey) tries to win an account by betting his boss he can make a woman fall in love with him in 10 days. After meeting at a bar, they form a relationship with their hidden motives in mind. But will true love get in the way of their plans? Watch it via YouTube Movies, Google Play, Amazon Prime, iTunes and Hulu. 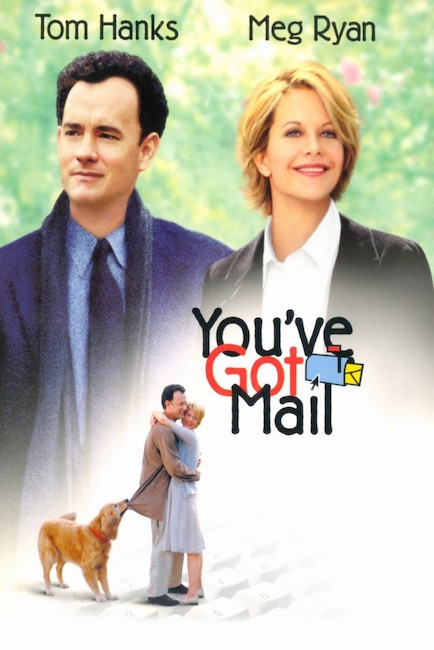 While email has certainly changed, the love for this classic remains the same. Tom Hanks and Meg Ryan's characters form a strong connection online but are unaware they're business rivals in the real world. Hanks' character owns a large bookstore chain while Ryan's character runs a small, independent bookshop. Watch the movie via YouTube Movies, Amazon Prime, iTunes and Google Play. 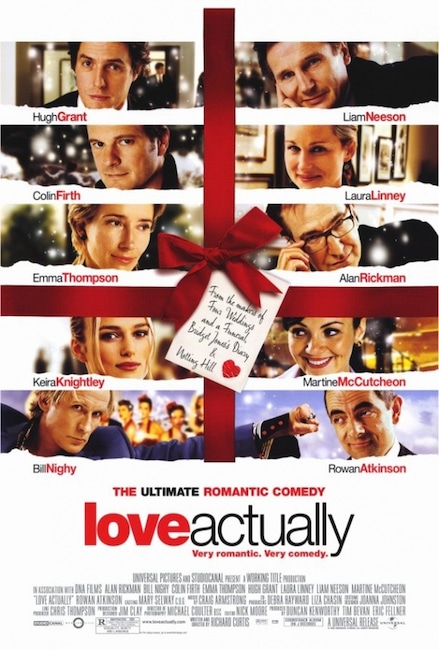 You don't have to wait until Christmas to watch this beloved movie. The star-studded cast—which includes Colin Firth, Liam Neeson, Emma Thompson and Keira Knightley—is reason enough to revisit it. That and Hugh Grant's dancing. Watch their individual love stories play out via YouTube Movies, Google Play, Hulu, Amazon Prime or iTunes. 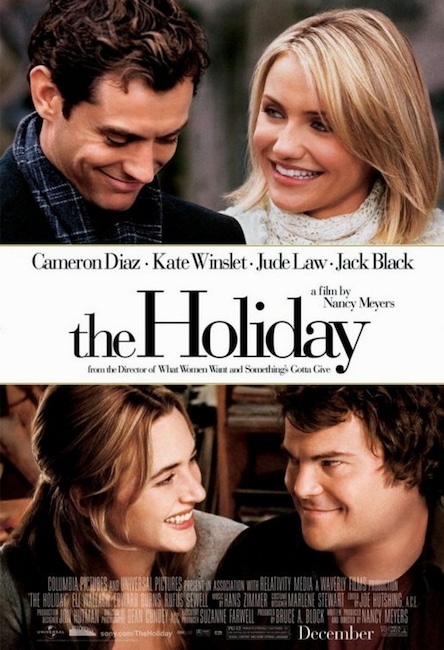 Speaking of Christmas rom-coms, The Holiday is a true gift. Watching Cameron Diaz and Kate Winslet travel across the globe to swap houses and then find connections with Jude Law and Jack Black, respectively may be just the escape you need. Watch it via YouTube Movies, Hulu, Amazon Prime, iTunes or Google Play. 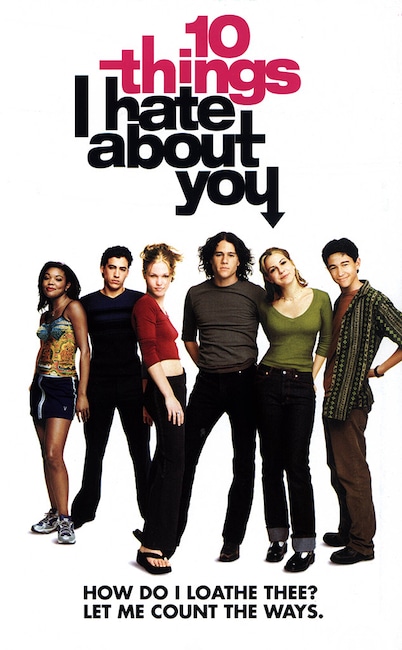 There's not one thing to hate about this film. The movie is a modern interpretation of William Shakespeare's The Taming of the Shrew and is set in a high school. It stars Julia Stiles, Joseph Gordon-Levitt and the late Heath Ledger. Watch it via Disney+, YouTube Movies, Hulu, Amazon Prime, Google Play or iTunes. 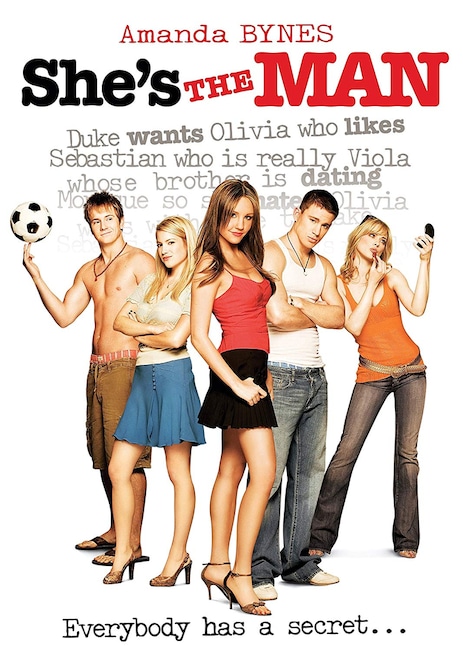 After her brother Sebastian makes a secret trip to London, Viola (Amanda Bynes) agrees to cover for him by impersonating him. She attends his boarding school and tries out for the soccer team. However, things get complicated when she develops feelings for roommate Duke (Channing Tatum). Meanwhile, Duke has a crush on Olivia (Laura Ramsey), who has a crush on "Sebastian" (who is really Viola). Olivia then goes on a date with Duke, who is also developing feelings for Viola, to make "Sebastian" jealous. Get it? Actually, just watch the movie via YouTube Movies, Google Play, Amazon Prime, iTunes or Hulu. 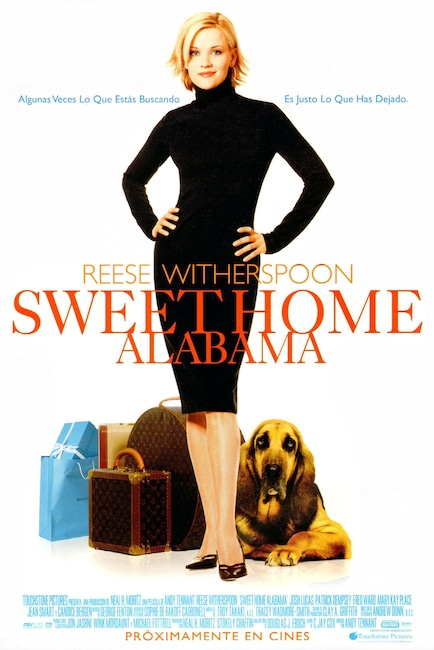 When New York fashion designer (Reese Witherspoon) gets engaged to her rich fiancé (Patrick Dempsey) she has to return to her home state of Alabama to finalize her divorce from her estranged husband (Josh Lucas). But things take a turn once she's reminded of her Southern roots—and her first love. Watch it via YouTube Movies, Amazon Prime, iTunes or Google Play. 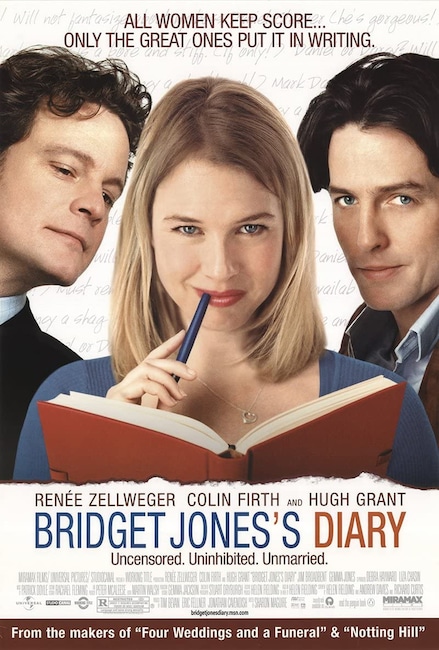 Renée Zellweger received an Oscar nomination for her hilarious portrayal of Bridget Jones, a woman who is determined to "get a grip" on her life and documents her progress in a diary. From giving up smoking to finding Mr. Right, she chronicles it all. But does she choose her attractive boss (Hugh Grant) or her childhood acquaintance (Colin Firth) who, despite their rocky start, reveals he likes her just as she is? Watch via YouTube Movies, iTunes, Google Play, Amazon Prime or Hulu. 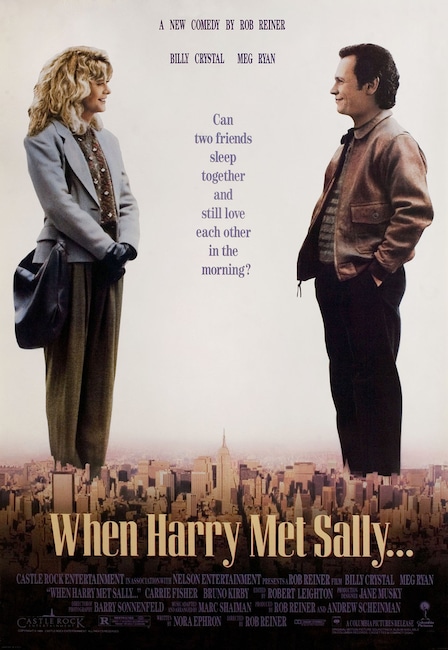 This is one of the most iconic rom-coms. It has Billy Crystal, Meg Ryan and that famous Katz Deli scene (you know the one: "I'll have what she's having.") The two have a number of run-ins over the years and examine whether they can really be "just friends." Watch it via Hulu, Amazon Prime, YouTube Movies, Google Play or iTunes. 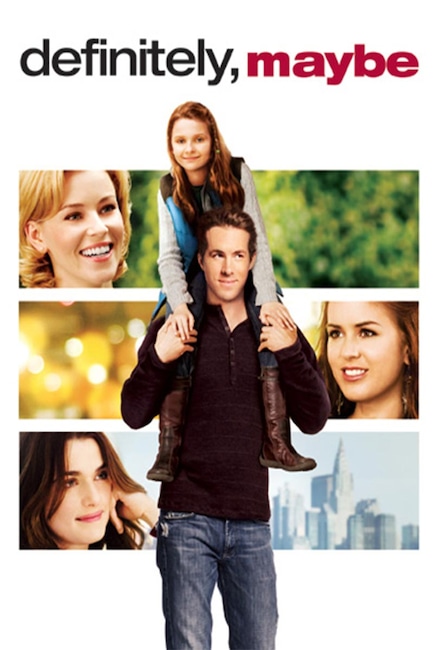 Will this movie capture your heart? Definitely, maybe. In the film, Ryan Reynolds' character, who is going through a divorce, tells his daughter the story of how he met her mother. As he recounts their relationship—and those before their marriage—he changes the names and details, making it a bit of a mystery. Will you be able to put the pieces together and figure out who captured (and maybe still has) his heart? Watch it via Hulu, Amazon Prime, Google Play, YouTube Movies or iTunes. 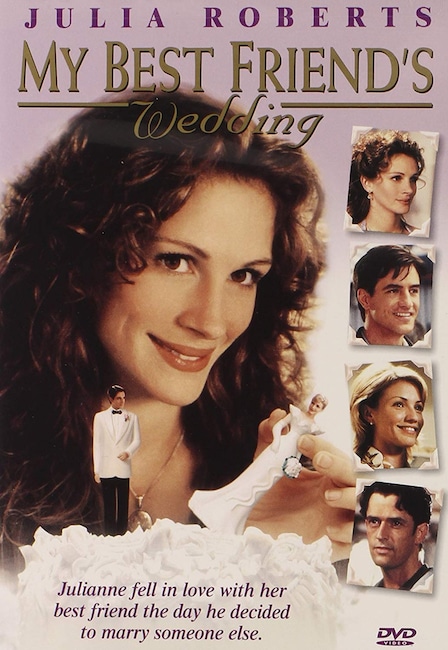 Have you ever fallen in love with a best friend? Then this movie is for you. After Julia Roberts' character learns her longtime pal (Dermot Mulroney) is engaged to another woman (Cameron Diaz), she realizes she's in love with him and sets out to break up the wedding. Watch it via Amazon Prime, YouTube Movies, Google Play, iTunes or Hulu. 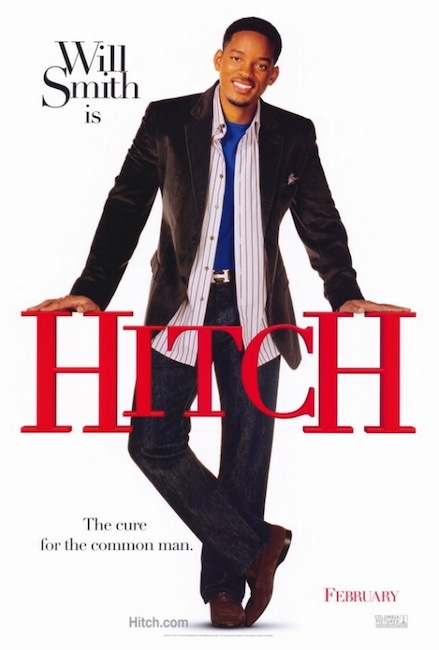 Will Smith plays a smooth "date doctor" who helps guys, including Kevin James' character, up their game. But what happens when the expert falls head over heels for someone (Eva Mendes) and can't follow his own rules? Watch it via Netflix, Amazon Prime, YouTube Movies, Google Play or iTunes. 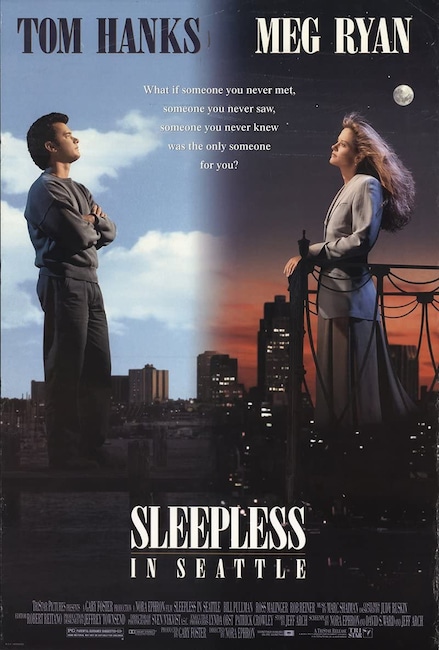 After Tom Hanks' character loses his wife, his son calls into a radio show and convinces his dad to talk about how much he misses his late spouse. One touched listener from across the country, Meg Ryan's character, decides to write a letter to Hanks' character and invite him to meet her at the top of the Empire State Building on Valentine's Day—even though she's already engaged to another man. While the son urges his dad to take the plunge, Hanks' character is reluctant. Will they ever meet? Will it be true love? Fans will just have to watch the movie via Amazon Prime, YouTube Movies, Google Play or iTunes to find out. 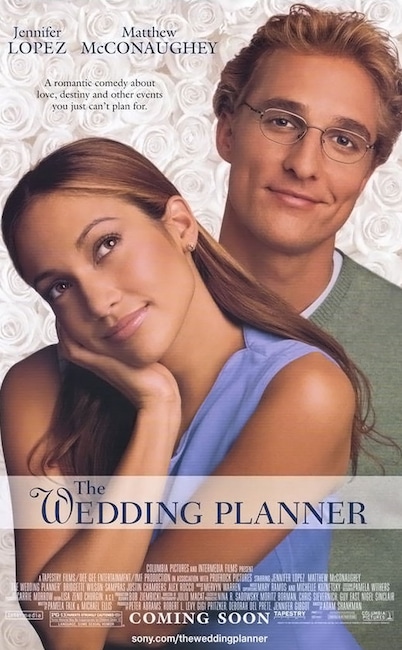 In this movie, a wedding planner (Jennifer Lopez) gets so caught up in organizing other people's love lives that she forgets about her own. So when she meets a cute doctor (Matthew McConaughey), she feels like her luck is changing. There's just one problem: He's the groom in a major wedding she's planning. You can stream it on Amazon Prime, YouTube Movies, Google Play, iTunes or Hulu. You can also watch it on E! this weekend. It's airing Friday, Mar. 20 at 7:00 p.m. and Saturday, Mar. 21 at 4:30 p.m. 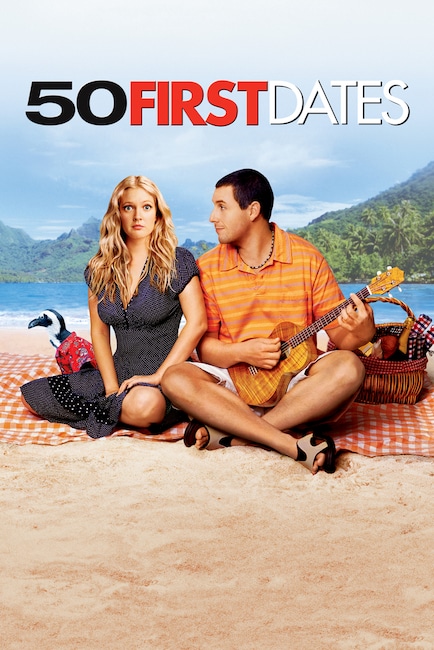 Watching Adam Sandler make Drew Barrymore, who suffers from short-term memory loss in this movie, fall in love with him day after day will make you fall in love with this dynamic duo even more. Watch it on Amazon Prime, YouTube Movies, iTunes, Google Play or Hulu. 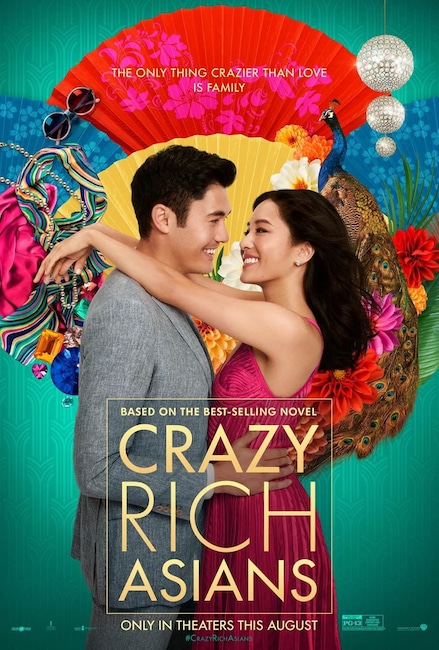 Meeting a significant other's family can be intimidating, and this movie takes it to a whole new level. After a professor (Constance Wu) travels to Singapore to meet her boyfriend's (Henry Golding) relatives and attend his friend's wedding, she learns that the family is super wealthy. However, not everyone is excited to meet her, especially her boyfriend's judgmental mother (Michelle Yeoh). Luckily, she has the support of her hilarious friend (Awkwafina). Watch it via YouTube Movies, Google Play, Amazon Prime or Hulu. 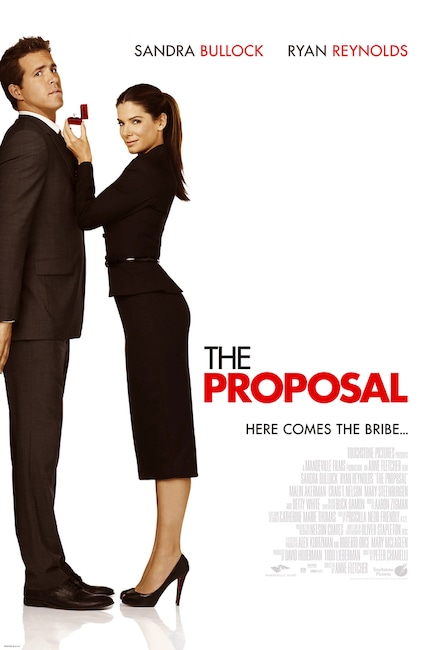 Ryan Reynolds? Sandra Bullock? Need we say more? After a Canadian boss (Bullock) learns her visa application has been denied and she's now facing deportation from the U.S., she forces her assistant (Reynolds) to marry her. But as she carries on the charade and meets his family, real feelings start to develop. Watch it via YouTube Movies, Amazon Prime, iTunes and Google Play. 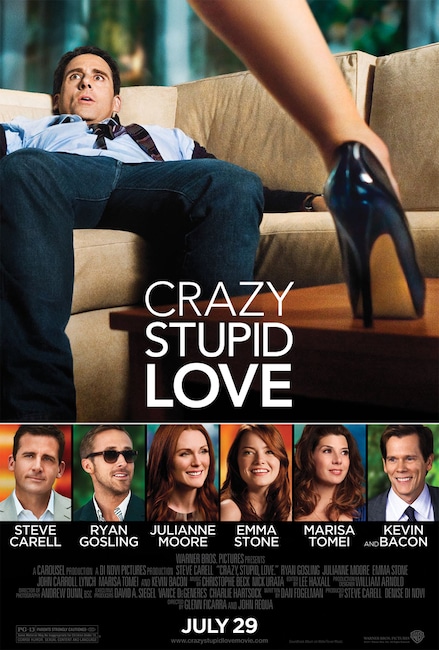 After Cal (Steve Carell) is told by his wife Emily (Julianne Moore) that she wants a divorce, he gets a little advice from "ladies' man" Jacob (Ryan Gosling) on how to "take control of [his] manhood." However, things take a turn once Jacob starts falling in love with Cal's daughter (Emma Stone). Watch via YouTube Movies, Amazon Prime, Google Play, iTunes or Hulu. 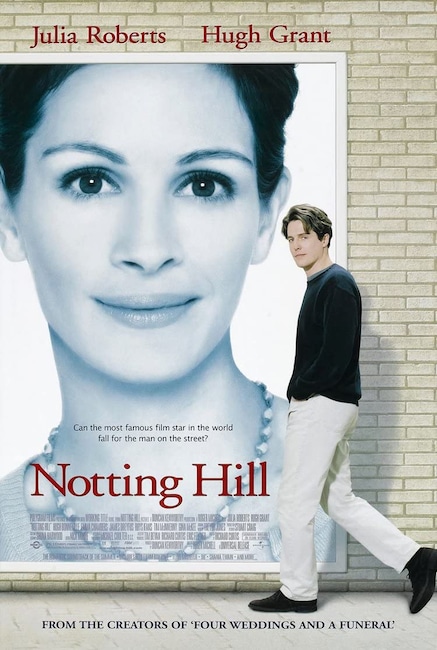 "I'm just a girl standing in front of a boy, asking him to love her." If you haven't heard this line, then you likely haven't seen Notting Hill. The movie is about a famous American actress named Anna (played by Julia Roberts) who meets and falls for a British bookstore owner named William (played by Hugh Grant) in London. Despite their connection, the two face a number of challenges, including living completely different lives and being hounded by the paparazzi. To see if their love prevails, watch the flick via YouTube Movies, Amazon Prime, Google Play, iTunes or Hulu. 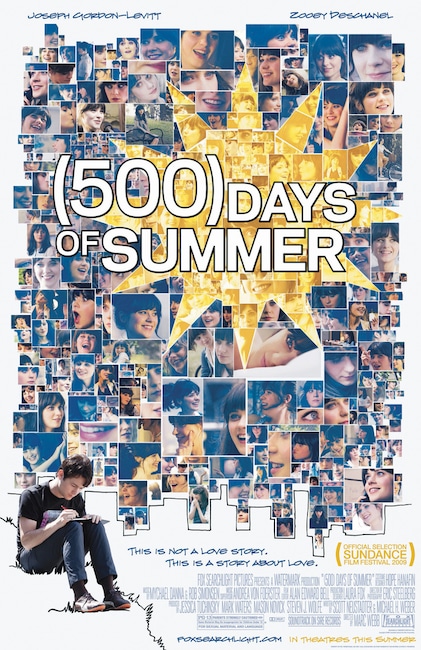 Want an alternative romantic comedy that's not super sappy? (500) Days of Summer takes a more realistic approach to relationships, looking at what happens when they do work out and when they don't. It stars Joseph-Gordon-Levitt and Zooey Deschanel and can be seen on YouTube Movies, Google Play, Amazon Prime or iTunes. 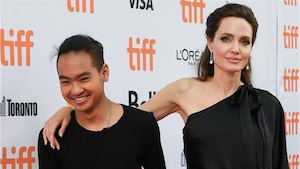 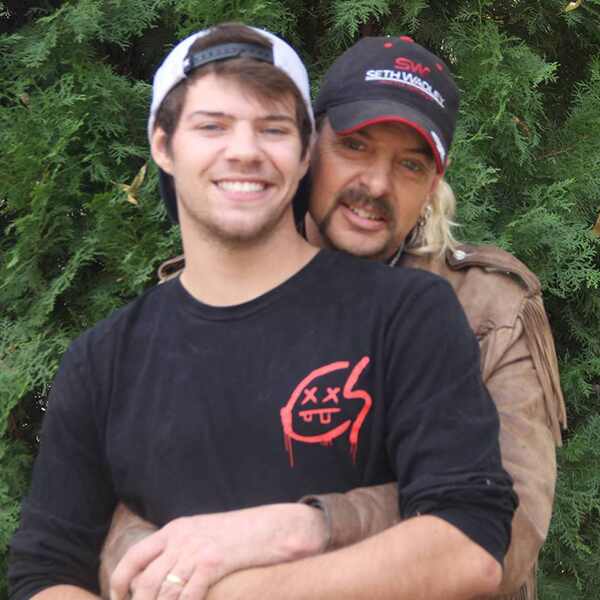 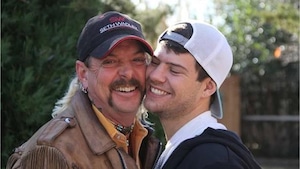 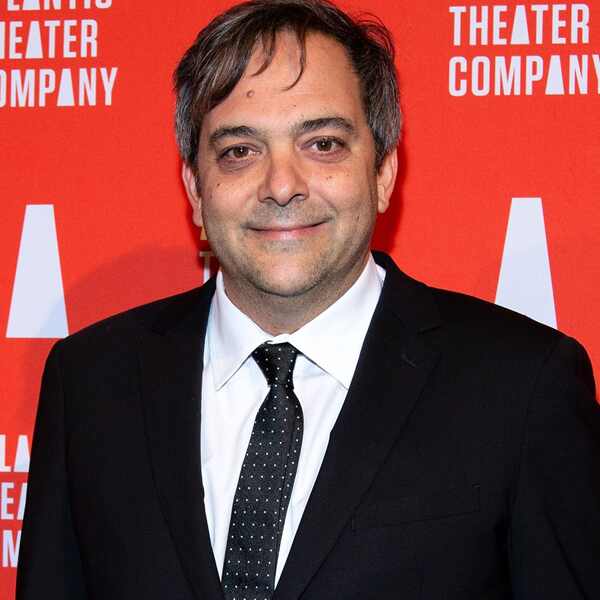 Fountains of Wayne's Adam Schlesinger Dead at 52 From Coronavirus