Where does Raquel Leviss' loyalty lie?

As Lisa Vanderpump's newest SURver, Raquel is finally at home among the Vanderpump Rules gang. However, as documented in Tuesday night's all-new episode, Raquel risked her place at SUR after ditching work to support boyfriend DJ James Kennedy's set at TomTom's Pride celebration.

However, Raquel never intended to miss her shift at the West Hollywood hot spot. In fact, the beauty queen turned reality star started her day by joining Lisa and the other staffers in the Pride parade.

So, how exactly did Raquel get led astray? Well, a very angry phone call from the "White Kanye West" may've had something to do with it.

"It's a big moment for me. It's Pride, it's TomTom and I'm back," the Los Angeles-based DJ explained in a confessional. "I want to do a great job and I want Raquel to see that."

For fans of Vanderpump Rules, you'll recall that James' history working for Lisa has been quite rocky. Although James has been hired and fired multiple times, he was most recently terminated for drunkenly body-shaming co-star Katie Maloney-Schwartz.

So, it's safe to say that tensions were running high at the Pride event.

In typical James fashion, the 28-year-old musician got heated after he noticed that Raquel was M.I.A. during his set.

"Hey! Go f--k yourself. How dare you miss my whole set?" James screamed at Raquel on the phone. "What the f--k is wrong with you?"

"I didn't have any service," Raquel defended. "I've been in the parade…I didn't know when your set was. You didn't tell me. I asked so many times."

Once more, Raquel clarified that she didn't miss the set on purpose as she was with Lisa in the parade. This wasn't enough of an excuse for James, who declared the situation, "bulls--t!"

"When James called me, I was obviously really upset because he wasn't even hearing me out," Raquel stated later on. "But, I don't want to upset him because he does explode at times."

Surprisingly, the pageant veteran rushed to be by her boyfriend's side at TomTom, neglecting her SURver duties.

"I love you. I was just upset because you missed my set and you're the one person I wanted to impress," James said after calming down.

"Aww, you do impress me. Every day you impress me," Raquel responded. 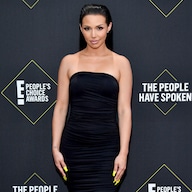 Although Raquel had put out the fire with James, there was one brewing over at SUR as the managers began to notice her absence.

"Where were you? We're missing servers. We had you on the schedule," manager Peter Madrigal expressed during a sit down. "Why didn't you show up?"

While Raquel defended she simply lost track of time, Peter reminded her that she was in the parade with him. Thus, her absence was unacceptable.

"I feel really, really bad about missing the shift. I really do," the SUR newbie further defended. "I ran over to TomTom to see James finish up his set. He called me, he was super upset that I missed his set."

"You're obligated to me while you're here, not your boyfriend," Peter retorted. "You have to figure out where your priorities are in relation to your boyfriend or your job."

What's more important: love or work? Be sure to let us know! 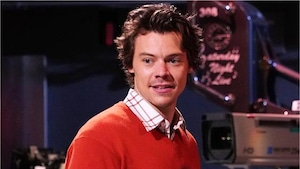