The 9 Biggest Jaw-Droppers at the 2020 Oscars 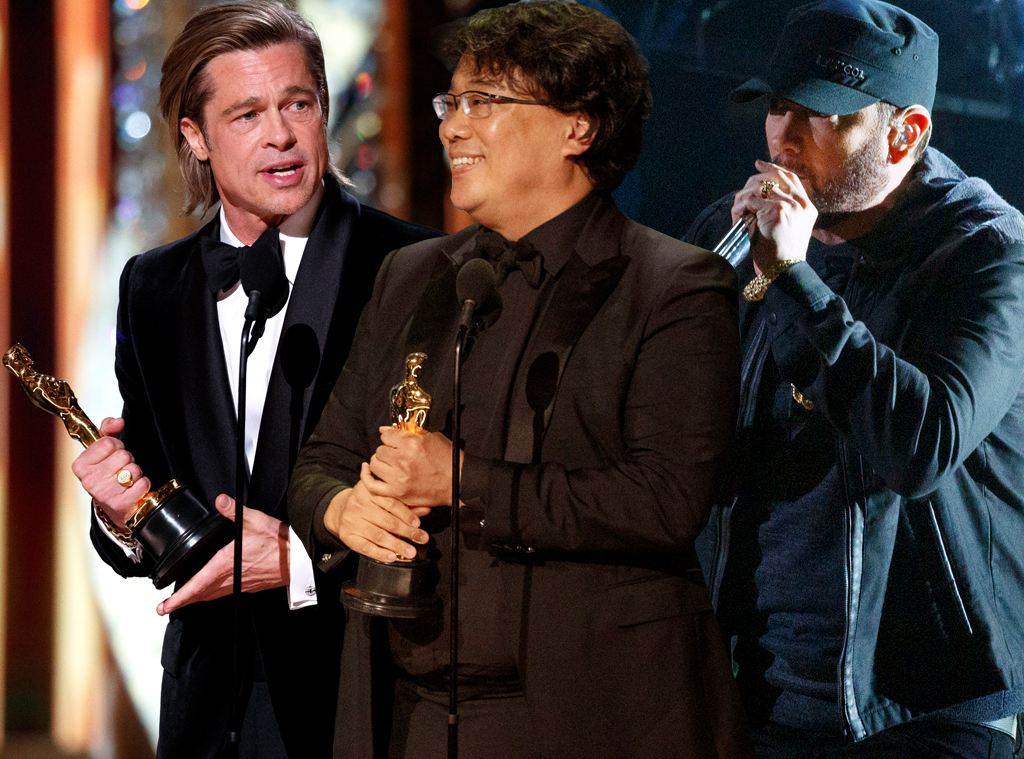 It was a rainy night in La La Land, but the stars came out just the same.

With the acting races as set in stone as possible, some bets were sure things heading into the 2020 Oscars at the Dolby Theater in Hollywood. But other categories remained up in the air, because even though the Producers and Directors Guilds had spoken and the ballots had been tallied, and the little winners cards had been locked into those apocalypse-proof suitcases in preparation for the big night, there seemed to be a shift in the emotional wind as the 92nd Academy Awards drew closer.

And it indeed turned out that anyone who thought there was no suspense left for Oscar night—especially after the Academy fielded yet another list of nominees that many found, er...lacking in representation—was happily proved mistaken.

Really, a shocking last-minute twist couldn't have been more appropriate in this case. 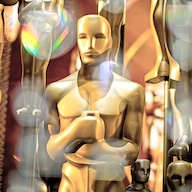 That's what the South Korean filmmaker assured audiences he'd be doing after Parasite, his genre-defying satire about class inequity and ragged societal divisions hiding in plain sight, made history with its win for Best International Feature Film, becoming the first movie from Korea to win the award (and sort of the first movie ever, since the Academy just changed the category name from the less worldly Best Foreign Language Film, a switch Bong applauded).

And when Bong won Best Director, he once again said he would "drink until morning, thank you," after his tireless interpreter and familiar face this awards season, Sharon Choi, had helped communicate the rest of his gratitude, including his reverence for fellow nominee Martin Scorsese, who was bowled over by the impromptu standing ovation for him as well.

So we can only imagine the debauchery taking place after Parasite pulled off the upset of upsets and defied historical precedent to become the first non-English-speaking film to be named Best Picture. 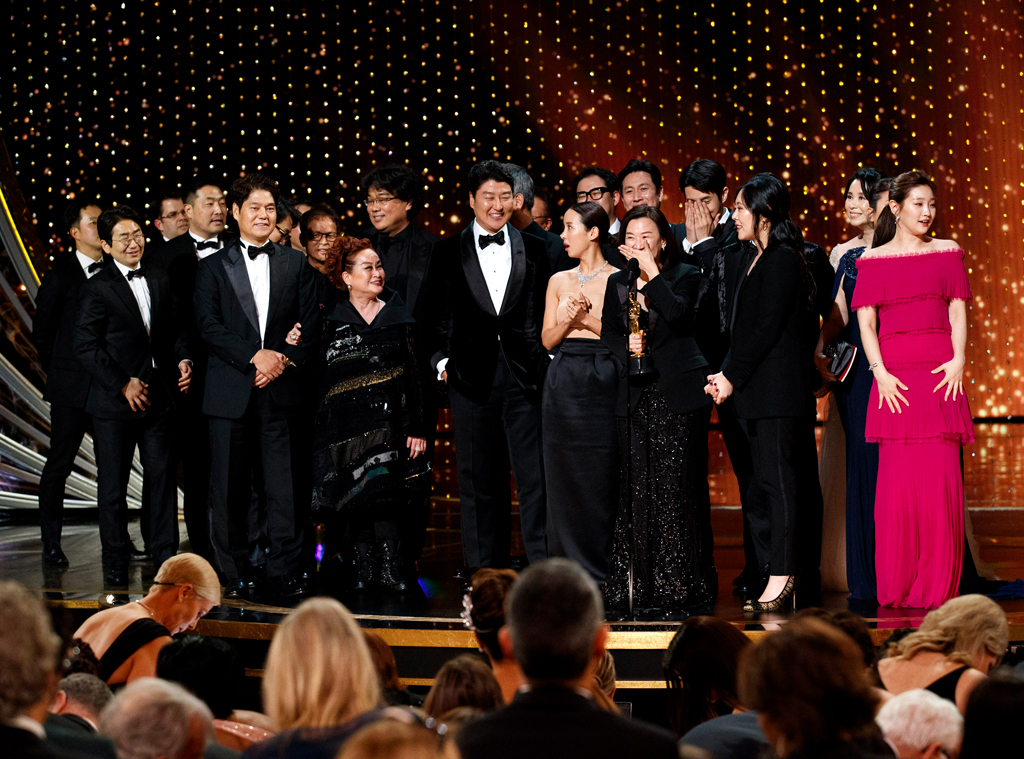 It's almost an afterthought that the night started for the Parasite cast and crew—all of whom were there, and all of whom Bong made sure got their own rounds of applause—with Bong and Jin Won Han sharing the Oscar for Best Original Screenplay, an upset for anyone who penciled in Quentin Tarantino to win his third Oscar in the category. 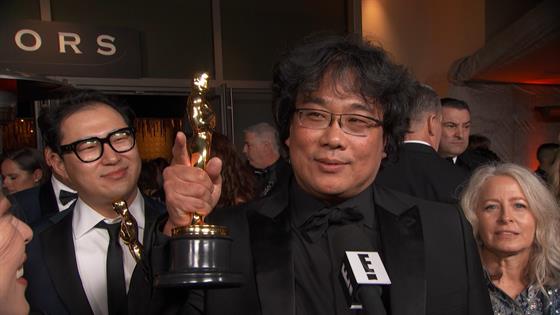 And so that's the story of how Parasite won a leading four Oscars in 2020.

The only problem with Bong going up on stage so many times was that he couldn't simultaneously film the big moments, as he has lovingly done any time another member of his filmmaking family got their due. 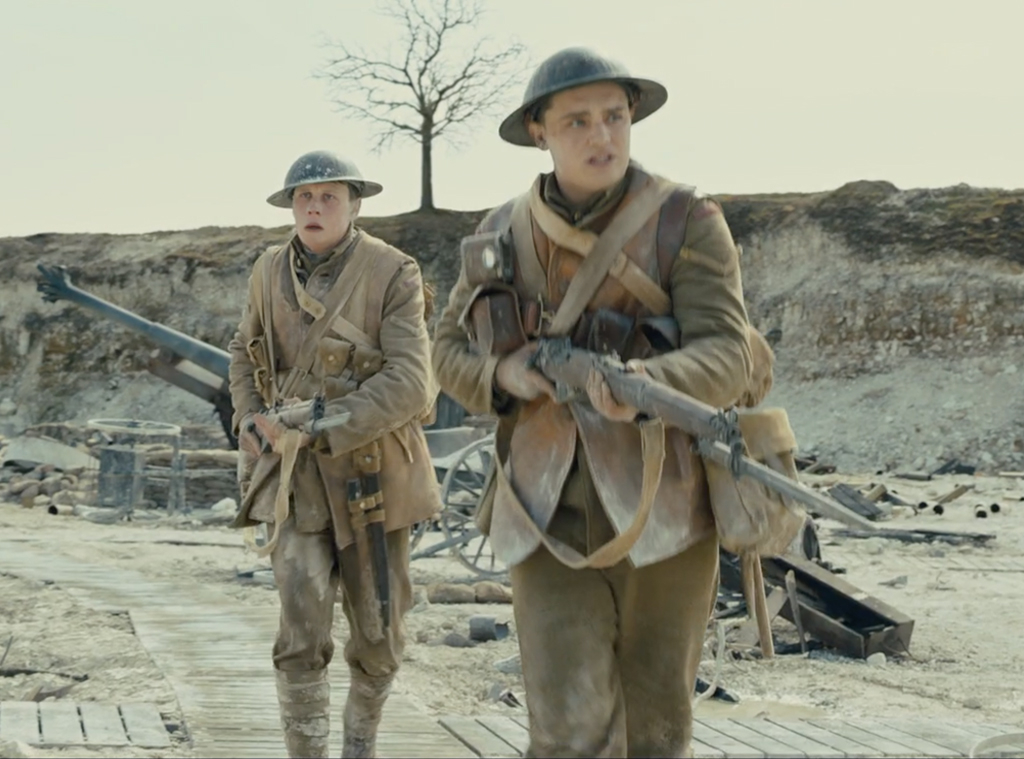 2. War, What Is It Good For: Not as much as people thought, surprisingly. Sam Mendes' 1917, inspired by stories his World War I vet grandfather Alfred Mendes shared with him, took on the herculean task of portraying the so-called "Great War" from another angle—and what an angle!

While the PGA and DGA had seemingly cleared the last hurdles for the film and Mendes to win Best Picture and Best Director, Parasite ultimately took up residence in Academy voters' hearts and minds. 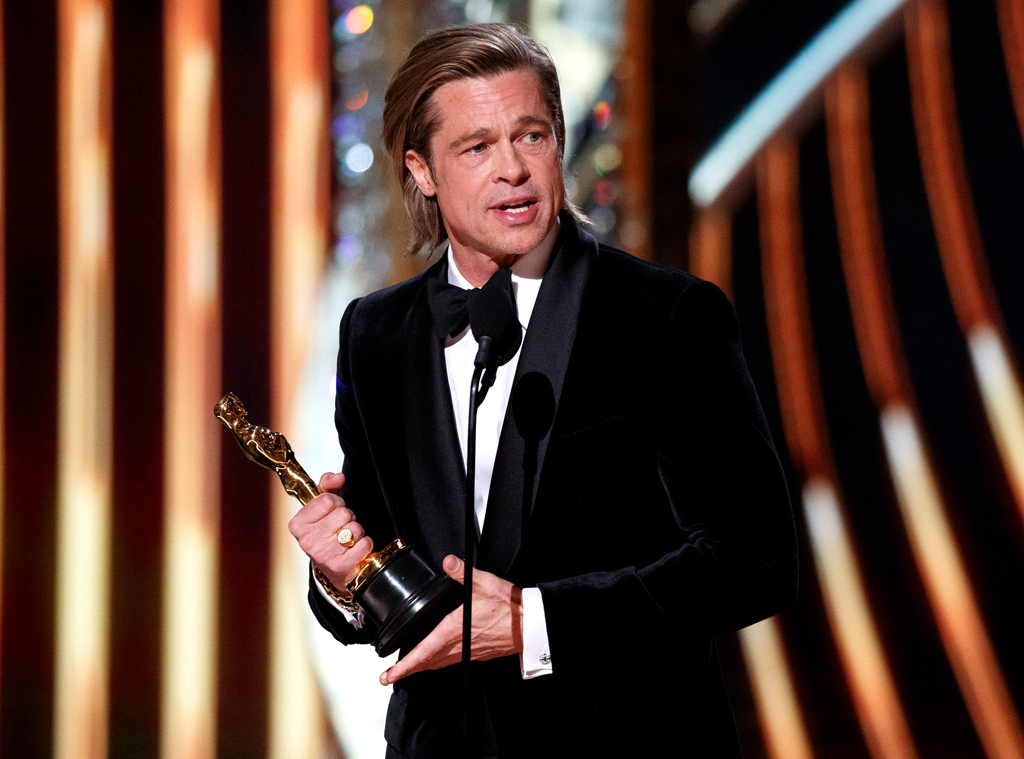 3. Fairy Tale Ending: After three previous nominations went unfulfilled, Brad Pitthas won an Oscar for acting, at last. It was expected, his Best Supporting Actor win for Once Upon a Time...in Hollywood to go along with that Best Picture win for 12 Years a Slave from ([checks notes] um, how can this be?) six years ago already... but it's such a deserved honor for a part masterfully played.

In a bit of a surprise, though, after charming the collective pants off of every audience in previous speeches with his self-deprecating jokes about his Tinder profile and supposed ineptitude at relationships, this time he went political, quipping that the 45 seconds allotted for his speech was "more than the Senate gave John Bolton this week," a dig at the impeachment proceedings that, like Brad's last Oscar win, already feel so, so long ago.

Who knows how that played back in his home state of Missouri, but the Hollywood crowd was loving it. 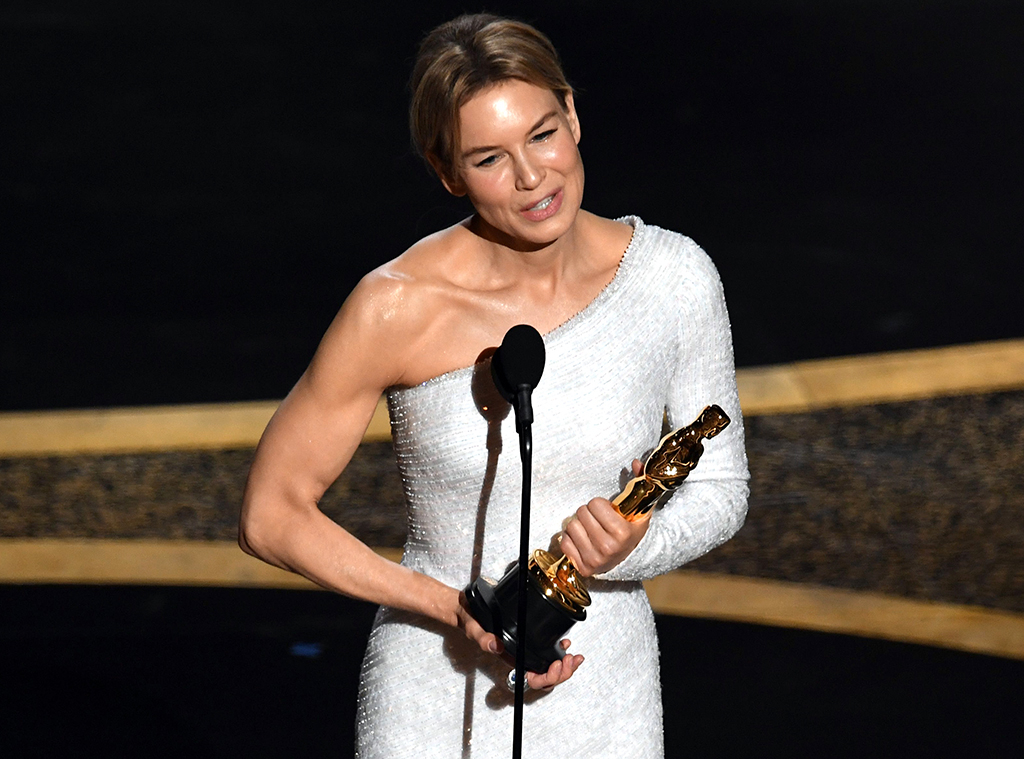 4. A Star Returns: It's quality, not quantity, for Renée Zellweger, who after making only a few films over the past decade won her second Oscar—16 years after her first, and with the same manager, John Carrabino, by her side—for her full-throttle portrayal of Judy Garlandin Judy, which takes place in the iconic entertainer's final months before she died of a barbiturate overdose at 47 in 1969.

"I am certain that this moment is an extension of the celebration of her legacy that began on our film set, and is also representative of the fact that her legacy of unique exceptionalism and inclusivity and generosity of spirit, it transcends any one artistic achievement," Zellweger, who had to follow Best Actor winner Joaquin Phoenix's epic plea for folks to find their shared humanity before its too late, continued, proceeding with her own message about tolerance and acceptance.

"Ms. Garland, you are certainly among the heroes who unite and define us, and this is certainly for you," she concluded.

5. Get It, Go!: If all the Elsas from around the world—including the one, the only, the phonetically pronounced Idina Menzel—coming together to sing "Into the Unknown" from Frozen 2 didn't melt a few frigid hearts out there...well, at least we know climate change will do the job eventually. 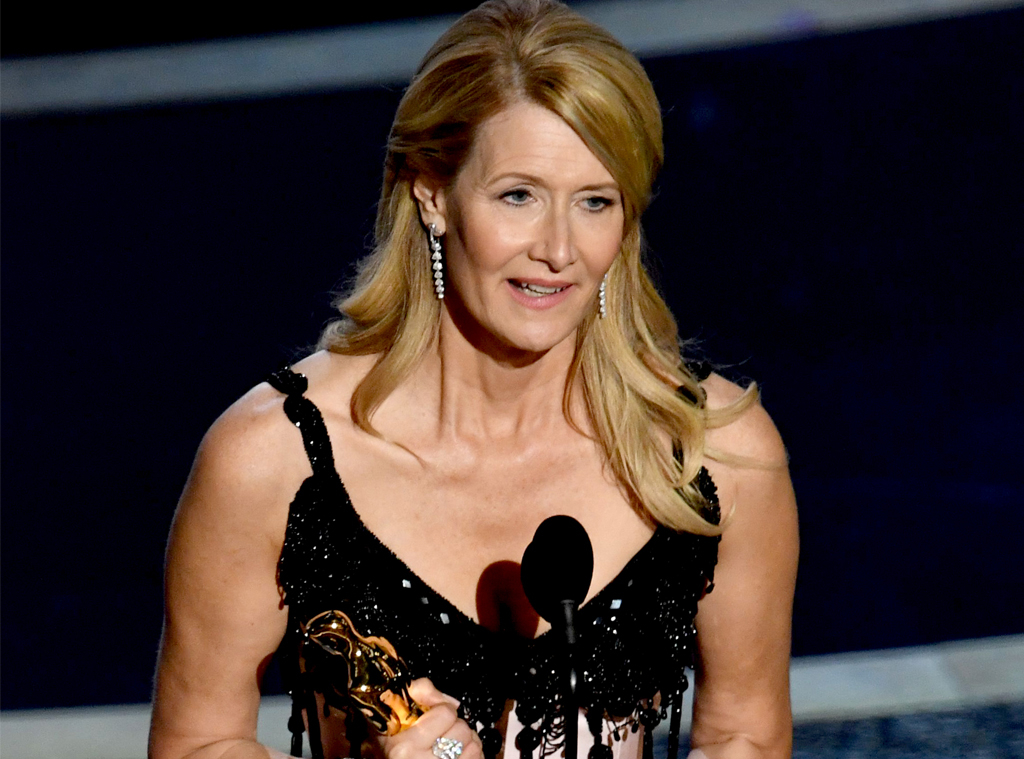 6. Parent Story: Laura Dern made Noah Baumbach tear up as she accepted her Oscar for Best Supporting Actress, the sole win for Marriage Story tonight.

"You know, some say 'never meet your heroes,' but I say, if you are really blessed, you get them as your parents," the three-time nominee, who was bitten by the acting bug at 6 and is turning 53 on Monday, said. "I share this with my acting heroes, my legends, Diane Ladd and Bruce Dern. You got game. I love you. Thank you all for this gift. This is the best birthday present ever. I love you. I love my friends. You lift me up every day."

Every time a director cries, a respected star has thanked her parents. 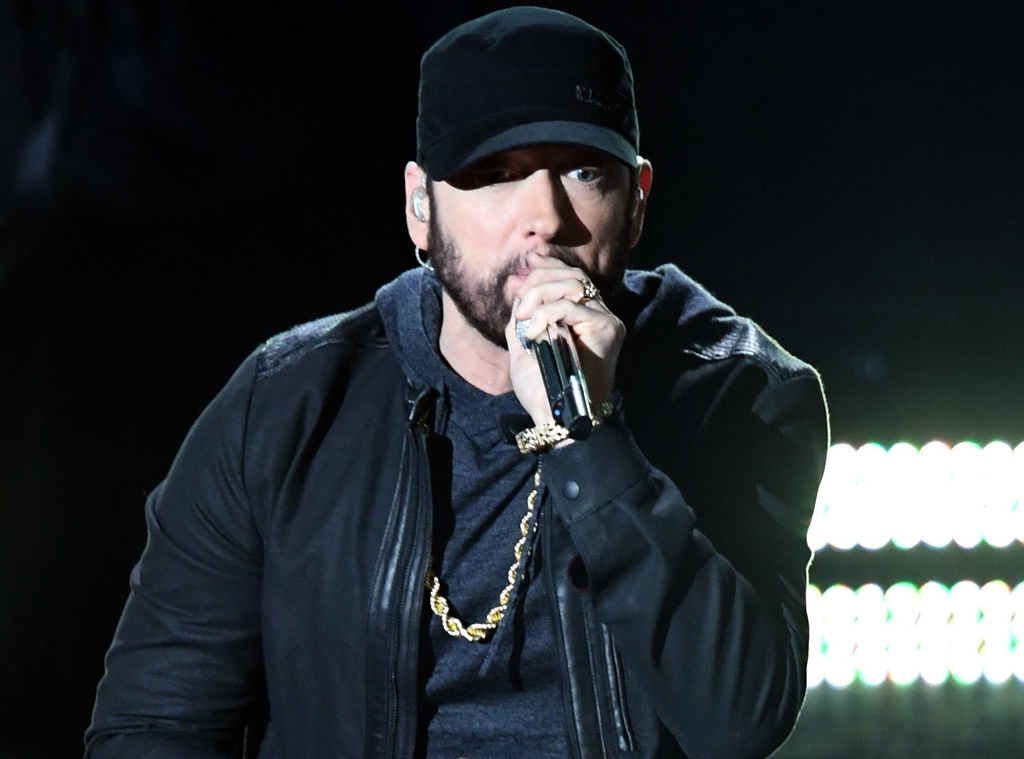 7. Another Shot: Seventeen years after "Lose Yourself" won the Oscar for Best Original Song, a now 47-year-old Eminemshowed up to perform his smash-hit track from 8 Mile, having skipped the ceremony back in 2003. Initial reactions ranged from bewildered to tickled as the realization of what was unfolding dawned on the audience, which gave the famously churlish rapper—who seems more interested in uniting than dividing these days—a standing ovation.

Proof that if you do miss your chance to blow once, you better make damn sure you don't miss it twice.

Coincidentally, Elton John—who Eminem so memorably shared a Grammys stage with in 2001—won his second Oscar tonight, Best Original Song for "(I'm Gonna) Love Me Again" from Rocketman, 25 years after he was a winner for "Can You Feel the Love Tonight" from The Lion King. 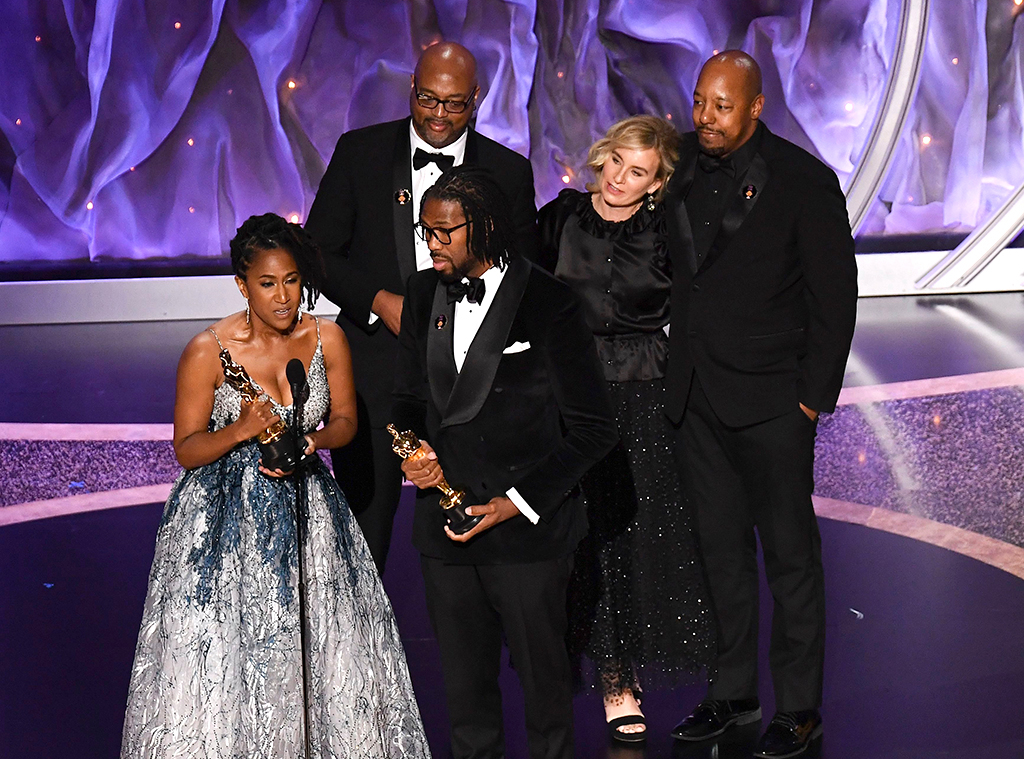 8. All-Star Game: Two years after Kobe Bryantbecame the first former athlete to be nominated in the category and the first African-American to win an Oscar for Best Animated Short, Matthew A. Cherry—who retired from the NFL to pursue filmmaking and planted the financial seed for his vision with Kickstarter—was a winner tonight along with co-producer Karen Rupert Toliver for Hair Love, about a dad who needs to step up and do his little girl's hair while mom's away.

The short film attracted more attention when associate producer Gabrielle Unioninvited DeAndre Arnold, a Texas high school student who was suspended after he was told he wouldn't be able to walk in his graduation ceremony with the rest of his classmates unless he cut off his dreadlocks, to join the Hair Love crew at the Oscars. (Celebrity proponents of Arnold being able to return to school and participate in the ceremony with his hairstyle intact include Alicia Keys and Ellen DeGeneres, who had him on her show and presented him with $20,000 in scholarship money. School officials have said that this has nothing to do with anything other than a decades-long school policy regarding male students' hair length they have no plans to scrap.) 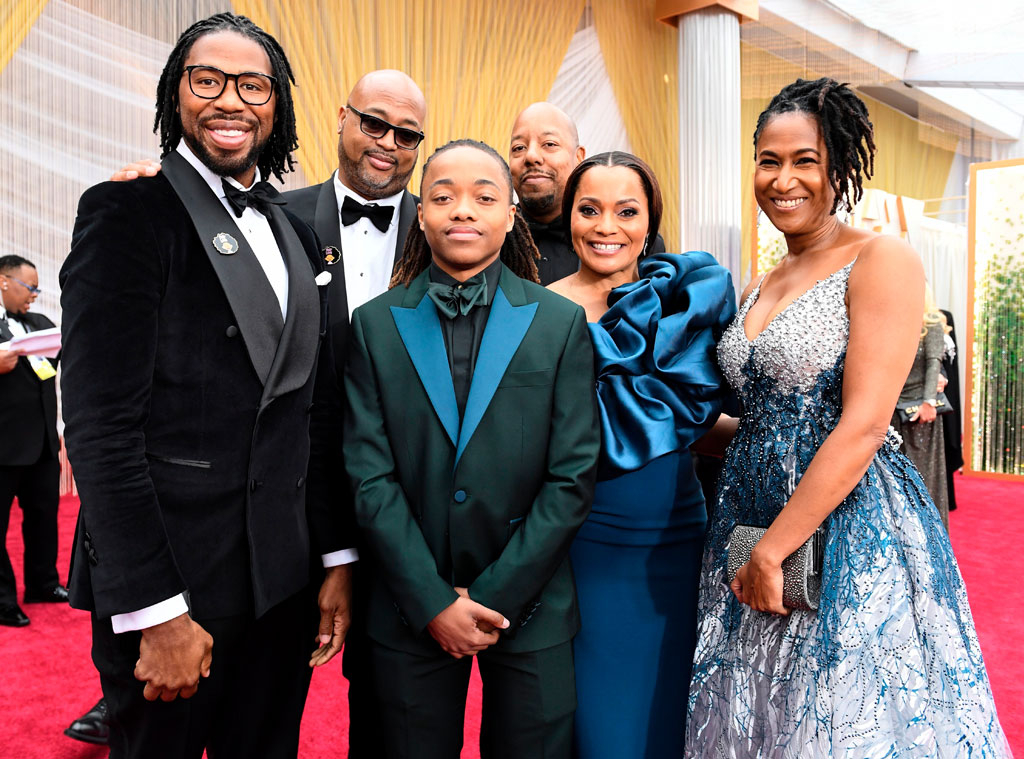 "[It] was a labor of love, and that's because we have a firm belief that representation matters deeply," Toliver said on stage, "especially in cartoons. Because in cartoons, that's when we first see our movies and that's how we shape our lives, and think about how we see the world."

"We have a big team we have to thank but time is running short," Cherry said, "so I just want to say that Hair Love was done because we wanted to see more representation in animation, we wanted to normalize black hair—there's a very important issue that's out there, the CROWN Act (passed so far in California, it stands for Create a Respectful and Open Workplace for Natural Hair), and if we can help to get this passed in all 50 states, it'll help stories like DeAndre Arnold's, who's our special guest tonight, stop to happen."

And then, naturally, Cherry paid tribute to the man who was standing on that stage not very long ago at all, but who shockingly died two weeks ago in a helicopter crash along with his 13-year-old daughter Gianna and seven others.

"This award is dedicated to Kobe Bryant," he concluded. "May we all have a second act as great as his was." 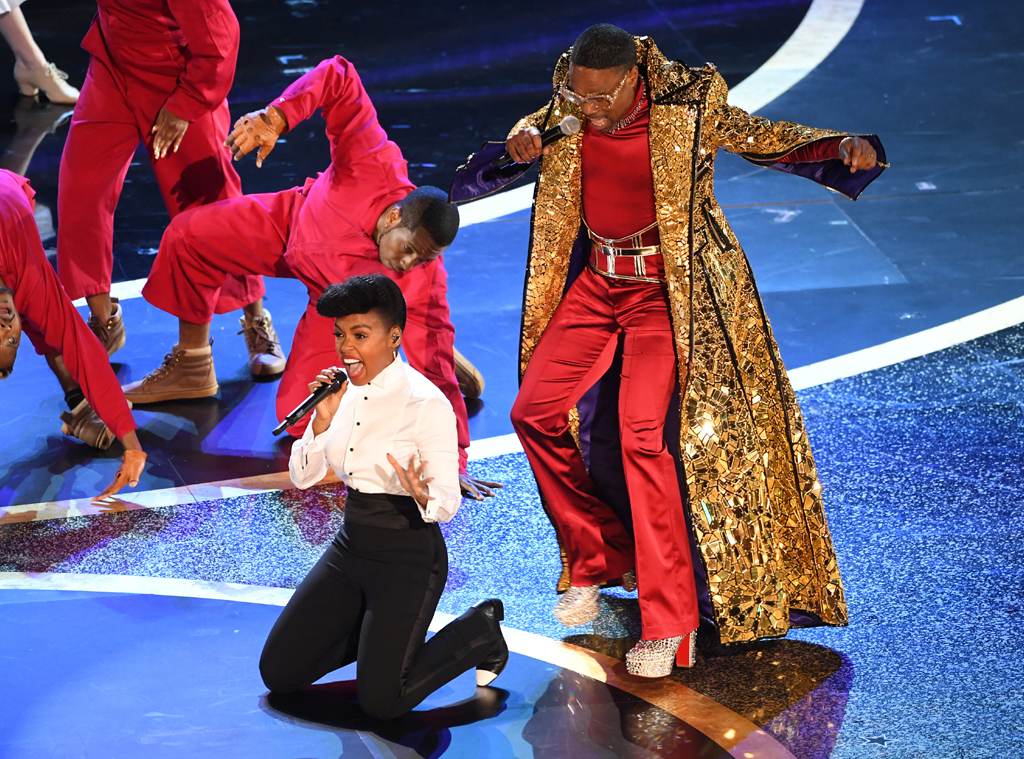 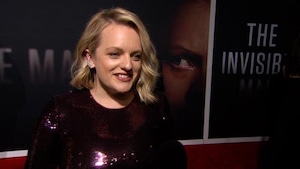 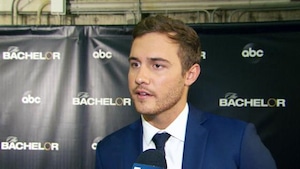 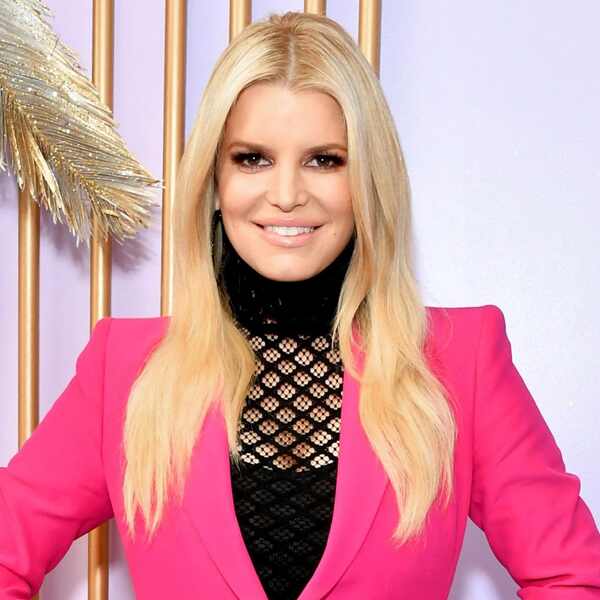 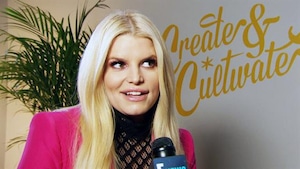 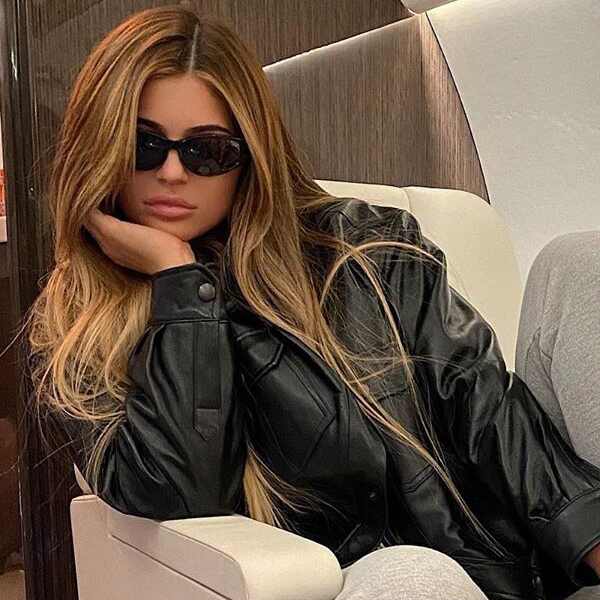 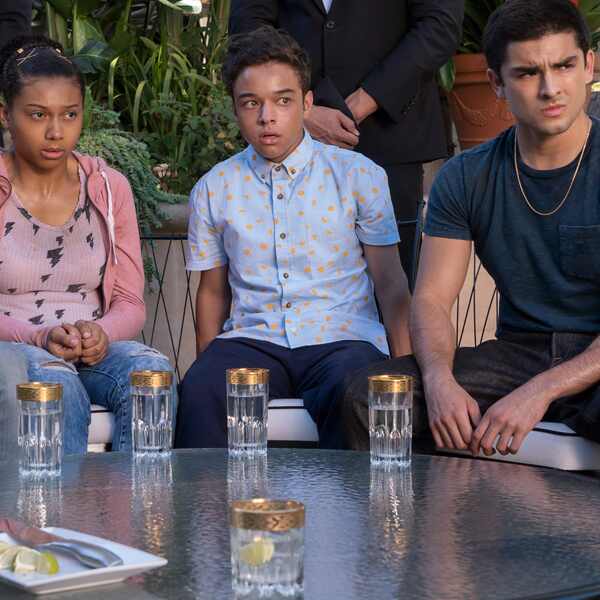