Inside the Renovated L.A. Home Shonda Rhimes Once Called "Ugly" 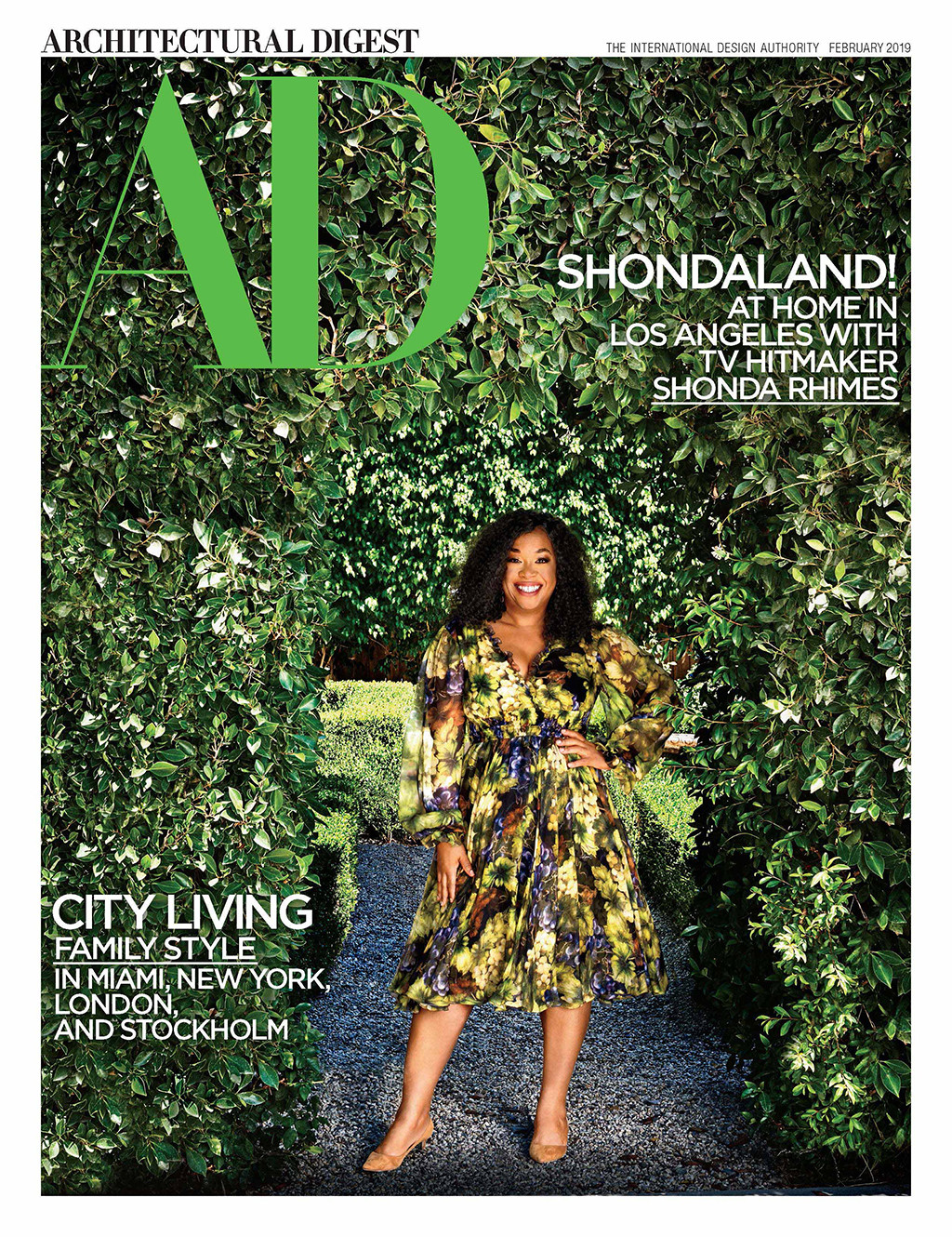 When Shonda Rhimes bought her L.A. home from Patricia Heaton for $8.8 million in 2014, the TV titan hated what she saw. And yet, she had to have it. "My first thought was that it was ugly. And wrong. The house was ugly and wrong," Rhimes writes in Architectural Digest's February issue (on newsstands now). "Six years ago, standing on the curb, a baby on each hip, a 10-year-old by my side, in the shade of a for sale sign, all I could think was, 'What an ugly, wrong house.'"

Though it looked like "pea soup," the 8,400-square-foot "behemoth" featured six bedrooms and six bathrooms, plus a pool. "The front had a Santa Barbara mission façade, complete with hulking dark-wood balconies. The back was light, distinctly Italian with ornate archways and carved stone," the Grey's Anatomy creator recalls. "It was as if the powers that be had, on a whim, sliced two different homes down the middle and glued opposing halves together. The result was too off-kilter to be considered quirky and too confusing to be deemed eccentric." 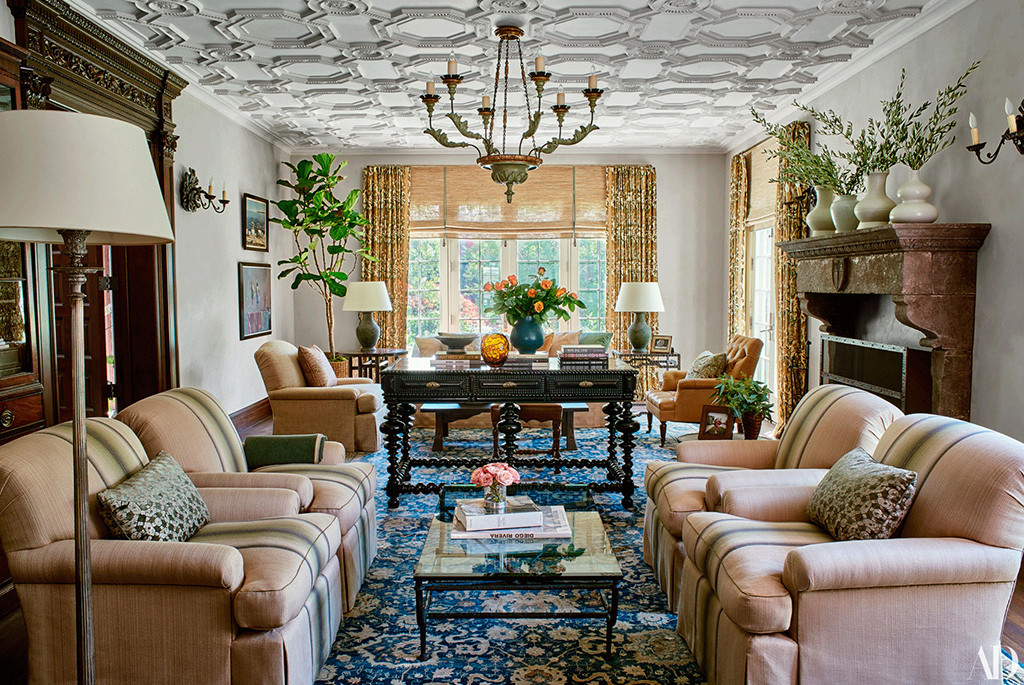 It was a lot to take in, and yet, Rhimes was intrigued by its many possibilities.

"Why would I want this wrong, ugly house?" she asks. Basically, it felt like a good story—one she had to tell. "That's my problem. I love a good story. I get seduced by story every time. So even though I was a busy single mother with three kids, four television shows and a company to run, and I should have known better, I didn't stop myself. I bought the house anyway," the showrunner says. "And then I simply decided to assume the story would have a happy ending." 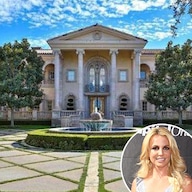 With so much on her plate, Rhimes brought in a team of experts to make her house a home. She turned to architect Bill Baldwin, of HartmanBaldwin, and designer Michael S. Smith, who decorated the Obama family's private quarters in the White House. "Bill found out that sometime in the 1950s or 1960s, an overenthusiastic homeowner had recklessly removed the home's original façade and replaced it with the out-of-sync one," she says, revealing they also learned Elmer Grey—"the famed architect of the Beverly Hills Hotel"—had built the home. With Smith as her guide, Rhimes returned the home's exterior to its original stone facade, replacing the wooden front door with a glass one and blowing out the roof of the first floor loggia to create more natural light, courtesy of two glass-and-iron doors that open onto a patio.

"I wanted to maintain what was original—the library, living room, front hall, and stairs—with some improvements," Rhimes adds. For example, after she discovered photos of the original living room and its coffered ceiling, Rhimes asked Smith to "painstakingly" re-create that look. 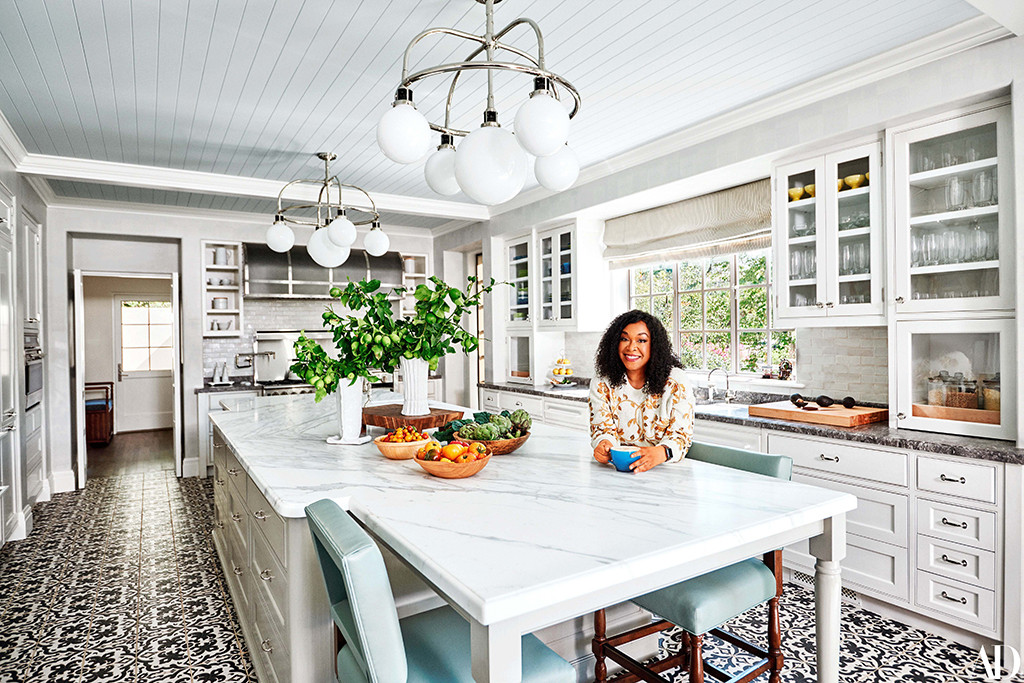 "Working with him was a truly collaborative experience. Despite my lack of time, I ended up being deeply involved in the process," Rhimes, who was born and raised in Illinois, says of working with Smith. "The home we've created feels classic California—if a little bit romantic."

Rhimes says she was "militant" about ensuring her home was child-friendly. "I very much wanted a home that not only felt like a home for real family life but functioned like one as well," she explains. "I thought, 'What is the point of a house my kids can't be themselves in?'"

Artwork by Phoebe Beasley and Hughie Lee-Smith now adorn Rhimes' walls, and her favorite books are spread all over. "I'm a big believer in books," she says. "You can never have too many." 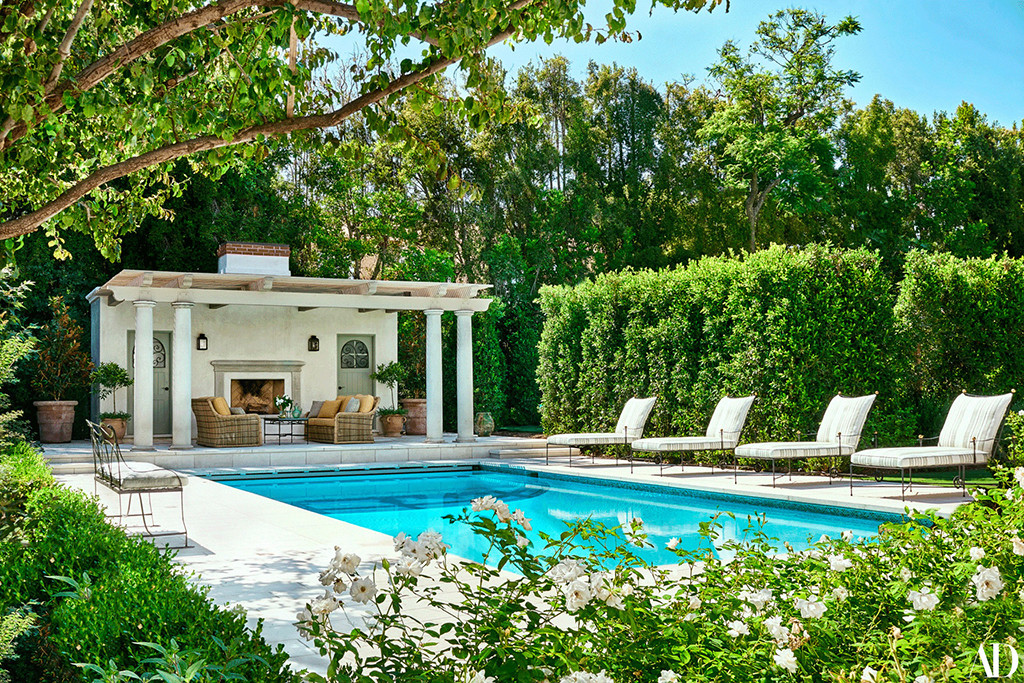 As anyone who's been through a home makeover can attest, this turned out to be a bigger project than Rhimes had anticipated. "Renovating a house in real life is not like it is on TV. On TV, the home renovation takes place during a clever 30-second montage while a Stevie Wonder song plays. The actor playing TV Shonda holds up swatches and nods, peers at tiles and nods, uses a sledgehammer on a wall and smiles...and never loses patience or the will to live," she writes. "That is not how a renovation works. This was no 30-second montage."

In the end, she was right. "This house tells good story," she says. "Or it will tell good story."

"My girls will grow up here, become women here. Life will happen here. Laughter will happen here. Love will live here. Wrong and ugly judgments have given way to a deep and lasting bond. I love this house. As hard as the house was to renovate, I love it here. We have been on a journey. Weaving our way into the story of this house has been the trip of a lifetime. This formerly wrong and ugly house and I, we are family now," she tells Architectural Digest. "We are home."