Jimmy Fallon to Donald Trump: "Why Are You Tweeting at Me?"

Jimmy Fallon had some choice words for President Donald Trump last night—and vice versa. On Sunday, Trump tweeted at Fallon, telling him to "be a man" after the host expressed regret for how he helped "humanize" the commander-in-chief during the presidential election in 2016. Fallon initially responded by making a donation to RAICES in Trump's name; the Texas-based non-profit helps immigrants and their children, primarily via free or low-cost legal services.

"Before we begin, I just wanna give a shout out to our show's number one fan, the President of the United States!" Fallon said. "As you may have heard, last night, the President of the United States went after me on Twitter. So, Melania, if you're watching, I don't think your anti-bullying campaign is working. When I saw that Trump insulted me on Twitter, I was gonna tweet back immediately, but I thought, 'I have more important things to do.' Then I thought, 'Wait! Shouldn't he have more important things to do?' He's the president! What are you doing? Why are you tweeting at me?" After sharing Trump's tweet with the audience, he said, "That's real. It's crazy. The president went after me on Twitter. It's pretty much the only thing I have in common with NFL players. In response, I made a donation in Trump's name to the Refugee and Immigrant Center for Education and Legal Services, or RAICES. When Trump heard, he was like, 'I love RAICES—they're my favorite peanut butter cup.' There's no wrong way to eat a RAICES." 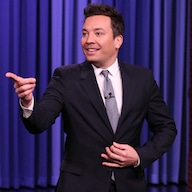 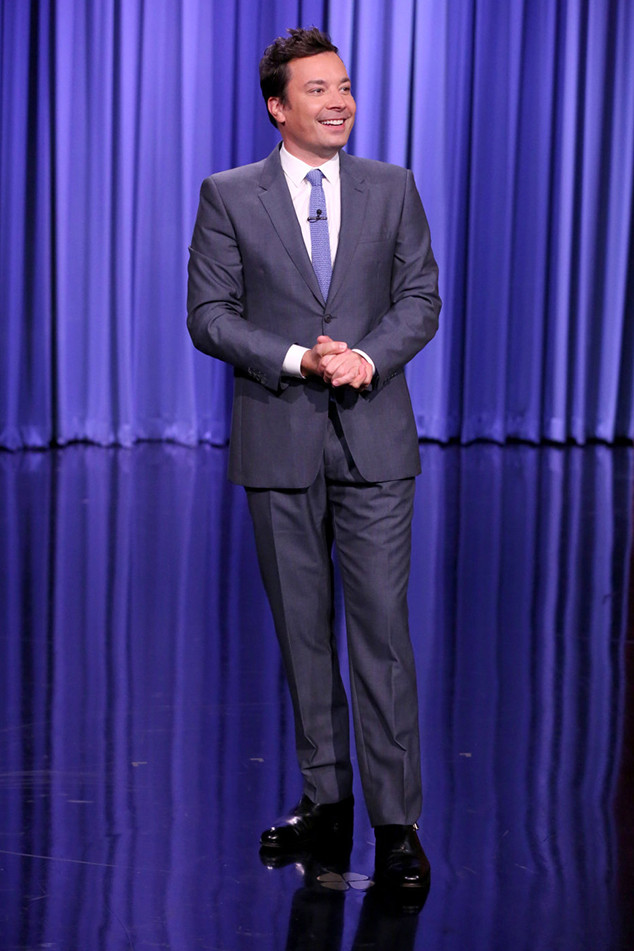 "Let's get to some real news here," Fallon continued. "A new poll found that 58 percent of Americans think President Trump is intelligent. In response, Trump was like, 'OK, what did the other 58 percent say?' And today at the White House, Trump met with the King and Queen of Jordan—which got awkward when Trump thanked the King of Jordan for giving us Michael."

Fallon further teased Trump in his monologue by mentioning how Red Hen kicked White House Press Secretary Sarah Huckabee Sanders out of its establishment over the weekend. After reading Trump's tweet about the restaurant, he joked, "If you've ever read a Yelp review and thought, 'Who's got the time to write this?' The answer is: The President of the United States." 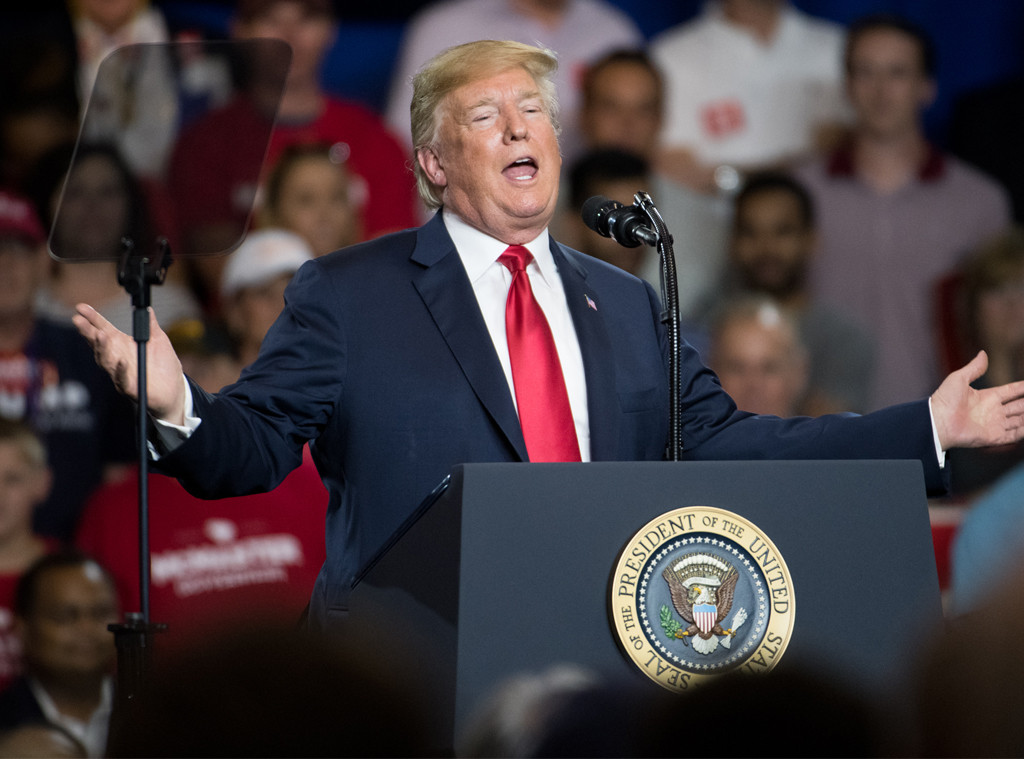 Trump, meanwhile, took more jabs at Fallon—and other late-night hosts—Monday night at a rally in Columbia, S.C. "He was so disappointed to find out [my hair] was real. He couldn't believe it," he said. "Well, that's one of the great things I got. So, Jimmy Fallon apologized. He apologized for humanizing me. Can you believe it? Poor guy, because now he's going to lose all of us." Reflecting on the backlash Fallon received after the episode aired in September 2016, he said, "Jimmy Fallon calls me up and he's like a nice guy. He's lost. He looks like a lost soul. But you know what? He's a nice guy. I agreed to do his show and I guess because I was running at that time, I think, he got tremendous ratings. He should be thankful. He shouldn't be upset or angry...I go on the show, you know? I agree. 'Do whatever you want with my hair. Go ahead, let's go.' And that was it! You walk off, what is it, two and half years later? He's all apologizing because he humanized me? And he really hurt himself." Trump then explained that Fallon had called him to thank him for his appearance, as it gave The Tonight Show "monster ratings." Annoyed, Trump continued, "I said to him today, on social media, 'Jimmy, be a man. Just relax.'"

But Fallon wasn't Trump's only target.

Referring to The Late Show's Stephen Colbert as a "low life" and "the guy on CBS," Trump complained, "I mean honestly, are these people funny? And I can laugh at myself. Frankly, if I couldn't, I'd be in big trouble. But there's no talent. They're not like talented people. Johnny Carson was talented. I mean this guy on CBS, has no talent. Jimmy Kimmel would meet me before the election...I go to his studio to do a shot, he would stand outside of the sidewalk waiting for me. 'Oh, here he comes Donald Trump.' He opens my door. I wasn't president. I was like a guy—a guy with potential." Today, he'd pass on Jimmy Kimmel Live!. "That guy's terrible."