Happy Birthday Mary-Kate & Ashley Olsen! Celebrate the Twins by Voting for Their Best Mystery Movie Ever Can you believe that the girls you grew up watching throw the best parties and jet set all over the world in their movies—we're looking at you Passport to Paris—are 32 years old today?!

We are well aware that if the women who played Michelle on Full House are past the 30-year-old mark that makes us older than we'd like to admit as well, but we're still going to celebrate our favorite twins birthdays. In fact when this holiday (it's a holiday in our world) rolls around every year it gives us an excuse to relive some of the best movies these two have ever made.

While we could go on for hours about their travel films like When in Rome and Holiday in the Sun, this time around we're celebrating Mary-Kate and Ashley's birthdays with a blast to an even further past...their detective days. 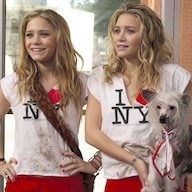 If you forgot about the series of movies called The Adventures of Mary-Kate & Ashley then shame on you. Okay, not really shame on you because these films did come out between 1994 and 1997, which was a long time ago, but you do need to quickly remember these epic movies and get ready to pay tribute to them ASAP.

In addition to solving mysteries when the girls weren't even old enough to stay home alone, there was the singing element in each film that we can't get out of our minds...not that we'd want to.

In each adventure film there was also that intro video which we have always loved. It reminded you that the twins were prepared for any mystery thrown their way. "We're super-duper snoopers, first class private eyes!" they sang while wearing trench coats. Plus, they had pink and green phones to answer calls about cases and wore amazing outfits that usually matched and therefore we miss all of these movies so much.

Don't forget, they could solve any crime by dinnertime and that alone was pretty darn impressive!

1. The Case of Thorn Mansion

The Case of Thorn Mansion was the first of eleven detective films by the Olsen twins and it was a doozy. It took place in Transylvania, featured a "ghost" that was haunting a mansion and was almost derailed by their sister Lizzie trying to tag along. The good news is they sang to her and told her to "B-U-T-T Out" and it worked. In the end the girls solved the crime and discovered that the ghost was actually a beekeeper!

2. The Case of the Logical i Ranch

The Olsen sisters in cowgirl costumes? Yes, please! In this 1994 mystery the detectives are called in to figure out what the gross smells and weird noises that are taking over the "Logical i Ranch" could really be. The ranchers think it's a dragon on the loose, but the girls have different ideas because they know that dragons aren't real...it's not logical. PS: The song "Lotta Rocks" is featured in this movie and it's pretty epic. 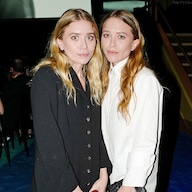 Mary-Kate and Ashley Olsen: Living Separate Lives but Staying as Close as Ever

3. The Case of the Sea World Adventure

As you might remember The Case of the Sea World Adventure took place at Sea World and it was awesome. For starters, the girls' parents were dolphin trainers. Then there was the fact that they dressed up as penguins and sang "Flip." Oh, and they managed to figure out how the dead body they found in the woods was linked to Sea World...it was really a ploy to get their whole family onto a cruise for a much-need vacation. It was complicated, but so much fun to watch.

4. The Case of the Mystery Cruise

The Case of the Mystery Cruise was the follow-up to The Case of the Sea World Adventure. In this movie the girls were searching for a case to solve while on vacation with their parents—they even handed out business cards to try and drum up work—because they were bored. Luckily, they found a mystery when their dad's laptop got stolen at sea and it was up to them to catch the thief.

5. The Case of the Fun House Mystery

If you've ever though that carnivals or Fun Houses were spooky then this movie definitely would've freaked you out back in the day. Luckily, the monster the carnival workers thought was loose in the amusement park was actually an orangutan. He did leave behind "monster mush" AKA bananas, which was freaky, but the top notch detectives deciphered the clues in no time. PS: "Mummies Have Mommies Too" was featured in this movie and it was probably one of the greatest songs they ever had in these films. 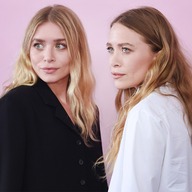 The Anatomy of Mary-Kate and Ashley Olsen's Signature Style

6. The Case of the Christmas Caper

Of course there was a Christmas film in this detective series and it was good. After hackers steal the "Spirit of Christmas" AKA Santa's present delivery plane, the ladies have to break out their special skills to help Santa and show everyone what the real meaning of Christmas is. Despite the fact that the girls had "too much to do" like buy gifts, they still found time be Santa's helpers and save the holiday.

7. The Case of the U.S. Space Camp Mission

This movie was out of this world…well, it was on Earth but about space so it was other-worldly for sure. After a space shuttle is grounded due to a mysterious sound coming from the outside surface of it the girls step in to make sure the shuttle can eventually complete its mission. To solve this mystery they head to the U.S. Space Camp program and teach us all about space craft and the moon.

8. The Case of the Shark Encounter

This 1996 film is one of our favorites simply for the song "Gimme the Life of a Pirate" that the twins sing along with the three main pirates from the movie. Oh and they rock out to the song "Sharks" which is so darn catchy while learning about sharks in general. The mystery itself is to figure out if the sharks in the tank where the pirates work are singing like they claim. The strange sounds have to be coming from somewhere, but the sharks? We don't think so! 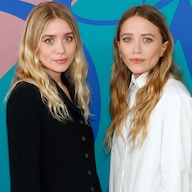 9. The Case of the Hotel Who-Done-It

Like their older group of movies, these films did involve a little bit of travel, or movie magic, whatever you want to believe and we're still jealous we didn't solve crimes and go to Hawaii like Mary-Kate and Ashley. In regard to this film it was all about a hotel in Hawaii that needed the girls' help. Since the hotel manager was very stressed due to a string of disappearances around the grounds he obviously employed the Olsen & Olsen Detective Agency to figure it all out.

10. The Case of the Volcano Mystery

Mysteries involving monsters were definitely our favorite and The Case of the Volcano Mystery had plenty of unexplained signs pointing to monster activity. When the girls receive a call from some miners (they mined marshmallows) about a snowball-throwing monster they are instantly hooked. Come to find out it's actually ash that was being thrown and the monster was a geologist trying to warn them about volcano activity. Talk about a misunderstanding!

11. The Case of the United States Navy Adventure

This was the last of the Adventures of Mary-Kate & Ashley Olsen movies and we were so sad to see them end. The good news was that this movie gave us the song "If We Ran the Navy," which featured the girls wearing sideways hats and John Lennon style sunglasses. As for the mystery, the Olsen sisters were called in to help the United States Navy when unidentified flying objects were spotted hoovering nearby. Of course there weren't actual UFOs, but the satellite hovering too low in orbit did look like one.

Which case from The Adventures of Mary-Kate & Ashley franchise was your favorite? Vote for the best story, or maybe your favorite song from the film series, below!