Can you believe it's been 20 years since we first met Carrie Bradshaw (Sarah Jessica Parker), Samantha Jones (Kim Cattrall), Charlotte York (Kristin Davis) and Miranda Hobbes (Cynthia Nixon)? It's been a long time since the series first debuted on HBO but the wild, crazy, sex-filled, friendship-focused series will always hold a special place in our hearts.

Over the years there were crazy fashion moments, a lot of shoe storylines and even more sex talk. Throughout Sex and the City's six-season run we've laughed, cried, cringed and blushed more times than we can count. No matter what happened we loved those NYC ladies and we just can't get enough of them. 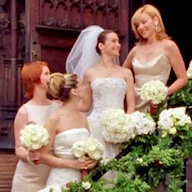 Sex and the City: 25 Memorable Moments

That being said there are some moments from the series that stand out more than others. While we love the romance stories on SATC and the BFF moments that continued throughout the series, it's the moments that made us say "OMG!" that stick with us 20 years later.

So now take a trip down OMG lane with us. Make sure to prepare yourself for some serious laughs and a few overshares as we relive some of SATC's most memorable (and shocking!) scenes and episodes. Spoiler alert: sex scenes are obviously in large supply—but not Mr. Cocky size large!

1. Carrie falls on the runway:

Who can forget the time that Carrie fell on the runway at New York Fashion Week in season four? She looked sexy as all get out as she tripped and somehow handled it like a pro. Sure, Stanford (Willie Garson) said, "Oh my god, she's fashion roadkill!" and Heidi Klum stepped over her, but she got back up. It was a serious OMG moment. 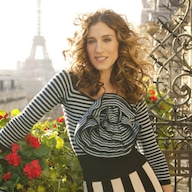 2. The infamous Post-It break up:

Ugh, Berger...he was the best and worst. When Carrie was dating Jack Berger (Ron Livingston) she had a romance that was full of ups and downs. The biggest fail however was when he broke up with her on a Post-It note. Oh, and then she got arrested for smoking pot. It was a whole hot mess.

We didn't see Carrie and The Russian AKA Aleksandr Petrovsky (Mikhail Baryshnikov) lasting forever, but their goodbye was unexpected. He was a jerk, didn't care about her feelings and when he turned around to argue about Carrie leaving Paris he slapped her! It was so intense and took both Carrie and her fans by surprise. We know it wasn't on purpose but it happened, and it hurt.

Is There Still a Chance For Sex and the City 3 Movie?

After her shoes were stolen or "misplaced" at a friend's house, Carrie did everything she could to get them back. In the process she was shoe shamed because of the hefty price tag of her Manolos and because she was a single lady. Carrie then decided to register for the wedding of Carrie to Carrie and put the pair of Manolo Blahnik as the only item on her list. She got the shoes replaced and it was brilliant, but our jaws did drop a little when the whole thing went down.

Not only did Carrie fart in bed during "The Drought' episode, it was in bed with Mr. Big (Chris Noth). We don't know why, but this somehow made it so much more embarrassing.

There have been a lot of awkward and "wow" inducing sex-related moments on this show but this one takes the cake. When the ladies attended a tantric sex workshop, with a live display, things got a little messy—like Miranda gets a little more than she bargained for…on her face! 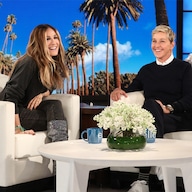 Samantha has slept with all kinds of men, so a fireman isn't that big of a surprise. The embarrassing way she was left after having sex with a fireman however was pretty iconic and so unlike her. She gets left alone at the fire station, naked, after she puts on a firefighter uniform—sans bra—and is forced to strip so the actual firefighters can go save people. It's humiliating and people walk by once the truck leaves so she is exposed fully...yikes!

Harry (Evan Handler) and Charlotte hooking up was so out of character which is why it's on this list. He was hairy, sweaty and so not her type which at first threw us off. Obviously, in the end they are a match made in heaven and we fully support their romance but, in the beginning, we were a little confused by this couple to say the least.

11. When Miranda proposes to Steve:

Talk about a move we didn't see coming. Miranda and Steve (David Eigenberg) were just the cutest, but Miranda proposing was the last thing fans thought would happen. She pops the question while sitting at the bar and it was a happy surprise.

OK, this wasn't crazy and we could've seen it coming for a long time, but it was wild. In season four Aidan (John Corbett) and Mr. Big get into a massive fight up at Aidan's cabin which results in them rolling around in the mud. Carrie tries to point out that they are middle-aged, but they keep going. It only ends after Aidan's dog bites Mr. Big in the butt. It's awesome.

Samantha was the queen when it came to the "sex" in Sex and the City and she wasn't ashamed no matter what position she got herself into. One of the most random and unforgettable sex scenes was when she learned how to milk a cow all for a chance at a fling with a farmer. It worked, and it was hilarious.

Sarah Jessica Parker Reflects on Sex and the City

Miranda had her fair share of awkward bedroom moments but dating "Marathon Man" might've be the worst. He liked to lick her butt, which was weird enough but then he expected her to return the favor, which was a definite no-go for the redhead!

Charlotte had a few awkward sex moments in her life as well and this was probably the worst. When she went out with a "stand-up guy" who seemed nice, she found herself in a terrible spot. In the middle of sex, he'd scream out and call her terrible names and she felt horrible about herself. She ended things quickly because he did it repeatedly and never remembered.

While this might not be a scandalous moment but it did come out of nowhere. In the episode, "An American Girl in Paris: Part Deux" Mr. Big talks to Carrie's best friends and asks them if he should go after her while she's living in Paris with The Russian. To pretty much everyone's surprise, Miranda looks him in the eye and says, "Go get our girl!" Miranda was always hard on Mr. Big—as she should've been—so this change of heart was a real shocker.

Vote for the most OMG moment on Sex and the City now.