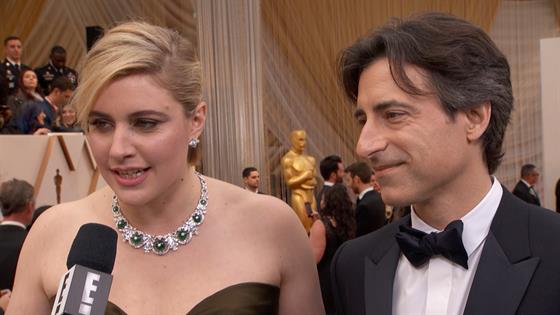 Now Playing
Up Next
Greta Gerwig & Noah Baumbach on Sharing Nominations...and a Baby

Tomorrow is International Women's Day, so we're celebrating a little early by honoring some of the most iconic women who are changing film!

As Hollywood is slowly starting to include more diverse voices, we've been seeing far more female directors, writers and producers finally have their names up in lights.

Just this past year, we saw filmmakers like Lulu Wang, Lorene Scarfaria, Alma Har'el and Mindy Kaling make headlines from having their films win at award shows to nabbing record distribution deals with streaming services.

And while, yet again, no women were nominated this year at the Oscars for their achievements in directing, we saw Greta Gerwig get her second Academy Awards nomination, this time for Adapted Screenplay.

The best part? We are being treated to a great slate of films this upcoming year that will be directed by women, like Patty Jenkin's superhero sequel Wonder Woman 1984 or Emerald Fennell's Sundance breakout, Promising Young Woman. 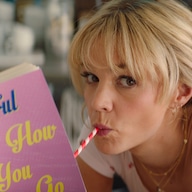 All the Upcoming Must-See Films Directed by Women

To honor the holiday, take a look below at 15 of the women who are changing film! 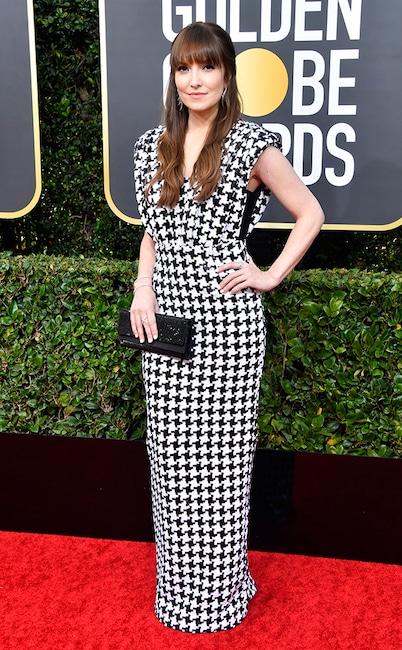 We all saw Hustlers dominated the box office last year and can thank Lorene Scafaria for the amazing direction behind the Jennifer Lopez-led film. Prior to directing the comedy-drama, Scafaria had directed Nick and Nora's Infinite Playlist, The Meddler and Seeking a Friend for the End of the World. Whatever the talented director works on next, we can't wait to see. 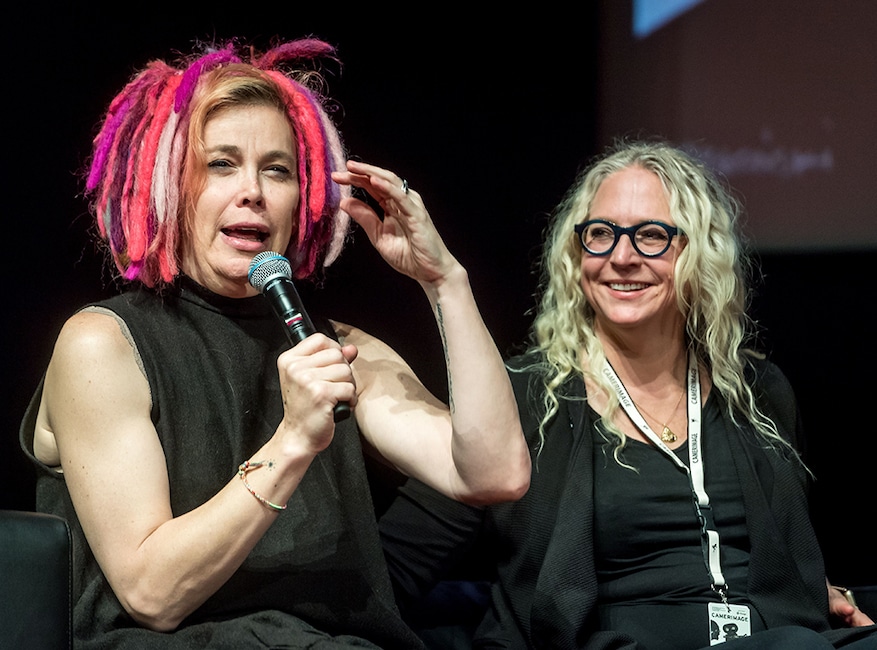 Any cinema fan from the late '90s remembers the cultural phenomenon of The Matrix, the sci-fi film that the Wachowskis co-directed. After the wild success of the first film, we got another three films in the franchise that the sisters produced, directed or wrote. They also wrote V for Vendetta and directed, wrote and produced 2015's Jupiter Ascending. Excitingly, Lana Wachowski will be writing and directing next year's Matrix 4, reuniting us with Keanu Reeves' Neo for the first time in 18 years. 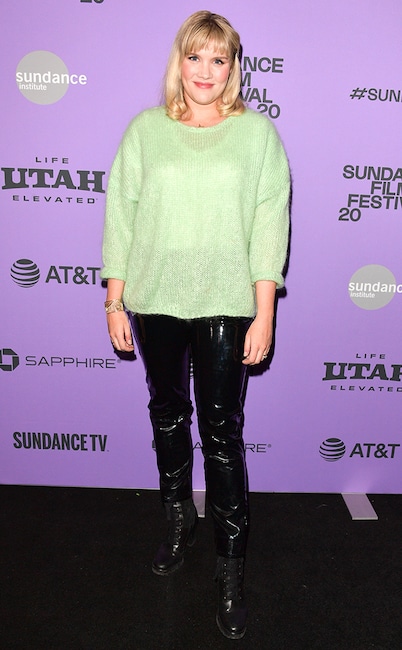 While we know her from The Crown, this year we will also get to know Emerald Fennell for her behind-the-camera role as a director when her film, Promising Young Woman, hits screens. The visceral film, which got rave reviews from its premiere at Sundance, takes on assault in the #MeToo era with no apologies. We can't wait to see it, especially since Fennell was also one of the writers on Killing Eve last year! 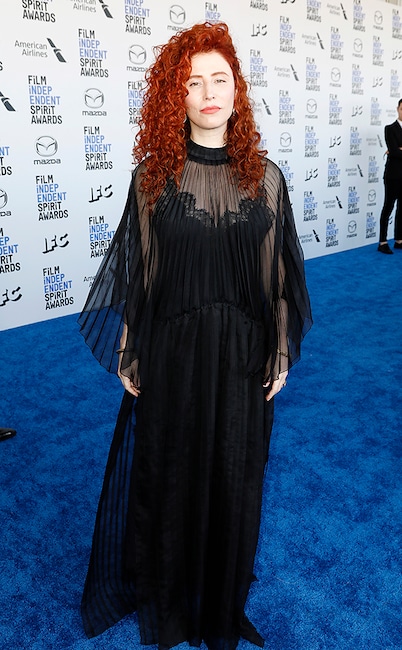 We saw Shia LaBeouf return to the silver screen this past year in the powerful semi-autobiographical film that he wrote called Honey Boy, which was powerfully directed by Alma Har'el. Har'el was able to capture the very personal and intimate relationship between a young boy and his abusive father and ended up winning the Directors Guild Awards honor for First Time Feature Film. Prior to her work on feature films, Har'el is an accomplished music video and ad director, having won a Clio award for her Airbnb campaign, one of the highest awards in the advertising space. 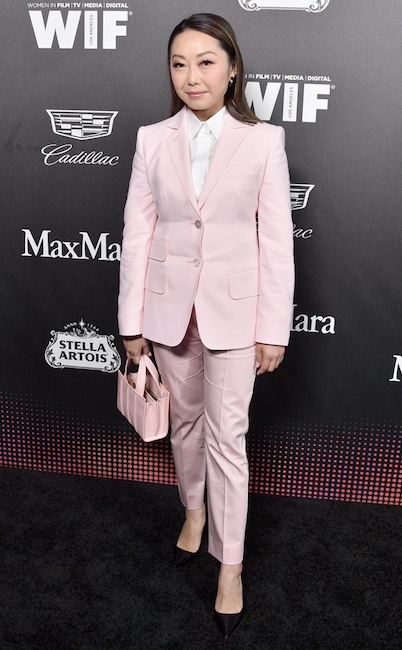 This past year, one of the most talked about films was the indie The Farewell, especially after it nabbed Awkwafina a Golden Globes win. Lulu Wang was the creative force behind the touching film, which also went on to win Best Feature at the Independent Spirit Awards. Prior to her breakthrough film, Wang had also directed a 2014 featured called Posthumous and this year is the writer and director behind the web series The Expatriates. 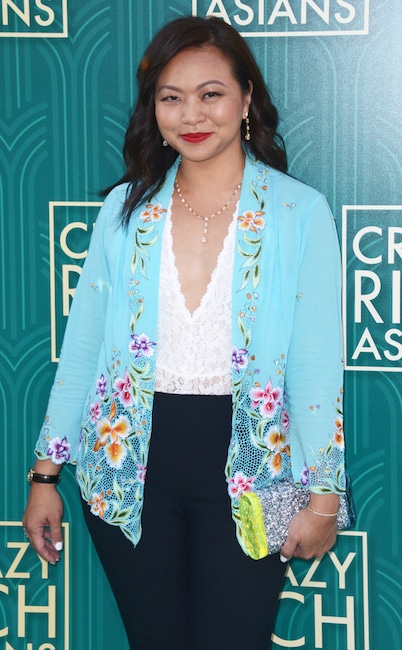 Despite having worked as a TV writer and producer for years, Adele Lim is now a movie force to be reckoned with following her success as the screenwriter for Crazy Rich Asians in 2018.

Not only did Lim roll with the punches and adapt to writing a screenplay as opposed to a TV episode, she used her own upbringing to add to the female point of view of the story and the cultural perspectives that fans so dearly loved. Now, she's using her background as a Malaysian writer from Chinese descent to help Disney tell a new story for the upcoming untitled fantasy-adventure animated film, which according to Deadline will have an Asian element to it. Oh, and she now mentors new writers for the Coalition of Asian Pacifics in Entertainment's New Writers Fellowship. 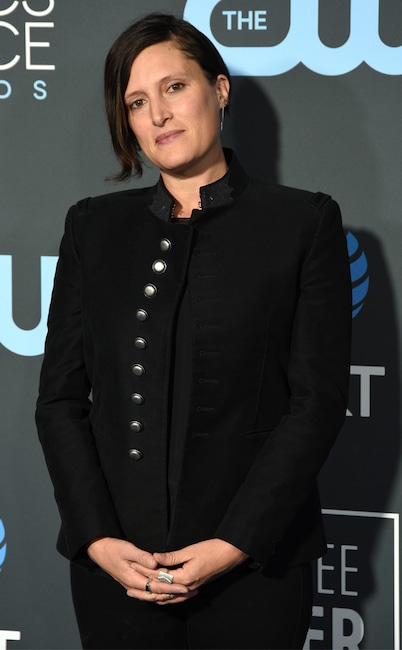 Rachel Morrison might be behind the camera as a cinematographer, but her work is front and center as are her accomplishments in film. In 2018, she became the first woman to be nominated for Best Cinematography at the Oscars for Mudbound. She then worked on 2018's Black Panther as the film's director of photography, which made her the first woman to ever to hold that title/role on any big budget superhero movie and in any Marvel film period. Plus, she continued to work while eight-months pregnant on the upcoming film Against All Enemies because she felt that it was "MY choice and no one else's" how long she worked and how much time she eventually took off. 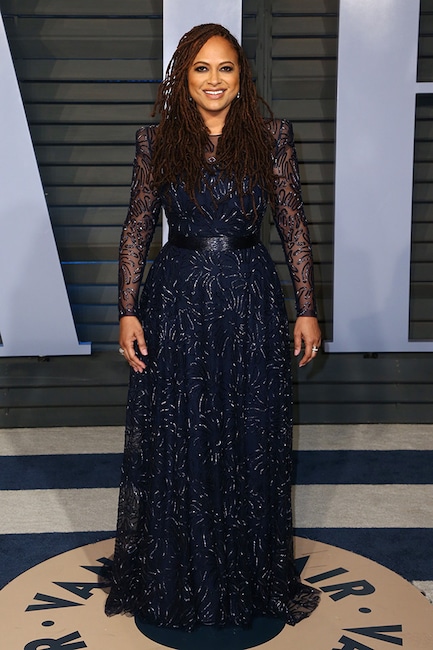 Ava DuVernay is a household name these days and she deserves all the hype she's given.

In 2015 she directed Selma, which was followed by 13th, earning her an Oscar nomination and Primetime Emmy win. She then went on to direct A Wrinkle In Time, becoming one of the only women to ever direct a $100+ budgeted movie, and the only woman of color to ever do so.

You can catch her Queen Sugar on OWN or last year's heavily nominated show, When They See Us, on Netflix. 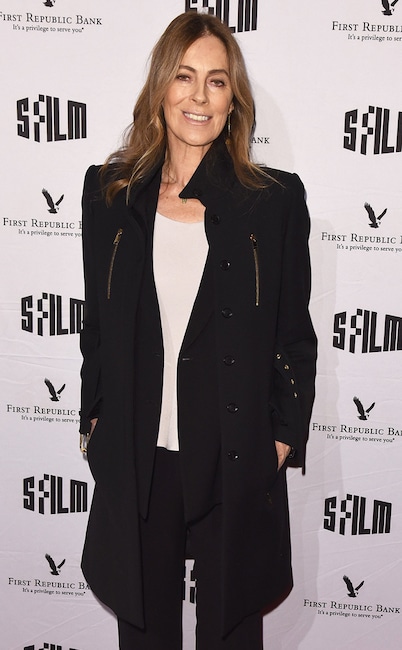 In 2009, Kathryn Bigelow became the first woman to win an Academy Award for Best Director for the film The Hurt Locker and there has yet to be another female to win the award. The film itself won six Oscars that year and not only did Bigelow breakthrough the male-dominated category, but she proved that women can direct action films and films about war accurately and just as effectively as their male counterparts. Next, she directed Zero Dark Thirty to critical acclaim and produced the war drama Triple Frontier. 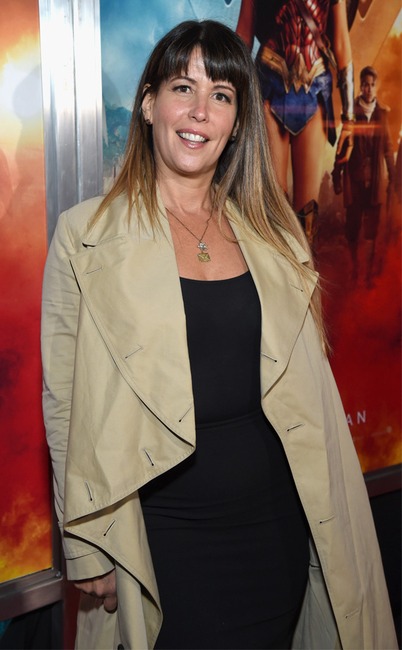 A hit film about a female superhero directed by a female? What a concept! Despite the fact that this makes perfect sense, it was still a big deal when Patty Jenkins directed 2017's Wonder Woman, which eventually raked in more than $800 million worldwide making Jenkins the most successful female director of a live-action film. Later this summer, we'll get to catch the Wonder Woman 1984 sequel that Jenkins directed when it hits theaters. 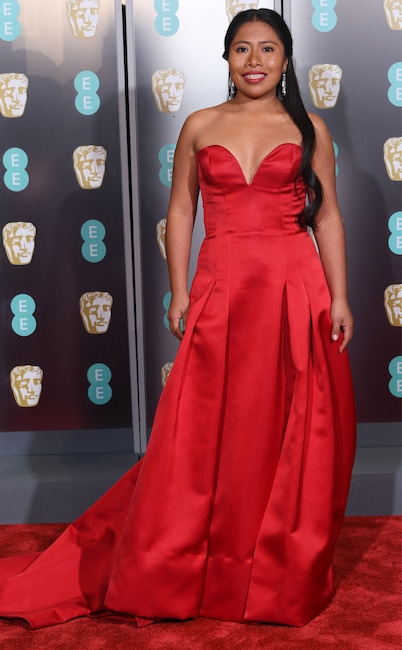 Oscar nominee Yalitza Aparico has a sort of fairy tale story, which makes her more relateable. When Alfonso Cuarón set out to cast the lead in his film Roma, he went to Aparico's hometown of Tlaxiaco, Oaxaca in Mexico, but she was focused on studying to a be a school teacher. After going to an open casting call she was discovered by the director and once she signed on for the project her life instantly changed. The film was a massive success, she traveled all over the world to promote it and she was even on the cover of Vogue Mexico. Oh, and she earned an Oscar nomination, which made her only the second Mexican-born actress to be up for he category of Best Actress in the award show's history. No matter what she does next, Aparico has shown that Indigenous women can do anything they want. 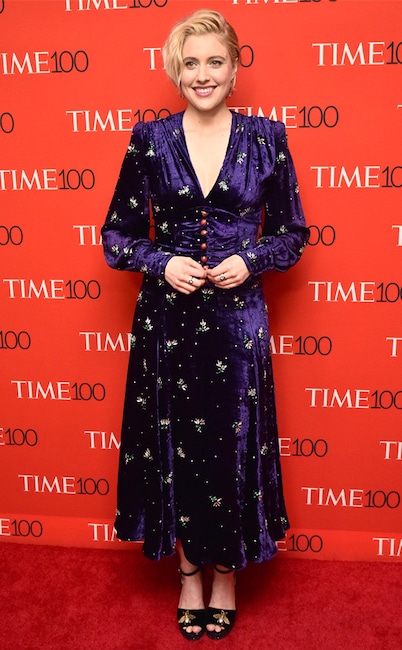 Greta Gerwig proves that no matter how long it takes, your solo ventures are worth fighting for. Even though she's been in the entertainment industry for years as an actress, in 2017 she finally went behind the camera as the writer and director for Lady Bird and as her first solo-directorial debut she nailed it. Gerwig worked on the script for Lady Bird for years, but once she made the movie it was an instant success earning five Oscar nominations including Best Director. She followed her success with Little Women, which earned her an Oscar nomination for Adapted Screenplay. 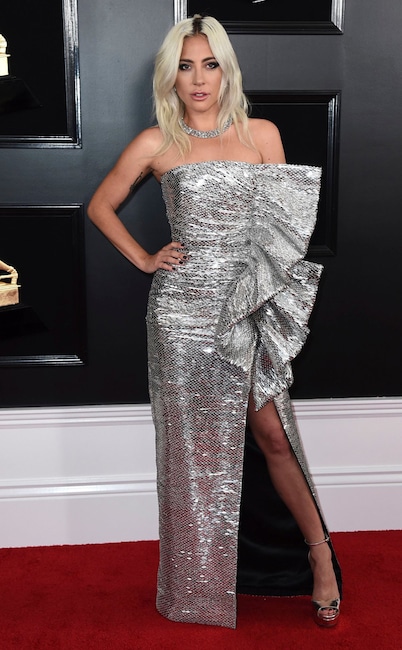 To most Lady Gaga is an iconic singer, but now she's a movie star worthy of praise and admiration. Not only did Gaga show a softer side to herself as A Star Is Born's Ally, but she proved that she could be a leading lady no matter how hard it was. With her first leading role, and first feature film, she earned numerous awards and nominations including a Best Actress Oscars nomination and an Oscar win for Best Original Song, which is huge. Plus, she won a Grammy, Academy Award and Golden Globe for her songwriting work on the film. Clearly, she isn't one thing, she is a chameleon and the world should take note. 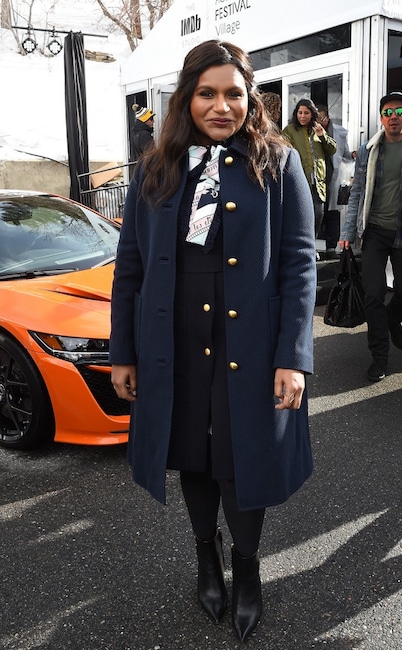 Mindy Kaling does it all and now she's making movies in the film world. After debuting her film Late Night at Sundance Film Festival in January 2019, Kaling, who wrote, directed and stars in the film, made history with the sale of her film to Amazon. Not only was the sale one of the largest pacts in Sundance history with its $13 million price tag—the biggest was a $17.5 million deal that Fox Searchlight made for The Birth of a Nation for global rights—this deal is the only deal for U.S. rights to ever hit the $13 million mark. Plus, Kaling is using her own past as the only female writer of color when she first started writing on The Office to change the gender gap in her projects, which she did by adding Nisha Ganatra, a filmmaker of Indian descent, to direct the film.