Don't you worry, Mr. Belding, it's just us celebrating that today is Tiffani Thiessen's birthday!

Today, the actress best known for her role as Kelly Kapowski in Saved by the Bell turns 47 and we're ringing in another year around the sun with her best moments from the iconic series.

From her fashion to her dancing to her love affair with Zack Morris, we couldn't get enough of the cool character growing up.

And the best news for fans of the show? Peacock, NBC's new streaming service coming later this year, announced that it is rebooting Saved by the Bell!

The new series features Zack Morris as governor of California, and when Governor Morris gets into hot water for closing too many low-income high schools, he proposes they send affected students to the highest performing schools in the state, including Bayside High. 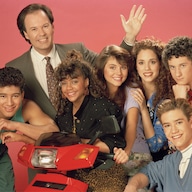 Saved By the Bell Is Getting a Reboot: Where Are the Original Stars Now?

Until we finally get to watch that, we'll just have to take a trip down memory lane of the original series.

Check out some of Kelly Kapowski's best moments below! You've Got to be Zit-ting Me

We've all been teens, so we know how horrifying a zit is!

When Kelly Kapowski (Tiffani Thiessen) gets one, she uses a cream that turns out to be too good to be true...and turns her face maroon.

However, it's luckily confused as her showing school spirit, meaning she still gets to walk away as the homecoming queen. 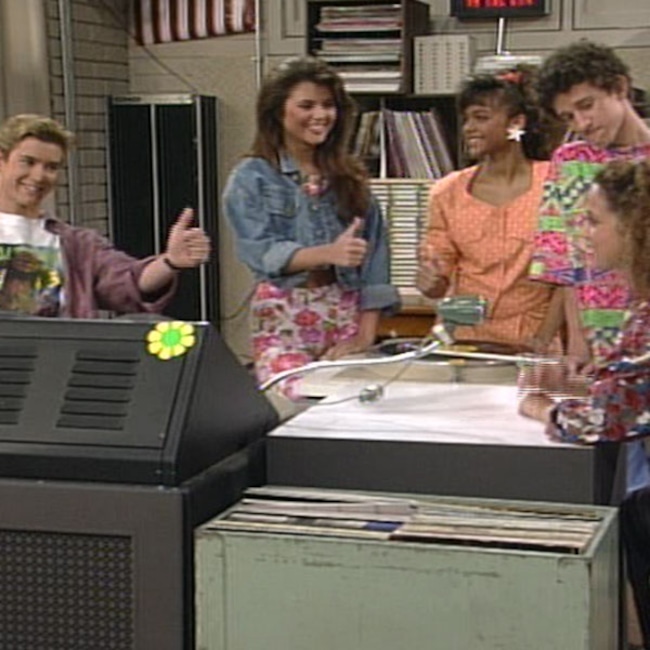 The cool place to be was obviously The Max, which made it all the more heartbreaking when it was announced that they would be closing for owing $10,000 in back rent.

However, Kelly and the gang save the day when they discover their school's old school radio station and use it to help save The Max. 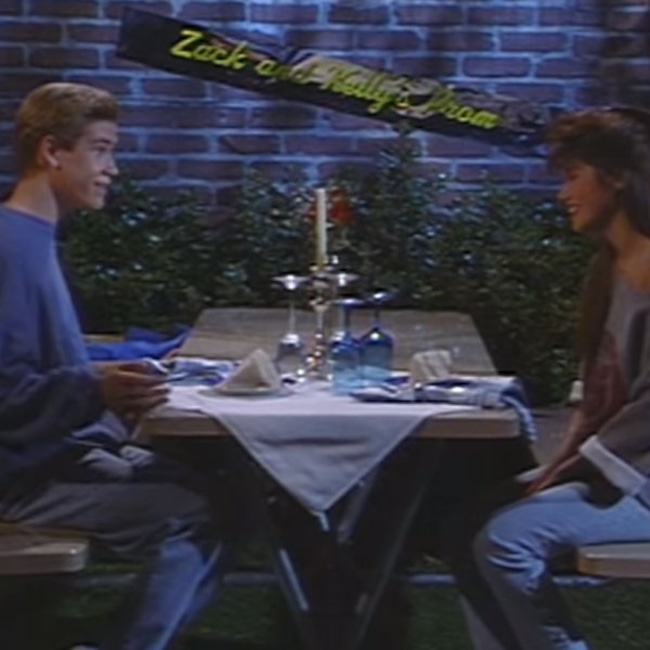 When Kelly couldn't afford to go to prom in season two, we were crushed, until Zack Morris shows up to give Kelly her own personal prom picnic.

Basically, these two were a dream couple growing up. 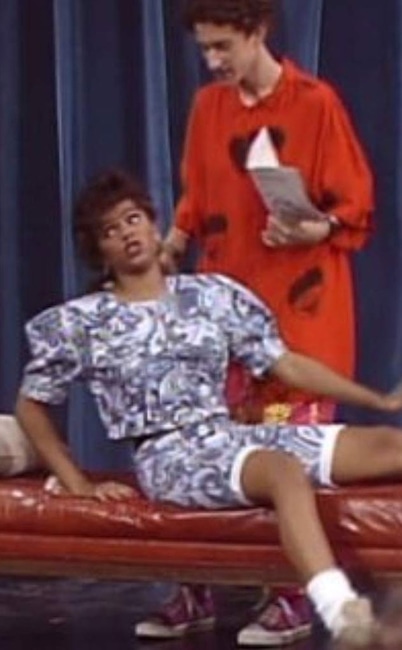 Talk about literal drama. When the kids have to do a version of Snow White and the Seven Dwarves for their high school play, Zack Morris (Mark-Paul Gosselaar) is upset that Kelly isn't playing Snow White, meaning he'll have to kiss someone else.

Leave it up to their friends though to devise a new take on the classic, arranging the play so Kelly and Zack can have their kiss by the end. 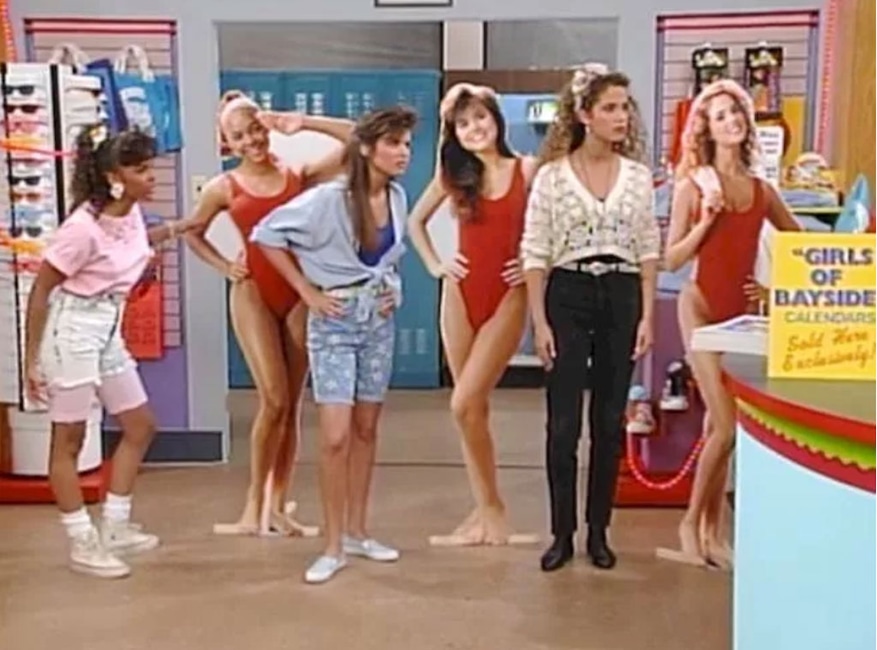 Okay, so it was actually a little weird that Zack Morris made a calendar of all the girls (pulling yet another one of his typical schemes), but at least Kelly Kapowski got the last laugh when it got her noticed by modeling agents. 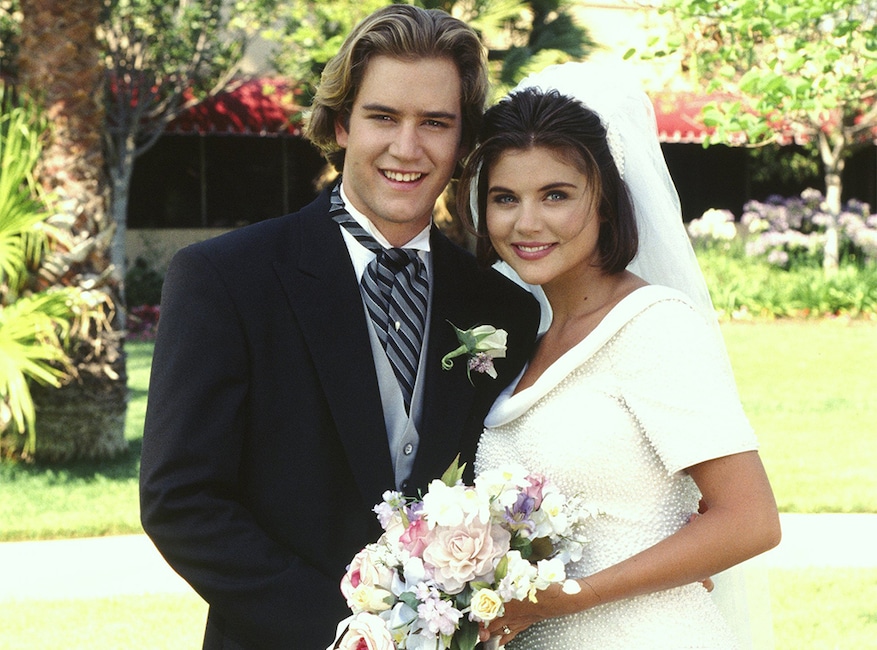 It's only fitting that the two characters tied the knot in the made-for-TV movie that came after the series Saved by the Bell: The College Years sequel.

We're nostalgic just thinking about how we shipped this couple on TV for so long and seeing them get married was a proper finale to the gang. 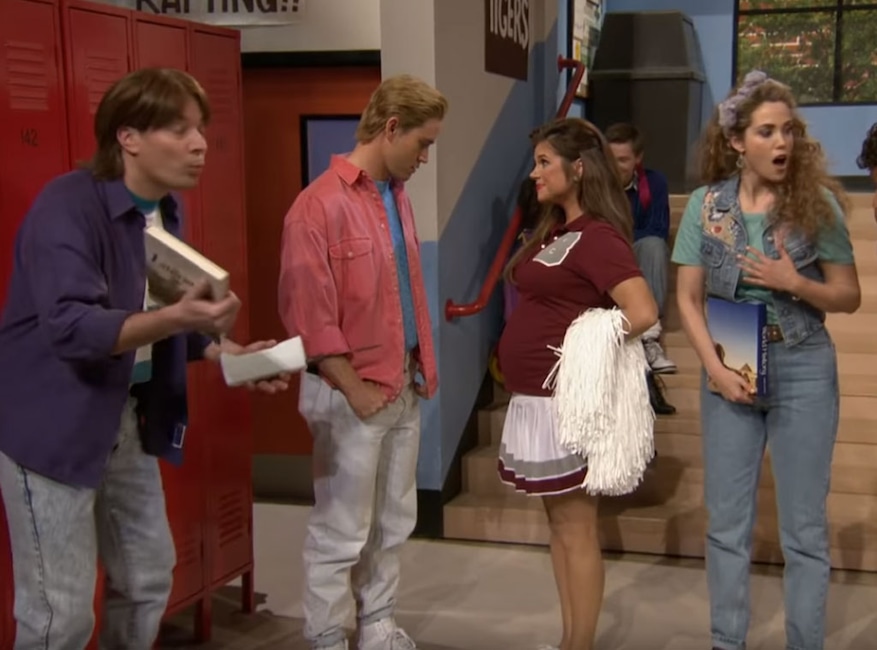 Okay, so obviously this isn't canon as it was a sketch for The Tonight Show Starring Jimmy Fallon, but we still enjoyed watched a re-imagined version of Bayside High where Jimmy Fallon is a student and it turns out that Kelly is pregnant.

The sketch made us laugh, a lot, but also just miss the crew.

(NBC and E! are both a part of the NBCUniversal family.)