Vote for Which Star Was Best Dressed at the 2020 Critics' Choice Awards!

The Critics have spoken, but now it's your turn!

Last night, the greatest in film and television were honored at the 2020 Critics' Choice Awards, including surprises like both Bong Joon-ho and Sam Mendes as Best Director for Parasite and 1917, respectively.

Now that the Academy Award nominees have officially been announced, stars like Joaquin Phoenixand Renée Zellwegercan look at their Critics' Choice success and hope they translate to an Oscars win, too.

Until then though, we're still focused on all of the red carpet fashion from last night, especially with some of the jaw-dropping looks that the stars arrived in.

Starting us off is Zendaya, who was trending on Twitter last night when she showed up wearing an armor-like crop top by Tom Ford and a matching fuchsia harem maxi skirt, proving yet again that stylist Law Roach is one of the best in the business.

The always fashionable Billy Porterstunned in a strapless mint gown (which seemed to be the color of the night) and hand-painted butterflies by artist Anna Bernabe who said, via Vogue, helped Porter represent, "The numerous transformations and rebirths one goes through during a lifetime."

Meanwhile, one of the stars of Little Women served up big fashion when Florence Pugh arrived in a white sequined gown by Prada that glistened on the carpet.

We also saw Sterling K. Brownof This Is Us impress in a perfectly tailored burgundy suit. Elsewhere on the carpet, Susan Kelechi Watson, who plays Brown's on-screen wife, turned heads in an off-white gown that featured a daring cut-out neckline. 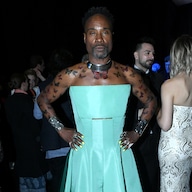 Recent Golden Globes-winner Awkwafinaalso lit up the carpet with a sunflower-yellow gown that she paired with a statement clutch.

Another star that looked like a ray of sunshine was Anne Hathaway, who rocked an all-sequin gown by Versace that shone just as brightly as the star.

Finally, Cynthia Erivo brought her A-game to the step-and-repeat with a mosaic-print gown by Fendi that featured a long train and voluminous sleeves.

Check out all the best fashion from last night and then vote for which celebrity you think was best dressed on the carpet! 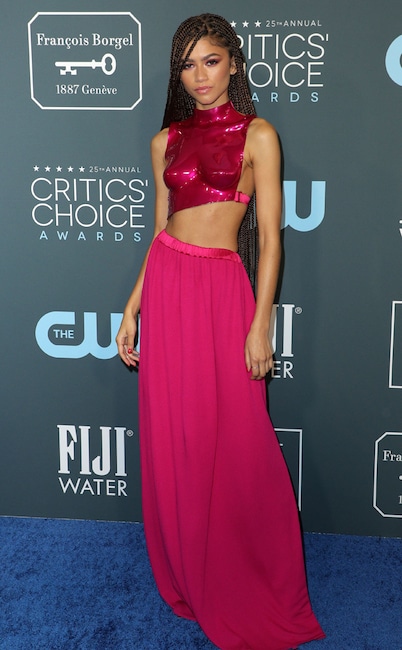 The HBO Euphoria star has arrived and per usual, did not disappoint. Bringing galactic glam fashion to the 2020 Critics' Choice Awards red carpet, Zendaya did not come to play in this hot pink two-piece ensemble. It's safe to say hers is our favorite look of the night. 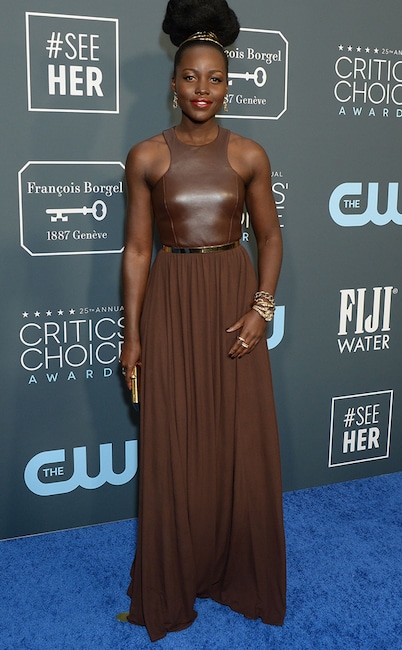 The Kenyan-Mexican actress is turning heads at the 2020 Critics' Choice Awards red carpet wearing a dark brown custom Michael Kors. There's nothing we don't love about this fashion and beauty look.

The 35-year-old This Is Us star ditched the dress tonight and opted for an edgy and unique black jumpsuit ensemble, paired with a matching black cape. Moore is always one to slay the red carpet but tonight, she's leaving us speechless tonight at the 2020 Critics' Choice Awards in her Ellie Saab look. 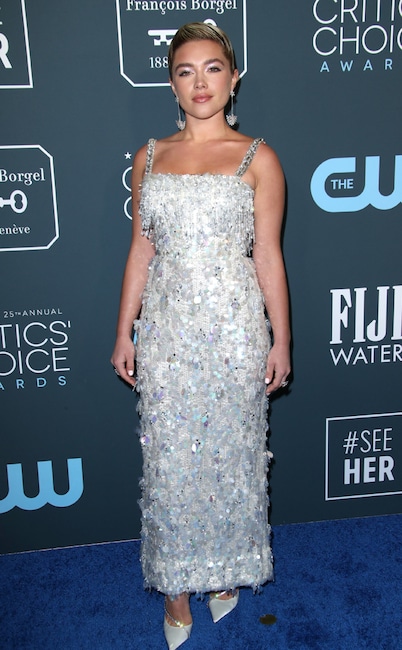 The Little Women star dazzles on the 2020 Critics' Choice Awards red carpet wearing a custom Prada white and silver sequined dress. The 24-year-old actress never fails to slay a red carpet and tonight is no exception.

The 50-year-old Pose actor never comes to play when it comes to red carpet fashion. While Porter might have gone above and beyond at the 2020 Golden Globes red carpet, he's still going strong when it comes to his fashion choices this award season wearing a mint green strapless gown. But the way he accessorized is what's really caught out eye—Porter opted for what looks like butterfly body art and a metallic choker that brings the whole lewk together. 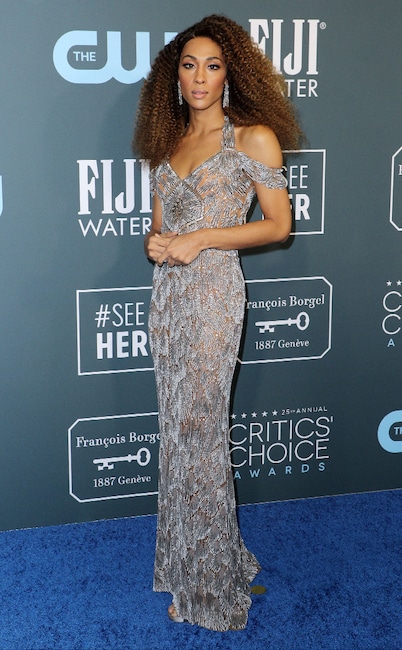 Another favorite Pose star, who plays Blanca Rodriguez-Evangelista in the hit show, is turning heads at the Critics' Choice red carpet in Moschino. 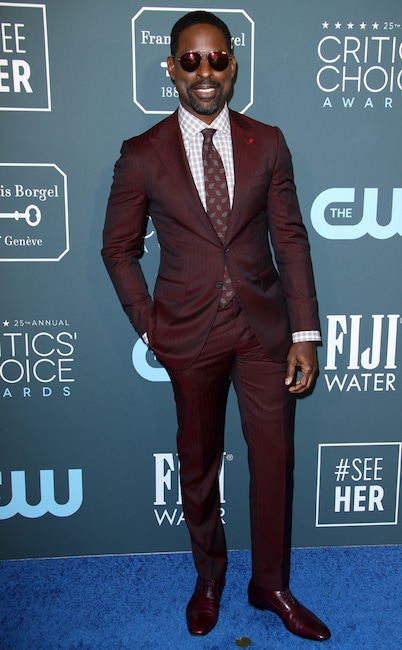 What a stud! The 43-year-old This Is Us star is no stranger to rocking a good suit on the red carpet and tonight is no exception clad in an all-burgundy suit from ISAIA. 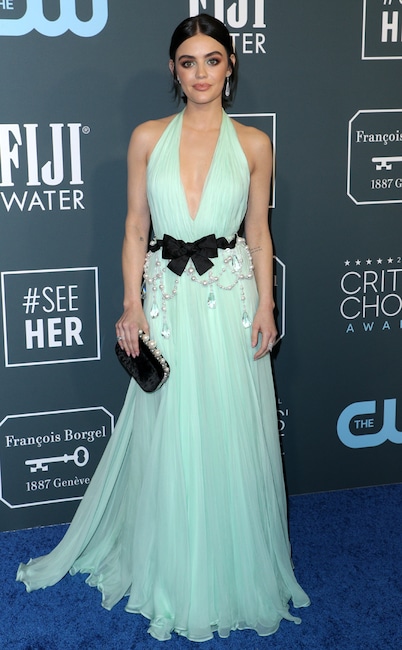 The former Pretty Little Liar's actress stepped out and showed out at the 2020 Critics' Choice Awards red carpet in this mint green dream of a dress. The 30-year-old is wearing a custom Miu Miu deep v-neck dress with a black bow at the waist, surrounded by pearl and crystal embellishments to give it a pop. As for her makeup, the actress opted for a neutral look with a pop of color on the inner corners of her eye. 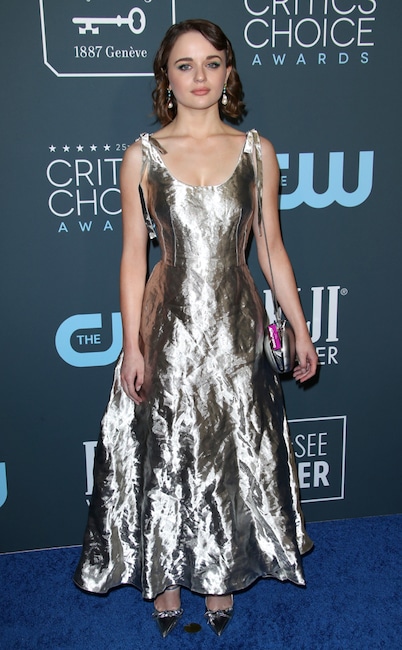 Silver siren! The Act actress shines bright at the annual ceremony with a metallic silver gown by Prada. 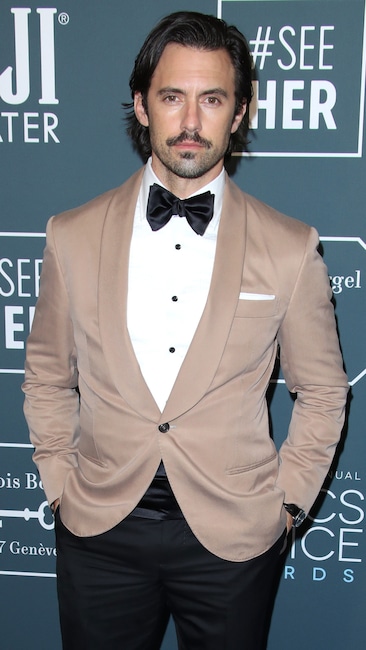 The This Is Us star usually opts for a classic all-black suit for award shows and events, but today he's switching up as he dons a camel-colored suit jacket. The stud also pulled his red carpet look together with a classic black tie, looking dapper and ready for 2020 Critics' Choice Awards. 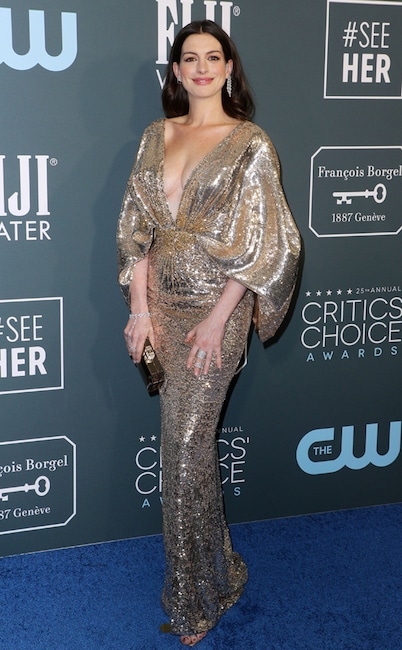 She's back and she came here to slay! The Princess Diaries actress dazzled in a custom Versace gold dress at the 25th Annual Critics' Choice Awards. 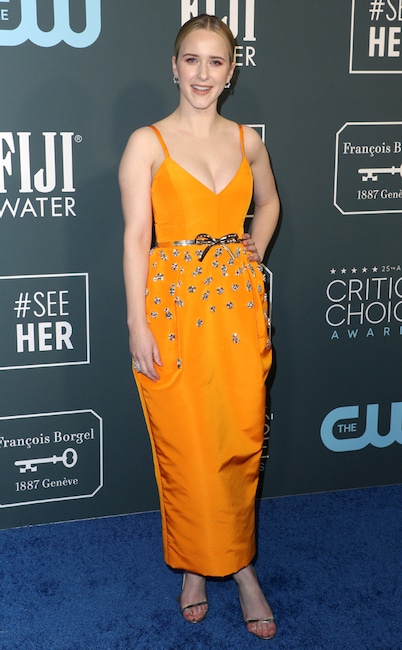 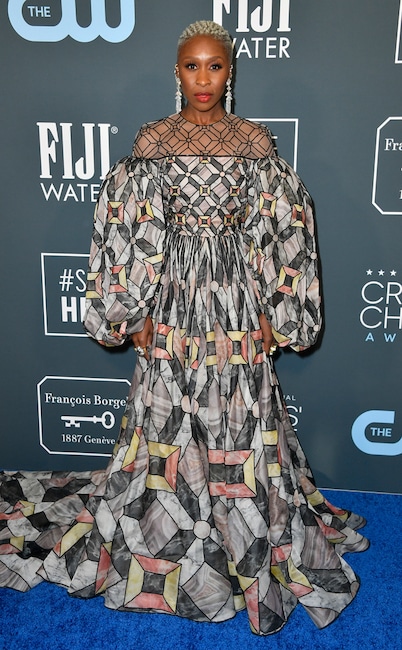 The actress makes the red carpet her runway with a high-fashion ensemble that's deserving of its own award. 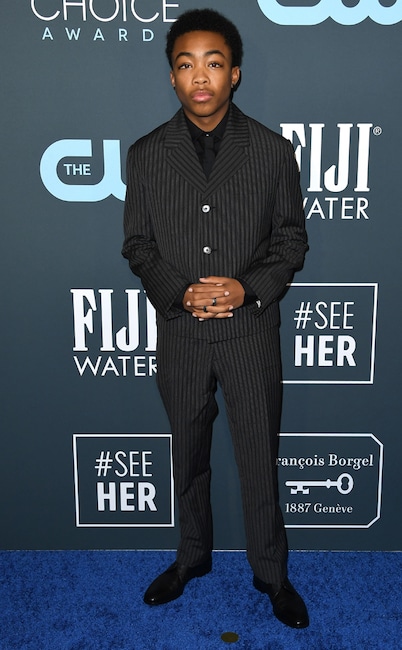 At only 17-years-old, Blackk is not only killing it after his role in When They See Us but he's not a series regular on This Is Us and it's safe to say he's developing a unique sense of style. 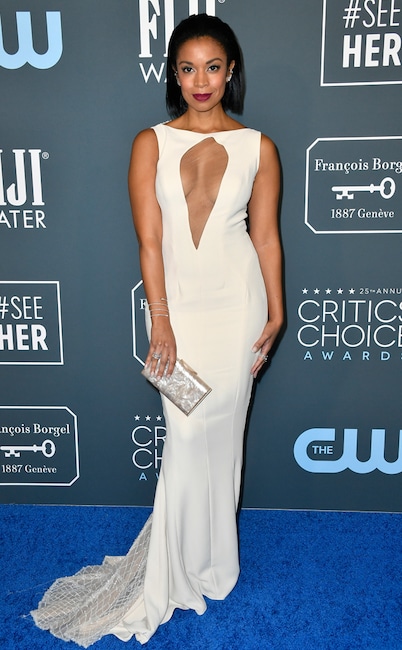 The This Is Us cast showed up and showed out on tonight's 2020 Critics' Choice Awards red carpet and Susan Watson no stranger. Leaving us speechless, the actress wore a Galia Lahav off-white gown with a peek-a-boo deep v-neck. 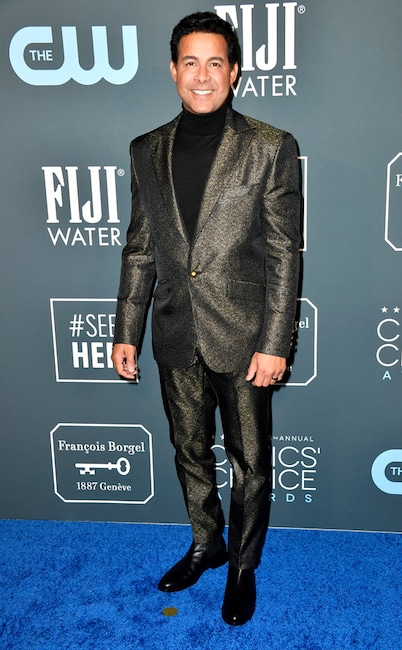 The This Is Us star stepped out on the 2020 Critics' Choice Awards donning a black turtleneck, metallic black/gold suit and Thursday Boot shoes. Looks like someone's not afraid to take a fashion risk on the red carpet.

Look at this ray of sunshine! Donning a dress fit for a goddess by Ellie Saab, Awkwafina is leaving us speechless this 2020 award show season with her fashion looks.

The 27-year-old actress is a fashion fantasy in this peach-colored whimsical dress fit for a fairy princess. The Agents of S.H.I.E.L.D actress is wearing Yanina. 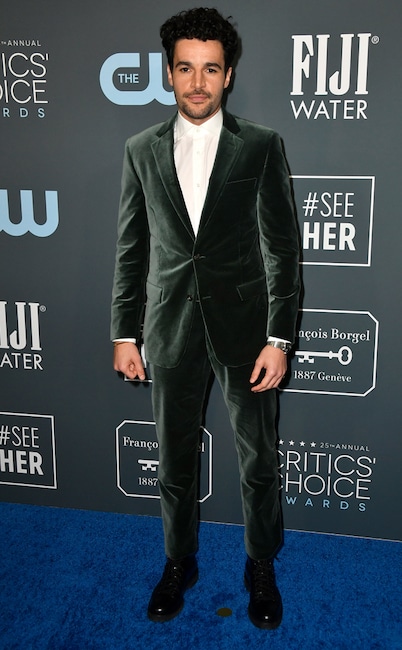 Actress and singer AJ is a pistachio dream in a dress that matches and complements her green eyes perfectly. AJ paired her dress with old Hollywood waves and natural makeup, making this a simple yet flawless look to remember.