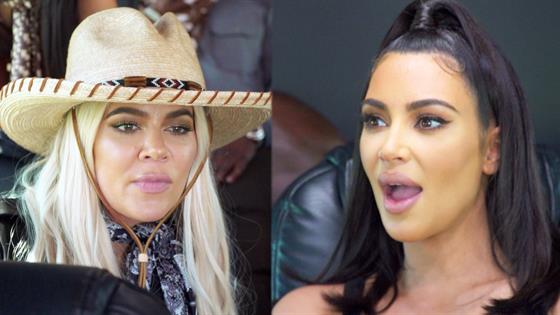 This isn't the last time we'll see Kourtney Kardashian on KUWTK. But after 12 years, four spin off series—six if we consider recurring cameos—and close to 300 episodes filmed, the Poosh founder and dedicated mother of three is considering a tentative step back from the cameras.

"I'm getting to the point where I'm not happy," she told Kim Kardashian, Khloe Kardashian, Kendall Jenner and Kris Jenner toward the end of Sunday's emotional Kardashians season finale. Continuing, the eldest sibling explained, "Everyone has their breaking point."

As for the game plan, then? Tonight's finale episode gave audiences some insight into Kourt's decision-making process regarding her future with the reality show, which was understandably complicated due to familial ties and her history as one of KUWTK's leading women.

But before we dive into decisions, let's back up. Last week, Kourtney's initial plea for filming boundaries (especially as it related to certain areas of her personal life) gave way to a calamitous and lengthy dispute between herself, Kim and Khloe, which ended with the younger two siblings threatening to boot their sister off the family's long-running TV program if she didn't agree to "share" more.

This week picked up in the feud's relative aftermath, though it was obvious the women hadn't reconciled in full when they touched down in Jackson Hole, Wyoming, for a much-needed bonding excursion. But when the cattle drive and ropes course activities Kris organized didn't spark communication among the group—at least, not in the way she'd hoped it would—the dedicated mom-ager tried again over dinner.

"I want to have a conversation about how we can make our relationship better," she began, having become collateral damage herself amid the heat of her children's explosive filming fight. 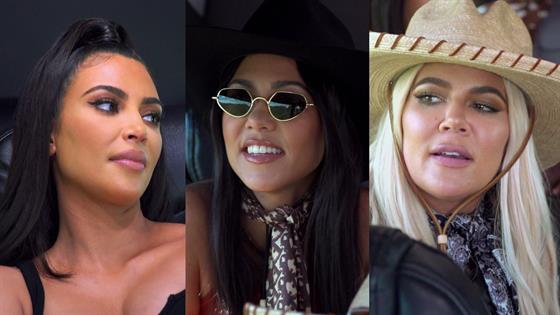 "If we continue to work together and try to be respectful of what everyone else's needs are around us and listen to what each other is saying," Kris went on, "I think that we can definitely carry on with filming this show."

"But not only that," Kourtney added, addressing the room. "I think, be respectful of each other's boundaries and just know that…what's OK for you is different than what's OK for me. And everyone has their own things that make them happy."

Valid. But Kim was still frustrated about Kourtney's contributions to KUWTK and argued that "if everyone acted like [she] did" about opening up to the cameras, "then we'd absolutely have no show." Potentially also valid.

So, what happens when keeping the show isn't her sister's priority anymore?

Kim & Khloe Call Out Kourtney Kardashian for Not Sharing Enough

"We all have our own way of what works best for us and how much we can handle," noted Mason, Penelope and Reign Disick's mom in a confessional, going on to emphasize that everyone's preferences and capacities are different.

"It's not OK that I feel like I'm at my breaking point and I need a break and I don't want to film anymore," she finished, before reminding her family, "Life is short. It's not all about filming this show."

And while a definitive answer about Kourtney's future on KUWTK remained somewhat up in the air by the finale's end, she and her siblings were at least able to get back on the same page.

"I hear Kourtney loud and clear. And I obviously want her to be really happy," said Kim post-dinner. "But I think she's really torn on, what should she do? Should she stay on the show, or does she get off and live a different life that she claims she's wanted for so long?"

Khloe Gets Pulled in the Middle of Kim & Kourtney's Quarrel

"I hope that Kourtney finds clarity," she continued. "And whatever decision she chooses to make, I just want her to feel like she's at peace."

As far as Kourt's happiness and well-being are concerned, Khloe felt the same way.

"I never want my sisters to be sad or upset. And I think everyone has to do what's best for them in life," she told the camera. "So now, let's move on, let's heal and let's get on to the next thing."

Funnily enough, the following evening, Kourtney was reminded of how much fun filming can be when the group staged a hysterical costumed dinner party during which the women dressed as and performed wildly spot-on impressions of one another. Anyone surprised to hear Kourt went as Kim (in head-to-toe Yeezy, obviously), and vice versa?

For everything that went down in Wyoming this week—including Kendall's thoughts on Kylie Jenner's absence and Kourtney's attempt to head home early—check out the full recap video above!