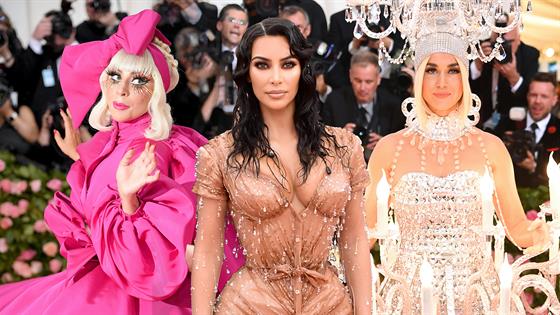 Hours after Hollywood's biggest stars turned heads on the pink carpet at the 2019 Met Gala, the Keeping Up With the Kardashians star decided to keep the party going with a post-event celebration at Up&Down in New York City.

"The place was packed! It was a great party and everybody was having a ton of fun," a source shared with E! News. "The top area by the DJ booth is where Kim, Kanye, Kylie Jenner, Travis Scott and Kendall Jenner were most of the night."

According to a source, the Hadid sisters hung out in Kim's booth but managed to dance with Serena Williams on the dance floor. 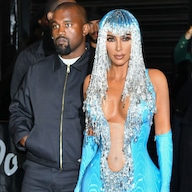 "Gigi was having the best time singing along and they were snacking on McDonald's French fries that were passed around," our source shared. "Gigi wore the same outfit from the Met Gala including her head piece but took the jacket off."

According to another source, Jared Leto was also in attendance with his fake head and it was a big hit at the party. We're told he was letting people pass it around and play with it.

Winnie Harlow and Trevor Noah were dancing together toward the end of the night and looked pretty flirty, according to a source. Later on, the duo sat together in the corner of a booth talking as the party started thinning out.

And a third insider shared with us that Kendall stayed until 3 a.m. before heading to an after-party at Fleur Room at Moxy Chelsea with co-host Harry Styles.

"Kanye was in a very good mood, smiling all night," a source shared. "Serena and her husband arrived on the early side and were dancing and taking pics in the photo booth. They were definitely enjoying a parent's night out." For even more highlights, check out our gallery below. 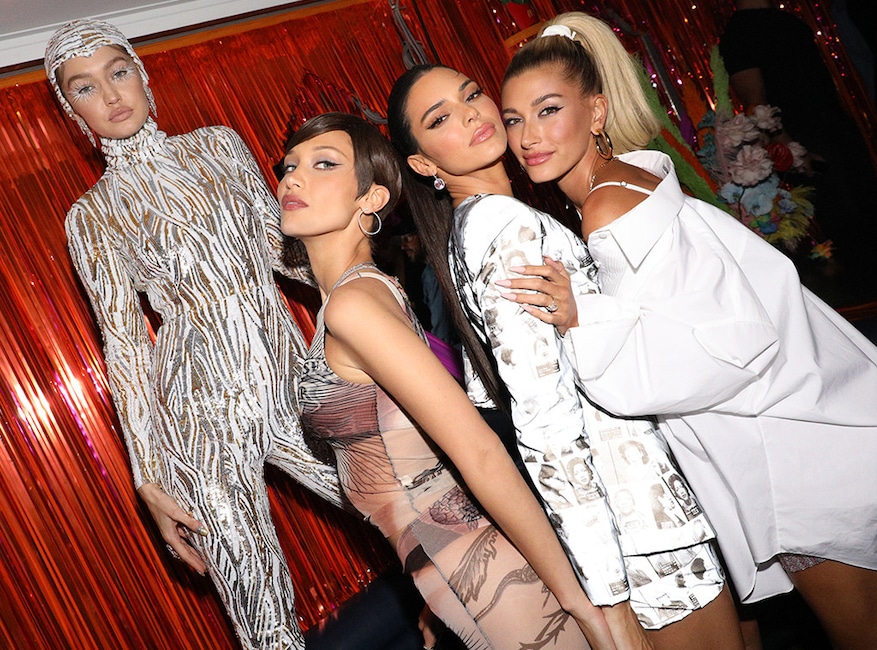 All supermodels are welcome at this after-party sponsored by Kurvana at Up&Down in New York City. 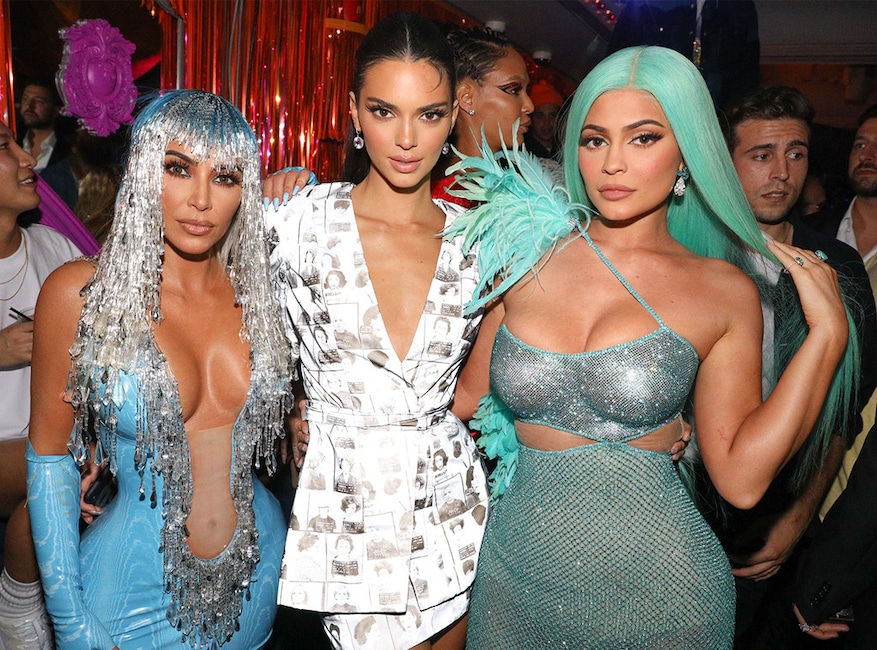 The party don't start until these sisters walk in! 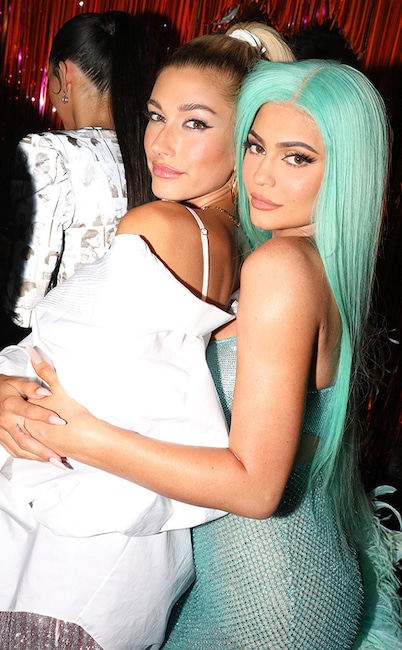 The Keeping Up With the Kardashians star and model meet up inside Up&Down for a party that lasted well into the morning. 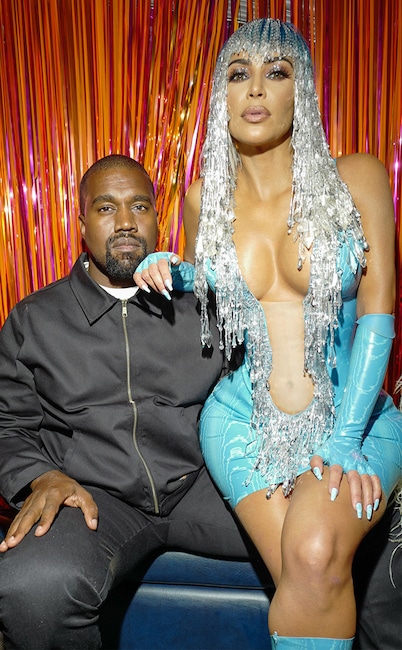 The hostess with the mostess cuddles up next to her husband inside the A-list party featuring McDonalds' world-famous french fries. 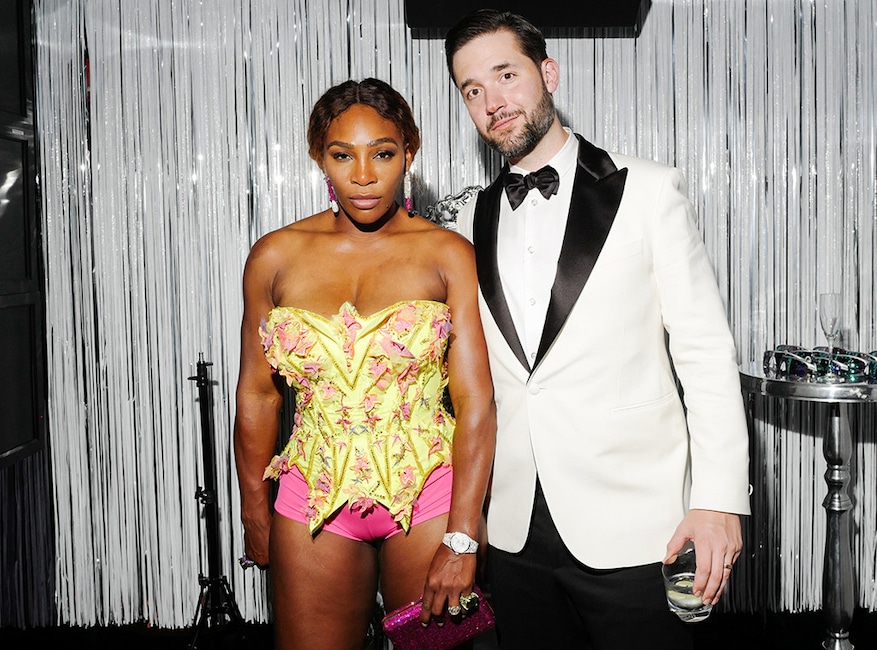 How you doin', power couple? The new parents enjoy an evening out after the 2019 Met Gala 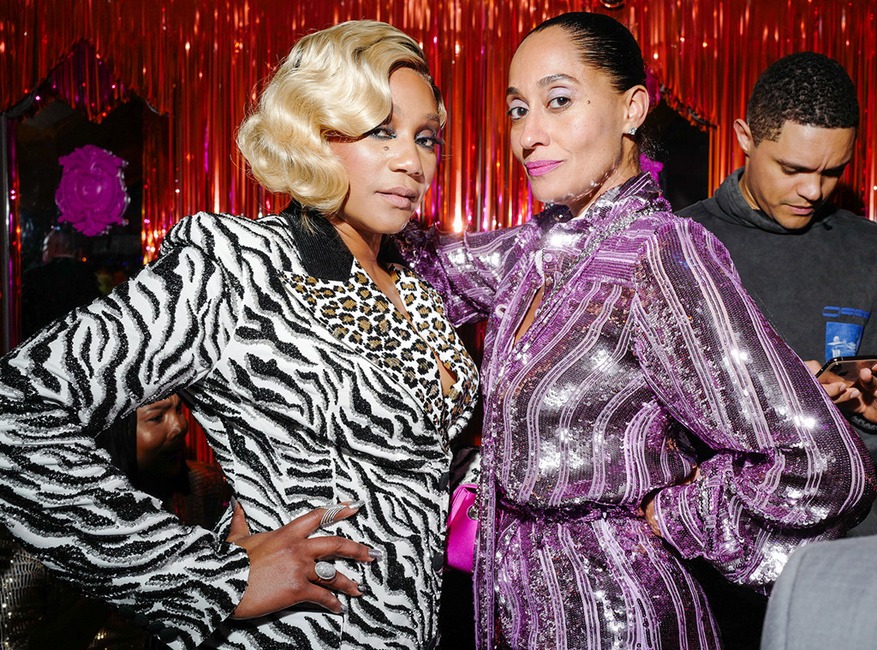 Oh yes, it's ladies night and these two Hollywood stars are ready to party! 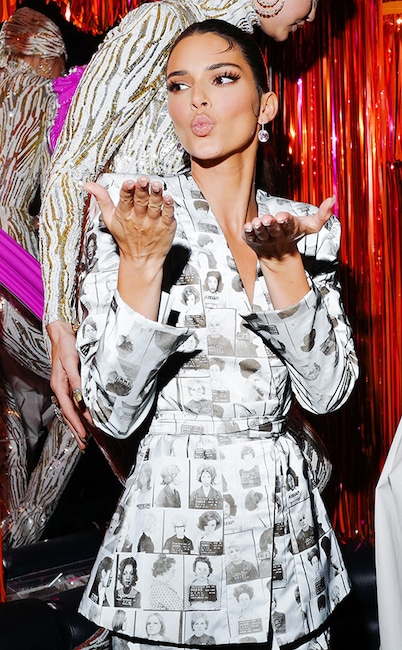 Keeping up with the reality star's looks in New York City has never been harder on a star-studded night like today. 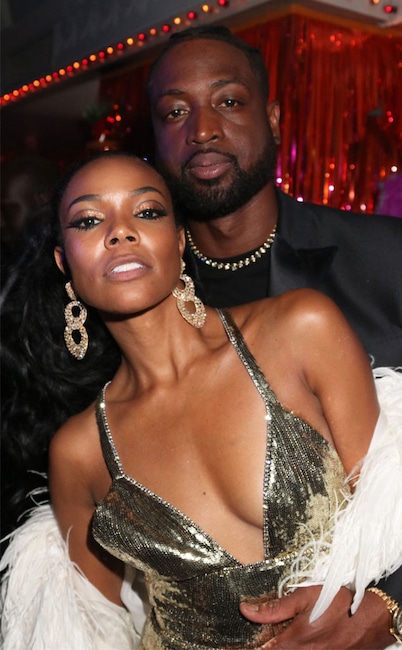 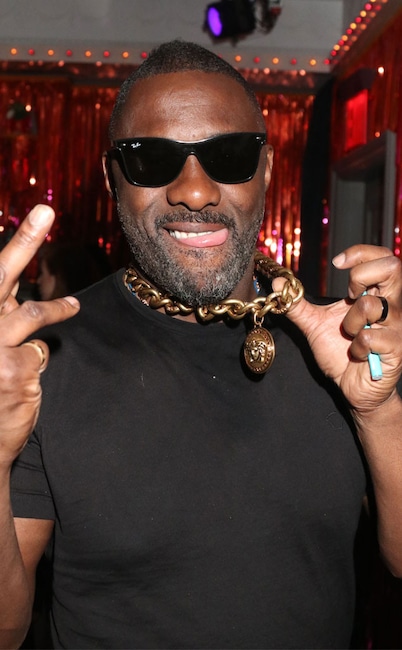 Turn down for what?! The Hollywood actor and DJ opts for a more casual outfit for his late night out in the Big Apple. 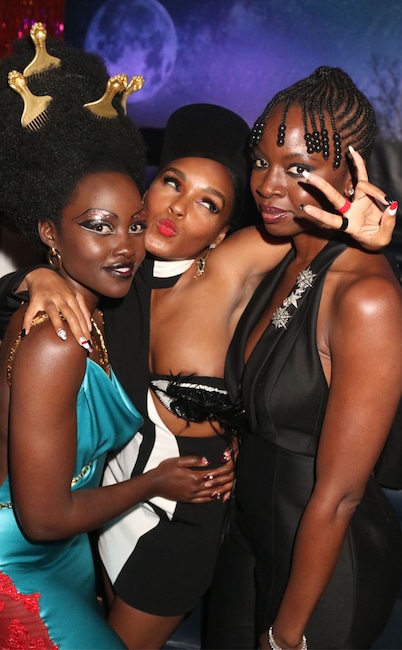 Girls just want to have fun—especially on New York's biggest night for fashion. 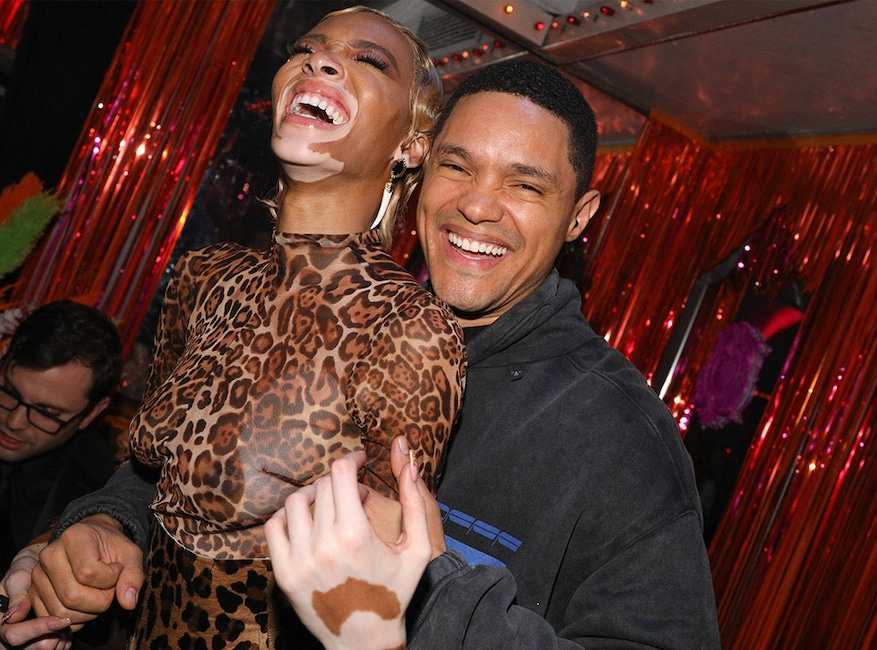 Did these two have a good time at the party? Perhaps their faces says it all. 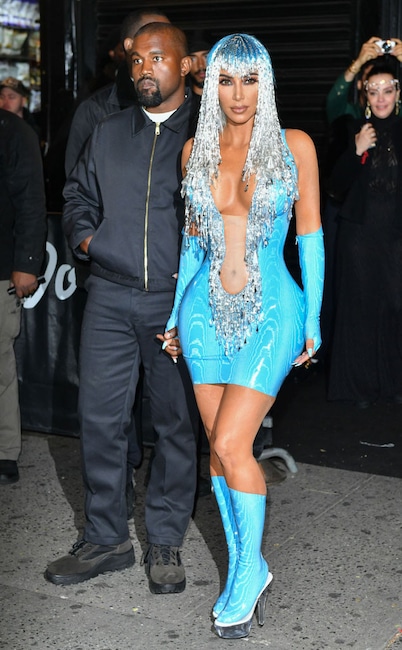 "This Camp theme deserves two looks," the Keeping Up With the Kardashians star tweeted before showcasing her second outfit of the night. 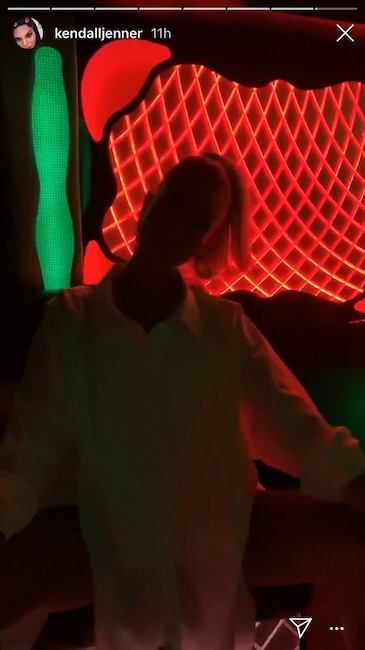 Kendall Jenner documented her BFF dancing up a storm inside UP&Down. 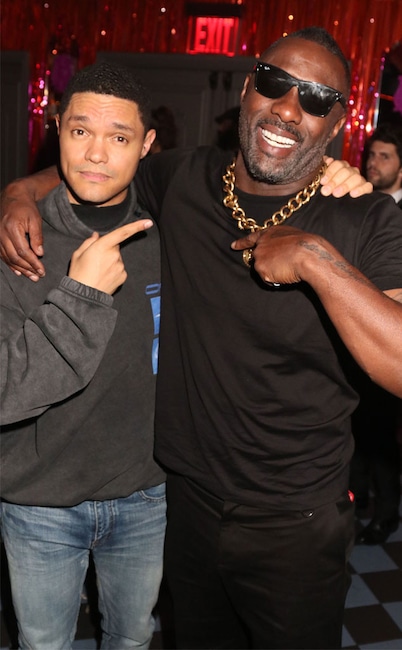 You just never know who you'll run into inside Kim Kardashian's bash!

As for how Kim started off her Tuesday morning after a night of celebrating, the businesswoman exchanged French fries for doughnuts from Doughnuttery. Live your best life, Kim!

"It was a fun, drama-free evening!" a source shared with E! News.