UPDATE: In an interview with GQ published Wednesday, Rachel Bloom insisted her Twitter exchange with Neil Patrick Harris during the 2018 Tony Awards wasn't a bit. In fact, she felt "kind of devastated" after reading his comment. Initially, "I was actually going to tweet, 'This makes me sad.' But then I was like, "Ehhhhhhhhhh...I don't want to give him that, necessarily,'" Bloom said. "Look, I've met him a couple times—very recently, backstage in the dressing room of a Broadway show. And we hung out for a solid 15 minutes with the star of this Broadway show. It was just bizarre to me that it wouldn't ring a bell. And also, that he wouldn't Google it."

Pointing out that Series of Unfortunate Events actor is "not a writer," Bloom continued, "His version of a Twitter joke is to just kind of…live-comment to Twitter followers with kind of random, unformed thoughts. And fame does that to you—where you think every kind of random, unformed thought is a gem, because you get 10,000 likes from it. He has, like, 27 million Twitter followers. And that makes me scared about fame in general. The yes-men. Even if what you're saying is, I don't know, kind of weird or unoriginal, you're still getting a lot of approval and dopamine surges for saying it. And I really, really hope that I can surround myself with people who will call me out on my s--t, so that—even if I ever were to have 27 million Twitter followers—I would be just kind of...a person first, and a famous person second."

Bloom noted that her husband, Dan Gregor, was a writer on How I Met Your Mother; in their home office, they have a framed script of the episode in which Harris' character meets his father for the first time, as well as a picture of Gregor and his writing partner with Harris on their wall. "It's, like, a big part of our lives!" she said. "Someone pointed out, 'Well, maybe your beef isn't with Neil. Maybe it's with his son Gideon.' And I was like, 'You know what? You're right. That child and I now have beef.' You have the exclusive! I'm in a feud with his child!" Leaning into the microphone, Bloom said, "Just to be clear: That's a joke. I wish his child well."

Harris' Twitter comment was "random," but not "terrible," the actress said. "But I think, if he wants to be gracious: He has 27 million Twitter followers. He could check out an episode of the musical TV show Crazy Ex-Girlfriend—which is, right now, the only musical show on television. And tell his 27 million Twitter followers to check it out," Bloom told GQ. "I wouldn't hate that!"

After the interview, Harris tweeted, "Sincere apologies to @Racheldoesstuff for my Tony tweet. I failed to research her before pressing 'send,' and what I thought was a funny comment in our living room must have been far from funny to read, backstage, mid show. As a performer and a parent, I should have know better." Bloom replied, "Hi, thank you for this! Apology accepted." 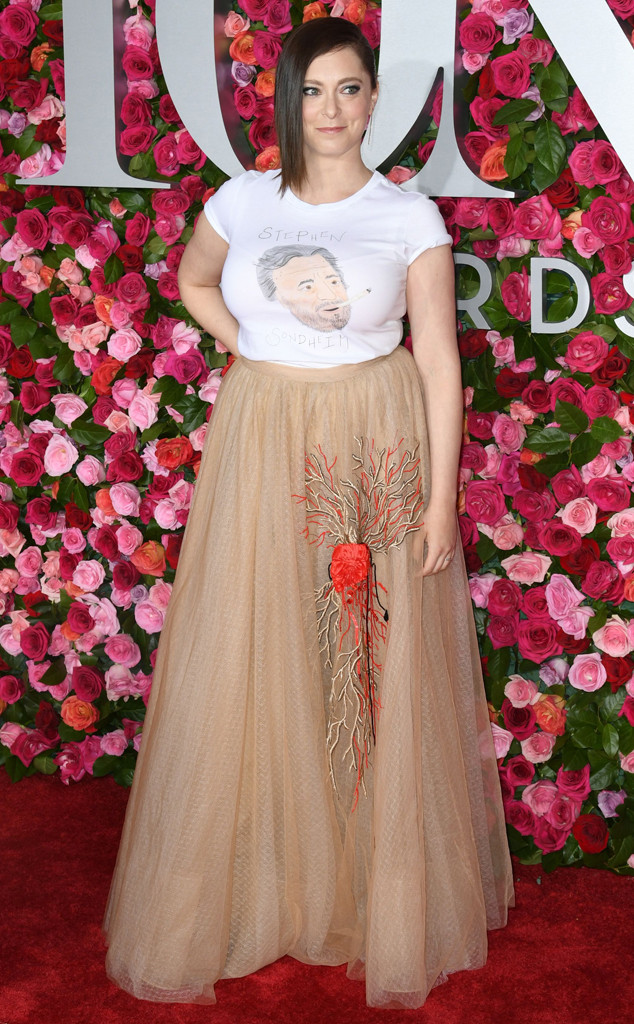 Crazy Ex-Girlfriend creator Rachel Bloom was back in action at the 2018 Tony Awards, where she interviewed performers, presenters and winners backstage for a second consecutive year; Bloom had a new collection of ridiculous hats and did bits with Amy Schumer and other actors.

Neil Patrick Harris—who hosted the show in 2009, 2011, 2012 and 2013—didn't attend the show at Radio City Music Hall in New York City, but he did offer up some critiques via Twitter. Suffice to say, Harris and his 7-year-old son, Gideon Burtka-Harris, weren't fans of her shtick. "Who is the woman in the top hat backstage at @TheTonyAwards?" Harris asked his 27.7 million followers. "Gideon remarked that she says 'like' and 'oh my god' a lot. I'm confused..."

The actress was quick to respond to Harris' shady comment. "I'm a big fan of yours. We've met numerous times and my husband, Dan Gregor, wrote for How I Met Your Mother for 5 years," Bloom tweeted. "Notably, he wrote the episode where your character finally meets his father." 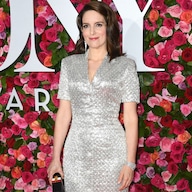 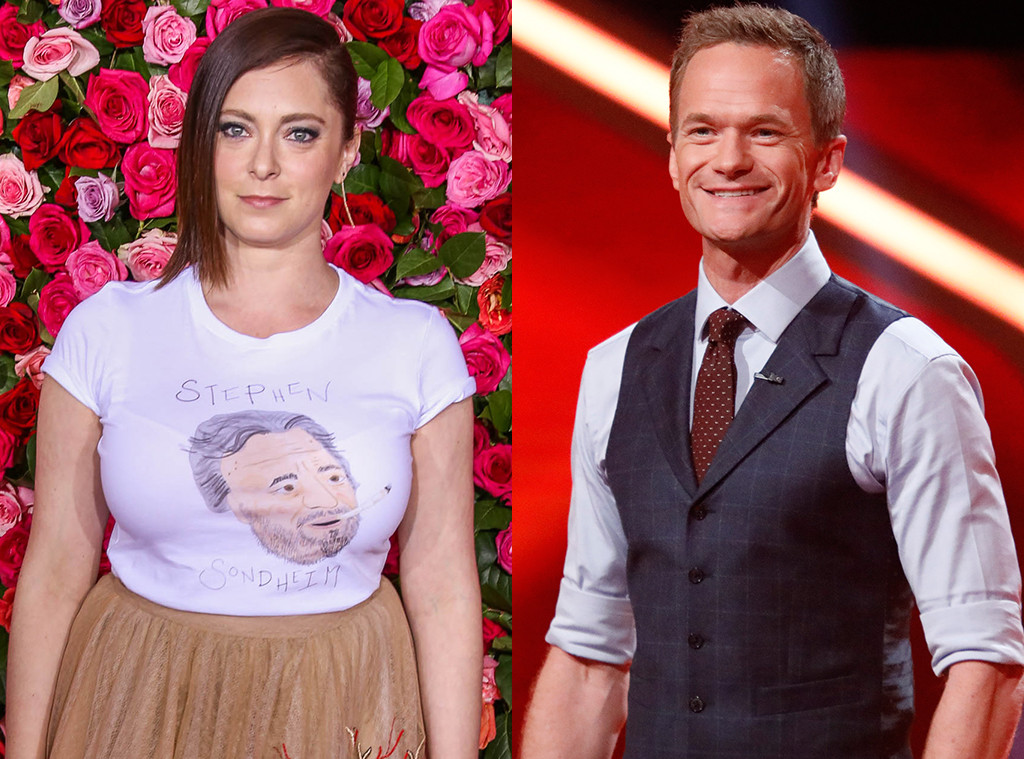 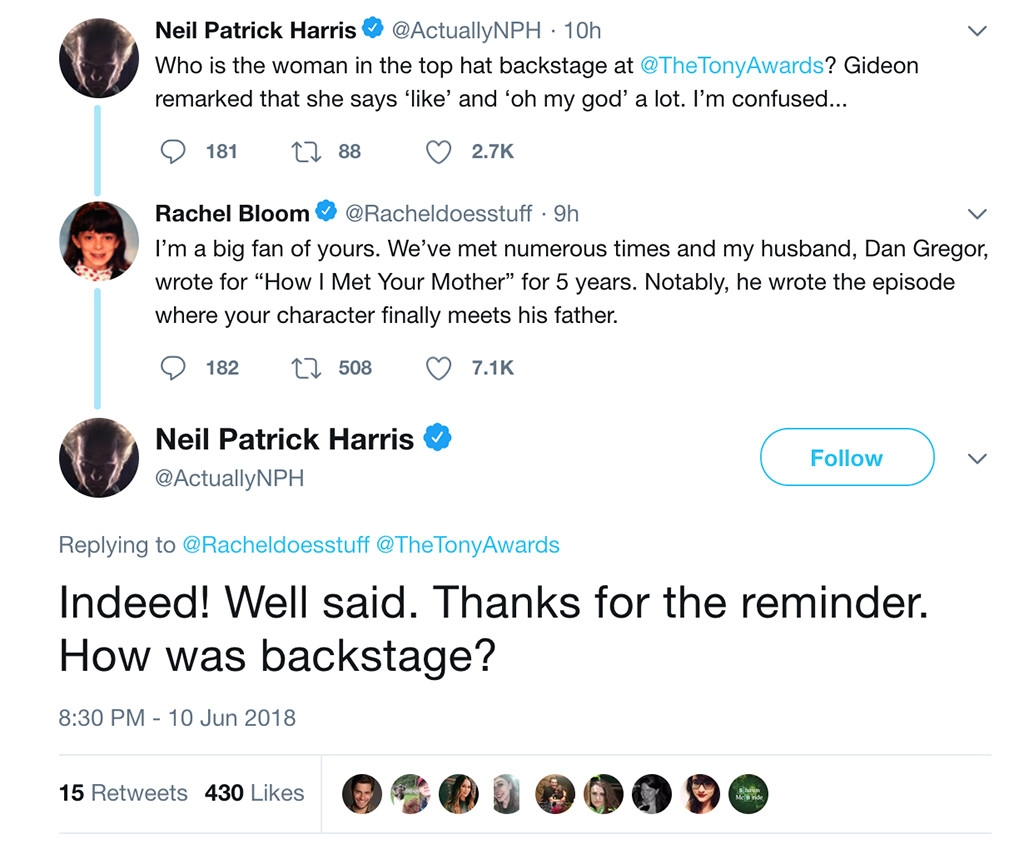 Harris later responded, "Indeed! Well said. Thanks for the reminder. How was backstage?"

That was the end of the awkward Twitter exchange...for now, at least.

Bloom wasn't Harris' only target on Twitter, as he also questioned why Once on This Island's Alex Newell was snubbed by the nominations committee, while Bruce Springsteen won a special award. "He uses teleprompters," he tweeted. "I don't get the logic..." At the end of the night, Harris congratulated the "entire" production team, tweeting, "It's a beast, and you tamed is incredibly well. So many performances, so many awards. Not an easy task. Well played." 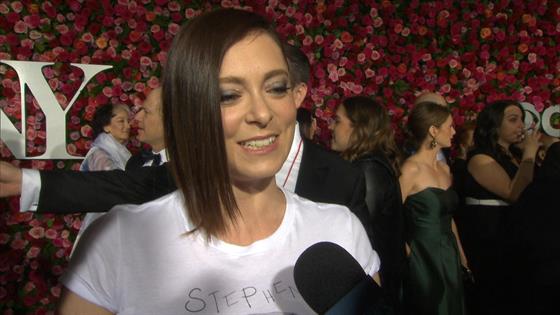