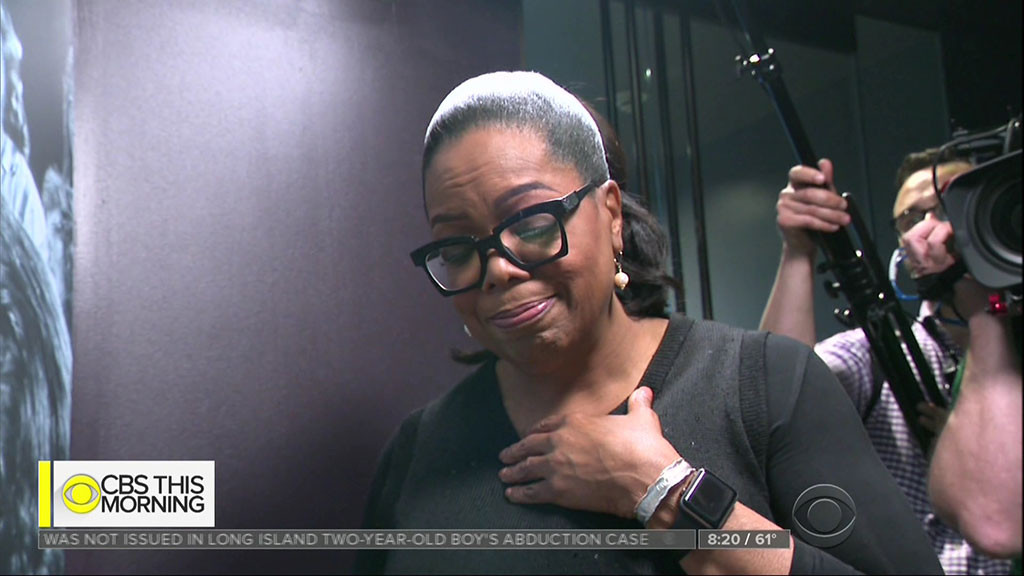 It was a walk down memory lane that ended in some touched tears.

In honor of Oprah Winfrey's new exhibit at the National Museum of African American History and Culture in Washington, D.C., the media mogul toured the display for the first time on Wednesday alongside colleague and longtime best friend Gayle King. The CBS This Morning co-host recapped the emotional visit Thursday morning with footage from the milestone moment.

The Smithsonian exhibit, called "Watching Oprah," aims to explore how the culture impacted Winfrey and how she, in turn, impacted the culture. As King chronicled with her footage, the exhibit begins as Winfrey's story does—in America in 1954, the year of the Supreme Court case, Brown v. Board of Education. The display explores more significant moments of the era as they coincided with Oprah's upbringing, including seeing The Supremes perform on The Ed Sullivan Show and other influential media moments.

"I often say this. I was born at the right time. I was born when the Supreme Court ruled that segregated public schools were unconstitutional, even though things didn't turn around immediately, it was a sense of hope and change," Winfrey said. 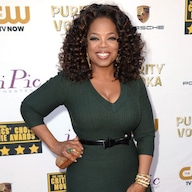 It's not long before the exhibit transitions into Winfrey's earliest years in broadcasting, including footage playing of Winfrey sporting an afro. An entry from her journal is also on display, written the night before The Oprah Winfrey Show's first national broadcast.

"I keep wondering how my life will change. If it will change. What all this means. Why have I been so blessed?" Winfrey read out loud. "Maybe going national was to help me realize that I have an important work or that this work is important. I just know  that I must be pressed to the mark of a high calling."

No Oprah Winfrey exhibit would be complete without one of the most iconic moments in the history of her show: the "You Get a Car!" episode. "I wanted a color that would match the bows," Winfrey recalled of her bright red outfit on that day.

Perhaps the most touching moment for Winfrey came when she approached a signature book where visitors can write messages about the impact she had on them.

"Oprah Winfrey and Gayle King inspired my decision to become a journalist," one entry read.

"Oprah brought my family together. We would all crowd around the TV to watch a woman do what we could only dream of doing. She gave me hope that I, too, can be on TV, a strong black woman like her," Winfrey read from another.

"Oprah Winfrey is the reason I love myself so fiercely and know that my voice matters," she read from a third. The feelings quickly set in and Winfrey covered her face as she began to well up.

King got choked up as well when she summarized the trip by recalling the words of the man who drove her to the exhibit earlier in the morning.

After coming to America from Pakistan in 1992, "he started watching The Oprah Winfrey Show and he would see her walk in the aisle with the audience and some of the issues she would cover, and he said I just knew she was a good human," she recalled as her voice broke.

"When I see all the things that are in this room, it is getting to me. At the bottom line, she really is a good human who just wants to do good in the world."

The exhibit opens to the public on Friday.