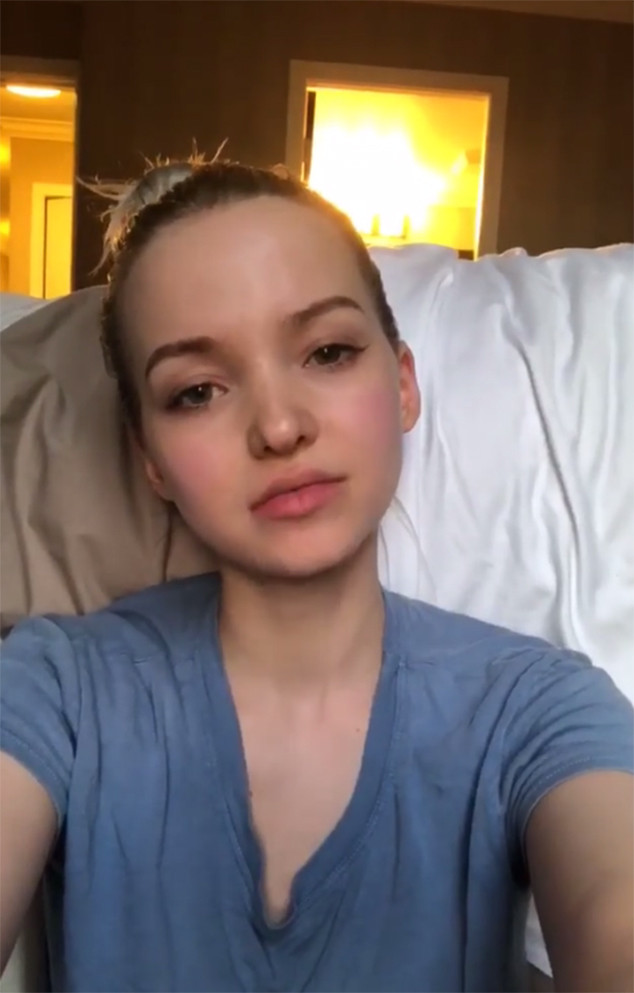 Dove Camerontook to social media on Thursday night to express her thoughts about the dark side of...social media.

The 22-year-old Descendants actress' comments, made via a series of selfie videos on her Instagram Stories feed, come amid what several polls carried out in recent years show to be growing social media fatigue worldwide, especially among her millennial generation, the first to be born while the Internet was mainstream, and teens.

"I really hate how Instagram makes me feel, I think, and I hate how Twitter and any kind of social media makes me feel," Cameron said. "Whether I'm looking at other people's lives or how I portray my life, I just hate the whole thing. I hate it. I think that they're something super wrong with staring at other people that much and I think there's something really wrong with staring at yourself that much. It's like walking around with a mirror up to yourself all day long. You don't even look at people's eyes. You look at how you come off to them, like you're watching yourself in a dream." 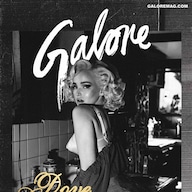 Like many celebs, Cameron uses social media often, sometimes to post selfies for fun, other times to promote products in sponsored posts. Also like many celebs, she also been the target of Internet trolls.

Cameron said during her Instagram Stories spree that social media can, however, be a "really beautiful thing."

Cameron also acknowledged the irony behind her Instagram Story.

"And I supposed it's all about defining, 'cause like, why am I even making this video right now, if I'm talking about social media in this kind of light," she said. "And I guess it's all about kind of finding your way of positively using something that can be super insidious. But then, how do you keep the insidious thing at the door?"

"It's just like, way too much information," she said. "Humans are not meant to have that much information put into their brains. We're meant to have simpler means of communication, we're meant to think about simpler things. Happiness is a simple emotion. Anxiety is super real and it's because of how complicated we're making everything. But then it's weird, because in our society now, it's like, if you feel like participating at all and feeling connected to what's going on around you and the people around you, that means you stay connected on this kind of stuff."

"We're all depressed," she said.

Research conducted over the past couple of years suggest social media use is associated with increased depression and anxiety, although the cause and effect are unclear.

Cameron revealed in 2016 on Twitter that she has battled anxiety her whole life.

"I can't decide if I want to delete everything or if I want to just be like real and open and honest and live my life like this, because I don't know what's more important; for me to feel connected to everybody else or to myself," Cameron said in her Instagram Stories spree. "Can I do both? I can't decide if I can do it all or if I have to pick and choose. And I guess that's kind of like growing up. I can't decide if not being able to do it all is me being afraid of my own abilities or being honest."

Cameron said it all boils down to individual perception, as "whatever turns out to be true for you is what's true for you, because you're the one perceiving the world."

"And I don't know why I feel the need to put all this on camera right now and then put it out in the world," she said. "I don't know why I'm doing this. But I'm doing it because I want to be doing it, so maybe some good will come of it...I think I started this wrong thing because I wanted to talk about how fear and love are opposite things and how you can't live your life if you're living in fear and you can only live it in love, so...I didn't talk about that but that's true. All of this is to say that I'm in a really good place right now and I know that I couldn't have gotten there unless I'd kind of separated myself from this a little bit and I think I'm going to continue to do that and focus more on like, getting in touch with what I really think and feel."

"So yeah, there's really no point in me posting any of this, except to say that I'm starting to do some human work...y, workness on myself and maybe if you see me doing it, you'll see that it's OK to do it," she said. "I don't know. None of this is real."

She also offered fans some advice.

"If there's a way that I can say this without sounding like I'm telling you what to do, don't put any stake on any of this," she said. "This doesn't mean anything, doesn't define you, doesn't have any bearing on our soul or your worth or your self-worth. You have to find that for yourself. It's not here. It's not on here."

Cameron said that after she began her Instagram Stories spree, her friend and stylist called her to ask her if she was OK.