Britney Ever After Gif Recap: All the Best and Worst Moments from the Lifetime Movie 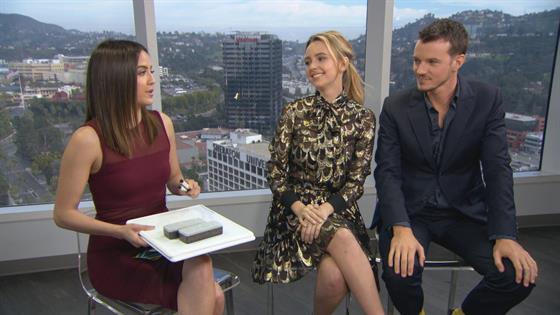 Now Playing
Up Next
"Britney Ever After" Stars Test Their J.T. & Spears Knowledge

Well, we made it.

Somehow, Britney Ever After—Lifetime's unauthorized Britney Spears biopic—has come and gone, and we just aren't quite sure what or why or how that was.

There were so many opportunities throughout those two hours to really live in some of the most iconic moments in the Britney's career, and instead we simply got glimpses at an alternate reality where everything was kinda familiar but not actually how we remember it, and where southern accents come and go like relationships in Hollywood.

Did we have a good time watching Britney's life story as told by Lifetime? We can't say we did. We spent most of the movie thinking about what could have been, and also about all the GIFs we were furiously making, in order to bring you a comprehensive gif recap of all the madness. 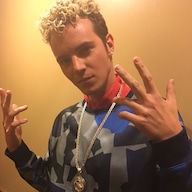 This brief shot in the opening credits is the most like Britney that "Britney" ever looked through the entire movie.

What? Britney doesn't have anyone controlling her life! What a funny question, producer!

Apparently this is Britney post "Hit Me One More Time," and not pre-8th grade. 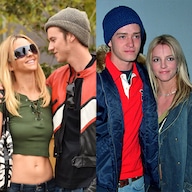 This tour bus has everything: Furbies, coffee machines, cool friggin' beans bunk beds, a built in TV, a DVD thingy, and most importantly, CUPHOLDERS.

Pour one out for Britney's poor old Louisiana boyfriend (and put it in your cupholder).

Remember when we had multiple posters of this boy and his Ramen hair all over our walls? 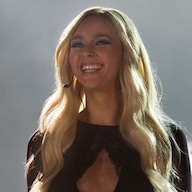 Did Britney do this? Does she laugh like this? Did a sign actually fall down behind her IRL or did that just happen on set and they went with it?

We're just really happy for Lifetime that "Happy Birthday" was finally added to the public domain so they could feature it in this film.

That tour bus really does have everything, fake virgins doin' it included. 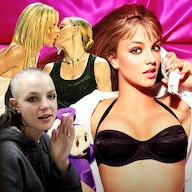 Is this supposed to be Britney ditching her suit and revealing those insane sparkly flesh-colored bellbottoms? This isn't even close.

What the hell are those outfits because those are definitely not the iconic denim numbers that Britney and Justin once wore to the AMAs. NICE TRY.

Britney's mom is just as over this as we are. 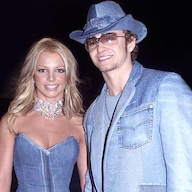 This is also what we do while we wait for Justin Timberlake to call.

Our favorite moment of the entire movie: Justin's gold chain got caught on Britney's embroidered jean vest as they tried to have sex. Is this canon or did you just not have time for another take, Lifetime?

Britney Ever After completely skipped over Crossroads (2002), but this scene in which she and her friend went to spy on Brad Pitt and then laughed in a car did feel kind of Crossroadsy. 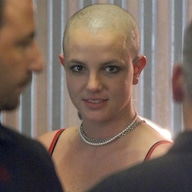 The Fall and Rise of Britney Spears: The Real Story Behind the Day the Biggest Celebrity in the World Lost Everything

We're going to need to see the receipts on Britney and Justin's post-breakup dance-off please and thank you.

This, ladies and gentlemen, is all we got of Britney's infamous kiss with Madonna at the 2003 VMAs. Literally just this.

However, the scenes concerning Britney's marriage to her hometown friend Jason Alexander were almost longer than the marriage itself.

Look at him, on break from working at Sur and filming Vanderpump Rules, we'd guess. 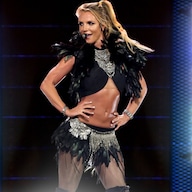 A Guide to Getting Toned Like Britney Spears?Spoiler Alert: You Better Work, Bitch

Surprise! Brown hair and a wedding!

This is Brit's sigh of relief after telling her manager that she's a married woman so she don't need your managing anymore, LARRY.

Britney got married twice and had two children in the span of like 15 minutes.

Glad she made sure to get that punctuation in there at the end of her divorce text. (This delights us.)

Ooh, girl. Britney could have actually pulled off a shaved head if she wanted. We would not recommend the same for this actress.

Did Lifetime even try?! It was an SUV at a gas station, not a convertible on the street. Amateurs.

The filmmaking in this scene got downright artistic out of absolutely nowhere. Too bad they couldn't have gotten it together for any of the performance scenes, which appeared to have been filmed in a dark closet.

Please. (Though if we're being honest, we got much more mad at that woman who yelled at that poor dog than we did at anything else tonight.) 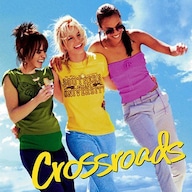 And here's where this movie is no longer fun.

And where we get really sad.

And where we start remembering all the crap this woman and her family had to endure, and we feel bad for laughing, and we also wonder about a lot of Lifetime's decisions. (Though we will laugh at this "disguise" Brit's mom was rocking.)

And also where this man, Sam Lufti, makes us want to punch things.

And where Manny, the messenger serving Sam with a restraining order, becomes the best character in the whole movie.

So in general, that wasn't a disaster. There were a few moments where we were like, "Wow." But for the most part, there was too much that was missing or shown incorrectly for us to qualify that as a good Lifetime movie about Britney Spears. Why were so many scenes wrong? Why were so many outfits off? Why didn't Britney look or sound anything like Britney? Why were the stage performances, which were and are such a big part of Britney's career, so badly filmed?

We just feel like there were a lot of chances to do something fun here, and they were almost all missed. But we guess all we have to say is thank god for the way Justin Timberlake used to talk, because that comic relief was much appreciated.