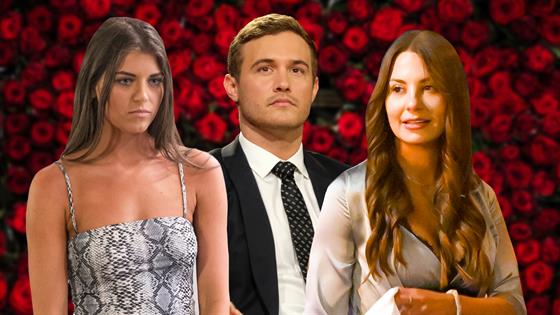 Hannah Ann Sluss has nothing but love for Peter Weber and Kelley Flanagan.

On Tuesday, the Bachelor alum appeared to give the new couple, who recently confirmed that they were dating after stirring romance rumors, her stamp of approval by "liking" a picture that Flanagan shared of herself and the fan-favorite pilot on Instagram. In it, Weber can be seen holding the Illinois native as they sport matching hunting outfits. Referencing their sweet pose, Flanagan captioned the post, "I know I'm a handful.. good thing you have two hands."

It's also worth mentioning that Weber's scene-stealing mom Barbra Weber liked the snap as well. In the past, she has made her love of Flanagan known, calling her son's girlfriend her "fave" on social media.

This comes nearly two months after Sluss shared that she was "blindsided" by news of Weber and Flanagan rekindling their romance in recent weeks. Virtually connecting with fellow Bachelor Nation star Nick Viall via Instagram Live, the 24-year-old said, "I was completely blindsided by a lot, if it has been going on all along that would be very sneaky... Maybe it will work out for them and he will be decisive about her." 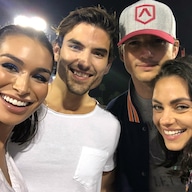 But that doesn't mean that Sluss was necessarily shocked over the pairing. She added, "Honestly, when I saw it, I wasn't really surprised, because that's been the pattern, everything going in all directions."

Throughout their relationship, Sluss never shied away from pointing out Weber's indecisiveness. During The Bachelor finale, the model confronted him over his inability to commit as viewers watched their engagement fall apart.

"Peter, we've been through a lot together, and I should have really picked up on the first red flag to give to me, when you wanted to reach out to Hannah Brown to find closure with her, so looking back on it, our engagement involved three women, me, you still being in love with Madison [Prewett] and proposing to me, and your need for closure with Hannah Brown," she told him. "That is three women involved in our engagement." 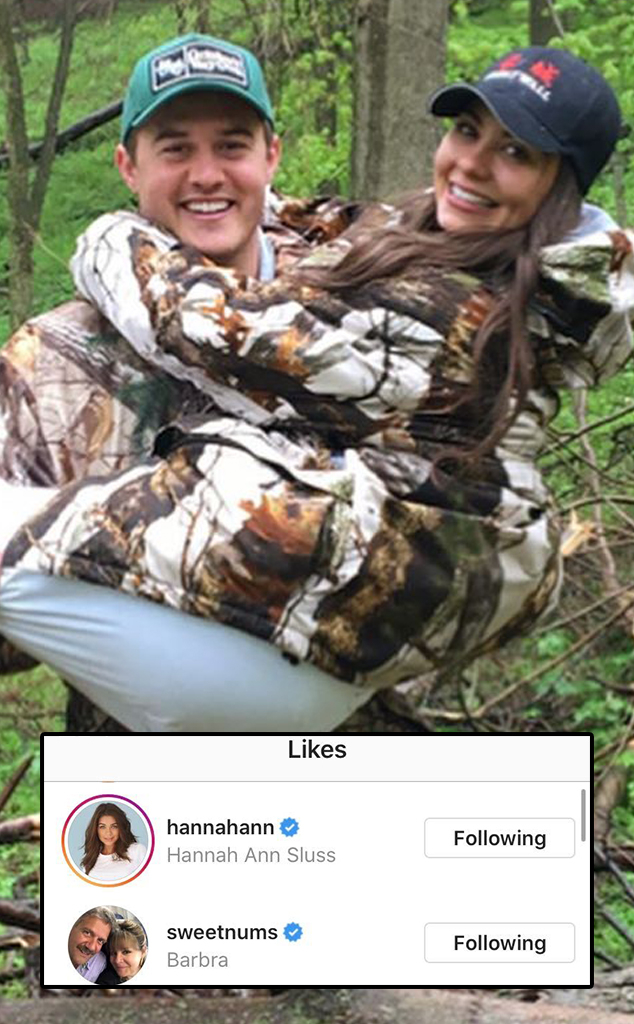 But, the model has since moved on. In recent weeks, she has been romantically linked to Pittsburgh Steelers quarterback Mason Rudolph. After the duo was spotted grabbing coffee at the end of April, a source close to Sluss shared with E! News that she isn't "serious" with anyone at the moment and isn't looking to settle back down after her and Weber's short-lived engagement.

She opened up about dealing with the aftermath of their public split during her visit to Off The Vine, saying, "It's weird because I got off the show, I was engaged. Then I was single, but I couldn't go out, couldn't go on a date or really text anyone because people would know I wasn't engaged. And then after the show, we go straight into being quarantined. I'm like, oh my gosh, my dating life is so dull." As fans will recall, Sluss also threw some shade at Weber's manhood during the interview by comparing it to a "bland" cauliflower.

While catching up with host Kaitlyn Bristowe, she also noted that she was having a "nice little quarantine fling" with a mystery man at the time, which now we know she was referring to Rudolph.