Why Making the Cut Failed to Dethrone Project Runway 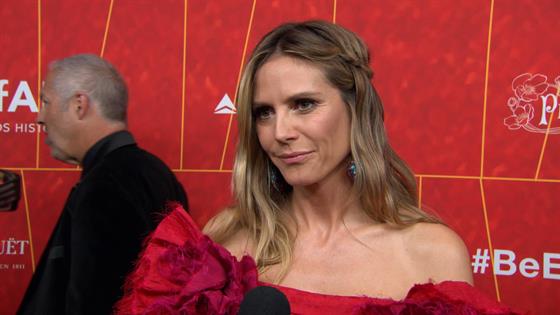 There was a lot riding on Making the Cut.

When Amazon announced they were going into business with Heidi Klum and Tim Gunn, the dream team who helped make Project Runway sing for years, first on Bravo and then on Lifetime, it seemed as though that would be the end of PR. The show was returning to the network that birthed it, back in the capable hands of Magical Elves, the production company that created it, after the collapse of The Weinstein Company necessitated its cancellation on Lifetime, but without its longtime host and, perhaps more importantly, its beating heart (that would be designer mentor Gunn). And the show's most visible faces were off, taking their own brand recognition to the retail giant for a show meant to directly compete with it.

"After 16 incredible seasons, I am saying 'Auf Wiedersehen' to Project Runway, a show that I was honored to host and help create," Klum said when her departure was announced in 2018. "I am incredibly proud of the show, and it will always have a special place in my heart. I am so appreciative of the dedicated fans, and most of all, I am grateful that we could shine a light on creativity and help launch so many talented designers' careers. I'm most excited that my journey with my dear friend and colleague, Tim Gunn, is far from over. We will be partnering with Amazon for a new show, and we're excited for everyone to see what we're designing next!" 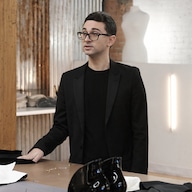 Project Runway Winners: Where Are They Now?

For a time, it seemed as though the smart money was on Making the Cut, the show Klum and Gunn eventually created for Jeff Bezos' behemoth The series would be truly global, pitting 12 entrepreneurs and designers from around the world against one another to find the fledgling brand worth elevating to global phenomenon status. Along the way, winning looks would be made available instantly in the show's store on Amazon and, eventually, someone would walk away with a cool million dollars to invest in their brand.

And yet, here we are at the end of the show's first season, with its final two episodes debuting on Prime Video on Friday, April 24, the entire thing airing after Bravo managed to get two full seasons of its new (and, dare we say, improved?) Project Runway on the air, and we're not so sure that what Klum described to Variety as "no longer a sewing competition," adding, "we're looking for a great brand, so they have to have a business mindset along with their creativity," really lived up to its promise. Allow us to explain why. Let's start with the designers competing for the win. One of the big differences between Making the Cut and Project Runway, Gunn and Klum liked to reiterate while promoting their new project, was that the global talent found would be more advanced and established in their careers.  "I would say Project Runway is the undergraduate program, Making the Cut is the graduate and PHD program," Gunn explained to reporters during the show's panel at the Television Critics' Association press tour in January. And while, ostensibly, that carried the promise of more elaborate and successful design, in actuality, it delivered 12 contestants who were so afraid to betray their brand identity, that they routinely avoided rising to the given challenge of each episode, just making what they wanted and rarely showing anything much different from the week before.

It was often nearly impossible to discern what made each designer's weekly accessible look (aka the one that would be sold on Amazon if the designer won) more so than their runway look. One designer--frontrunner Esther Perbant--had to be scolded into designing something that wasn't black, which she only did once before returning to a complete absence of color. In fact, there were several weeks where many runway shows almost exclusively featured clothes in neutral colors only. And while we were reminded over and over that this was no mere sewing competition, we didn't think that meant that some of these designers would be almost entirely lacking in an ability to construct a garment, and yet, in week two, designer Martha Gottwald went home because she had no idea how to finish her dress, sending it down the runway with just pins holding it together. 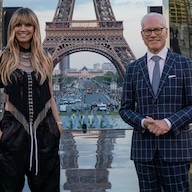 Heidi Klum, Tim Gunn Are Making the Cut on Amazon: Get the Scoop on Their New Show

Because this wasn't--say it with us now--just a sewing competition, the designers were each given the aid of a seamstress during each challenge, who would pick up the work overnight from notes left by the designers, often leaving the contestants either elated or baffled by what was waiting for them when they returned the next morning. The help was provided because, as Gunn told Variety, "that's how it's done in the real world." Well, shamefully, just as it's done in the real world, the show decided it was never worth it to even meet these seamstresses or see them in action. What could have been a fascinating component, watching these laborers try and figure out what the designers meant all while only communicating with them through written notes, was deemed irrelevant by the producers, likely to save time for the next flaw on our list.

Each week, we were forced to watch as Klum and Gunn explored the far-flung locale they show was filming in that week, perhaps to justify being there in the first place. But often, these segments felt cheesy, forced and wholly unnecessary. Did anyone coming for a next level of fashion competition really want to be forced to watch the two compete in a VR fight while in Japan? Because we sure didn't. 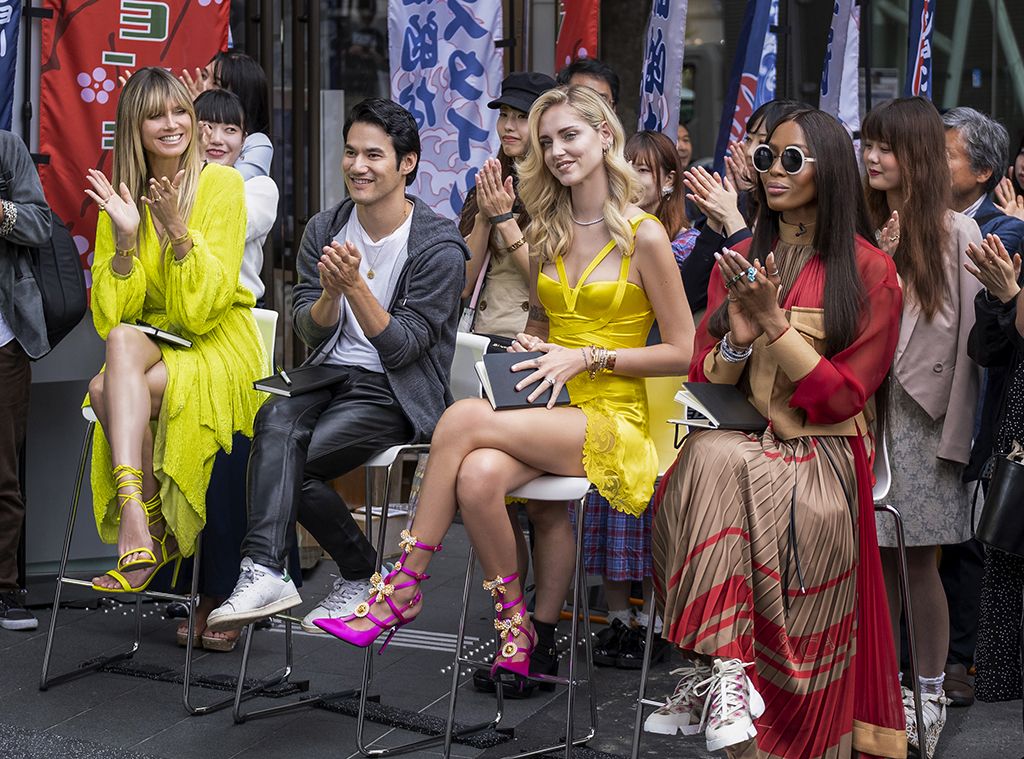 The Judges and the Judging

The show's judging panel was announced as including Naomi Campbell, Nicole Richie, Vogue Paris editor Carine Roitfeld and designer Joseph Altuzarra, and while the show filmed in Paris, all four joined Klum in deciding the winning and losing looks. But once the show left France for Japan, suddenly Roitfeld and Richie were nowhere to be found, taking their interesting and entertaining commentary with them, leaving Campbell to do much of the heavy lifting while Altuzarra remained a rather bland presence. Added into the mix was Italian fashion blogger Chiara Ferragni, and we're not sure if it was a language barrier or merely a startling lack of personality that was to blame, but she failed to fill the hole left behind by Richie and Roitfeld. We'd be hard-pressed to recall even a single line of commentary she provided.

And then there's the show's trope, repeated ad nauseam, that one conversation can change everything, forcing the designers on the bottom to plead their case to the judges to see if minds can be changed and a stay of execution received. It often led to cringeworthy moments where contestants were forced to grovel, and it never even  paid off. In the first eight of 10 episodes, only one designer was spared through the gimmick. And then he was dismissed the following challenge. 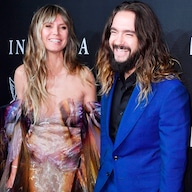 We get that Amazon threw a ton of money at this show. The proof is right there in the grand prize. But something about flying contestants from around the world into New York City, where the premiere began, only to tell them they were immediately leaving for Paris felt gross and wasteful, not to mention incredibly tone-deaf in a time of great climate change. Why not just start in Paris? And while we're on the topic of the show's globe-trotting, while the first fashion show backlit by the Eiffel Tower was certainly impressive, none of the other expensive locations did much but distract from the drab and routinely colorless clothes. There's a reason Project Runway holds its fashion shows almost exclusively in the same studio: so you can focus on the fashion.

For a show about finding the next global fashion brand, there's something remarkably disheartening about the fact that the final three designers--the German Perbant, American Jonny Cota and Belgian Sander Bos--are all white Westerners. It speaks to a larger issue about white designers being able to strike out on their own and advance their careers much quicker than their counterparts of color, thus giving them more of the experience and tested vision these shows value, and also just feels sad for a show purporting to represent the globe.

That's not to say the show was all bad--for instance, Campbell was revelatory as a judge, by far the most interesting point of view on the panel and the capability for viewers to shop winning looks immediately in the same place they're used to ordering everything else is a novel idea--but in a world where Project Runway already exists and Netflix beat Amazon to the punch with a fashion competition of their own (the charming, but not without faults of its own, Next in Fashion, hosted by Tan France and Alexa Chung), was Making the Cut able to, as Klum routinely impressed upon the show's contestants, cut through the noise? That, we're not so sure.

Making the Cut season one is available to stream on Amazon Prime Video now.