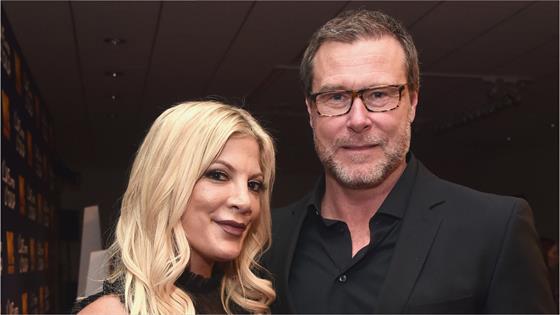 Dean McDermott is standing by his wife Tori Spelling.

After the Beverly Hills, 90210 star came under fire for charging fans $95 for a virtual meet and greet amid the coronavirus pandemic, her husband took to Instagram to defend her.

"Hi everybody. I find myself having to come to my wife's defense again," he said in a clip shared to the social network on Tuesday. "I'm really disappointed because she's catching flak and being dragged for doing a live meet and greet. People are upset that, given the current situation we're in in the lockdown and the coronavirus, that she's 'charging' people money to do a meet and greet."

The 53-year-old celebrity claimed the 46-year-old actress was approached by a company to do the meet and greet and that the idea was to provide some entertainment, levity, fun, humor and love to fans who are social distancing.

"But no! Instead, because it's Tori Spelling, she gets dragged and she gets the haters coming down on her for simply doing something to entertain people, but more importantly, to provide for her family," McDermott continued. "What is wrong with that? What is wrong with providing for your family at this time? All the studios, everything is shut down. She has no way to work like everybody else. She has no job to go to. So, why can she not work from home and do a live meet and greet with fans and give them some light and love and have some fun? There are numerous celebrities out there that post stuff and influencers, and they're out there making money every single day. But no, let's drag Tori Spelling. Let's give her a hard time."

McDermott then called his wife "one of the hardest-working women in the business" and reiterated she is "simply providing for her family."

"So everybody needs to back off and just take a breath and relax," he said. "I don't know how many times I've had to come on here and tell people to chill out. She's a wonderful person; she's providing for her family. But Tori Spelling always, always gets the haters and gets dragged. And this is the other thing: You know what? It used to be cancel culture; now it's drag culture and this has to stop, too. You have to stop dragging people. She's simply trying to make a living, trying to provide for her family and provide some entertainment. You want to drag some people? Why not drag people who are making millions of dollars doing this? And how do you know…she's not giving part of this to charity?" 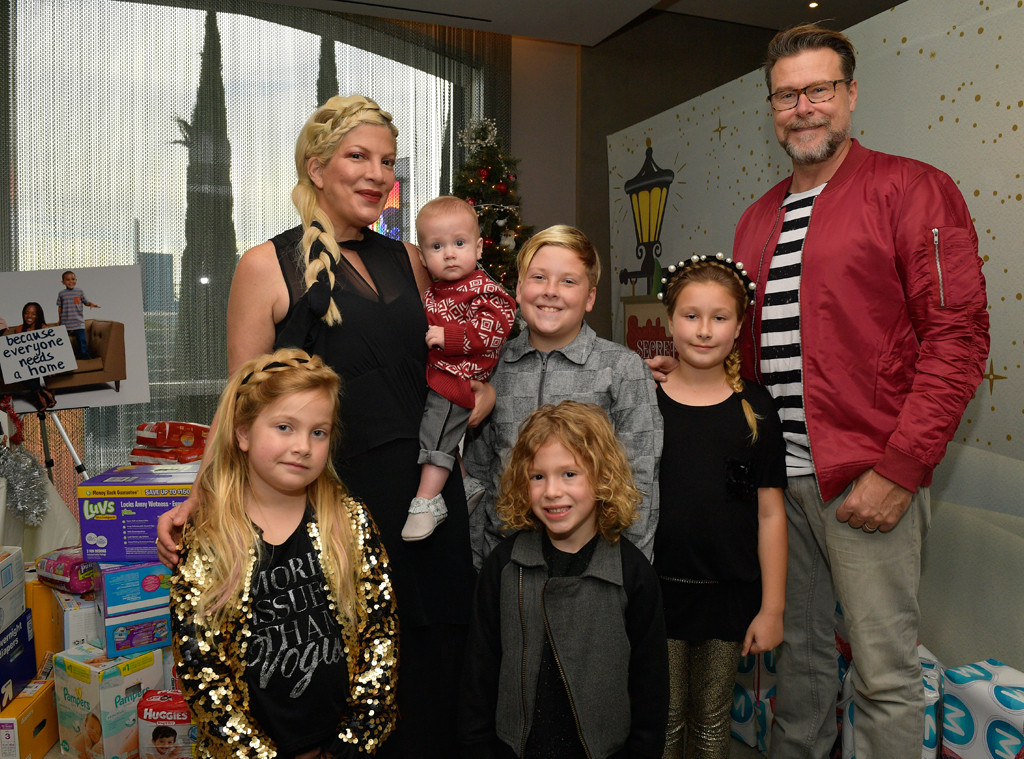 He also argued that people don't see the actress talking to fans in a grocery store or over the phone after being recognized.

"Nobody sees all the stuff that she does on her own time, even with her family in tow," McDermott said. "She has time for everybody and all her fans. So, stop the dragging. Stop it. It's ridiculous. Let people be. This is a difficult time, and we're all trying to do our best."

He then encouraged his followers to "show a little love and compassion out there."

"Everybody's all about love and 'we're all in this together,'" he said. "So, let's be in this together. And if people are making money and making a living—influencing or doing meet and greets or doing videos—let them alone. Would you go to someone's house who is a computer programmer who's working from home and say, 'Hey man, why don't you do this for free because of the situation we're in?' No, you wouldn't. But no, because it's Tori Spelling, you think it's OK to do. Well, you know what? I tell you it stops now. Stop the dragging and get off my wife's back. Because we are all in this together with love, and light, and fun, and entertainment, and compassion and empathy. Stop the dragging now."

Spelling promoted the meet and greet via Instagram earlier this week.

"Can't wait to do my first ever virtual meet and greet Thursday, April 9 at 5pm PDT," she wrote via Instagram on Monday, per Us Weekly. "Only 20 spots available so reserve your spot now. Link in my bio xoxo."

It wasn't until fans clicked on the link that they noticed the price tag. Some followers then criticized the star.

"Of course it's $95 because during a Pandemic we all have that to spare what a bummer …." one follower wrote in the comments section of the since-deleted post, per the magazine.

"Damn people are dying, and you still thinking how to gain money from us… what you were and what you became," reportedly added another.

Others, however, seemed to stand up for Spelling. According to Us Weekly, one follower argued Spelling shouldn't have to "stop trying to make money and take care of her family just because someone else can't," adding, "You go Tori, u take care of your family."