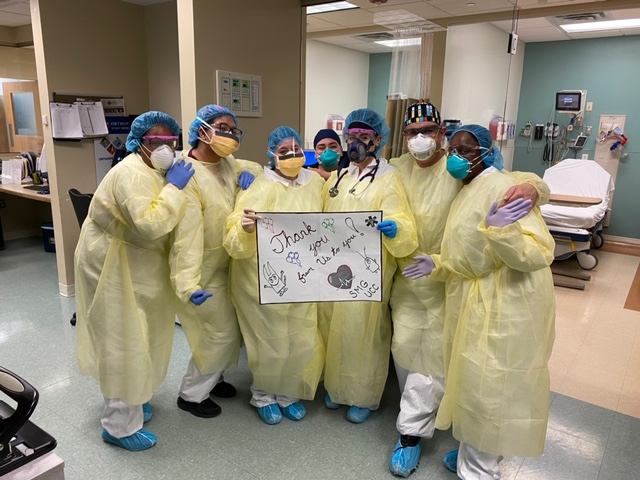 In a time of great need, communities are pulling their resources to make a major impact in society.

Amid the Coronavirus pandemic, New Jersey resident Liz Bernich is helping to feed the front lines with FLAG, Front-Line Appreciation Group of Chatham and Madison. Liz, who is the founder of the Chatham chapter, partnered with friend Gina McGuire to help get food and resources to those healthcare workers in need. Liz spoke to E! News about the work she and Gina are doing with FLAG and how it came together.

"A friend of mine had posted on Facebook a quick picture of [New York's] Huntington Hospital's Meals Group and that they were basically organizing a boatload of meals over to the hospital that night," Liz tells E! News. "And I thought, that is totally brilliant, we should be doing the same thing here in New Jersey. So I re-posted a screenshot of that to my community page and asked if people would want to gather and do the same thing. I turned my phone off, went to watch a movie, came back and my computer was going off, it was so funny."

"By the next morning I had already arranged meals for the ER for that night," Liz continues. "I reached out to a friend of mine on the EMS squad who hooked me into a nurse who gave me the scope of how many people were there. We started delivering meals on the 20th and teamed up with the neighboring town that same day and renamed the group FLAG on the 21st and it's kind of shot like wildfire since."

"We are now in 17 states across the country, 64 chapters of FLAG. It's totally amazing," Liz tells E! News. "The responses I'm getting from people on what it means to them is just phenomenal. It's so fulfilling. For them, it's something positive to do, a way to give back. For the nurses and the doctors and the techs and the security guards and everyone who's at the hospitals and the testing centers it's a lifeline. And it's been so well-received."

"The comments and pictures and notes, its been unbelievable," she says. "It seems like a simple, simple thing but the reality is our economy is significantly at risk, especially small businesses. To be able to keep them afloat and provide some love and care to those who are risking themselves is just awesome." 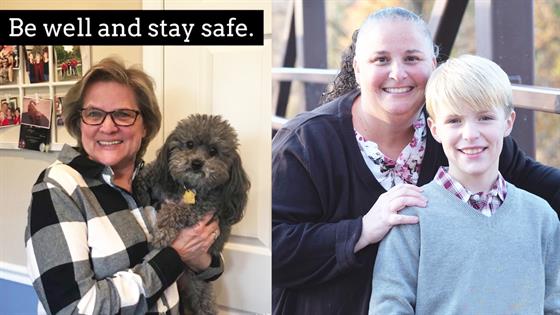 According to Liz, to date the Chatham Madison chapter has raised over $107,000 in two weeks, with over 4,700 meals delivered. Restaurants have been paid back over $31,000 and there have been over 200 meals a day—breakfast, lunch and dinner—to the hospitals, to the testing sites, the fire department, the police department, and the EMS squad. "We're trying to hit all parties," Liz says.

Just from the New Jersey chapters alone, over $300,000 has been raised, she shares, adding, "The value that we're bringing back to the communities is immeasurable."

(This story was originally published on Tuesday, April 7 at 12 p.m. PT.)