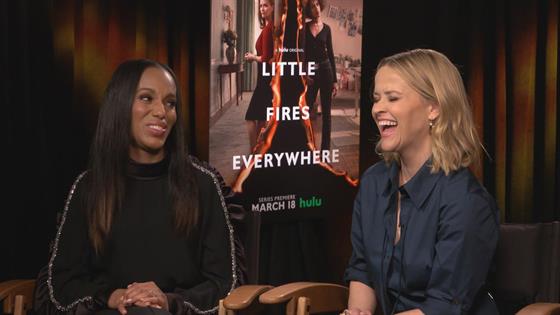 Reese Witherspoon wasn't seeing the opportunities she wanted, so she decided to go out and create them herself.

"Choices used to be made for me a lot," the Oscar-winning actress told Parade recently. "I made a decision about eight years ago to start my own company because I wasn't happy with the choices being made for me, and I didn't see a place to exist within the industry that we had."

"As women, we can buy into the idea that we're less important," the Emmy-nominated star told USA Today. "We get caught up in other people's stories. If I'm stepping into my fullest power and living up to my full potential, then I'm serving the other people in my life too."

The longtime friends are now sharing the screen, about 10 years after first meeting each other at Leonardo DiCaprio's house for a script reading that didn't amount to anything at the time. 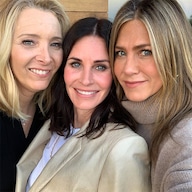 "So we decided to start our own project," Witherspoon joked to E! News' Will Marfuggiwith a smile. "Our own situation," Washington agreed.

That situation is the eight-episode adaptation of Celeste Ng's 2017 best seller Little Fires Everywhere, premiering March 18 on Hulu, about the pile-up of misunderstandings, jealousies, class inequality, and teen trauma that precede the novel's opening scene: a home in the upscale Ohio town of Shaker Heights burning to the ground.

In addition to co-starring as mothers from opposite sides of the economic divide, Washington and Witherspoon are executive producers, another flag planted in the multitasking actresses' ongoing quest to get more stories about women, created by women, into the world. 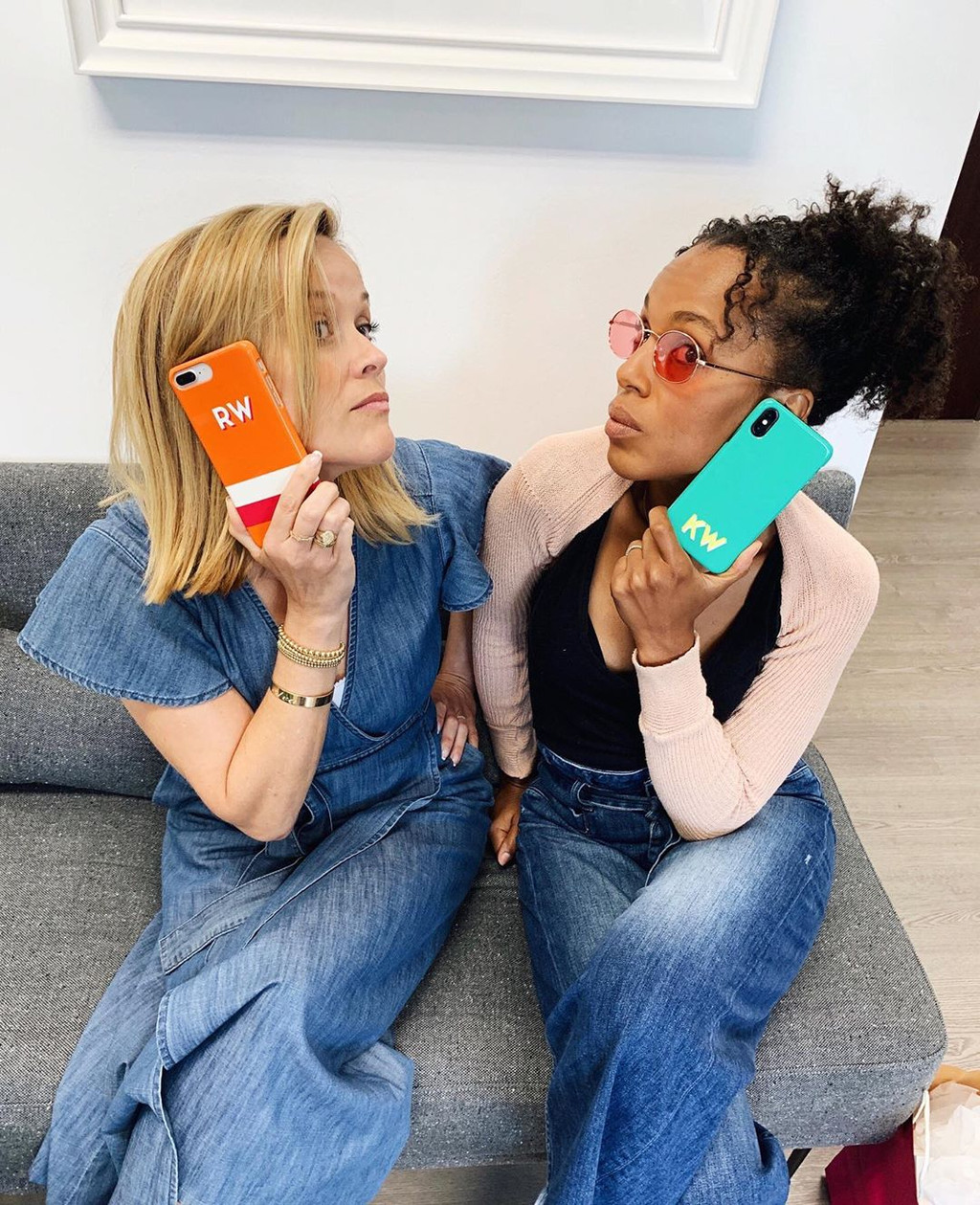 The road to bringing the novel to the screen started with Witherspoon, a mother of two, who immediately connected with the book when she read it.

"The way [Ng] describes motherhood, the way she describes—sometimes as a kid, you connect with a woman who isn't your mother, but she mothers you," Witherspoon said. "And I think a lot of people feel that way, like, 'Hmm, I don't understand my mom, but that woman is so amazing.'

"And I think the minute we started to go and think about how will we bring this to life, we thought of Kerry," she added. "...And it just felt like a perfect partnership, 'cause it's very equally balanced. I needed her to carry half this production!" 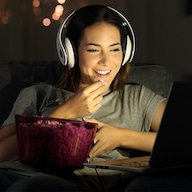 12 Gifts for the Binge Watcher in Your Life

Needless to say, Washington—also a mother of two, one who changed the paradigm for leading ladies on network TV playing political fixer Olivia Pope on Scandal and also ventured into producing in order to have a bigger role in which stories were making it to the screen—got right on board.

"We really did birth this baby together," the three-time Emmy nominee, who said she "dropped everything" to read Reese's email asking if she wanted to collaborate, told E! News.

Witherspoon launched her first production company, Type A Films, back in 2000 and has since merged all of her shingles under the umbrella of the multimedia company Hello Sunshine, which she co-founded in 2016. Starting as an executive producer on Legally Blond 2: Red, White and Blonde, she's been at it since long before the TV renaissance, much less the advent of streaming. 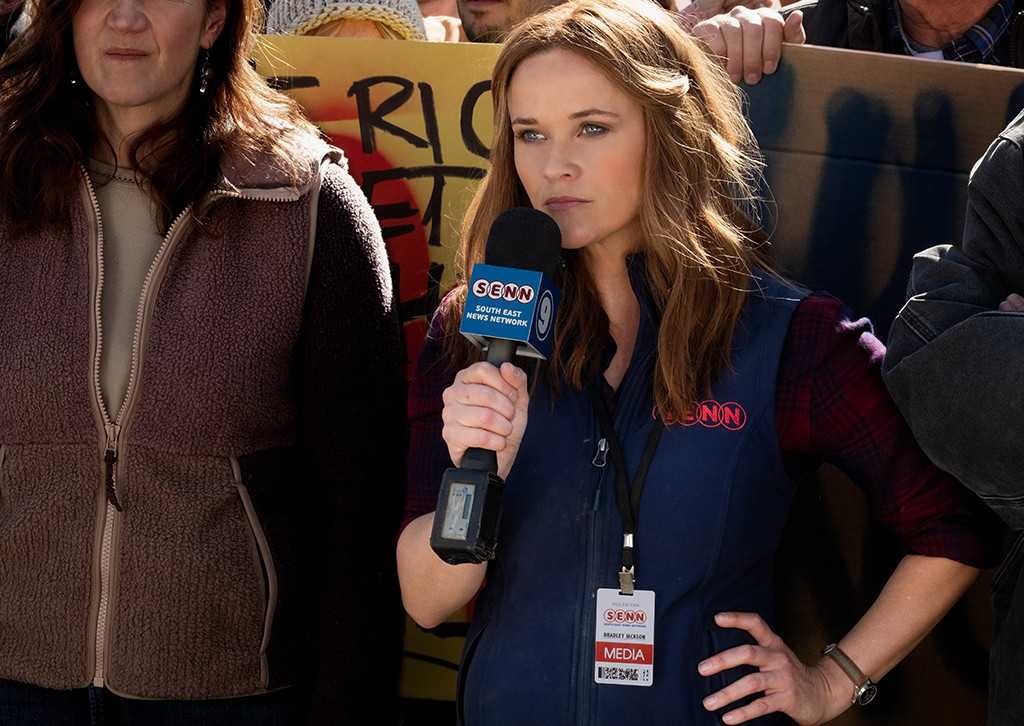 Which, she acknowledged, has changed everything.

"There just wasn't a spectrum of storytelling for women that I felt was representative of the world that we walk through and that our daughters are seeing on film and television," Witherspoon, who also stars and executive-produces (with Jennifer Aniston and a coterie of others) the Apple+ series The Morning Show, told Parade.

"The emergence of streaming and the confluence of deciding to start a company, I guess I was psychic. I had no idea the whole world would open up for us, but it has changed my life. The ability to work with different storytellers, to be able to option books and partner with other people I respect and admire who also have a perspective that is not my own, but is just as valuable, has changed my entire experience. Now, I primarily generate everything that I do." 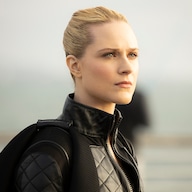 Kept Us Waiting: Westworld and 13 More Shows With Major Gaps Between Seasons

Witherspoon has two streaming series on right now, not counting HBO's Big Little Lies—which, of course, has been streaming since premiering on the premium cable network (which is launching the streaming-only HBO Max in May). 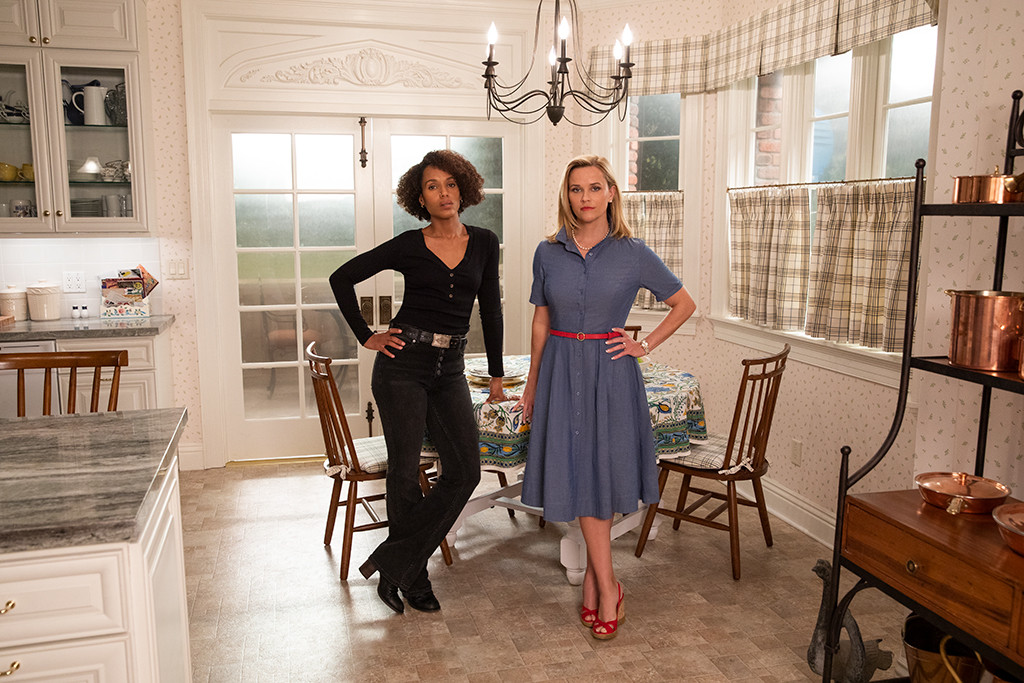 This is Washington's first project made directly for a streaming service, though she previously starred in and produced the film American Son, an adaptation of the play of the same name she starred in on Broadway, playing a mom demanding answers from the cops after her son is pulled over in a traffic stop and no one can tell her what happened next. Netflix snatched it up for distribution after it premiered at the Toronto International Film Festival last year.

Washington has called the decision to take Little Fires Everywhere to Hulu was an easy one—inspired in part, the actress said, by the Disney-owned service's data-driven approach to programming. 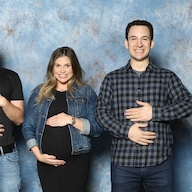 "They knew where people were going to watch me already," Washington said at Cannes Lion last June. "Hulu had data to show it would be successful."

At the same time, she continued, "In order to really disrupt, you have to be willing to not just go according to the algorithm but also take a risk. It's something that people are hungry for...Let the data inform the risk-taking."

"When Scandal first came on the scene people talked about it being the first show in 40 years with a black woman at the center and people called that a risk," Washington said. "But now you're hard-pressed to turn on any network and not find a woman of color at the center of a story because we realized it is not a risk." 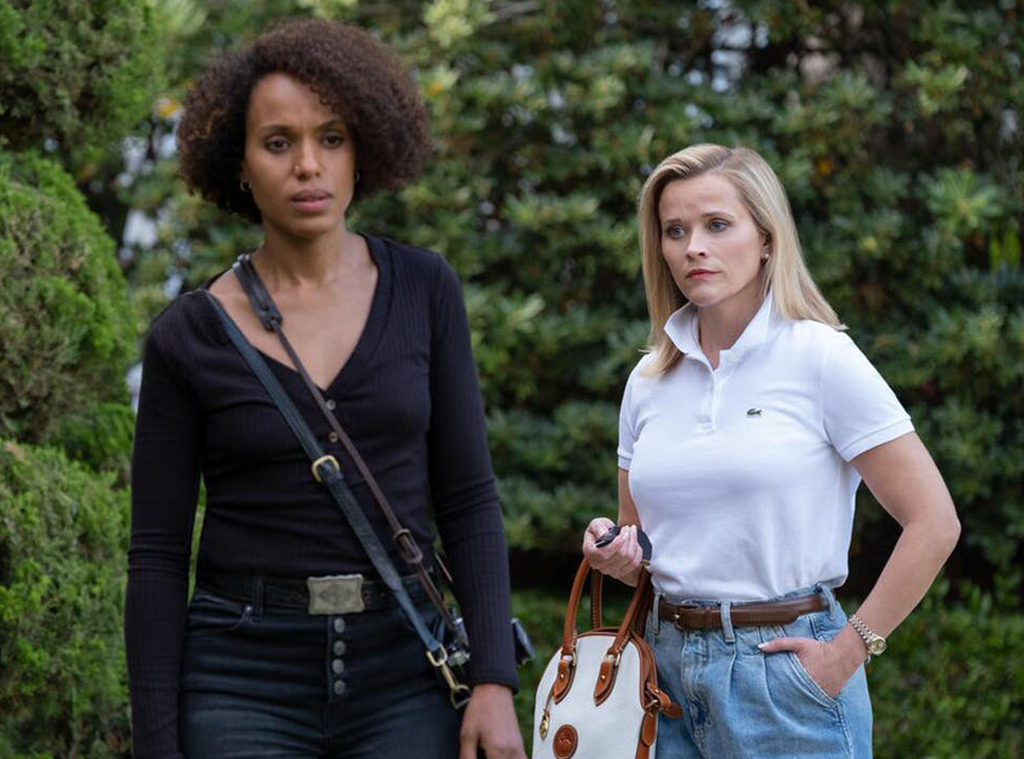 In Little Fires Everywhere, Washington plays Mia—the single artist mom whose more free-spirited, empathetic ways endear her to the daughters of Elena, the woman whose house she cleans, played by Witherspoon. Their kids become friends and, the more time Elena's kids spend over at Mia's cozy little abode and the more intertwined their lives become, the more Elena can't handle it. Meanwhile, Mia has her secrets too, naturally.

"You really start to understand," Washington told E! News, "that in society we talk about 'good mothers' and 'bad mothers,' but it's a lot more complicated than that. Everybody's doing the best they can and everybody's struggling, and I think that's part of what our task was—kind of deepen our understanding of the challenges of being a mom and how it's really hard to say that you're one kind of mother or another, or a good one or a bad one, that's we're all just doing this the best we can." 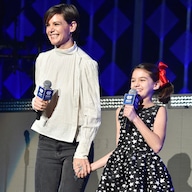 "And when you think about the years of lack of storytelling about the real experience of being a mother," Witherspoon added, "[having eight episodes to tell this story is] really very rich."

And she and Washington relished being in on it together.

"I think we are in a really exciting place in terms of opportunities for partnership with other women," Washington said, "but I also feel that this was a unique partnership, just because, I don't know, sometimes you stumble upon magic, when you're like, 'Oh, this is somebody who I love to work with, who I trust, and I know that we're making each other better.'

"Maybe as more inclusivity is alive in the world of producing, we'll be able to find other kinds of partnerships that serve us and balance us out in ways. But I know, no matter what, this will always be a special one."