After the National Basketball Association announced it is suspending game play over coronavirus concerns, LeBron James took to Twitter to react to the news.

"Man we cancelling sporting events, school, office work, etc etc," he wrote via the social network. "What we really need to cancel is 2020! Damn it's been a rough three months. God bless and stay safe."

The NBA made the announcement on Wednesday after cancelling that night's game between the Utah Jazz and the Oklahoma City Thunder at Chesapeake Energy Arena in Oklahoma. Earlier that day, the organization revealed that an unnamed player on the Jazz had "preliminarily tested positive for COVID-19." According to the organization, the "test result was reported shortly prior to the tip-off" of that night's game, and the "affected player was not in the arena."

"The NBA is suspending game play following the conclusion of tonight's schedule of games until further notice," the NBA said in a statement. "The NBA will use this hiatus to determine next steps for moving forward in regard to the coronavirus pandemic."

The Jazz released a statement on Wednesday, as well.

"This morning a player on the Utah Jazz tested negative for influenza, strep throat and an upper respiratory infection. The individual's symptoms diminished over the course of today, however, in a precautionary measure, and in consultation and cooperation with NBA medical staff and Oklahoma health officials, the decision was made to test for COVID-19," the team's organization stated. "A preliminary positive result came back right before tip-off of the Utah Jazz-Oklahoma City game. Subsequently, the decision was correctly made by the NBA to postpone the game. When it was determined that the individual would be tested, we immediately informed the league office. The health and safety of our players, our organization, those throughout our league, and all those potentially impacted by this situation are paramount in our discussions."

The Jazz then made it clear it's "working closely with the CDC, Oklahoma and Utah state officials and the NBA to determine how to best move forward as we gather more information."

"The individual is currently in the care of health officials in Oklahoma City," the statement continued. "In coordination with the NBA and state officials, we will provide updates at the appropriate time." 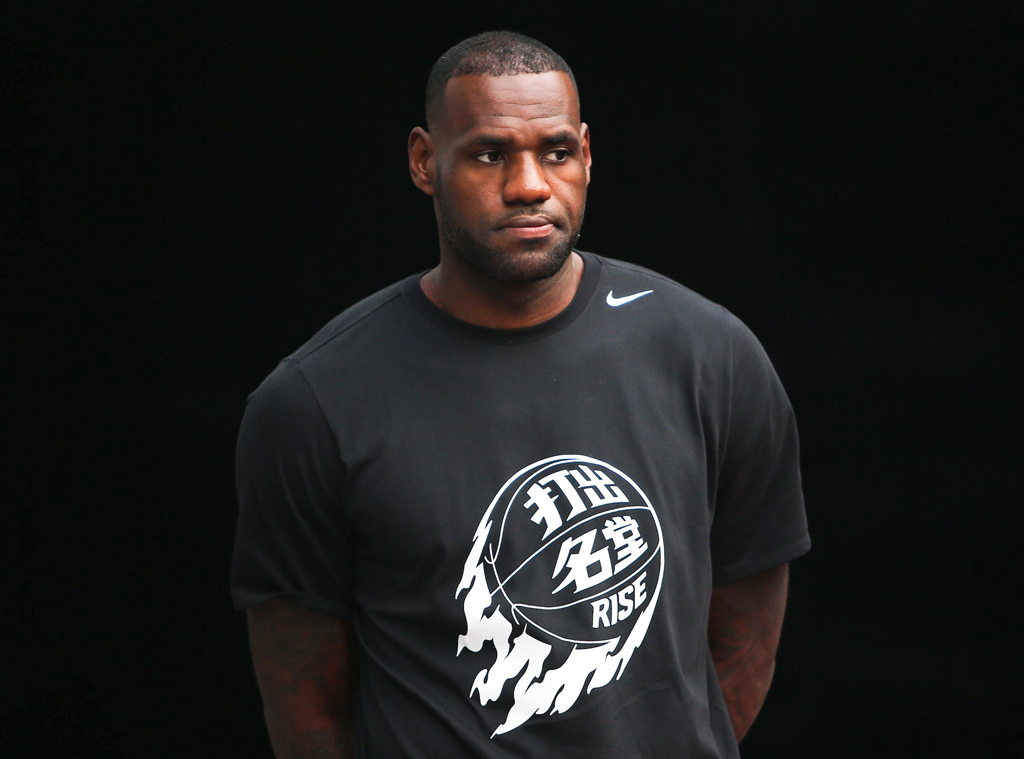 As noted, 2020 hasn't been the easiest year for James. Earlier this year, he also mourned the death of Kobe Bryant. Bryant and his daughter Gianna died in a helicopter crash in Calabasas, Calif. in January. Seven others were killed in the tragic accident, as well: John Altobelli, Keri Altobelli, Alyssa Altobelli, Christina Mauser, Payton Chester, Sarah Chester and Ara Zobayan.

A celebration of life service was held in February. James was not pictured at the service and was asked if he attended during an interview with the Los Angeles Times.

"Like I said, man, it's just....I respect your question, for sure," he told the newspaper in February. "It was very emotional, very emotional day, very tough day for myself, for my family, for everyone involved."

He did, however, praise Vanessa Bryant for her speech.

"The one thing I can come out of this saying is how strong and how bold and how powerful Vanessa [Bryant] is to stand up there the way she did, to give the speech the way she gave that speech," he continued. "I commend her. My heart is with her family still, with his three daughters that's still here, with his wife, with his mom and dad, his sister. It was just a very difficult day. Obviously celebration, but it was a difficult day for all of us. I'd appreciate it if we can move on tonight. That would be great."

He also said "it's never going to be a closure."

"I mean, we continue to live on his legacy and continue to have our hearts heavy with both sadness and with happiness for his family that are still here," he later added. "So, it's not a closure. But it was a celebration, which was well received from not only the Laker faithful, not only the family here, but everybody around the world."