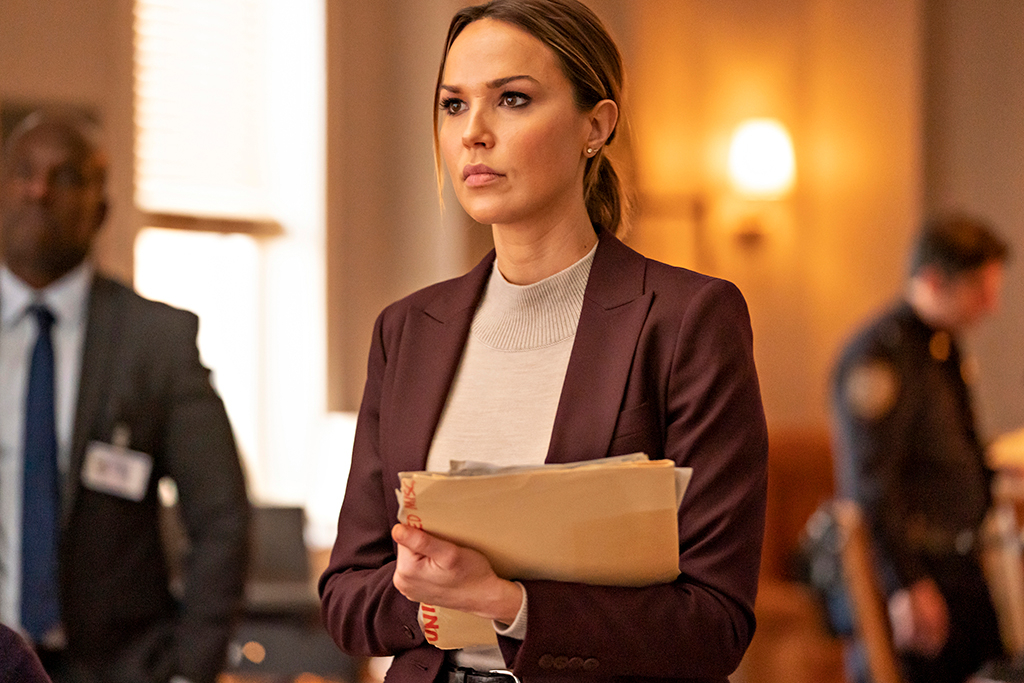 Arielle Kebbel has been on one heck of a TV journey, that's taken her from Stars Hollow (Gilmore Girls) and Mystic Falls (The Vampire Diaries) to Miami Beach (Grand Hotel) and now the streets of New York City as Amelia Sachs in Lincoln Rhyme: Hunt for the Bone Collector.

"[My favorite thing about Amelia is] how vulnerable she is, which actually makes her strong…She doesn't even know what she's capable of sometimes, but she does it anyway. And I like that. I have this kind of mantra with her that I always bring forward which is being fearless doesn't mean you don't have fear," Kebbel told E! News. "It means you're full of fear and you do it anyways. And I feel like that's been a good mantra for me to carry into each day of work with her."

But before she was hunting for one pop culture's most notorious serial killers in Lincoln Rhyme: Hunt for the Bone Collector, Kebbel was cutting her teeth in guest spots, including a recurring role on Gilmore Girls. For a number of episodes, Kebell was known to viewers as Lindsay Lister and then Lindsay Forester, wife of Rory Gilmore's (Alexis Bledel) first love Dean Forester (Jared Padalecki). When she got the part—her first appearance was in season three—Kebbel said she was unaware of how big the show was and was going to get. 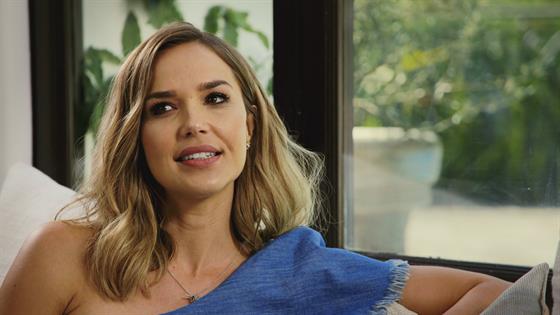 Now Playing
Up Next
Does Arielle Kebbel Have Psychic Abilities?

"They sent it on a VHS so I could watch some of the episodes so I could prepare. And they sent it with a note and they said, ‘The only requirement is you have to be over [5-foot-8-inches] because you're going to be Dean's girlfriend and you have to be able to talk fast.' And I was like, ‘Oh this is in the bag,'" Kebbel laughed. Kebbel and her mom packed up and drove from Florida to Los Angeles for the audition. Once there, the first audition went well. Then her callback came, she said, and things changed.

"When I was waiting outside the room I was looking around at all these beautiful girls thinking I'm an imposter, what am I doing here, this is nuts. I went in the room, I like, bombed it and I wanted to run out and cry," she said. But director Kenny Ortega gave her a pep talk which helped her reset and nail it.

"By the time I got home, I got the call the I got the role and then I was filming the next day. It was all very, very fast. I didn't have time to think about it or understand what a big deal it was. And I literally just was using the entire experience as learning. I would watch scenes with Lauren Graham and Alexis Bledel even when I wasn't on set, just kind of being like a fly on the wall, wondering how they were learning all their lines, and how they would do it and when they would mess up how they would laugh and start again. I just really was like, ‘Holy s--t. Let me learn as much as I can here," Kebbel said with a laugh. 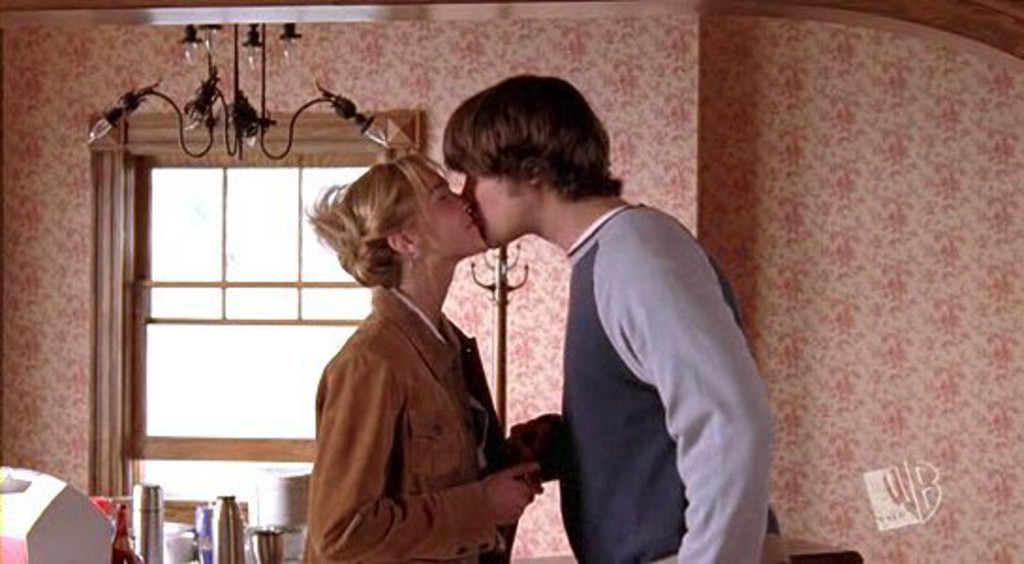 Gilmore Girls was a formative experience for Kebbel. It also gave her her first on-screen kiss. Because she was 17, her mom was present with her on set and unbeknownst to Kebbel, she had words with Padalecki. "She went up to him…and said, ‘Be good to her this is her first on-screen kiss.' And so then, when I was acting all cool, l like it was no big deal, he said, ‘So…I'm your first big kiss, huh?' And I was mortified," Kebbel said. 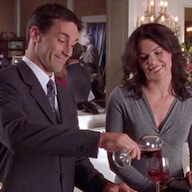 Another early role that provided an eye-opening experience for Kebbel was a guest spot on Law & Order: SVU. Kebbel appeared in "Mean," a season five episode of the long-running NBC drama. Kebbel was one of a group of bullies who came into the crosshairs of Olivia Benson (Mariska Hargitay) and Elliot Stabler (Christopher Meloni) after the death of a classmate. Kebbel said she got the role early on during her time in Los Angeles in the early 2000s. 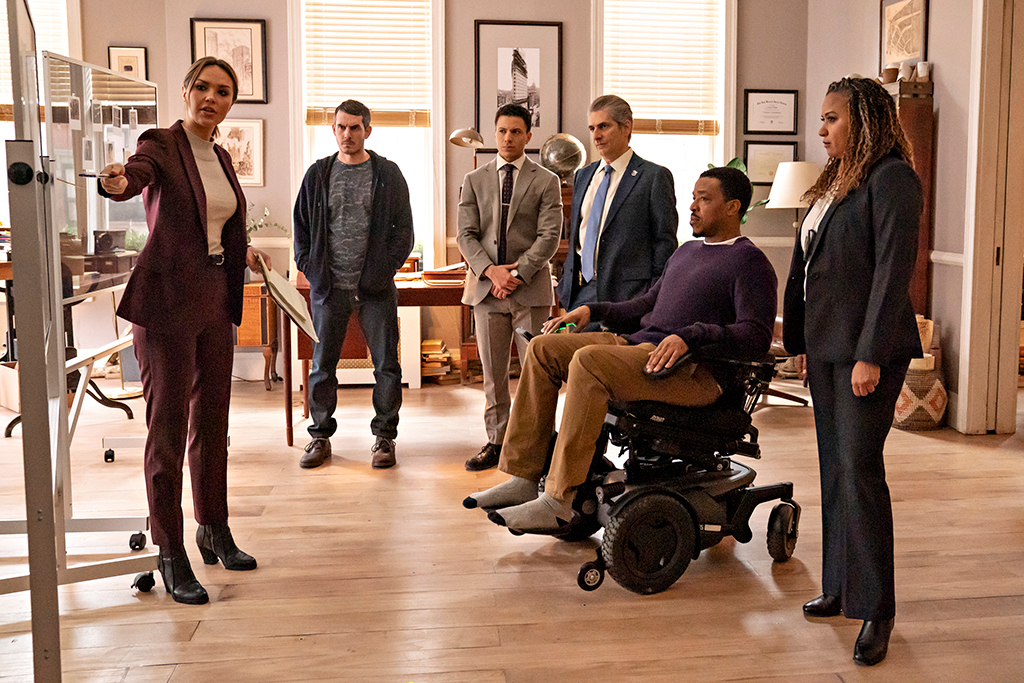 "I knew going into it, I'm like, ‘I just need to nail this to prove to myself that I could do it,' and the bonus was obviously getting the show. It was a big deal to me because it was the first time that I was pushing myself emotionally both in an audition and then on camera and then I knew that I could it. That I knew I could trust my body to go there emotionally, to cry when I needed to cry, to let go of the control and just trust whatever will come out, will come out," she said. "I remember just watching Mariska, she has such a warm way about her but she's also very strong. I watched her on that, and she ran the boys, but she ran it in a powerful, grounded loving way and I really respected that. It was such a full circle moment this past year at Upfronts when Lincoln Rhyme got picked up, she actually introduced our show. So, I ran into her after and tell her what a full circle moment that was for me and we hugged, and it was a moment! It was nice."

Now Lincoln Rhyme: Hunt for the Bone Collector is wrapping up its first season and Kebbel warned there's more than one cliffhanger ahead.

"There are two. It's a two-hour finale and the end of [episode] nine is quite shocking and [episode] 10 leaves you definitely in tears… followed by a scream," she said with a laugh. "That's all I can say. I can also say that these two episodes, I am probably the most proud of. Our writers really put us through it, I do so much emotional journeying in these last two episodes. There's fighting and there's tears, someone may or may not die. I mean, it's all over the place so I'm really excited for everyone to see it."