Hannah Brown is showing her support for Hannah Ann Sluss.

The Bachelorette star took to Twitter on Monday after watching the dramatic season finale of The Bachelor.

"Hannah is a great name and roll tide. #TheBachelor," she tweeted.

As fans are well aware, Brown chanted "roll tide" throughout her season. The phrase is the rallying cry for the University of Alabama's Crimson Tide. Interestingly enough, Sluss' fellow contestant, Madison Prewett, is a big fan of the school's in-state rivals Auburn University and her dad is an Auburn basketball coach.

This wasn't the only social media move to draw attention. Brown also liked an E! News Instagram post that was re-shared by a fan account. The post featured a photo of Sluss and Peter Weber at The Bachelor: After The Final Rose and one of her quotes.

"If you want to be with a woman, you need to become a real man," it read.

While Chris Harrison says nearly every season finale will be the most dramatic one yet, this ending was certainly one for the books.

For those who missed it, here's what happened: Prewett left the show but Weber decided to continue to pursue his relationship with Sluss. He ended up proposing to the Tennessee model; however, they called it quits after he admitted he couldn't give her his whole heart.

During the breakup, Sluss slammed Weber for taking away her first engagement. She also confronted him during After The Final Rose, telling him he "downplayed" his feelings for Prewett and that she felt "blindsided" by him.

"Peter, I mean, we've been through a lot together, and I should have really picked up on the first red flag that you gave to me, which is when you wanted to reach out to Hannah Brown to find closure with her," she said while giving the final word. "So really, looking back on it, our engagement involved three women: me, you still being in love with Madison and proposing to me and you needing closure with Hannah Brown. That's three women involved in our engagement that I was completely blindsided to. So a word of advice: If you want to be with a woman, you need to become a real man." 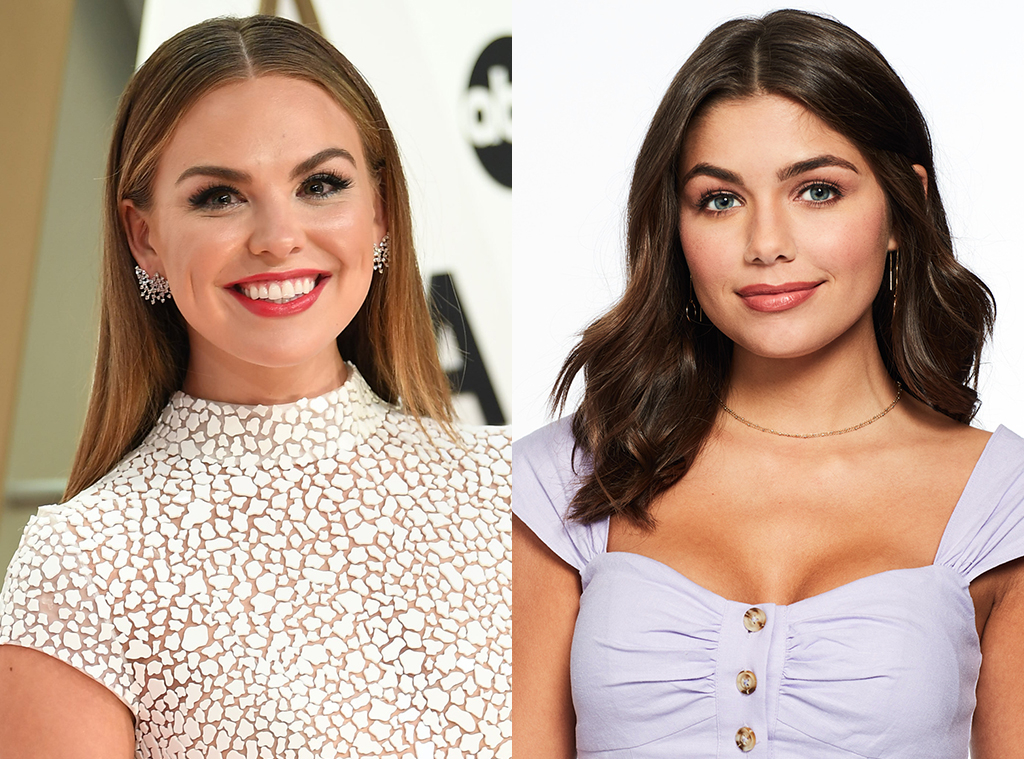 After the breakup, Harrison shared the split news with Prewett, and she ended up surprising Weber with a visit. Prewett also appeared on After the Final Rose, where Weber confirmed his love for her. However, Weber's mom, Barbra Weber, didn't seem happy about the reunion. She claimed Prewett previously kept her family waiting three hours back in Australia and that she told her she didn't love and wouldn't accept a proposal from Weber. In the end, she said her son would just have to "fail to succeed."

Fans first met Weber on Brown's season of The Bachelorette. Brown then made a quick appearance at the beginning of his season during which she admitted she questioned her decision to send Weber home. The pilot then asked her what she would say if he invited her to join the other women in The Bachelor mansion. Ultimately, she did not.

"I can't help how my heart feels," he said at the time. "I look at her, and I just don't want to stop looking at her. And I want to just kiss her and just...just like have had all this work out. And it didn't, and I know it didn't. And I just, I feel like such a jerk because I have such an awesome group of girls here expecting to meet someone that was truly ready to have this work for them as well, and I don't know."

While Weber's season is over, fans won't have to wait too long to see another member of Bachelor Nation hand out the roses. Clare Crawley's season of The Bachelorette begins May 18.